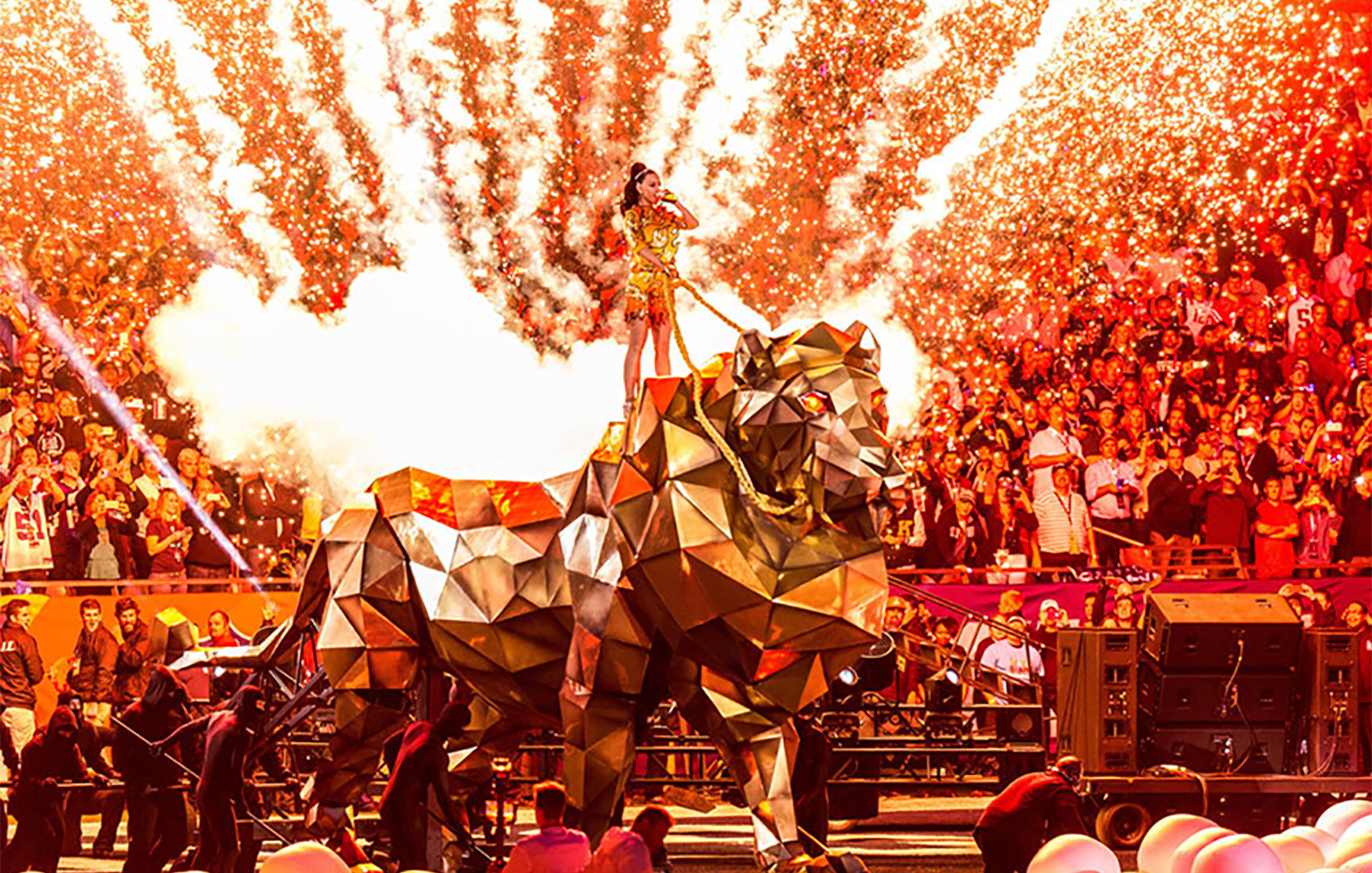 disguise was used to run the video content during the Super Bowl XLIX half time show, which featured US pop star Katy Perry and guest artists Lenny Kravitz and Missy Elliott.

The show, lasting just under 15 minutes, was watched by millions worldwide and included a robotic lion, a stage resembling a beach with dancing sharks, and a spectacular finale with the song “Fireworks” in which Perry moved above and over the stage hanging off a shooting star.

Video content from Ohio-based company Lightborne was pre-visualised in disguise, and with an expert video team on site including Kris Murray, Jason Rudolph, Matt Waters and disguise's own Ash Nehru and Zak Haywood, disguise was used to calibrate as many as 80 projectors and playback the show.

The full story on the Super Bowl half time show has now been added to our showcase pages with more production details.