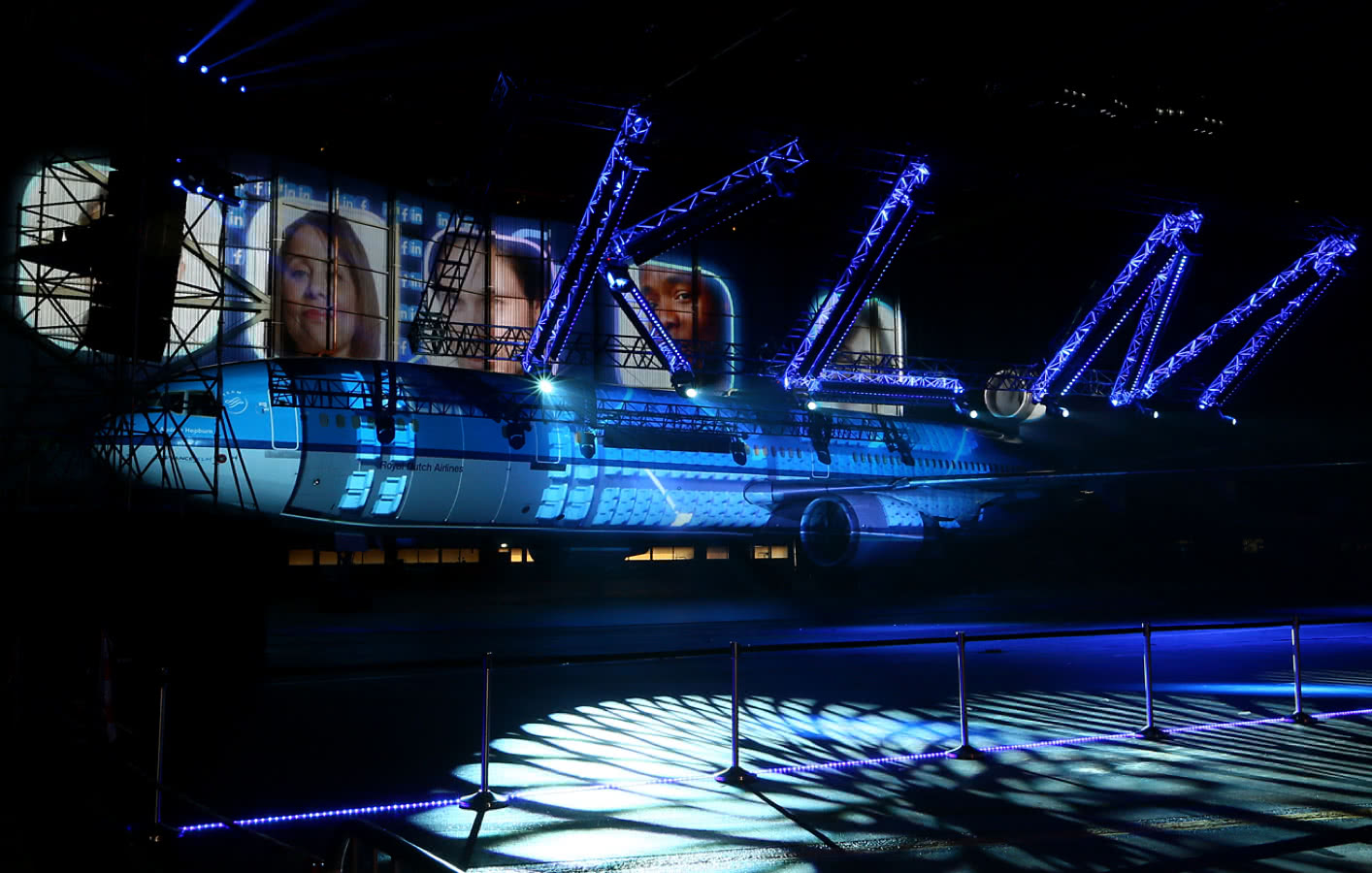 Live Legends, formed earlier this year by the merger of The Unit Showcontrol and content creator LiveLAB, is a disguise Rental Partner and Studio offering a full in-house disguise solution for pre-production and production of live events. Having collaborated on many global productions for major marketers such as Heineken, Nike, KLM, Disney, Tommy Hilfiger, Mercedes as well as musicals like Moeder Ik Wil Bij De Revue, Das Wunder Von Bern and The Bodyguard, forming Live Legends was the logical next step towards realising their international ambitions.

“With the merger we now have everything in-house: more producers, video operators and content direction so we can offer our clients the full scope of creative concepts, content, lighting and set design, and showcontrol in our studio or on location,” says Live Legends’

Live Legends turns to its roster of disguise media servers for the “stability, creativity, speed, capacity and support” the systems provide to productions, says Dave van Roon. “disguise is easy for me to use; I don’t know of a system I would prefer over disguise.”

Live Legends has just completed an upgrade of its entire fleet of 15 pro range media servers. An industry first, VFC cards add value to Live Legends’ disguise investment by providing the ability to gracefully transition from HD to 4K. The Quad DVI card enables users to drive up to 16 HD (1920×1200) or four 4K Displayport 1.2 outputs from a single 4×4pro system so large, multi-projector shows can be delivered with fewer machines and no downstream splitter devices. Drastically reducing cost, rack space, set-up time and complexity without adding signal latency.

“The support from disguise has been brilliant. We have been working with disguise for a while now and have direct contact with the development team, too.”

For a couple of years now, Live Legends has deployed disguise systems on “Julia,” an innovative symphonic show for the Rotterdam Philharmonic Orchestra; the Dutch musical adaptation of the 1992 film “The Bodyguard;” the 95th anniversary celebration for KLM; the inauguration of Pioneering Spirit, the world’s largest platform vessel from Allseas; and the Royal Netherlands Air Force Open Days event, just to name a few. More information and pictures can be found on the Live Legends website.