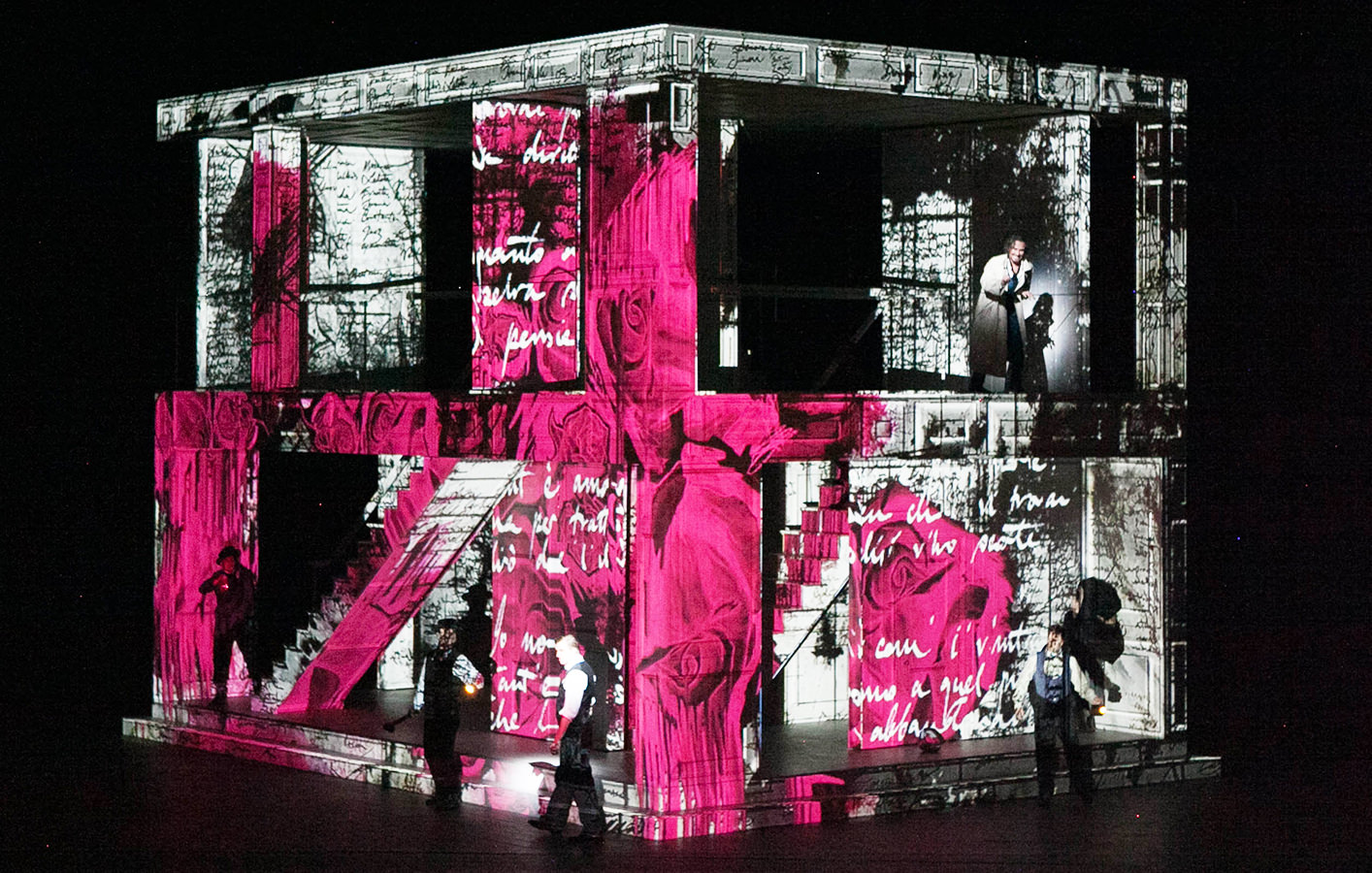 Luke Halls started his eponymous design studio almost ten years ago, building on his successful freelance career as a video and animation designer. He has worked on a wide variety of music, theatre and dance projects, from U2 and Beyonce to Carmen to the 2012 Olympic and Paralympic Games closing ceremonies. As a longtime user of disguise, we recently sat down with Luke to find out more about his career to date and his views on the industry’s evolution. 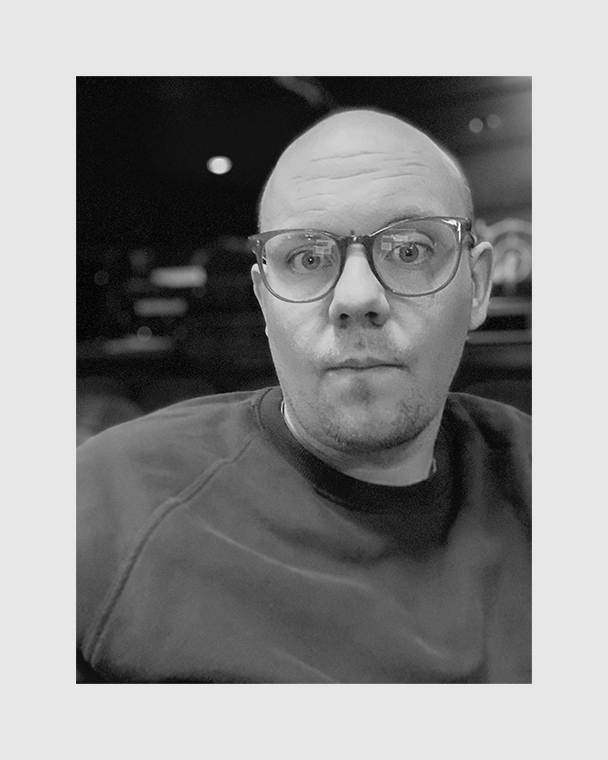 disguise: What first drew you to video design? How did you get started?

Luke Halls: I was always interested in digital art at school. I spent all my time making animated films, and I also loved the theatre. I knew I wanted to be involved in the performing arts in some form. Rather than formal study, I went straight from school into a job in a Soho post house at a time when video began to move onto desktop computers. I was in the right place at the right time and became a freelance animator working on commercials and videos.

I had a chance meeting with Willie Williams, the lighting designer and show director, and he invited me to work with him on some shows – that was my first opportunity to work in the live event sector. That led me to start doing music tours, and I gained a lot of experience at a young age with big bands and artists including Genesis, George Michael and the Rolling Stones, to name a few.

I was doing a show with Take That when I had another chance meeting that led me into another new world. Es Devlin, the amazing artist and stage designer, invited me to work with her on an IMAX project for the BFI with the musician Nitin Sawhney; that led on to further collaboration on some opera productions, where video was only just beginning to be used.

After nine years of freelancing, I started my company, Luke Halls Studio. I made the decision for a number of reasons – firstly, the technology had moved on to where more firepower was needed to take advantage of the creative tools on offer, and there were many different skills and techniques required - plus a bigger team would enable me to take on larger or more complex projects. I also wanted to start training people because no-one else was really doing this kind of work – taking projects on tour, generating really large canvasses – so I wanted to pass on that information and experience.

d: How does your work on music shows differ to theatre or dance productions?

LH: Honestly, it doesn’t really differ that much, but people think it does. Artists are often pigeonholed which is a real shame because there is so much that different genres can teach you. I would like to see more people doing more cross-media work. Ultimately, whether you’re working on a theatre production in a small venue or a music show with an audience of 80,000, it’s about storytelling and getting people to feel different emotions; you use the same skills, it’s just a different story.

d: How has the industry changed in 18 years?

LH: When I started out, the technology was just beginning to become available to enable more creativity with the big screens at stadium shows. Tools like After Effects and Premier really democratised the industry, similarly to what happened in the music industry when kids started making music in their bedrooms.  That’s when video really became exciting, and I feel very lucky to have gone through that whole transition.

The range of tools available today is huge, and the firepower of the technology allows you to work with much larger canvases and create imagery that was previously impossible. People have also become more open to using video where they perhaps wouldn’t have thought of it before. 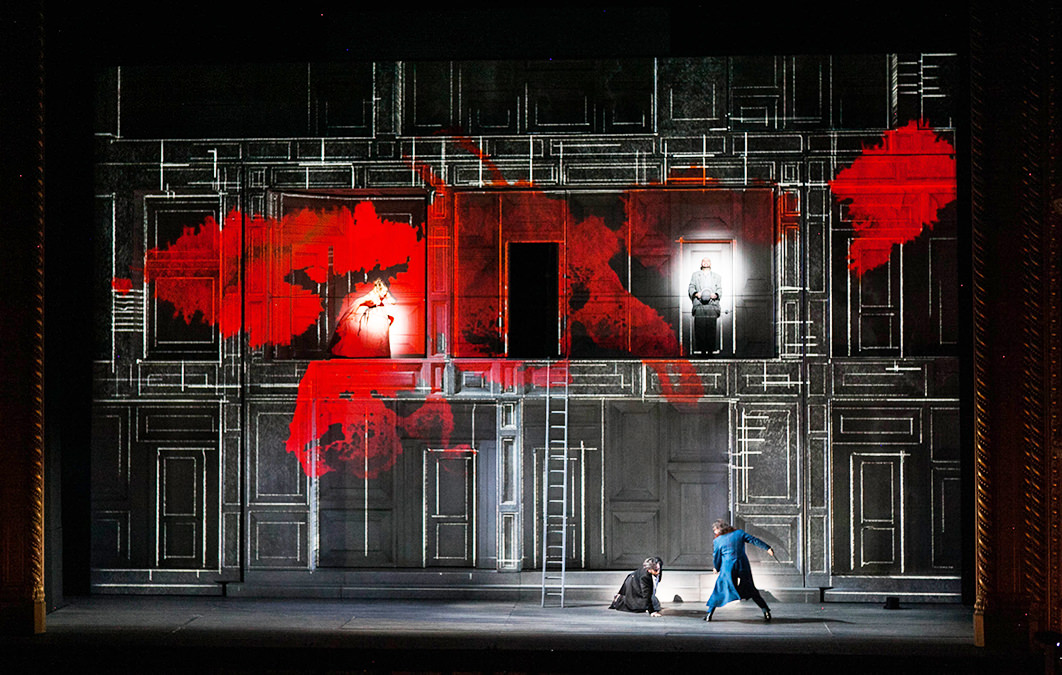 d: When did you start using disguise, and how has it made a difference to your work?

LH: I first used an early version of disguise on the U2 Vertigo tour – Ash was actually there writing it as we went along! So it must have been one of the very first implementations of disguise.

When I started, video wasn’t really used in theatre until we did Don Giovanni at the Royal Opera house – that was the first time we used disguise in an opera environment, and we have used it almost exclusively since then for all kinds of projects. In fact, it’s very rare that we have a project that doesn’t go through disguise.

It changed the way we work with programmers. Because it is timeline-based it makes sense to editors and animators, so it’s easy for them to pick up. That means we can take a lot more programming in-house.

The ethos of the system fits the way that we want to work, enabling us to build and test a show in the studio, which makes on-site implementation much easier.

d: Which project are you most proud of?

LH: Don Giovanni was very special to me. It was the first time I was able to map projections properly onto moving sets with multiple projectors; the projections followed the director’s interpretation of the piece and were completely embedded into the show. It was very challenging - we had limited time on stage and a strict budget - but it worked beautifully. It was a huge technical achievement and the first time it had been done in an opera house – previously something similar had been only achieved in music stadia. I’m really proud of that one. 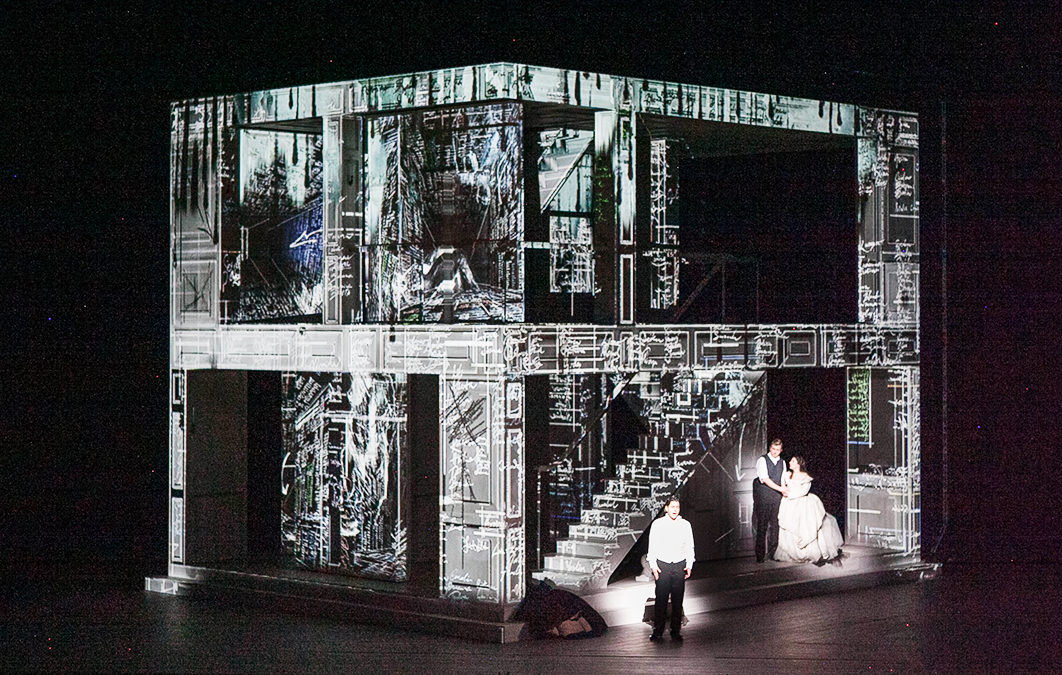 d: Is there a project that was particularly challenging?

LH: Perhaps it’s a cliché, but every project is challenging because everyone is different. The output is different, so the process has to be different. Every time, we have to think: how are we going to do this? It’s what keeps me getting up in the morning.

d: What advice would you give to people starting out in the video design world?

LH: Don’t do it the way I did! Things were very different then, of course, there was no set path to follow and equipment was out of reach… today video is everywhere and the creative tools are readily available, so that side is easier. My biggest piece of advice, though, is not technical: I would tell any aspiring video designer to find someone whose work inspires you and shadow them. I was lucky to work with two really great people at a young age, and they taught me not only about creating good work but also how to behave in a professional way in collaboration with others.