Meaning in the Making 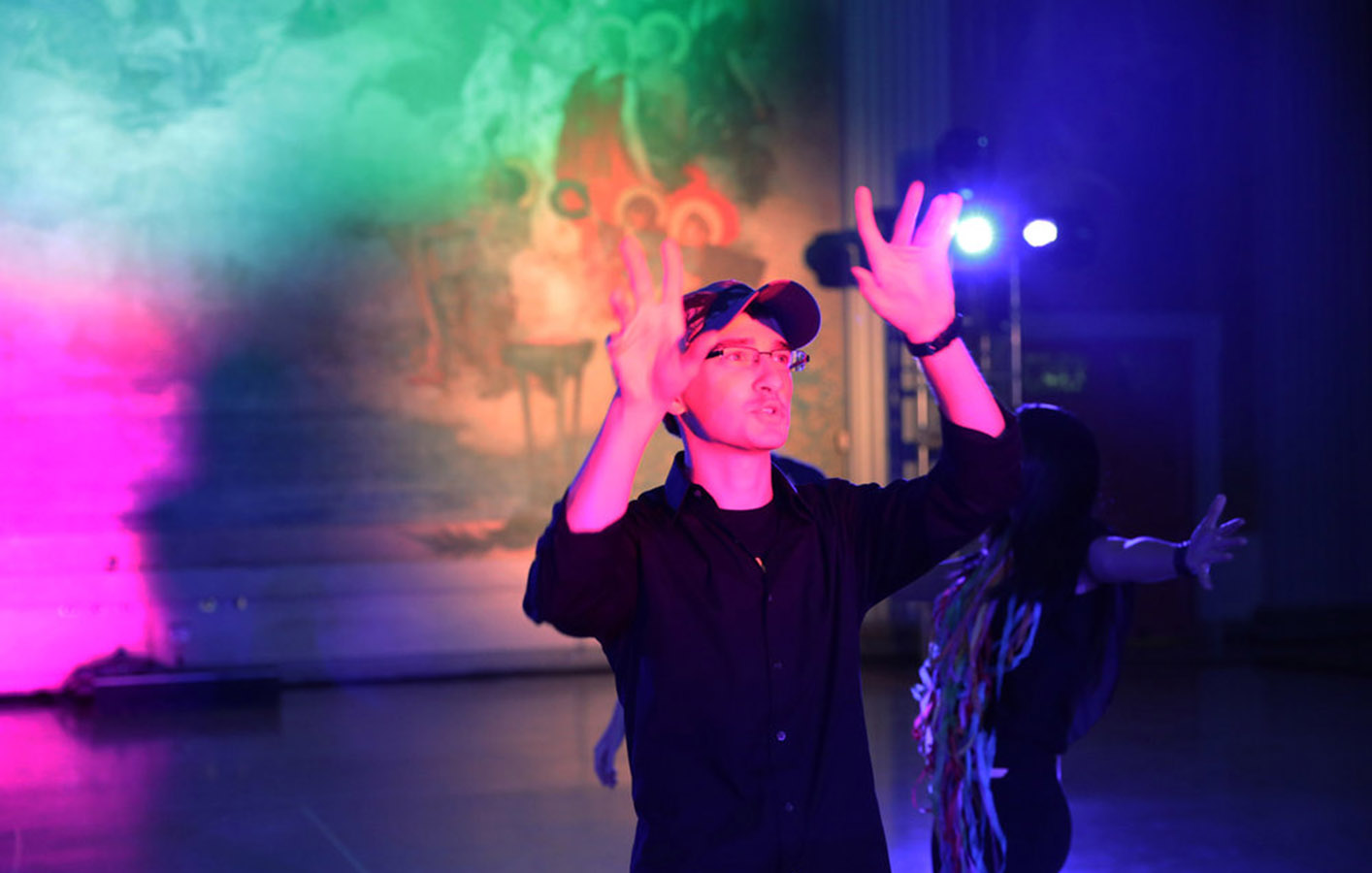 disguise was a proud sponsor to senior thesis exploration, 'Meaning in the Making'. The project used the gx range to create an original, immersive, multimedia night time spectacular show, focused on the relationship between humanity and technology.

Writer, producer, creative and technical director for 'Meaning in the Making', was Garrett Parrish. He recently graduated from MIT, The Massachusetts Institute of Technology - a private research university in the US, having majored in Mechanical Engineering and Entertainment Technology. As a long-time student of Art and Technology, Garrett has spent his time at MIT combining all disciplines to create immersive and meaningful experiences.

'Meaning in the Making' started as a senior thesis exploration and grew into a project that brought many different people across the MIT community together.

The overall design of the show was to create "a fifteen-minute multimedia nighttime spectacular that transforms MIT's Walker Memorial with lights, projections, performers, and practical effects to tell the immersive story of Humanity and Technology," explains Garrett. With its premise being to "engage the upcoming freshman class, and greater MIT community, in an inspirational reflection on MIT's process of 'Mens et Manus' ('Mind and Hand') and how delving deeper in our hearts adds colour and meaning to what create. It was inspired by Disney nighttime spectaculars and Olympic opening ceremonies."

The project was generously funded by several groups and organisations at MIT and beyond and, by the end of show, over 50 students, faculty, and community members had participated in some capacity.

Garrett explains that using disguise and in particular the gx range, "was absolutely indispensable to achieving the full potential of the show." The show was designed from the ground up to incorporate the 360-degree nature of the venue requiring multiple projectors to be positioned throughout the space. As Garrett adds, "the gx allowed us to easily connect multiple projectors throughout the space and gave us immense creative freedom when designing the show".

The gx range was also particularly important in helping Garrett achieve his desired immersive environment; "the first scene of the show is a primeval outdoor scene featuring natural sounds, grass, a starry sky etc. The gx allowed us to fully surround the audience in the sights and sounds of nature and to easily manipulate those images in the software to great emotional effect. The gx also allowed us to program dynamic behaviours of the video that truly made our story come alive to the audience."

In detailing the key features of disguise for this project, Garrett adds that "the most important feature was the ability to render video content in a 3D model with an easily controllable timeline. This was absolutely indispensable to the production as we only had a finite amount of time with the machine and the show came together in the last few weeks. This feature allowed us to drag and drop all of our media in the space and play the entire show back from top to bottom so that we were most prepared."

Additionally, "QuickCal allowed us to be up and running within 30 minutes of entering the space. Since we only had less than 24 hours between our load-in and show time, this was critical. Finally, the mapping features on the media server truly expanded our creativity. There were times when we would discover a way screens could be mapped that opened up new possibilities for content creation. Though there was only a limited amount of time, this was refreshing and liberating."

Whilst Garrett explains he "only had enough time to scratch the surface" with what disguise could do, he was impressed by its "ease of use, and versatile features."

Garrett adds that "throughout the first six months of pre-production, I acted on my own fairly autonomously. However once production began, my composer and video designer were my two main creative collaborators with my choreographer coming in near the end. Additionally, my executive technical director (Ben Bloomberg), lighting programmer (Peter Torpey), and electronics engineer (Brian Mayton) were indispensable production collaborators during the production build and programming.The project was generously funded by several groups and organisations at MIT and beyond and, by the end of show, over 50 students, faculty, and community members had participated in some capacity."