We will be in Hall 4.0, Stand C21, showcasing our current pro range as well as launching the new gx range, specifically geared towards the generative content wave.

We will also be revealing a sneak peek of our company rebrand. The international trade fair for entertainment, integrated systems and creation, is one of the biggest in the industry calendar. Last year, 940 exhibitors attracted over 43,000 visitors.

The pro range will be on display at Prolight + Sound 2017. Our pro range was created with one core mission in mind: to play huge video content across massive canvases, in the toughest of live environments. It’s been used on some of the biggest and most complex of projects, including, Buckingham Palace, the Hoover Dam, KLM’s Boeing MD-11 airliner and the 2016 record breaking Circle of Light festival, in Moscow, Russia. The pro range has been engineered with the power to scale any show with the smoothest possible live playback experience, whilst remaining tough and reliable. The latest member of the pro range, the new 2×4pro, launched earlier in 2017, will also be on display. With two VFC slots, this machine brings the power of the pro range to mid-range shows. 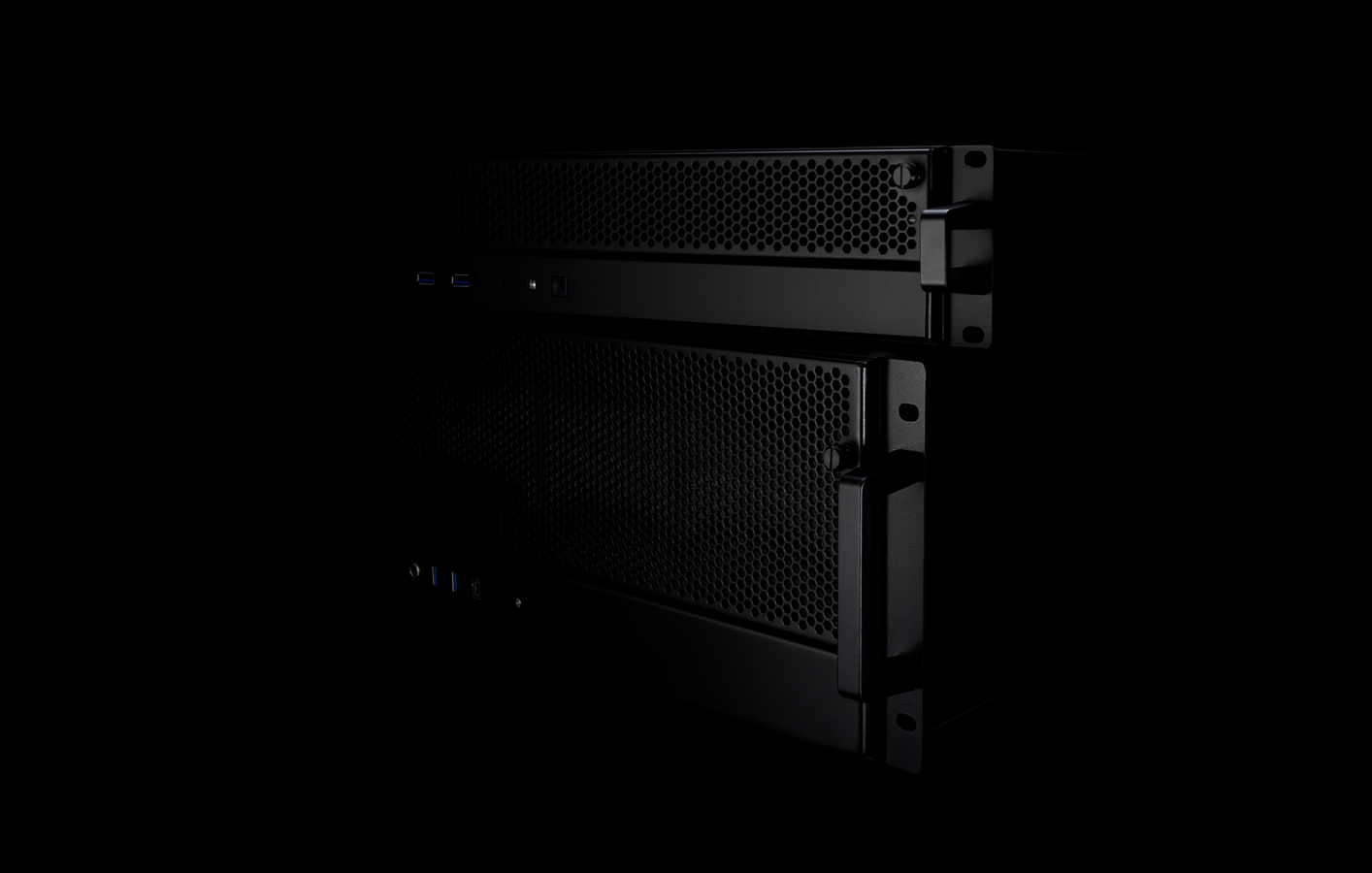 We’re excited to announce that our brand new gx range will also be on display. Developed as a continuation from the success of the pro range, the gx evolution has been designed to facilitate the coming wave of generative content being used in live show design.

There will be two models as part of the new range, the gx 2 and gx 1. The gx 2 features the fastest workstation GPU currently available, and presents two VFC slots (two 4k outputs, or eight HD) in the same rugged chassis as the tried and tested pro range. The gx 1 aims to bring the same power density to smaller shows, packing a powerful single-width workstation GPU and presenting a single VFC slot (one 4K, or four HD outputs) into an all-new compact yet rugged 2U pro chassis.

Currently steering the wave of generative content forward is Notch, a third party software partner and a pioneering tool for creativity, enabling creatives to make real-time interactive, live visual content with an unprecedented level of quality and flexibility. All of the gx range hardware platforms will come bundled with a full Notch playback license, enabling you to have the latest access to the software without any barriers.

Alongside our new product range, we will also unveil an exclusive sneak peek at our new branding. The new logo and beta product website will be on full display at Prolight + Sound 2017, marking the opening phase of the company’s rebrand. The new identity, which will also see a complete new website go live in June, reflects the ambition to meet the needs of a rapidly expanding international community using disguise.

Our growing staff team, including Sales, Support, Marketing, Training and Dev will all be on hand at this year’s Prolight + Sound. We will be joined by TEM studio, who have created work for artists such as Beyoncé, Jay Z, Lady Gaga, as well as Laura Frank of Luminous FX, whose recent work utilising disguise includes the MTV Video Music Awards 2016.

To celebrate, what is set to be, an incredibly exciting year, we will be hosting our own stand party on Wednesday, 5th of April, from 5pm until 10pm. Anyone attending PL+S is warmly welcomed to join.