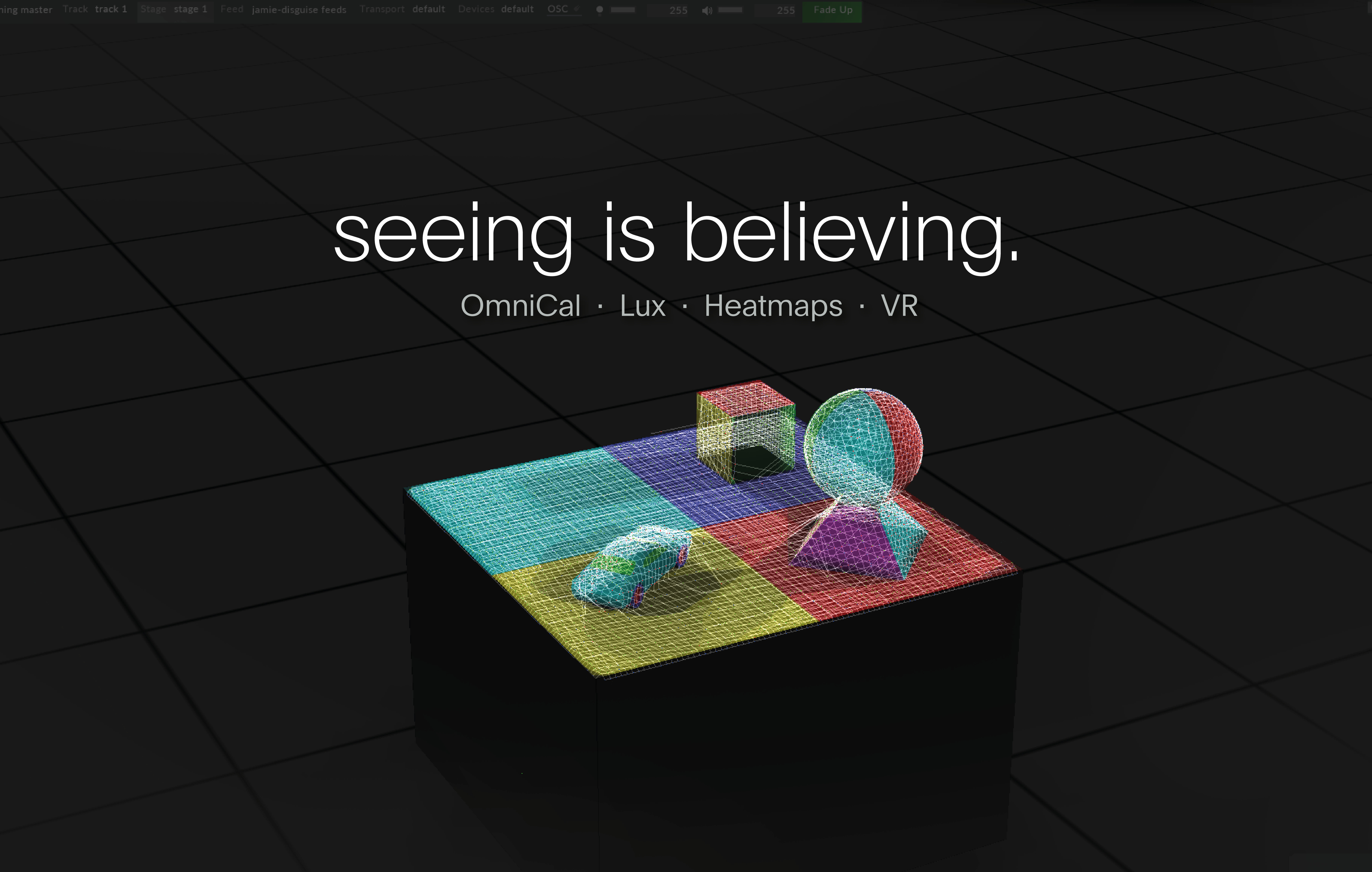 We are excited to announce the release of r15, the latest release of our award-winning software.

Our integrated workflow solution is the ultimate tool to visualise, design, and sequence shows wherever you are, from concept all the way through to showtime.

The new software release has been designed to foresee and tackle some of the biggest industry challenges, by introducing new features: OmniCal, Lux, VR, and Heatmaps for projector studies.

Headlining r15 is OmniCal, a camera-based projector calibration engine that dramatically improves projection quality and setup time, even for the most complex setups. OmniCal works by quickly capturing a point cloud of the stage, accurately calibrating projectors to sub-pixel accuracy, and conforming pre-existing surface meshes to match reality. OmniCal requires no intervention with projection surfaces such as LED markers or sensors, allowing it to be used for any kind of projection challenge, from cardboard boxes to castles.

OmniCal is a hardware-on-software solution. There are two hardware kits available: wireless kits that use iPod Touch for on-the-move and quick setups, or wired kits that use pre-configured ethernet-based machine-vision cameras. The hardware has been developed and tested alongside the software, ensuring reliability and user confidence.

"r15’s new machine vision platform is a significant leap forward for the platform. It’s been in development for a long time, but this is only our first step onto this new continent."

Ash continues, “Over the coming months and years we’ll see its applications gradually spread into all aspects of show production, increasing setup speeds and confidence.”

As part of the Lux software update, VR support will be going Gold for both the HTC Vive and Oculus Rift platforms - now you can sit your end-client down on a sofa and drop them right into their show.

If you’d like to use OmniCal for your next project, get in touch with the disguise sales team or any of their rental partner community to discuss your project in more detail.

To find out more, and to download the latest software version, visit download.disguise.one