Virtual production is fast becoming the go-to method for filmmakers to create cinematic virtual scenes with greater on-set collaboration opportunities. Lighting LED volumes, however, is still a key challenge. That is until recently, where 3500Kelvin, with the support of disguise technology, simulated the most difficult lighting conditions in an LED volume - outside, at dusk and with candles - proving that lighting virtual sets is achievable. Here is how they did it:

One of the major difficulties that come with using LED walls in film is handling lighting when shooting against an LED volume. This is especially the case when shooting at night time or in low-light interiors.

A key challenge is adding key lights without flooding the actual wall and distorting content colours.

LEDs are made with a semi-gloss finish, which causes quite a bit of reflection. On most projects, this can go unnoticed. When shooting under certain specific lighting conditions, particularly night or low light interiors, it is more noticeable.”

According to Schulz, the biggest challenge is shooting at dusk, specifically during “magic” and “blue hour” - just before the total darkness of night. Shooting in these conditions presents a major roadblock for incorporating virtual production into film, but the passion and innovative spirit in the virtual production community has once again found a solution.

In a revolutionary test that will pave the way for filmmakers to shoot in LED volumes when filming “magic” or “blue hour”, Schulz and his team set about to replicate these conditions in a virtual environment.

How 3500Kelvin conducted a lighting test

The test involved two shoots - the first was outdoors using natural lighting, and the next was inside a studio on an LED volume. The team at 3500Kelvin set up a scene with two actors walking outdoors at dusk holding candles out in front of them. After the exterior shoot was finished, they moved inside to shoot the same scene against an LED wall - replicating the previous shot with all the lighting details from the outside shot.

They started from the extreme parameters by bringing the ROE Visual BP2 panels to the minimum amount of one nit - the lowest number before they turn off entirely.

The team then adjusted their Sony Venice 2 camera for ISO and focal distance. They were also working with some of the latest Zeiss lenses with XD technology. The combination of lens and camera in this workflow allowed for this extreme condition capture.

Over a period of several days, the crew, with the help of the team from Brompton Technology, calibrated the panels with the latest firmware which allowed optimal lighting range.

Usually, dealing with lighting means that every node of the pipeline has to be adjusted - which is time-consuming and laborious. With disguise’s workflow, achieving consistency across the pipeline involved a vx 4 media playback server and two rx render nodes, which allowed parameters to be tweaked across the pipeline for overall control, resulting in consistent lighting across the production.

This was achieved without colour correction or touch-ups, where both shots came straight from camera to final pixel.

disguise as a server of choice for production pipelines

When it came to choosing a production pipeline for the test, disguise was an obvious choice for Schulz, Mac Jeffries (VP Manager) and the 3500Kelvin team. With Schulz’s years of experience working in visual effects in the film industry, he found disguise’s set-up to be “far superior to any other system”.

When I created a nighttime forest fire scene, with a firefighter struggling to put out the fires, on another virtual stage I ran in Fullerton, California in 2020, I would get my desired frame rate for a few seconds before the server array (which did not run on disguise) would slow down to 12 fps, then 5 fps and finally crash. I brought that exact scene into our 3500Kelvin stage, running our disguise vx 4 and rx set-up and the playback was flawless"

Schulz is also impressed with disguise’s AR implementation, which has allowed the team to bring in virtual elements perfectly integrated into the practical set for other projects.

The future of lighting in LED volumes

The ability to simulate outdoor lighting at dusk is a game-changer with far-reaching implications, giving filmmakers the confidence to choose virtual production for a much wider range of projects which would have otherwise been impossible. It’s innovations like these that are quickly breaking down the last remaining barriers to the widespread adoption of virtual production in the film industry. We are proud of 3500Kelvin for using our technology to break down these barriers and allow more projects to use the greater opportunity for collaboration that virtual production brings. 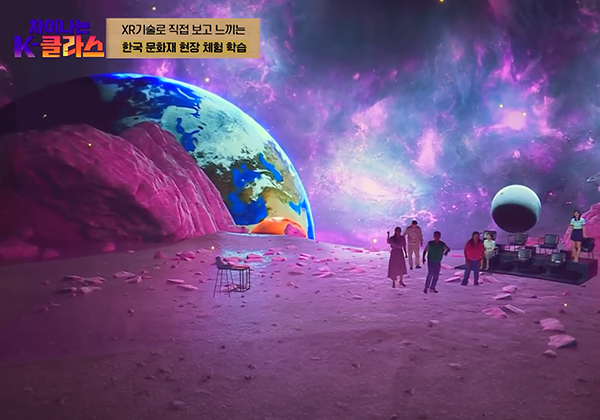