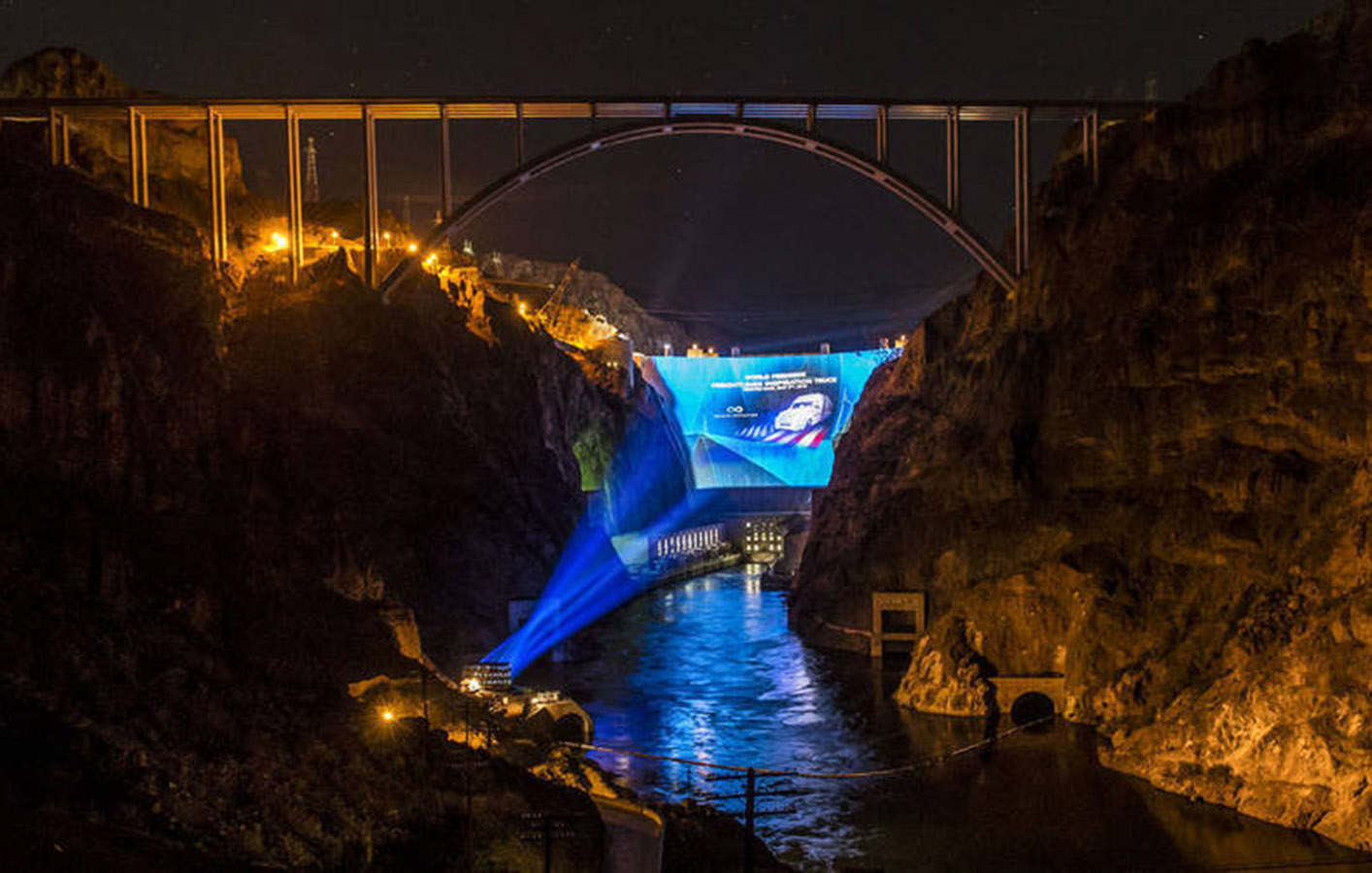 Creative Technology US team up with dandelion + burdock for record-breaking projection mapping on Hoover Dam for the new Freightliner Inspiration.

The spectacular Hoover Dam became even more spectacular when the curved wall of the dam acted as the nation’s largest ever projection screen for the launch of Freightliner Inspiration, a groundbreaking autonomous truck from Daimler Trucks North America (DTNA). Creative Technology, a world leading supplier of AV and technical staging services teamed with digital design and technology company dandelion+ burdock for the event, which featured five 4×4pro media servers from disguise driving video, graphical and IMAG content on the expanse of the dam wall.

One of the top ten engineering marvels in the world, Hoover Dam was built during the Great Depression on the Colorado River on the border of Arizona and Nevada. The massive concrete arch-gravity dam impounds Lake Mead, the largest reservoir in the US by volume, and is a popular day trip from Las Vegas.

The site was chosen to debut the Freightliner Inspiration truck, the first licensed autonomous commercial truck to operate on an open public highway in the US, to an audience of international news media, trucking industry analysts and officials. Autonomous vehicle technology promises to reduce accidents, improve fuel consumption, cut highway congestion and safeguard the environment. Unveiling the Freightliner at Hoover Dam symbolizes America’s continuing ability to dream big and accomplish amazing things, according to DTNA. 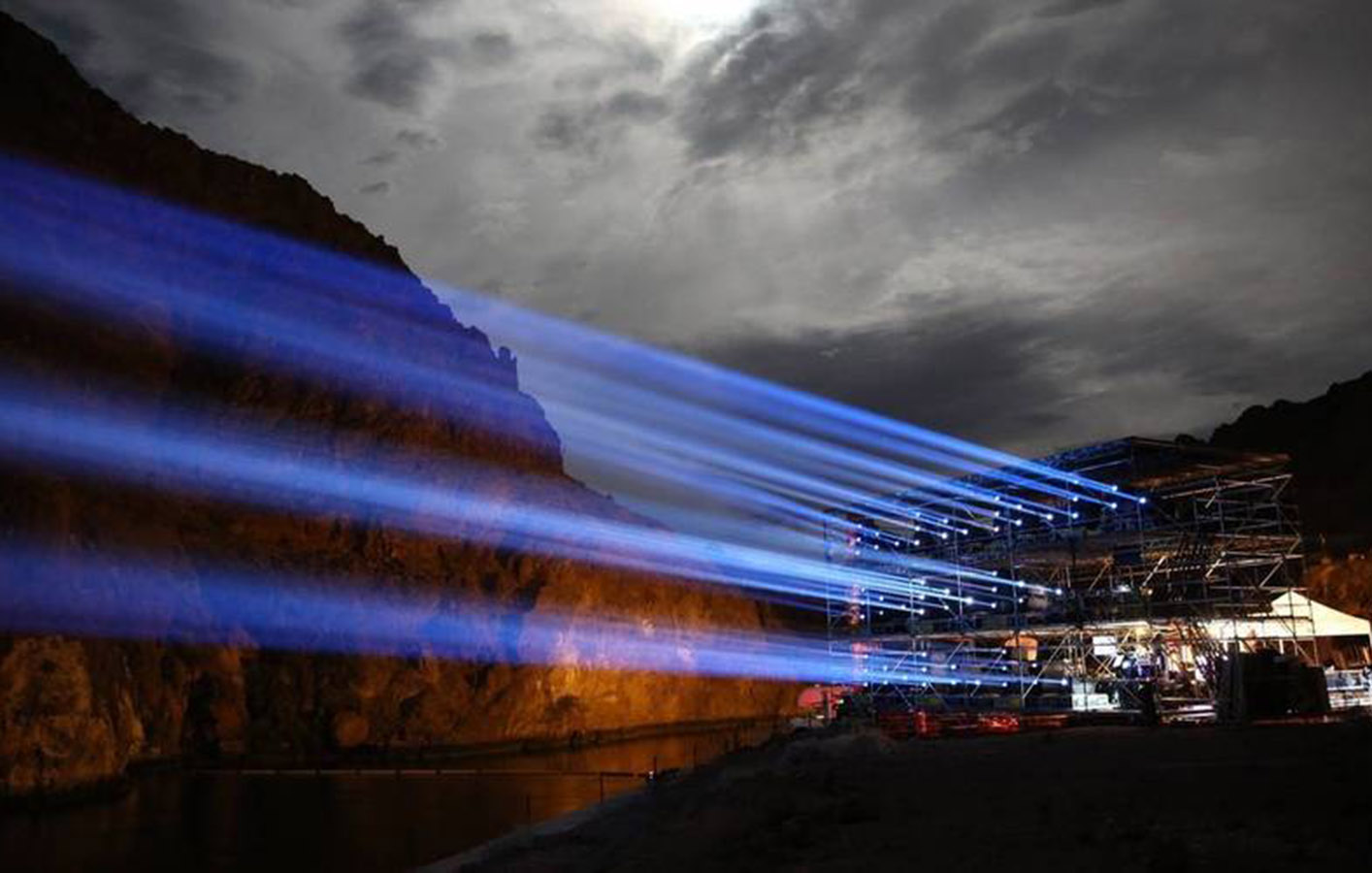 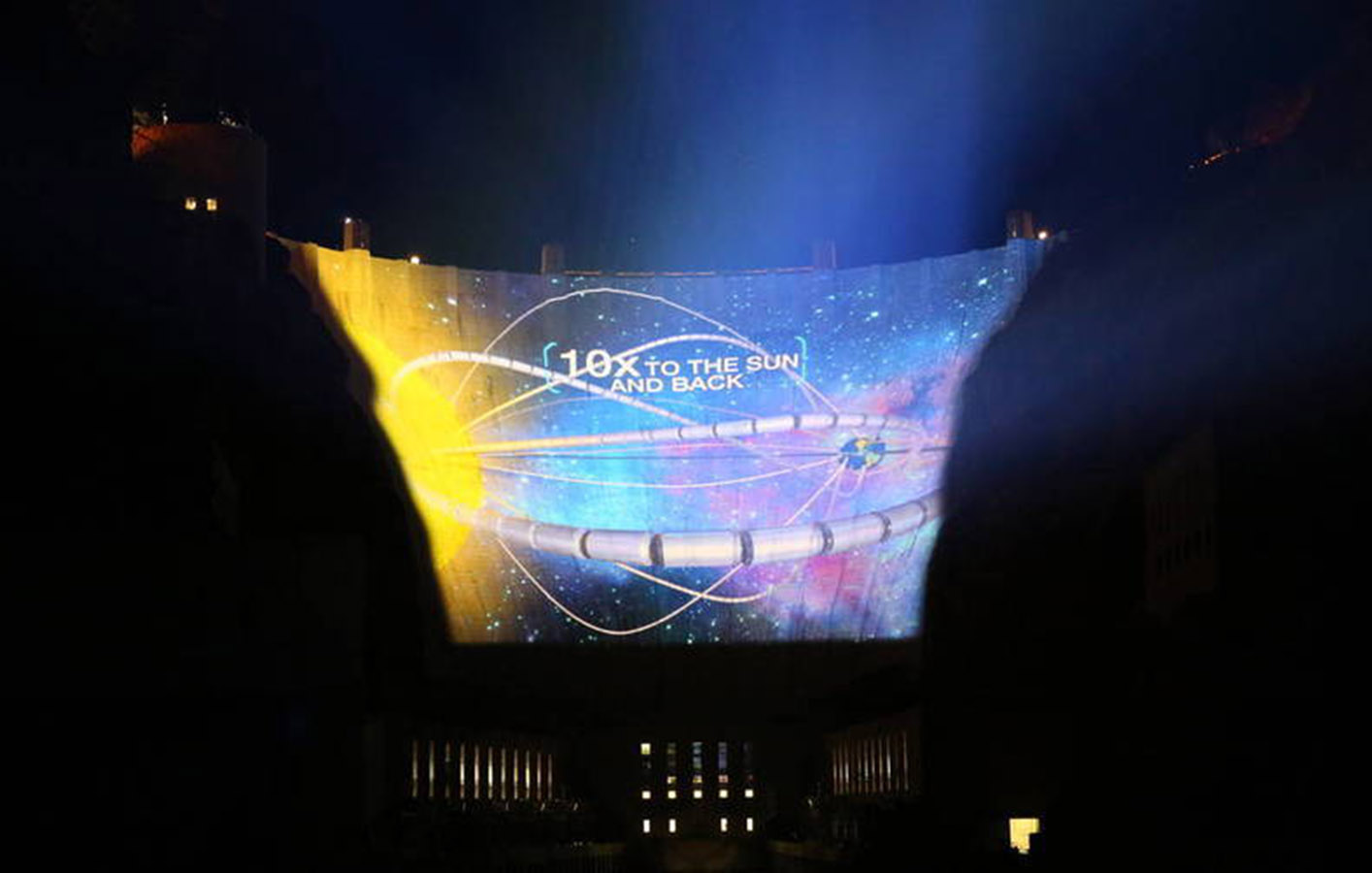 In prepro a basic 3D model of the dam, based on a limited data set, coupled with satellite imagery enabled Porrmann to use photogrametry to construct a draft model. Later, a laser survey crew on site precisely measured distances and angles to update and adjust the existing 3D dam model. The model was ingested into the disguise media server to previsualize the projector positions relative to the dam and show “what we could expect from rock and canyon shadows,” Henning says.

CT specified 60 Barco projectors, both W26 26,000-lumen and W20 20,000-lumen models,. The output of the projectors generated an incredible 1.17 lumens – an official Guinness world record among projections. Bob Loney of Tekamaki was the senior projectionist working with a projection crew of ten.

All five of CT’s new 4×4pros were deployed at Hoover Dam. “We ran the system in a fully redundant configuration. To minimize the signal transmission distance, the servers were staged with the projectors, except for one unit used as an editor to allow the show programmer to work in the space with the show director and content team.” Henning explains.

“Due to the power of the server we were able to put all ten channels on a single server and not worry about performance issues,” he points out. “That made is much easier than having to divide the channels across multiple servers.”

Porrmann says that, “being in possession of a 3D model of the dam allowed us to calibrate the 10 projector feeds in 3D space, which in turn gave us the option to use a new feature in disguise: Auto Soft Edge. This calculates the incidence angles of projector light to the surface and then blends the constituent images into one big canvas within seconds.”

Porrmann used the disguise QuickCal feature to calibrate ten key projectors in the stacks. “The remaining 50 projectors were siblings that were aligned by projection,” he says. “I’ve been using QuickCal for a long time now – it’s an indispensable feature.”

Henning hails the 4×4pro’s new 10Gb network capabilities, which permitted the team “to transfer content in a matter of minutes instead of hours.” Porrmann agrees. “Using the new 10Gb data distribution allowed us to have an editing server with the camera and show direction team,” he says. “All contents were loaded there and came to us, at the projection tower, via fibre. We ended up copying 130Gb in about nine minutes, even with a mile of fiber between computers.” 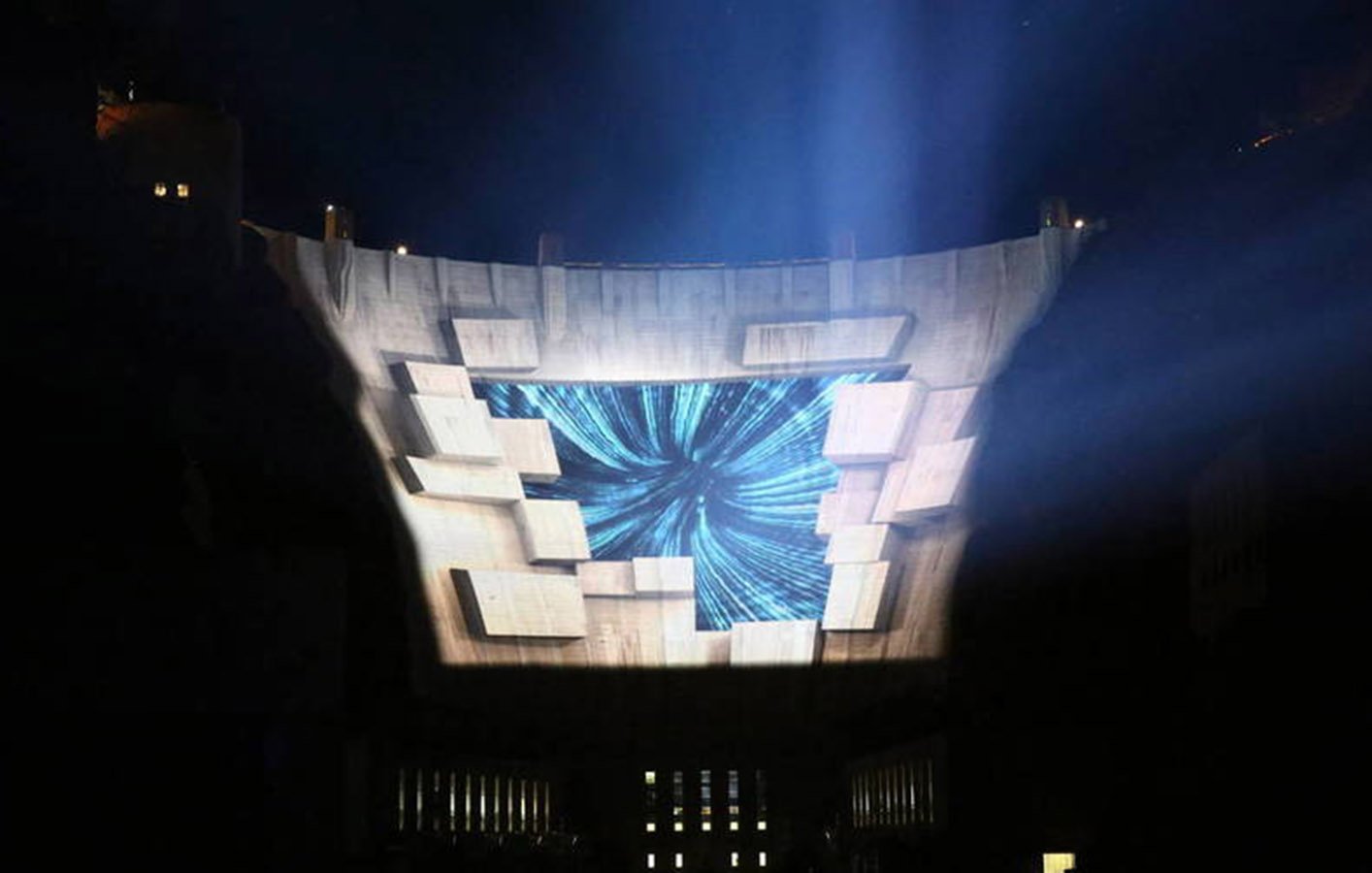 The 4×4pros’ minimal latency also meant that, “we brought in the live video inputs without a horrible lag,” says Henning. “There were eight cameras on the shoot to cover the truck reveal on the road across the top of the dam. They included cameras in a helicopter and chase car and a Steadicam on the dam itself.”

Although Henning says “All the equipment performed perfectly. Everything was 100 percent on the gear side and performed exactly as it should, meaning our biggest concern of site was the weather”

“The server set up and signalling was flawless, so disguise was not a point of concern in the workflow,” adds Porrmann. “When technology becomes so well integrated that you don’t second guess it, it’s successful!” 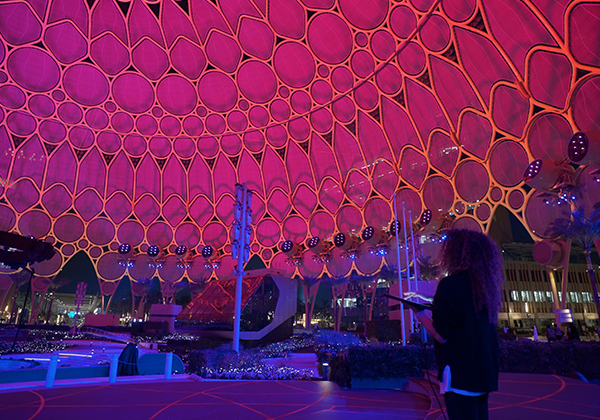