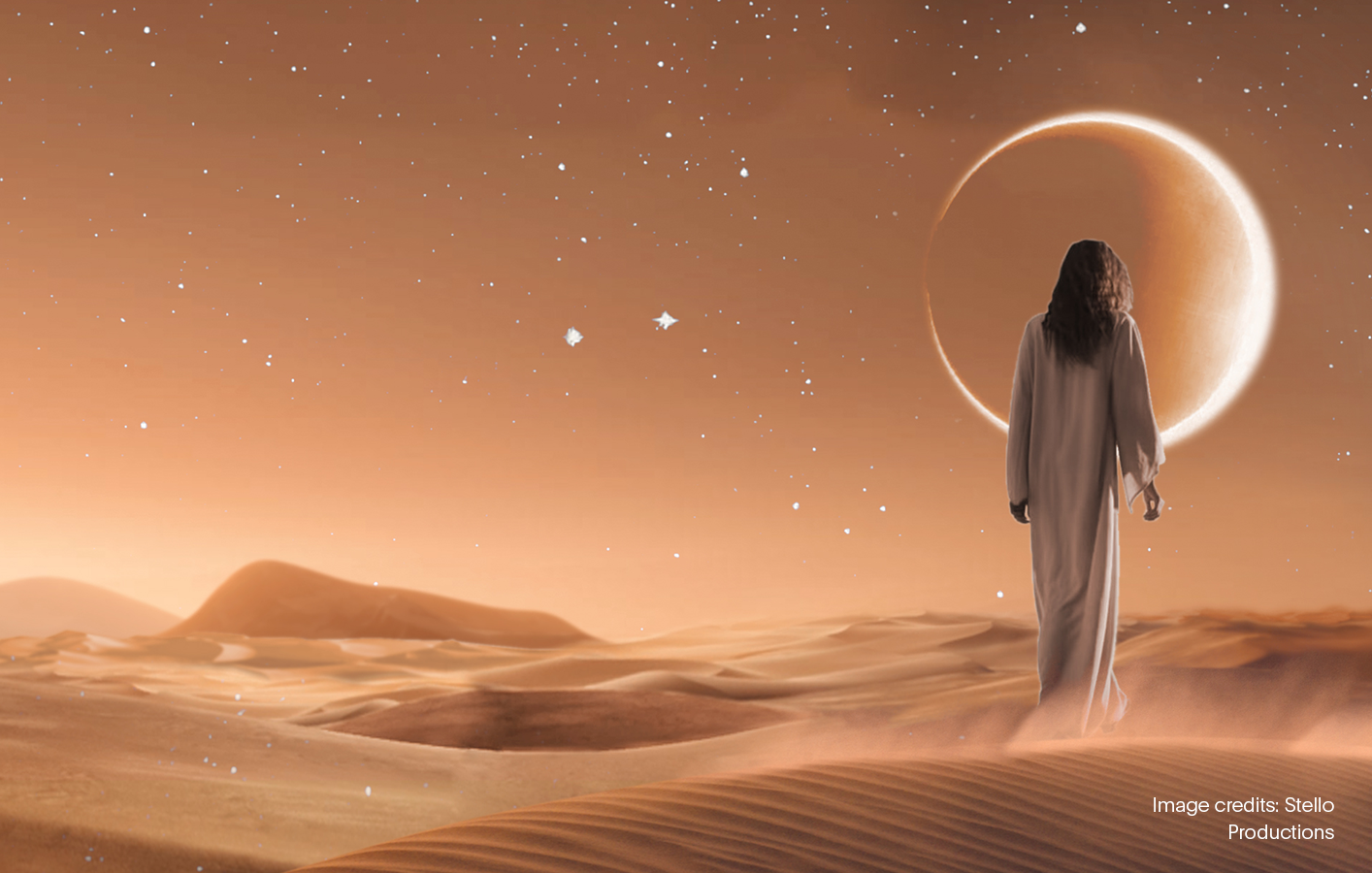 The challenge of filming a high-quality cinematic video in one of the smallest production windows imaginable was only achievable because of the flexibility offered by virtual production and disguise.

“The directors duo, J.A.C.K. imagined a dreamlike journey that would sublimate the symbols and values ​​of the celebration of Ramadan,” says Stello Productions disguise specialist Stan Walbert. “The film is composed of different universes that are presented in individual boxes.”

In each of these boxes, the audience is presented with a different fantastical environment: a mirrored desert, a walkway to the moon, or a shower of soft sparks raining down from above. These spectacular images would have been beyond the reach even of the talented production team if it weren’t for the flexibility that virtual production offered.

“The project came to us very late in December 2021,” says Walbert, “with shooting scheduled just three weeks later. This meant we had a very short period in which to create footage for the backdrop projections.”

The creation process was a mix between real-time 3D environments produced by DreamCorp 3D studio and pre-calculated assets produced by Nightshift, who managed post-production as well.

Stello’s experience with disguise meant that the solution to this short preparatory period was obvious. disguise’s workflow allowed Walbert and his team to anticipate every possible challenge ahead, and plan for it in advance. Using the workflow to preview their backdrops as they were being developed, Stello Productions were able to share the results with the directors, VFX supervisor and other key figures on the production team, and deliver clarity that would make the shoot itself all the simpler.

With only one day on set, the team had to take full advantage of virtual production workflows. Working with PRG’s Virtual Production xR studio in Paris was a key step.

“Thanks to the modularity of our studio,” says PRG’s Director Luc Colson, “we were able to work on two sets in parallel. Our mock-up shots could be rotated during the preparation of xR shots, and vice versa.” With a double shoot, the tight production deadlines could be met.

The disguise workflow, powered by disguise’s vx 4 and rx media servers allowed the team to deliver an end result without sacrificing artistic ambition while still accounting for practical studio concerns.

The production’s cinematographer, Daniel Bouquet, was passionate about using vintage lenses in unison with filters to create the atypical shots he had in mind for the shoot.

These lenses and filters soften the image and create interesting flares. But the lack of sharpness in the image made the geometric calibration more complex. disguise's quasi-automated spatial calibration workflow allowed us to calibrate both camera devices relatively quickly."

What could have been a complex issue that would have set other productions back longer than the total duration of Cartier’s shoot was instead fully resolved in only a couple of hours. It was another difficulty made simple as a result of the adaptable nature of the disguise workflow.

disguise offered the team everything they needed to deliver a stunning end result in a remarkably short time period. “It gave us preview tools, timeline and media ingest prior to production as well as Unreal Engine 3D scenery projection and camera calibration in under two hours, all from a single tool,” says Walbert. The entire shoot was carried out using a single disguise vx 4 media server and two rx render engines running Unreal Engine content.

The final result is a cinematic odyssey that plays out in just shy of a minute. Beautiful and yet impossible scenes unfold from boxes. These fantastical worlds are realised in small spaces - a perfect showcase of extended reality capabilities.

Learn more about virtual production by downloading our ebook 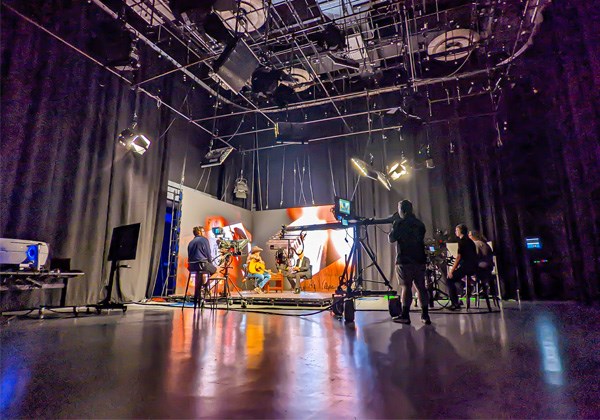 MTSU partners with disguise for its new on-campus xR stage