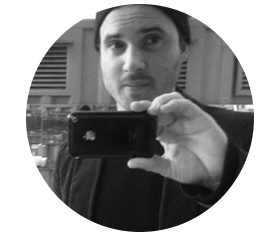 David has worked with disguise for many years and was one of the first disguise trainers to deliver training on the disguise workflow and taught hundreds of sessions around the World.

With his background working for the original creators of disguise/d3, United Visual Artists (2008-2011), followed by being Consulting Lead for d3 Technologies (2011-2014) and finally running his own consulting studio BAJT, David has a long list of impressive projects on his CV.

He has also founded Bild Studios alongside Rowan Pitts. With their combined experience they have worked with some of the the biggest acts, production houses and shows around the world, including concerts and tours for Beyonce, Lady Gaga, Jay Z and Red Hot Chilli Peppers, shows for major brands such as Nike, Samsung, Adobe, Mercedes, Cartier, Heineken, o2, and large-scale productions for Cirque de Soleil, Eurovision, Paris & London Opera Houses, Coachella, Glastonbury, and many mor