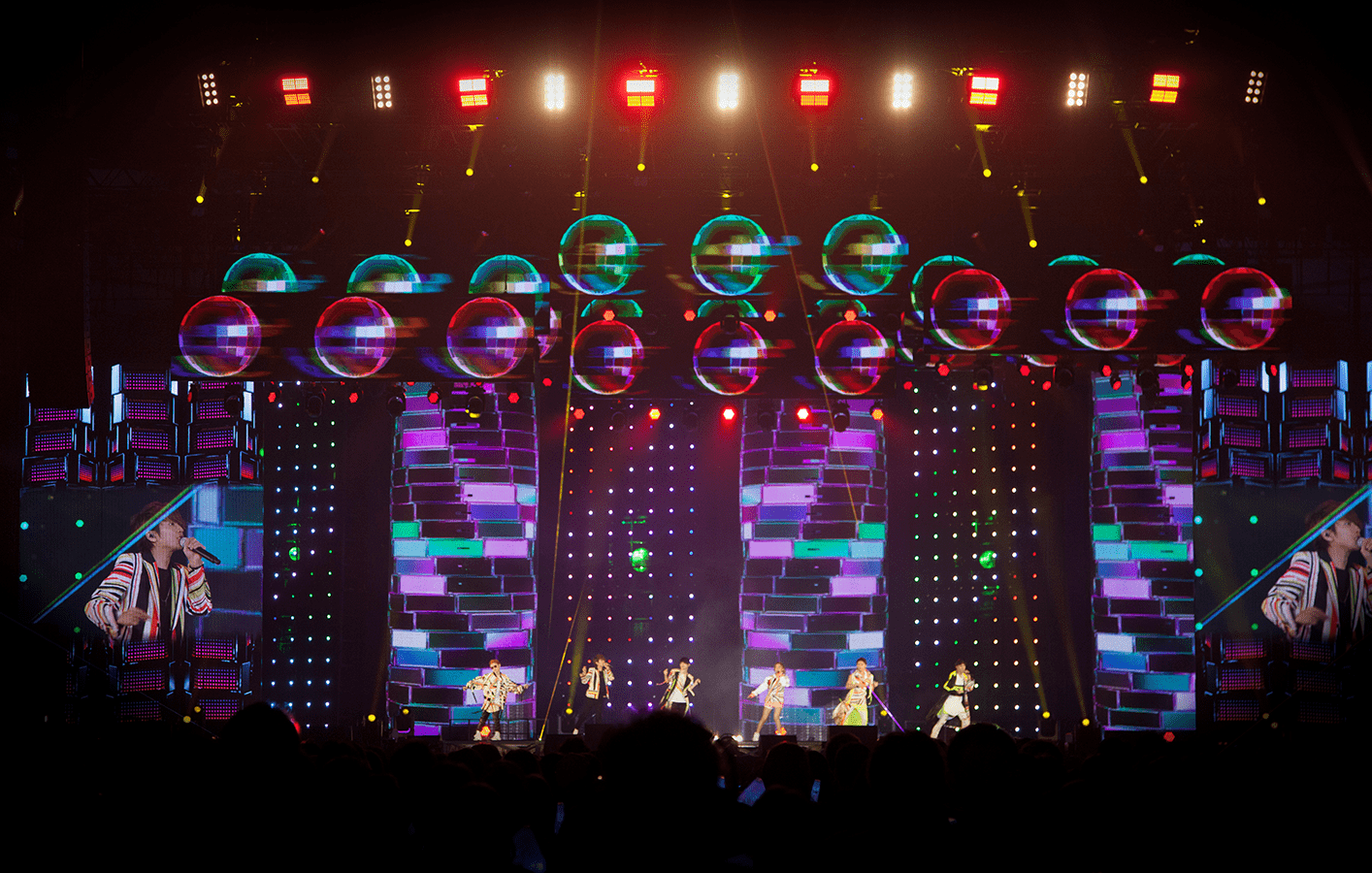 Japanese pop band AAA embarked on their ‘Way of Glory’ arena tour with disguise providing support for content mapping for a show packed with LED displays.

The design of ‘Way of Glory’ featured moving LED screens powered by three 4x4pros. Screen automation was controlled by Kinesys, which input positional information into disguise.

“Some of the things we did in disguise included integrating IMAG/live camera into the content,” says Roy Chung, from Los Angeles based content creator POSSIBLE. “For example, we created screen content that we'd deliver with a matte or transparent zones as well as additional reflection/lighting passes that could be layered on top. The live camera could then be integrated in between those layers as elements built into the environment, instead of just being dropped on top of the content.” 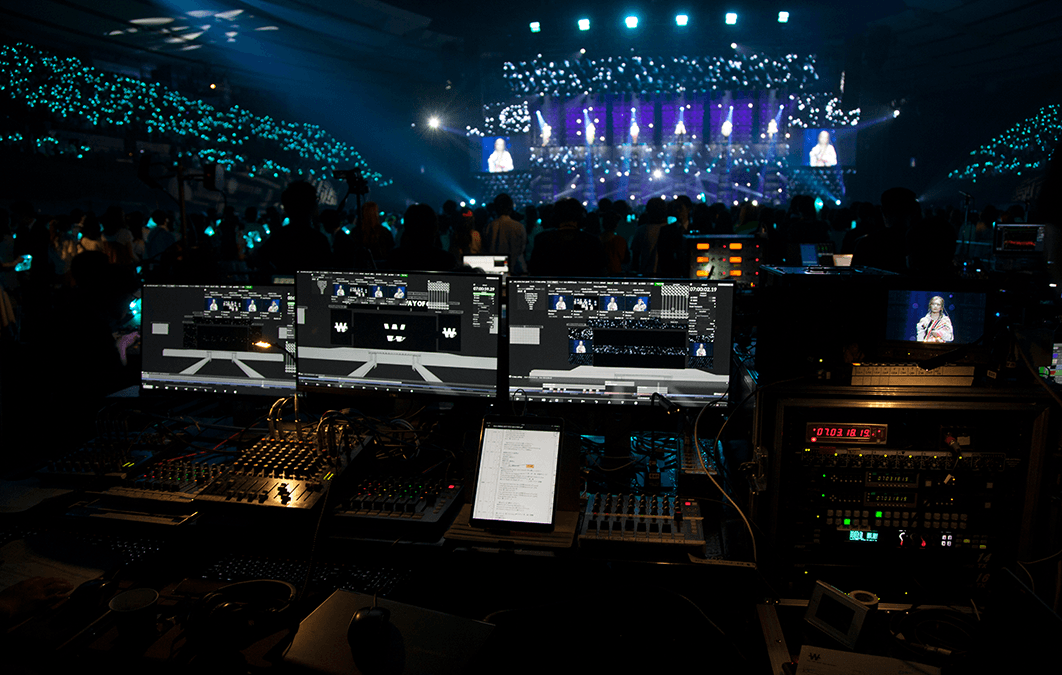 Roy’s team also “used a combination of direct and parallel mapping so certain content could stick to the moving screens as they moved through a larger, parallel-mapped environment. We created a futuristic neon club environment for the song ‘S.O.L.,’ so the side screens had colourful shelves of liquor that slid through the club environment as the screens moved across the stage.”

He says disguise offered a number of advantages to the production. “Being able to unify automation data and previs it in the visualiser, along with the different blend modes and the ability to mix mappings were invaluable in allowing us to create unique experiences through the screen content,” notes Roy.

During pre-pro, the screen automation was programmed and recorded into disguise so Roy’s team was able to play back and test screen content in the visualiser without having to wait until load-in to see how it it would look, he adds.

Toyokazu Fujisawa, the disguise operator from Hibino, explains that the disguise solution was key for the integration of Kinesys for screens automation and perspective mapping. “We took the screens’ positions data from the Kinesys system in real time and synchronised the screen movements and content. Perspective mapping made the look unique.”

He says disguise “managed the content really clearly and smoothly, and that made my job easy as an engineer. disguise was also flexible with multiple key framing on the timeline and a variety of mapping options. Those functions made it possible to add new looks on the stage.

Roy reports that, “we received a lot of support for ‘Way of Glory’ from disguise, including the company’s UK staff speaking with the Japanese team to sort out the technical challenges of integrating disguise and Kinesys. Kevin Li from disguise APAC’s office also came to rehearsals to consult on some mapping issues and ensure that all of our concerns were addressed ahead of the first show.” 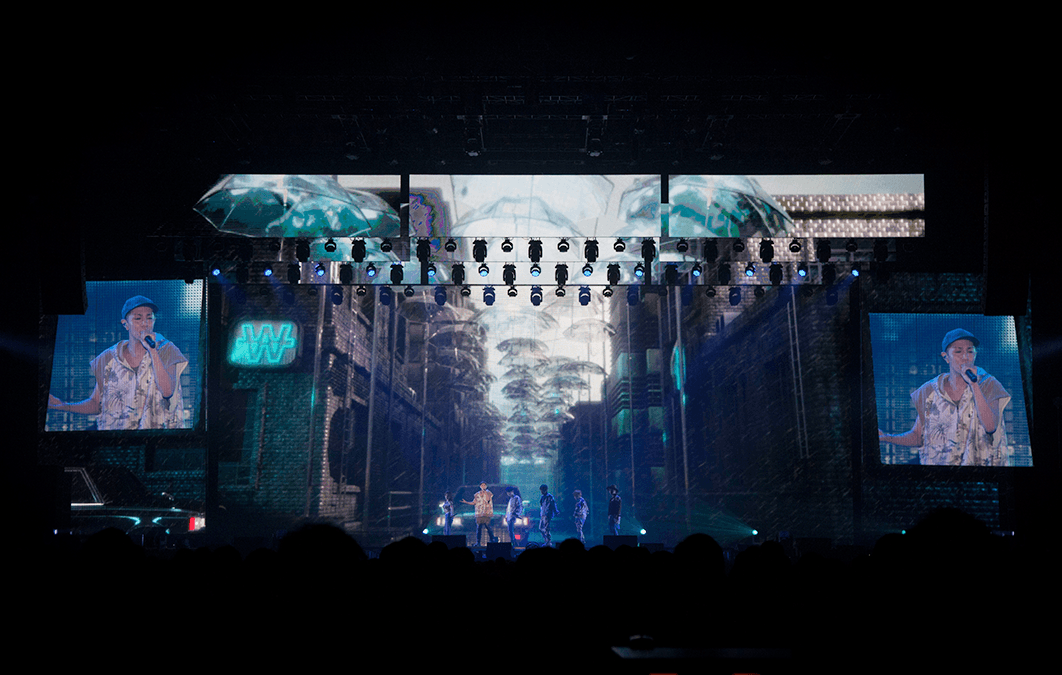