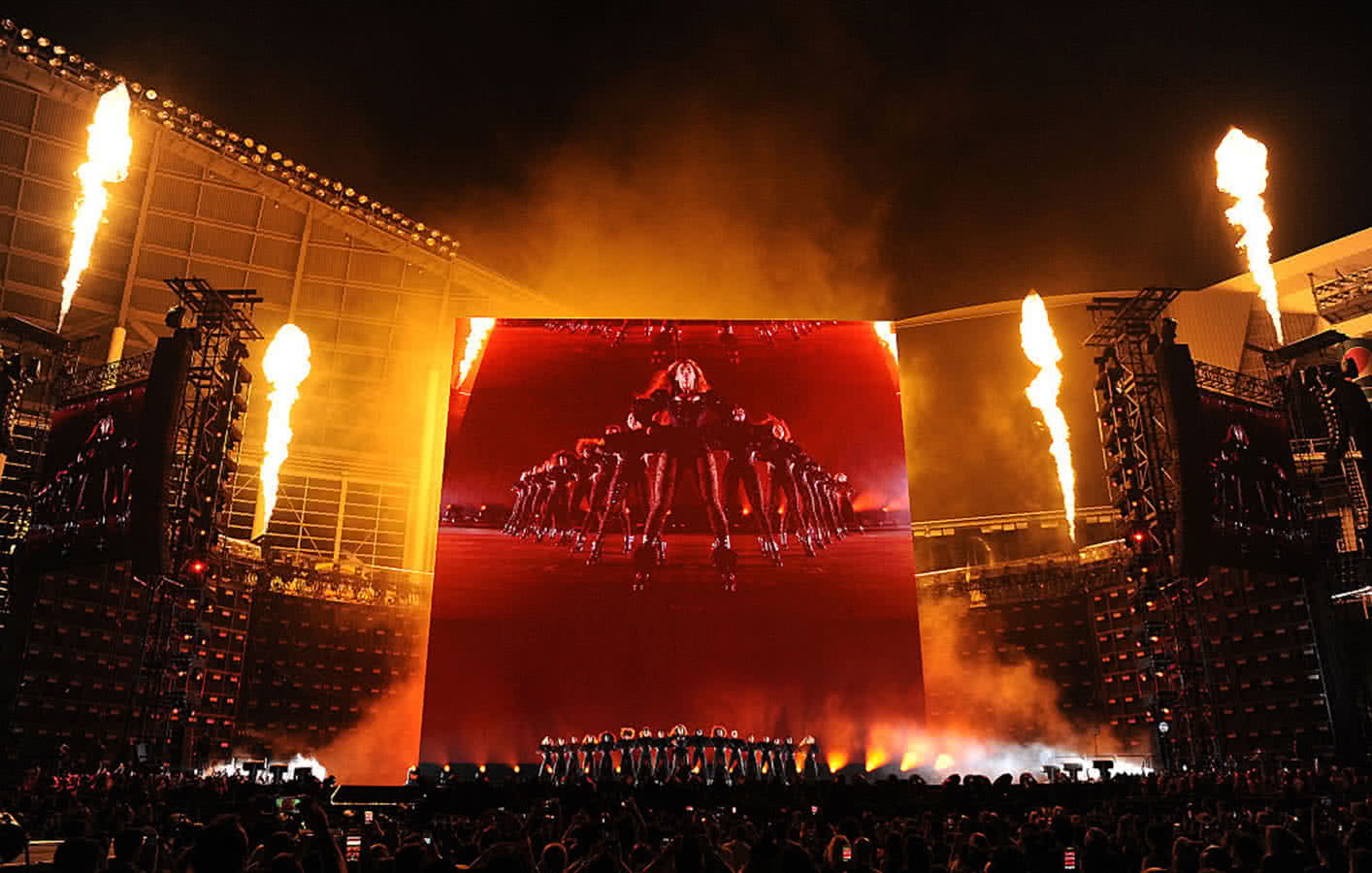 Beyoncé’s Formation World Tour played 49 dates in North America and Europe thrilling millions who turned out to see one of the world’s top performers in a stadium show of dazzling size and scale. The Formation tour was Beyoncé’s seventh concert tour; it supported her sixth studio album, Lemonade.

“The support from disguise was exceptional throughout. Given the size and complexity of the show, I feel the 4x4pro performed incredibly well. I don't believe the show could have been built on any other system within the time given.”

Behind the scenes some of the industry’s leading screens producers and programmers relied on 4x4pro media servers with VFC cards to bring Beyoncé’s creative vision to life. The tour’s creative direction continued to evolve as the show moved from Europe to North America and from city to city with disguise easily adapting to the addition of new content.

The centerpiece of the stage design was a 60x60x30-foot rotating LED box designed by Es Devlin and dubbed the Monolith. Each rotation of the Monolith represented a new chapter of the show with the video screens displaying IMAG footage, interstitials from Beyoncé’s Lemonade film and realtime generative VFX. 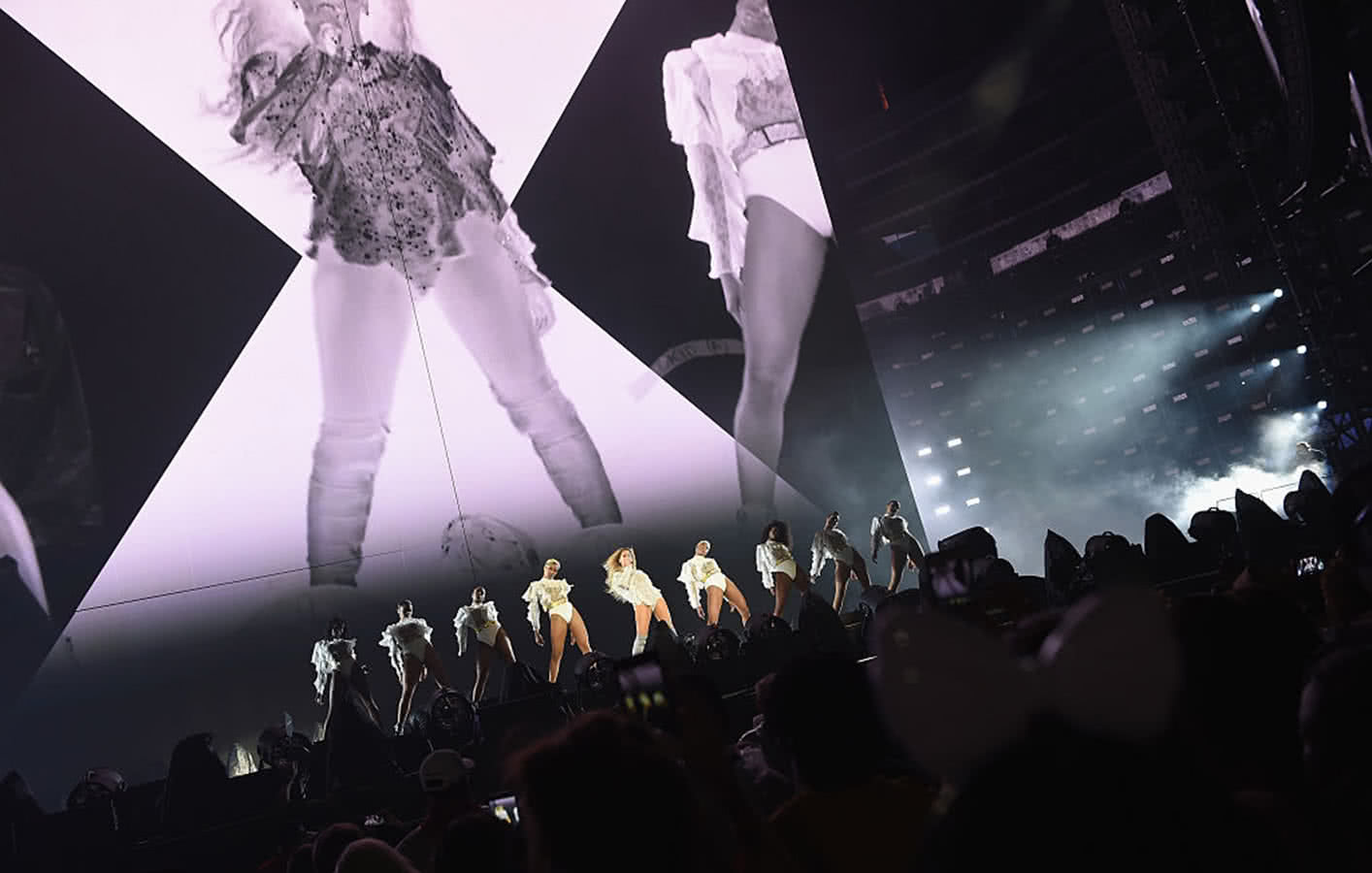 “The challenge for all of us was the sheer scale of the project,” says Nick Fletcher, director of San Francisco-based Lucid Creative LLC.  He served as the disguise programmer, workflow consultant and Notch programmer when the tour moved to North America.  Earlier, Luke Halls of the UK’s Luke Halls Studio developed Notch realtime generative effects played back via disguise; Smasher Desmet was the video director and he and Rich Porter led the disguise programming team in Europe.

"The disguise previsualization tools were an integral part of the content review and approval process. I used them daily to send videos from where I was programming at back of house to Beyonce’s team."

“A very talented team did a lot of amazing work on the show in Europe and the US, from rehearsals to the last stop on the tour,” Fletcher says. “Even though the size and scale of the show were massive, Beyoncé’s charisma made everyone in the stadium experience the intimacy of being in the front row.”

Three 4x4pros with VFC cards, obtained from PRG Nocturne, were deployed on the tour. The entire show ran off one 4x4pro with a backup on hand; by the conclusion of the tour another system had been added to handle high bit-rate signal input. 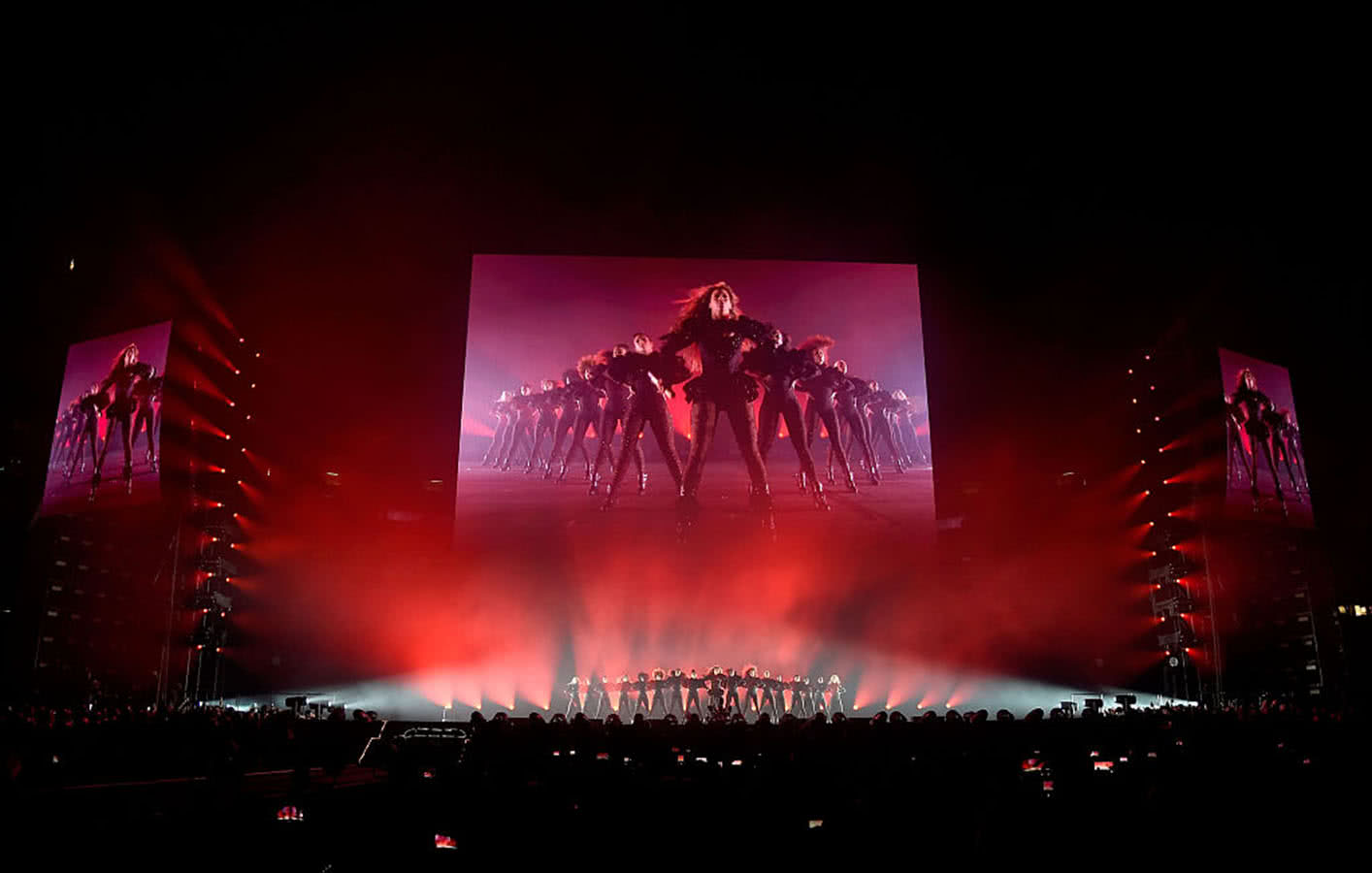 “disguise has a proven track record on projects of this size and complexity,” adds Porter.  “A large number of outputs were run from a single disguise using their VFC card technology.  This allowed the whole tour to be consolidated on a single server plus another for back up.”

The production was designed as a timeline show, notes Fletcher, and disguise helped demonstrate that “a big show can be done easily on a timeline.”

The MultiEdit feature, with multiple operators performing network editing using their own timecode “was vital and unique to disguise,” says Porter.  “The file versioning system was used extensively due to the high turnover of content.”

“Everyone quickly saw how powerful the system was for programming,” reports Luke Halls.  “IMAG was a huge part of this show, and trying to cut different feeds for different sides of the Monolith was a complicated task.  We used disguise to cut from the four HD-SDIs via timecode, taking some pressure off of the video director.”

“The disguise playback capacity, with the VFC cards, meant we could run the whole show on one machine whereas other media server brands would have required five or six systems.”

Notch realtime generative effects made for especially interesting visuals on the Monolith from old-style film grain added by Fletcher to IMAG of Daddy Lessons to colorful, motion-affected particles created by Halls for Drunk in Love.  “Notch’s tight integration with disguise enabled us to give the audience some different things to look at,” says Fletcher.

Fletcher gives “a shout out to the amazing support and responsiveness we received from disguise on the tour.  We were always on the latest build of software.”