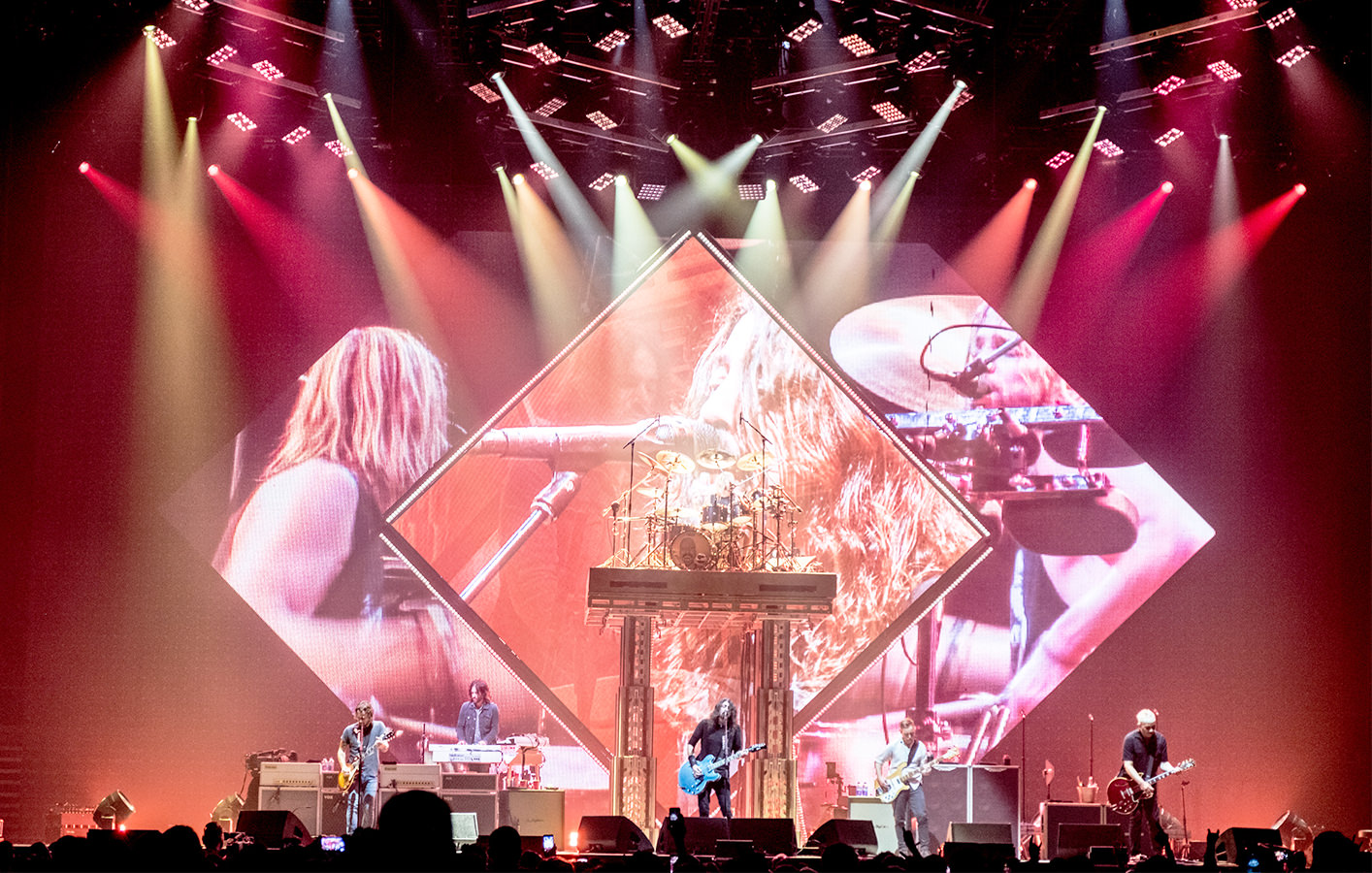 Foo Fighters are concluding their long-running Concrete and Gold Tour, throughout which disguise’s gx range media servers, running the latest r15 software, have driven the video-intensive show. The band’s ninth tour, Concrete and Gold is in support of their eponymous ninth album released last fall. The tour kicked off in June 2017 in Iceland and wraps in St. Paul, Minnesota in October. They’ve played dates worldwide in 2018, including summer festivals in Europe.

As video content races to 4K and 8K, Andy Babin, the tour’s Screens Director and Video Operator and a Technical Director at Control Freak Systems, notes that “it’s kind of refreshing” for the tour’s content to remain HD. “The entire show fits in one 1920 x 1080 HD raster,” he says. LA-based Electronic Countermeasures created bold pre-rendered graphics for the screens; live camera feeds of the band, with creative Notch real time graphic treatments, including IMAG. 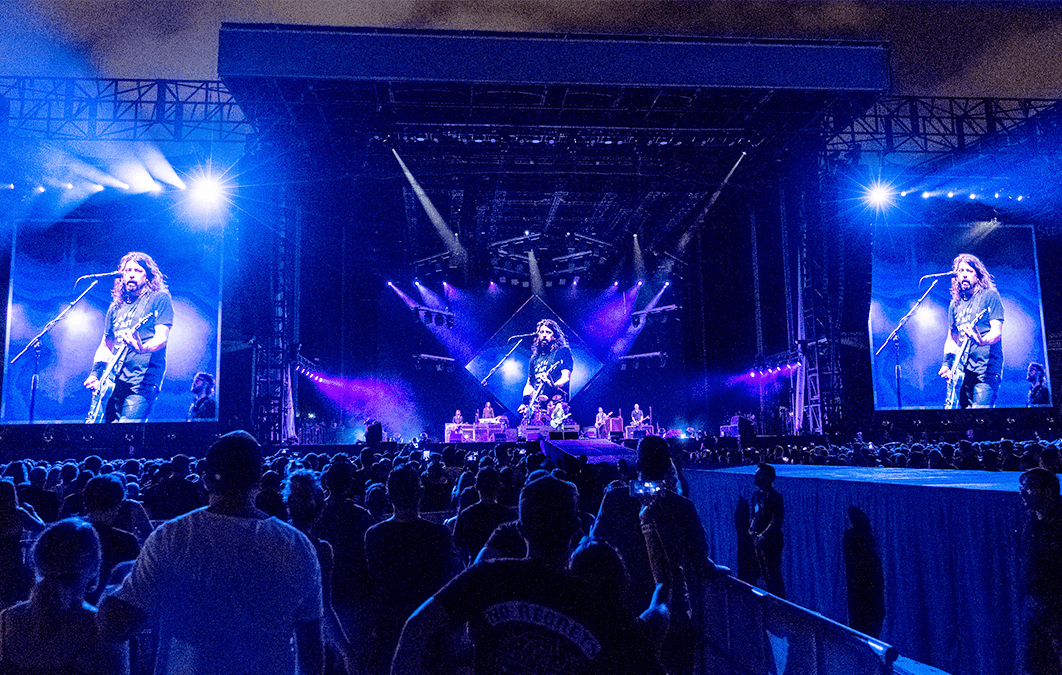 The stage for the Concrete and Gold Tour features a 60 x 30-foot upstage LED video wall and side screens. Above and behind the band an automated, diamond-shaped WinVision 9 LED video element, outlined with LED lights, travels up and down stage. a “The diamond shape creatively mimics the band’s new logo of double letter ‘Fs’ in a square,” Andy explains. “It was a challenging shape to work with, and only disguise could handle rotating the diamond 45º. Other media servers could think only in 90º increments.”

Control Freak provided one active and one backup gx 1 media server at the start of the tour and upgraded to r15 software last June. The tour is finishing with a pair of gx 2s, designed to handle generative content and render real-time video, audio, interactive inputs or automation data. The use of gx 2s for this project proved to be particularly important due to multiple Notch effects being used during the show. 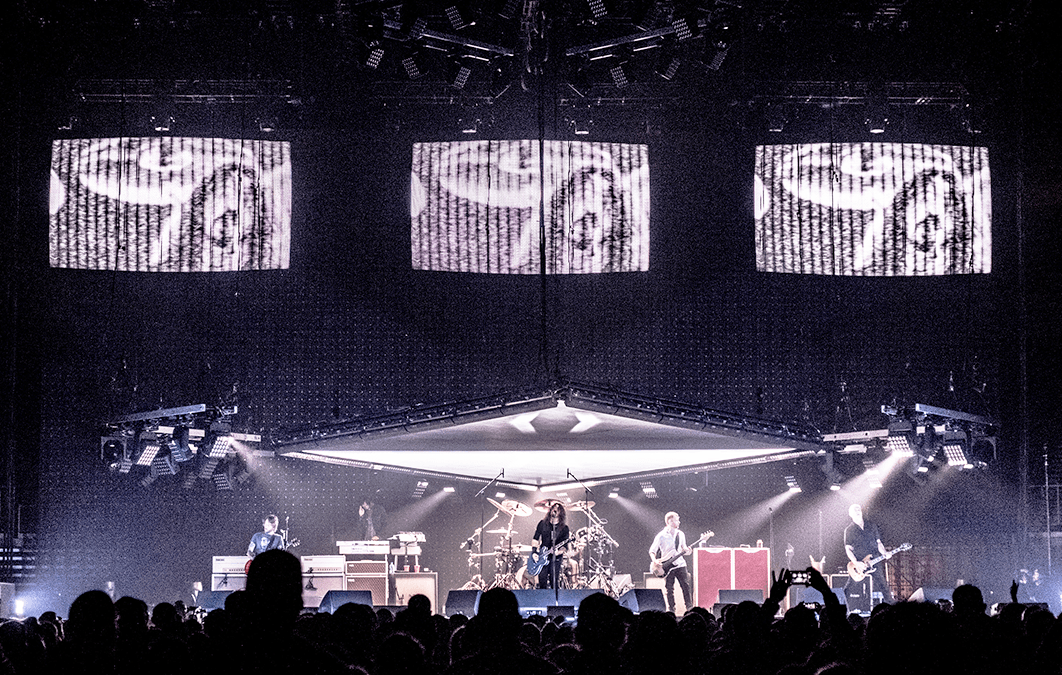 Andy explains “Notch is used for classic camera effects and as purely generative content. A couple of looks are generated realtime based on the music the band is playing. Foo Fighters is 100 percent live – no ProTools, no Click Track, no backing tracks. They’re a group on stage playing instruments – nothing is canned. So Notch reacts with the content and lighting.”

Andy notes that “since Foo Fighters perform live every night they became an R&D environment for Control Freak. It’s great to test the best new gear with them because they do a new show every night. The band is very open to us trying new things.” 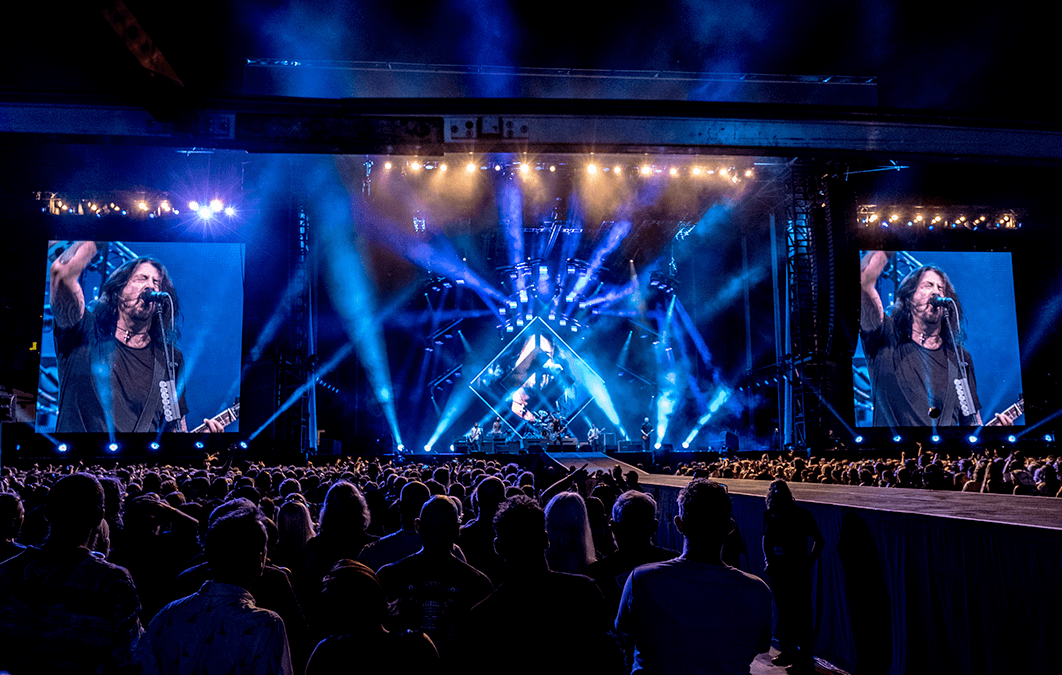 Andy points out that Sock Puppet plays a key role in the production. “The entire show is Sock Puppet running off grandMA2 full-size consoles,” says Babin. “We have two active consoles – one for lighting and one for video – in one session. The console is a familiar surface for us, and it allows us to react more quickly than a timeline.” 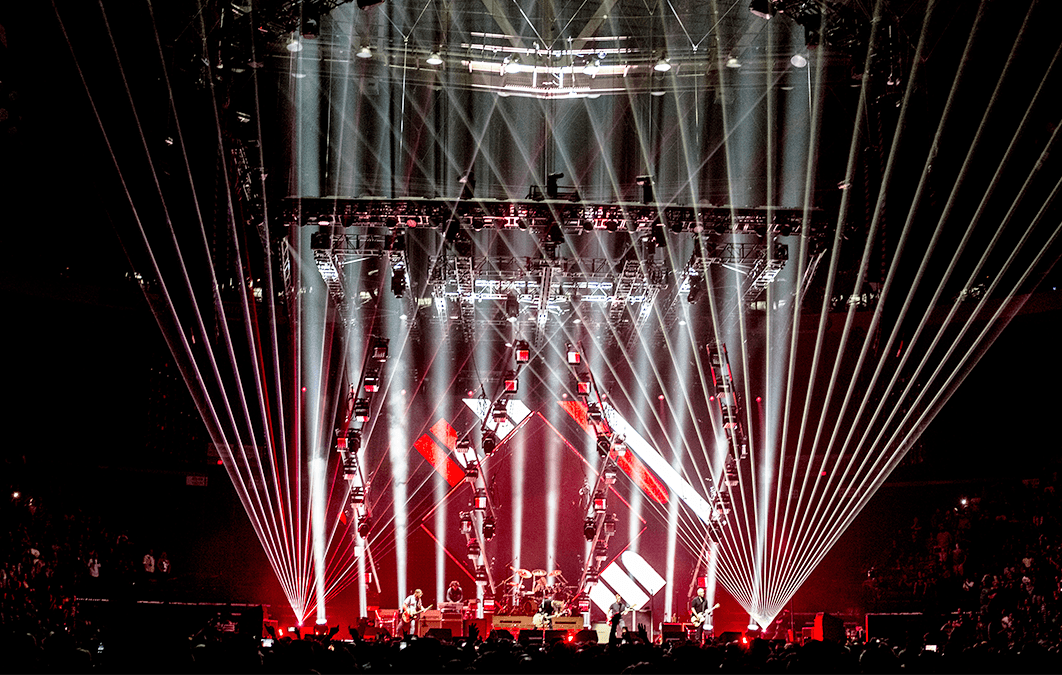 “We also take Dante-networked audio into disguise, and that’s great,” Andy adds. “disguise is very adaptable, at the beginning of the tour we had different video walls and camera systems supplied locally at festivals, so the gx 1s had to be able to roll with the punches.” He adds that, “the disguise support team has been great on the Foo Fighters tour, especially when we switched to r15. disguise staff from the US and the UK have been absolutely fantastic.” 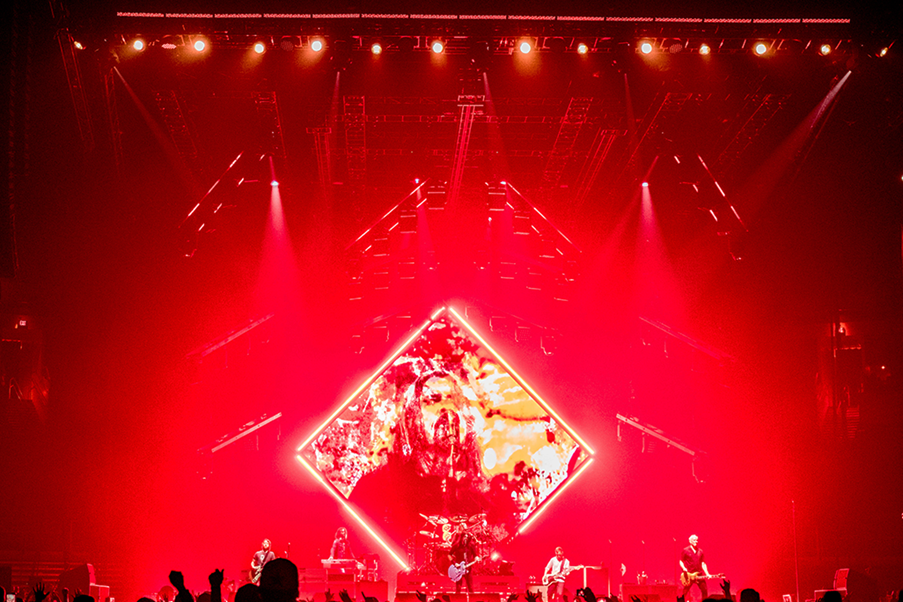 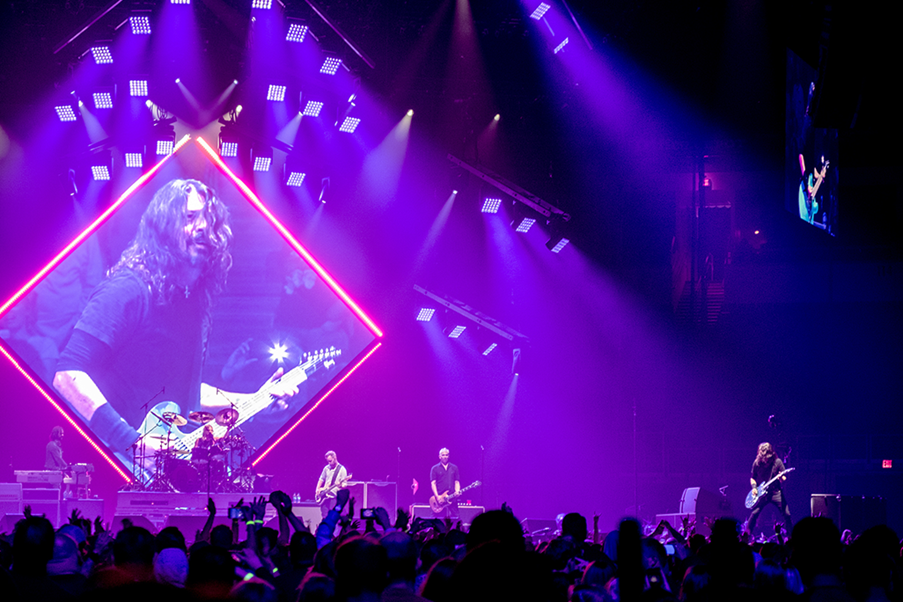 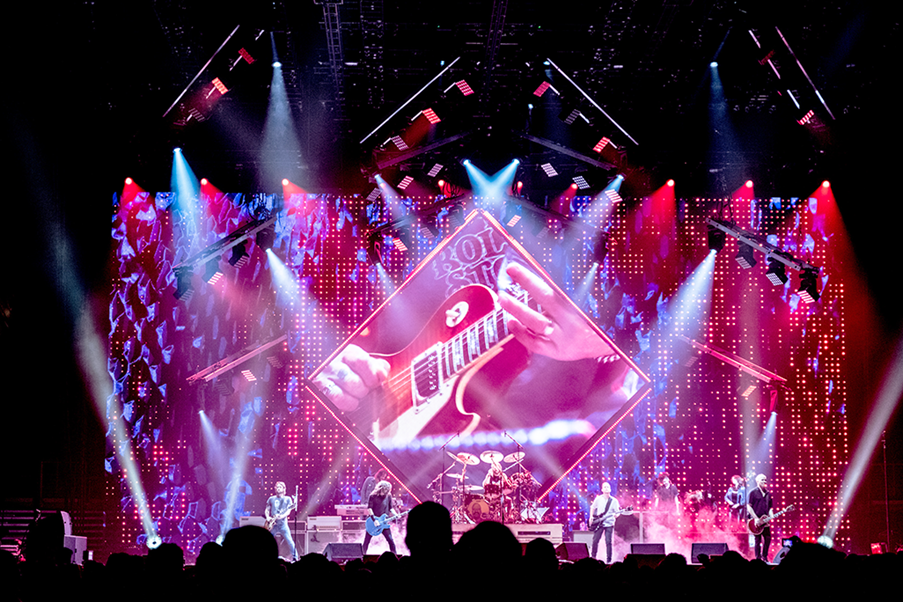 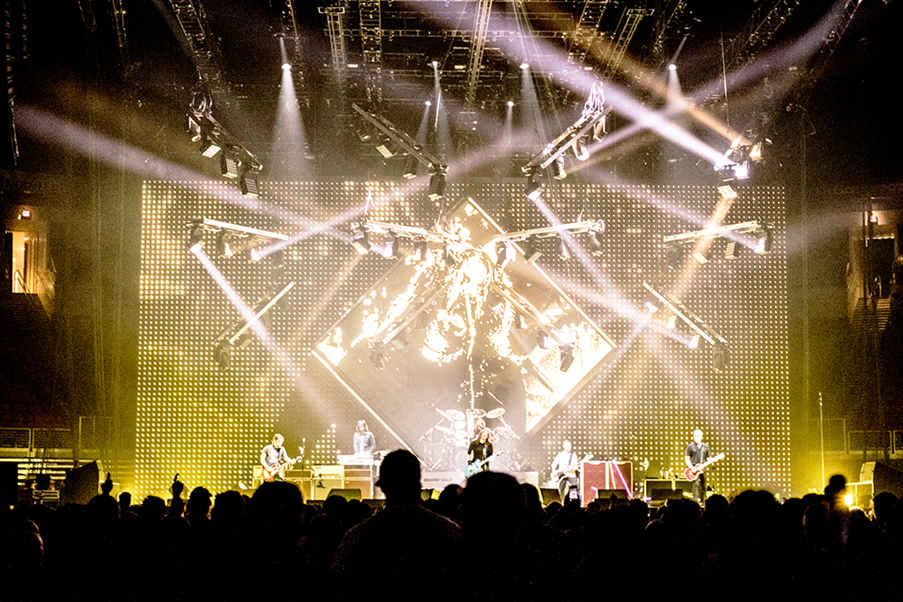 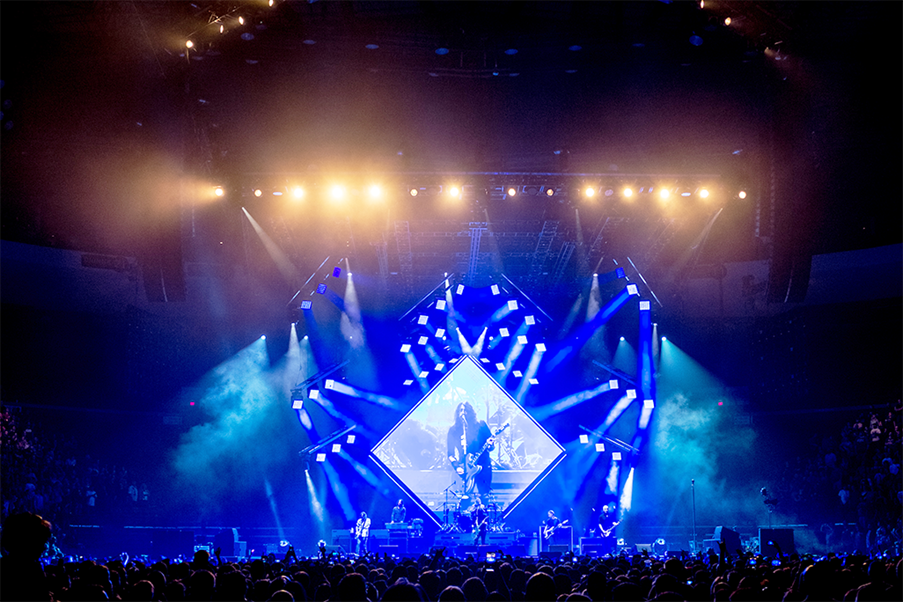 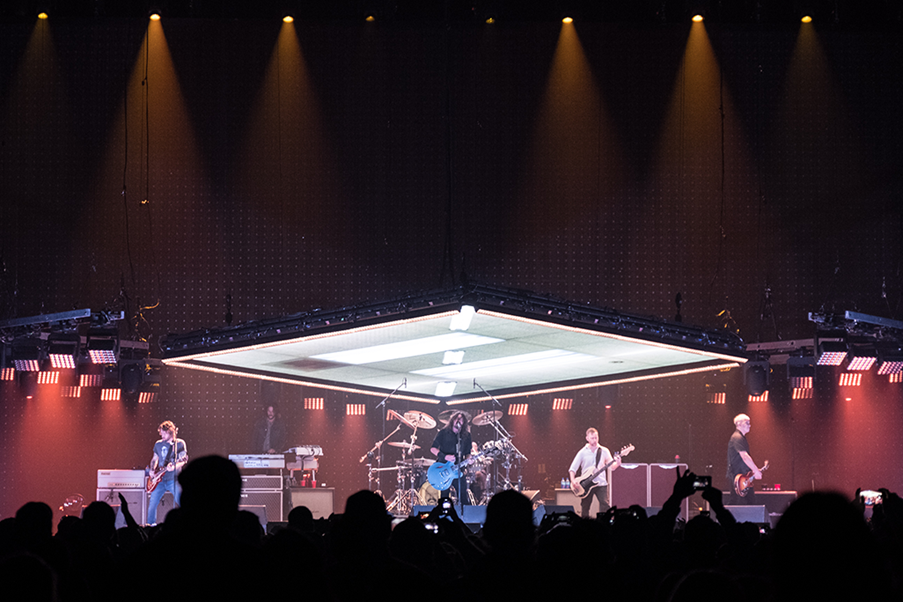