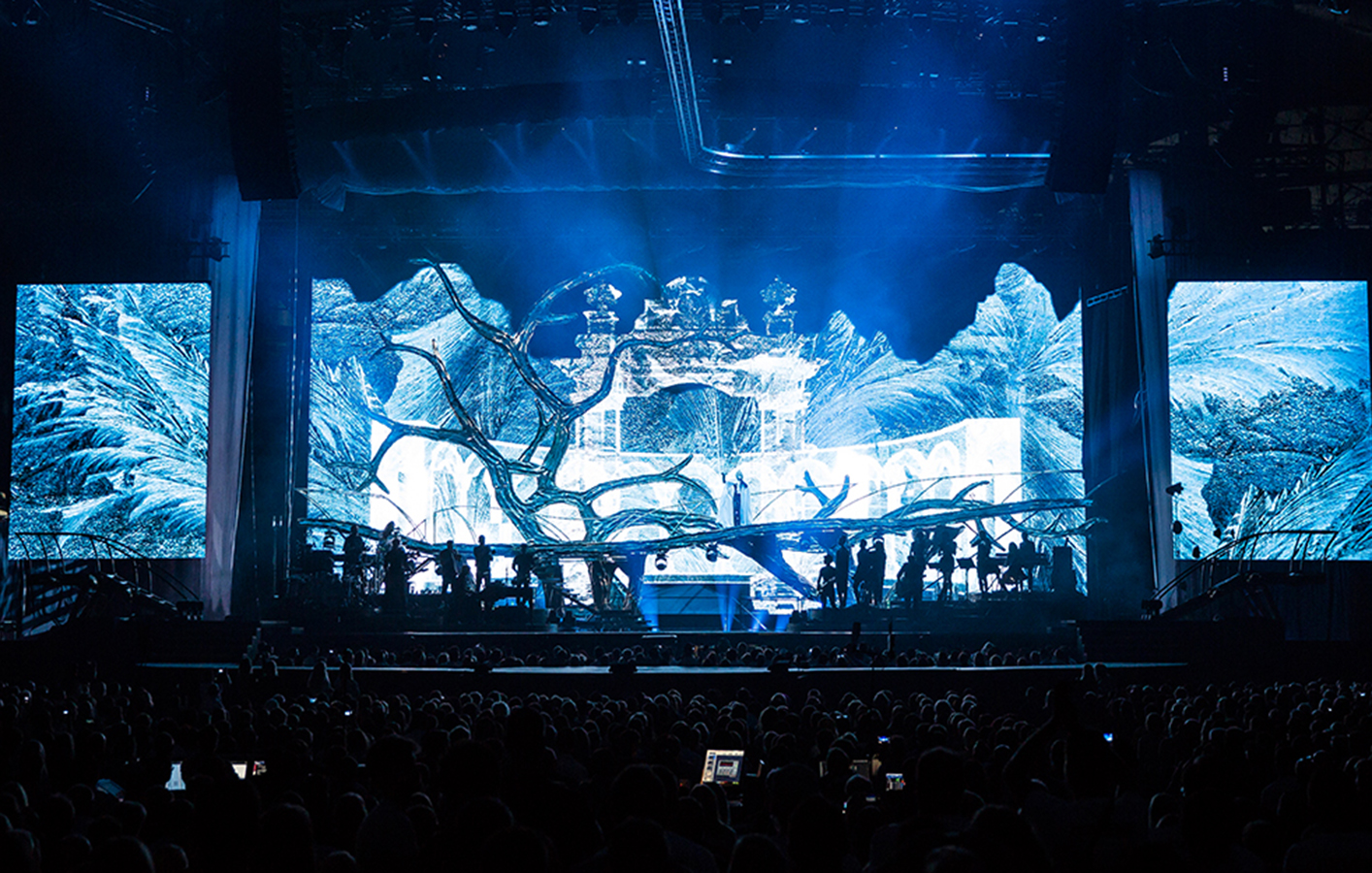 After a happy collaboration last year, Pixway were once again invited to provide visualisations, pre-programming and sequencing for the show as well as supplying the disguise servers to control the show.

Using disguise to start the design and visualisation process in their Berlin-based Pixway STUDIO, the team were joined by the show’s lighting designers Patrick Woodroffe and Andreas Kisters and content creators Marcel Fiedler and Haegar, plus one of the creative minds of the production, Marvin A. Smith. Counting on disguise as a collaborative tool, they could work through the creative process of the 3 hour show together from the very first meeting.

The stage design by Stufish featured a mix of projection and LED. Revealing more as layers of the design are peeled back, the show started with projections on a slightly curved 22×12 meter curtain front of stage. These opened after the second song to reveal a second, similar set of curtains halfway the stage. Six songs into the show, the curtains gave way to reveal a 22×12 meter LED wall with an illuminated tree in front of it. Two LED side walls measuring 5×7 meter completed the video elements on stage. This sequence of revealing more of the stage one step at a time was repeated after the mid show break, and could as such create a versatile space for the German star to perform in.

“We could set up the show in under two hours including all projectors, mapping and interactive content adjustments – that was just great. disguise is a flexible platform which allows for setting up a complex video system including cameras, video mixers, projection and LED: it could really help create an amazing visual show for the audience.”

Pixway used three disguise 4U v2.5, as well as one understudy to back up the entire network. With this set up, they projected on the two sets of curtains and controlled the LED walls. disguise was also used to sequence the video show with LTC for sound synchronisation.

The main technical challenges for the show were related for the touring aspect: setting up a show this size on a different sized stage every time while working with mapping and content adjustments in a short amount of time required careful planning and adaptability on site. Next to this, the show also included interactive elements with content responding to the movements of Helene Fischer, and content needed to be flexible enough to play around with separate stage elements like the tree. The disguise QuickCal projection feature could especially help speed up the process of setting up whilst remaining highly accurate.