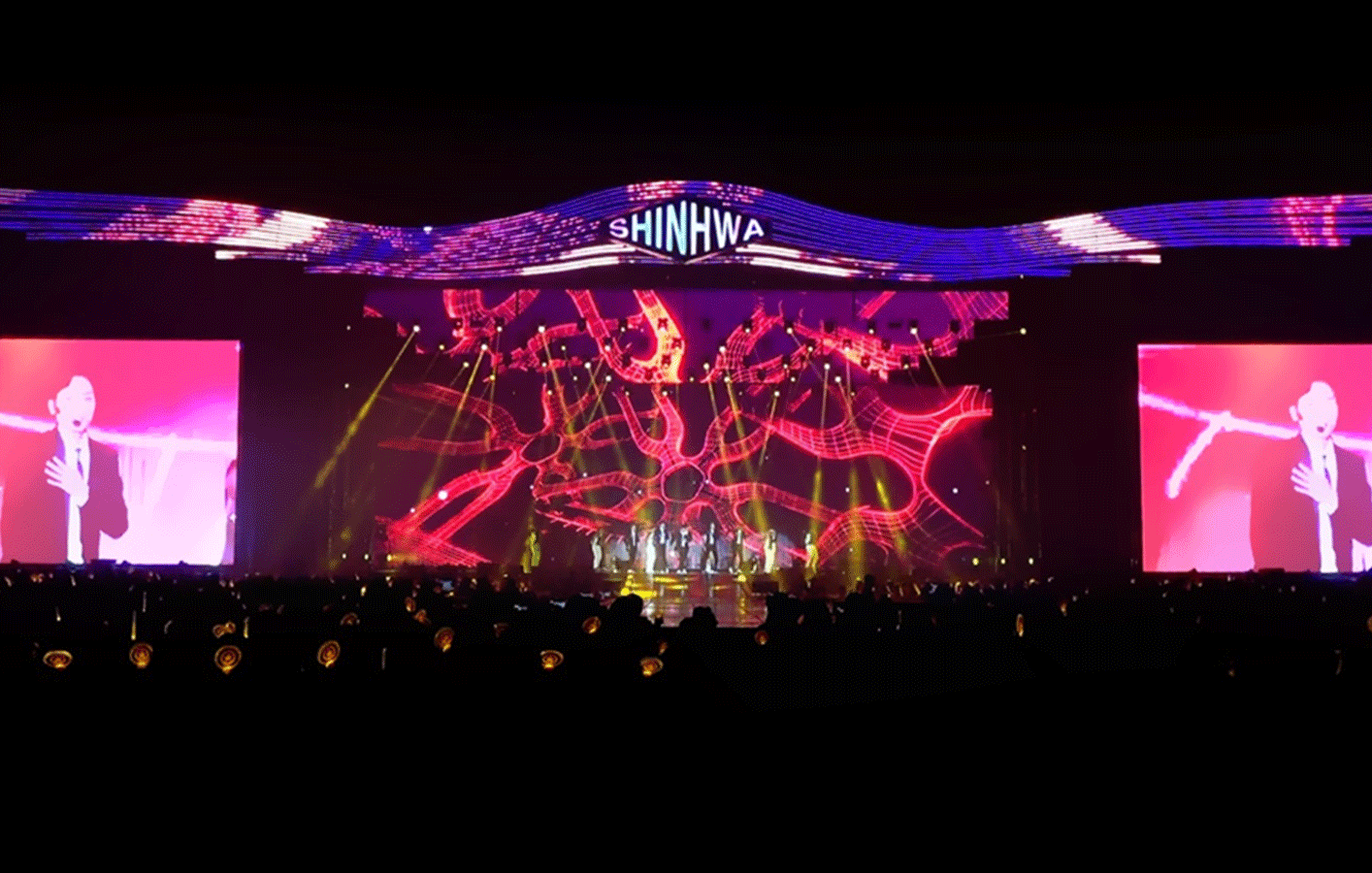 LIVE-LAB designed on-stage and moving truss illuminations for Lee Juck’s 'RESONATE' concert choosing three disguise servers to control illuminations, LED screens and projectors; “disguise has the best software to control complex stages,” says HaeJung Chung, Visual Lighting Designer of LIVE-LAB. “The stage was a mixture of screens, which had to be controlled as one. disguise allowed mapping and design of this complex configuration to be applied correctly and helped create the best picture in the field.  We programmed disguise with a grandMA2 console; the timecode signal was received stably, and it was possible to play the exact image required for each song.”

The increased use of multi-media, through video, illuminations, pyro and more, in concerts gives directors a broad creative palette, notes show director Lee Yoon Shin from in next trend (int). At the same time, directors are challenged to focus these elements towards a specific look. “disguise, with LIVE-LAB in charge, is like a magician giving directors solutions and ideas,” Lee says.

Chung explains that for Lee Juck’s concert, “hundreds of illuminations were transformed into various shapes by moving trusses.  Each design had to make a proper picture through different set shapes and mapping. These processes were very easy to carry out, and it was possible to minimise the correction time in the field.”

In addition, “the mapping function was important for accurately sending out images to all the LED screens, including the illumination screen attached to the set and the projection screen for each design. This meant a single content image could be exported easily between the devices.”

Lee Jang Eon liked how disguise simulation “showed my design ideas to me and the staff. Thanks to that, we could work with more pictures and effects, preparing for situations that could happen suddenly in the field.”

Chung notes that, “the parallel mapping function of disguise was the biggest advantage in designing a curve-topped stage topology – it’s what differentiates it from other media servers."

Chung notes that, “Korea illumination fixtures are 1px type not DMX type. The disguise media server was the best to control video on the the curved 1px video fixtures. We could make unique pictures on this fixture with parallel mapping.”

It's expression scheme offered convenient programming with other devices and protocols. “We were able to create various designs for the moving screen with cues from the lighting console,” says Chung. “We could operate it in accordance with the movement of the screens by syncing with timecode and DMX. It was also very useful to be able to create DMX layers without restrictions and to use the mapping indefinitely.”

disguise was used in pre-pro to identify the design of the moving set and prepare the programming for mapping and control. “The Sock Puppet feature enabled almost infinite layers of DMX,” says Chung. “It was especially helpful to be able to customise a DMX patch for each attribute value of the layer and control them with various expressions. The Hierarchy feature also allowed me to efficiently manage and change the screens that I wanted to control. Media management and various mapping management methods were also very convenient.”

The disguise system worked “wonderfully well” for the concert, Chung reports, and “the support from the disguise team was very good. disguise has no limitations on how the designer uses it; throughout this concert, disguise was a great inspiration for expressing a new concept and a shift in awareness of design.”

'Hero,' the 18th anniversary concert of Shinhwa, required LIVE-LAB to use two disguise media servers to video map changing LED screen shapes in time to the music and to program and design illuminations to match the video imagery.

“Shinhwa has done a lot of new and bold things in concert over the years and their 18th anniversary concert was no exception,” says Lee Jang Eon, producer/director with Liveworks Co. “The main design of the stage was truss structures that transformed like a transformer. In the truss, the systems responsible for the visual effects of performances, such as lighting, laser, electric and LED were set. These systems expressed various effects for each scene with precise movement of the previously promised kinesys memory.”

“disguise provided excellent scalability to accept and apply the signal to any external device,” says Chung “The most difficult part of this show was the video and Kinesys program compatibility. disguise, however, accepted the Kinesys signal without problems during the test.”

The disguise simulation played an important role in the overall stage design. “We designed the scene for each song first, then designed the shape of the screen to be transformed according to the progress of each song,” Chung explains. “We decided the final design by sharing and discussing ideas with the director and the designers of the truss, video and lighting. We could easily check the complex processes to make the various screen shapes and video through the accurate simulation and create the best pictures. Since the scenes of the simulations were applied to the actual performances, it was possible to build complex systems in advance with a tight timeline.”

The Art-Net IP Address Filtering feature, which was released in r14, came in handy for the Shinhwa show.  “We were able to efficiently manage complex signal systems, such as the grandMA2 console, with this feature,” says Chung. “The ability to set Parent and Child was very convenient to arrange and change complex sets.  We could quickly work with Designer, and multiple editors could work together on a project at the same time.”

Alvin Chu, CEO of LIVE-LAB calls disguise “a great system with no restrictions on the design and operation of any complex show. It gives users confidence in the ability to run any idea. And the disguise support team responded very quickly and with faithful feedback.”

disguise’s APAC team has visited the KOBA show held on May 16th to 19th this year, representing disguise in the region.

Lee Yoon Shin from in next trend (int)