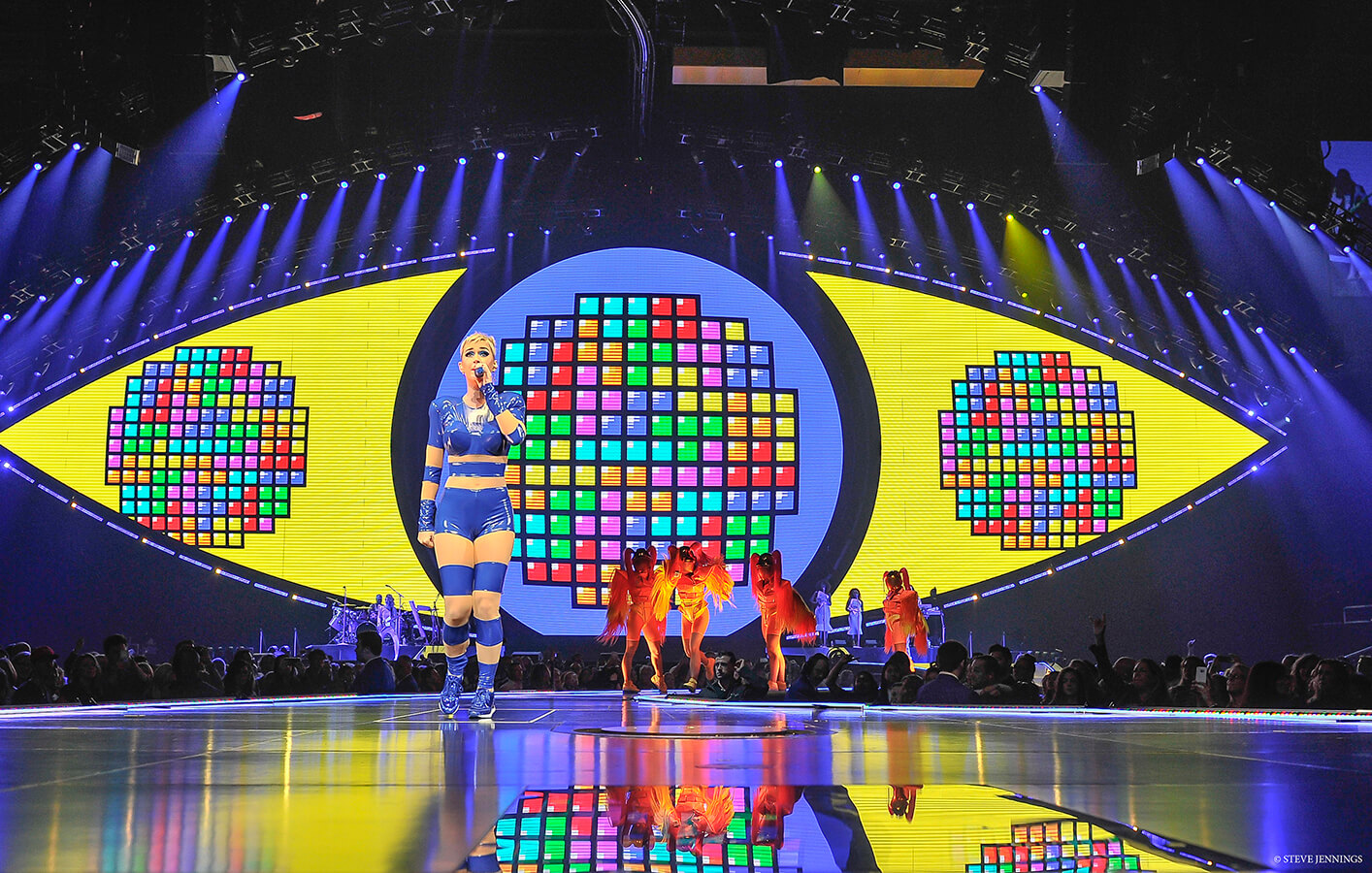 Katy Perry’s new ‘Witness: The Tour’ has a roster of 89 dates worldwide in support of her fifth album. Two gx 2 media servers, each with a pair of DVI VFC cards, have accompanied along with the disguise software toolkit providing a previs environment for the creative show design and powerful content playback that includes tight Notch integration. 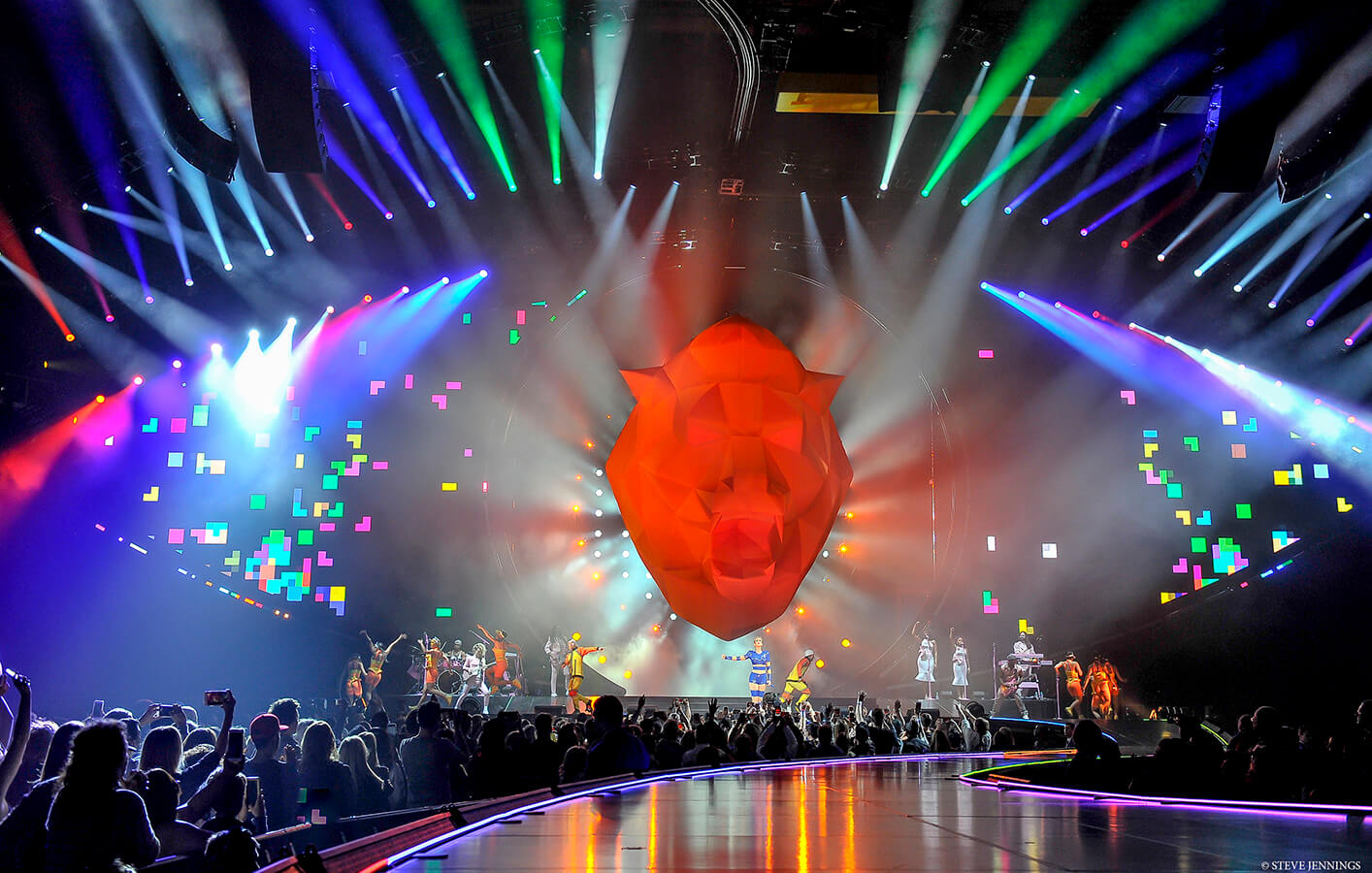 Multi award-winning Katy Perry is one of the best-selling music artists of all time with sales of 100 million records around the world. The three legs of ‘Witness: The Tour’ encompass North America, Europe and Oceania and will run until August 2018.

The stage design by Production Designer Es Devlin, takes the form of a 130-foot, eye-shaped LED screen with a two-part door in the ‘iris’ portion of the screen. Creative Directors and Choreographers Ant and Ash (Antony Ginandjar and Ashley Evans) have woven a 1980’s space theme into the six acts of the show.

The gx 2 systems were chosen “due to the need for Notch integration as well as the entire team’s familiarity and reliance on the product over the years,” explains Earlybird Visual’s Eric Marchwinski, the Associate Lighting Designer and Lighting/Video Programmer.

We never considered any other solution as disguise is now an integral part of how we all produce these very large and high-profile shows. The gx 2 is a workhorse, which is the perfect fit for this project in terms of reliability and power. We are playing 5K and 2K files and sometimes we layer multiple files of those sizes.” 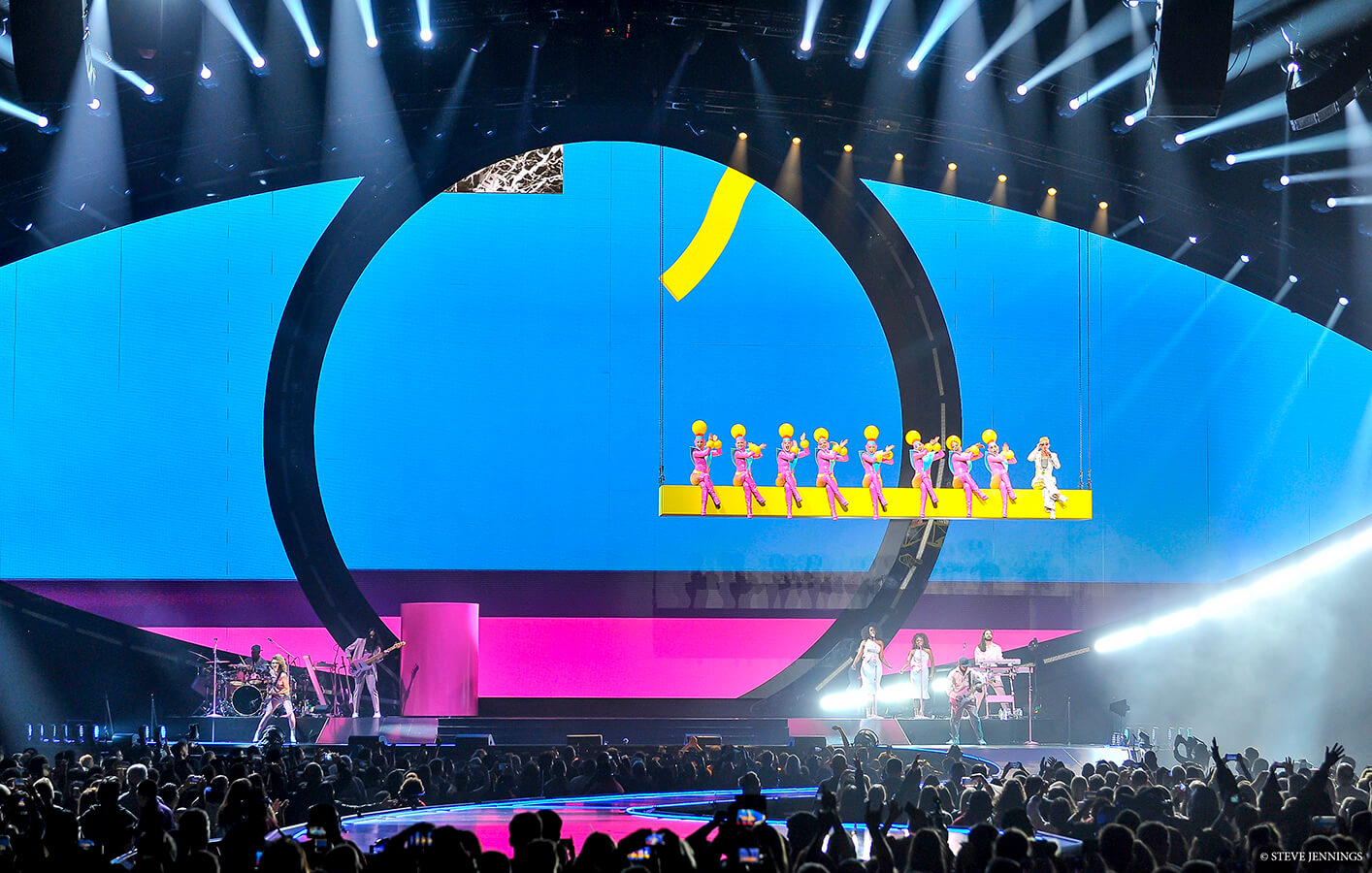 In pre production, disguise was used to “take a look at the content’s relationship to the screen surround and how things felt in different positions in the room,” says Eric. “Having a model to look at for pre production was really key, as well as having the TAIT Navigator automation integration via UDP. With the moving, bi-part wall and the 8 matrix lifts, we needed to be able to parallel map the content on both of these surfaces. The 3D workflow that disguise provides is the only choice for these features in the set.” He gives kudos to the new system hardware.

We push the system pretty hard with such a large texture size: 8 outputs and 7K worth of texture would bring most any media server to its knees. But the disguise gx 2 stands strong for almost everything we ask it to do."

Eric points out that the support from disguise was also integral to the technical setup of the show, “as we have continued to use disguise on these large shows, the need for some on-site support has grown. The disguise New York office sent on-site Support Specialist Chet Miller to help Drew and I get everything running smoothly. This was invaluable as Chet was able to help tweak the automation integration and dial in overall system performance - especially as we were using some of the first gx 2s in the US market. We also had some direct lines of communication back to the London office, which helped to document anything that arose, keeping our rehearsals and the London office working efficiently across two different time zones”.