Ranked the highest grossing tour of 2012, Madonna’s MDNA tour has been on the road since November 2011 with 1,635,176 people having seen the show over 72 sold-out tour dates. Often branded controversial, the show was nothing short of a spectacle with moving LED blocks on stage and giant moving LED panels as a backdrop. With visuals ranging from cathedrals to cartoon-like and abstract figures, the video-heavy show was running on disguise. 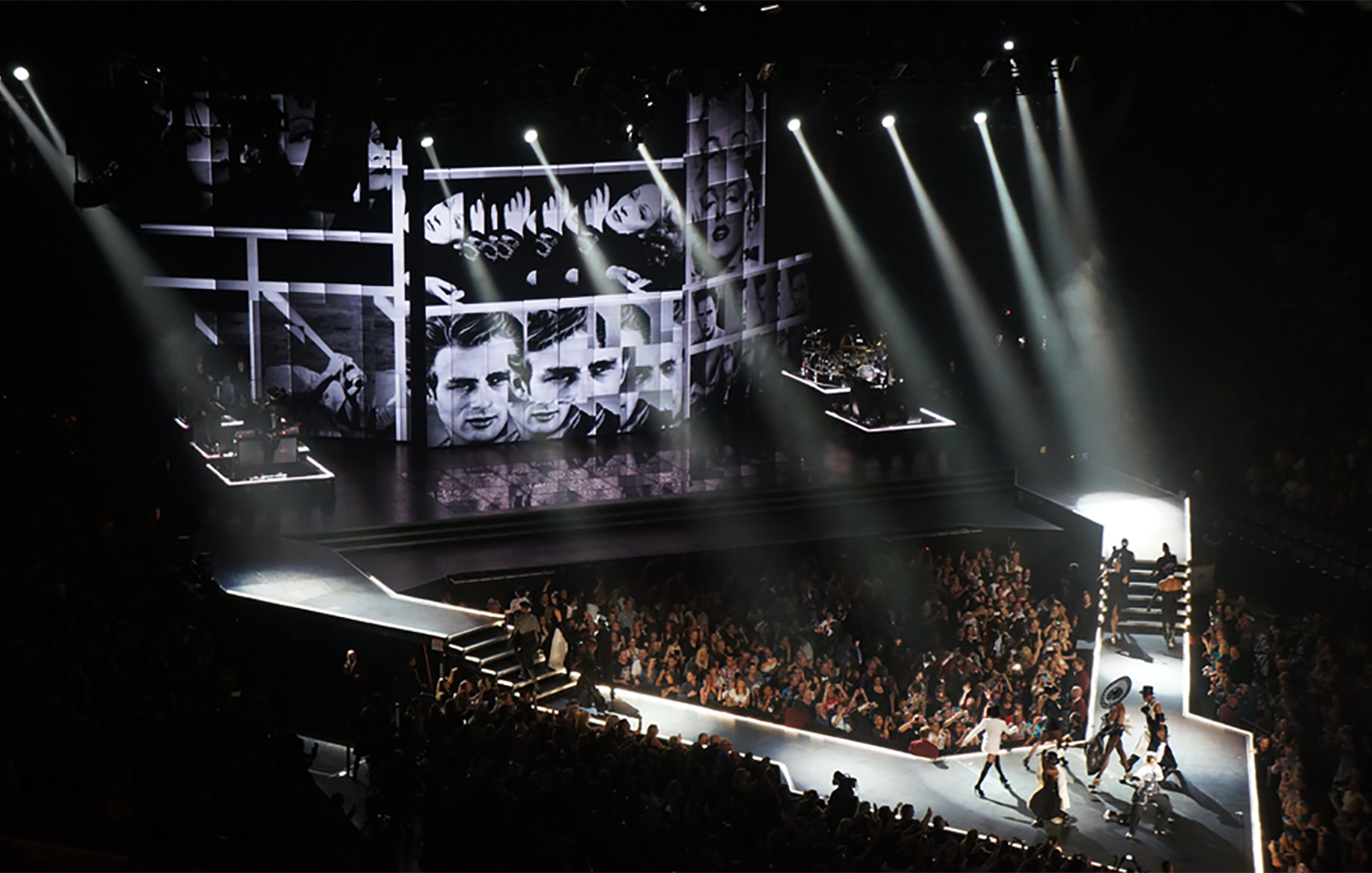 disguise was selected by video director Stefaan DeSmedt as the playback solution for the tour. disguise created a custom extension to handle the moving ‘grid of cubes’ structure at the front of the stage, interfacing with a TAIT Navigator screen automation system. disguise allowed the creators to visualise different physical configurations of the cubes, and map content seamlessly onto them. disguise also played back content onto the vertical LED walls.