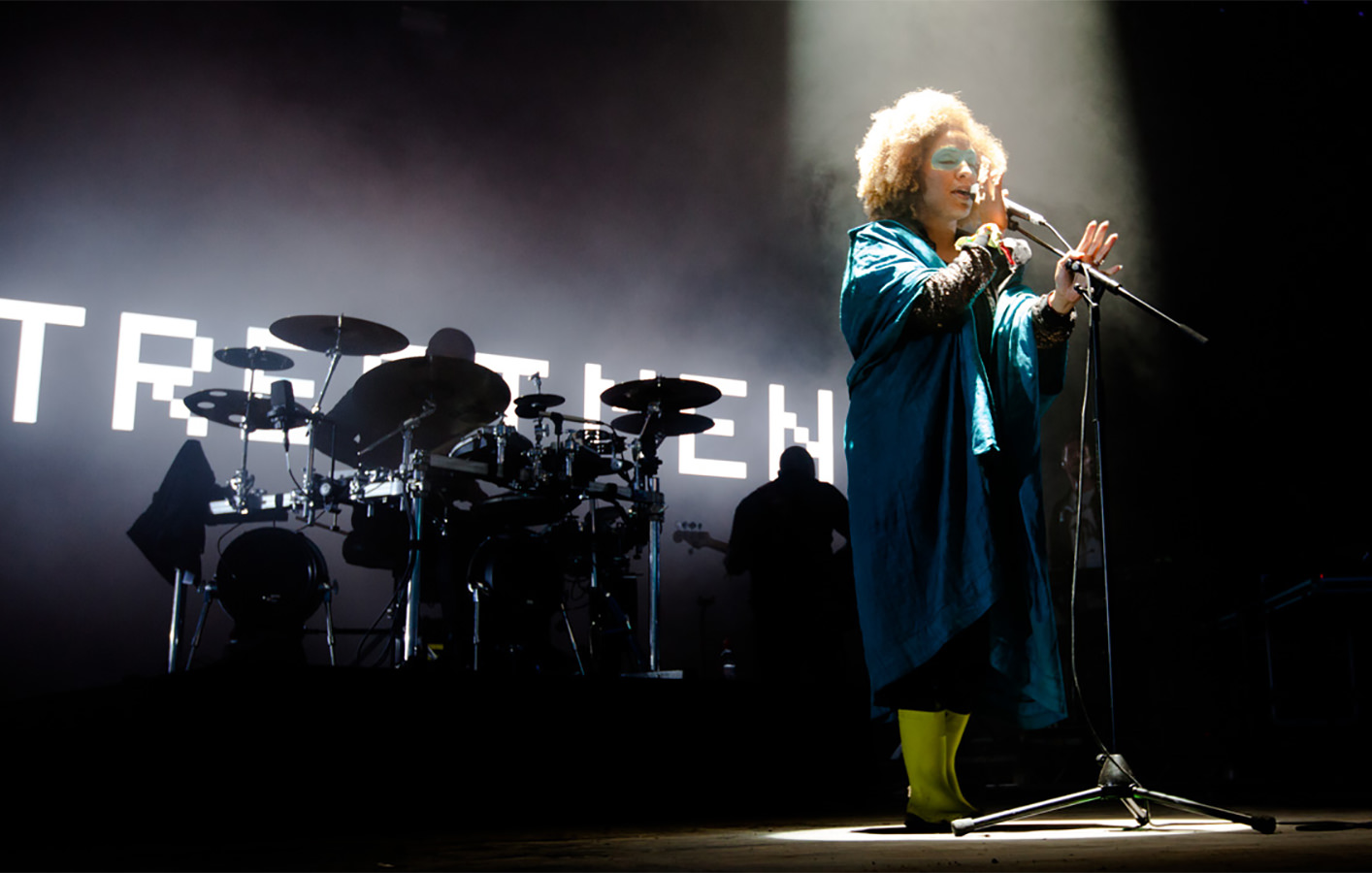 The disguise workflow is being used on Massive Attack's summer tour through Europe.

Long-time triphop favourites Massive Attack drew in the crowds at the Other Stage on Glastonbury’s final day, Sunday 29 June, as part of their European tour which started in Bulgaria mid-June. Massive Attack’s Robert del Naja teamed up with London-based creative studio Artisan to create the stage design and visuals for their show. Bringing some of their most famous tracks on stage, the band was assisted throughout their set with famed collaborators Horace Andy, whose songs included Angel, Martina Topley-Bird (songs included Teardrop) and Deborah Miller (songs included Unfinished Sympathy).

Ben Kreukniet from Artisan says about the stage design: “For this tour we wanted to create an evolution of our previous work with Massive Attack and incorporate some elements from the show we created with them and Adam Curtis last year. Keeping the clean information-based aesthetic of the previous tours but looking at how we could bring more narrative and imagery into the show. We also used different types of lasers to add a structural, almost architectural element to the set, whilst still making sure the design was flexible enough to accommodate smaller stages.”

Specialising in technically innovative, dynamic spatial design for live performances, Artisan was established by the founders of United Visual Artists, who originally created the disguise system and have worked with Massive Attack for the past ten years.

Artisan opted for six LED panels, placed behind the band, which showed abstract content, numbers, and political statements, as well as illustrative imagery. The six panels, placed in two horizontal rows, were automated to rotate, enabling entirely different looks at different points in the show.

Says Ben: “All panels could rotate like horizontal blinds. Allowing us to reconfigure them to be used as a light source for the stage, or to reveal additional light sources behind. For most of the performance though, they would face the audience and present messages varying from quotes from Guantanamo Bay prisoners to more abstract representations of information."

In addition, 160 red DMX laser diodes mounted in two rows on the lighting truss created a cage of light around the band during during Safe From Harm and Future Proof, almost forming a light barrier between the band and the audience. Songs Battlebox and Jupiter saw heavy use of three separately mounted RGB laser scanners, drawing rectangular shapes on stage in front of the band. The content and automation of the LED panels as well as both the laser scanners and laser diodes were controlled by disguise, with a custom module written by Artisan to control the laser scanners. All previsualisation and sequencing was done in advance in disguise as well, allowing for changes right up until show time.