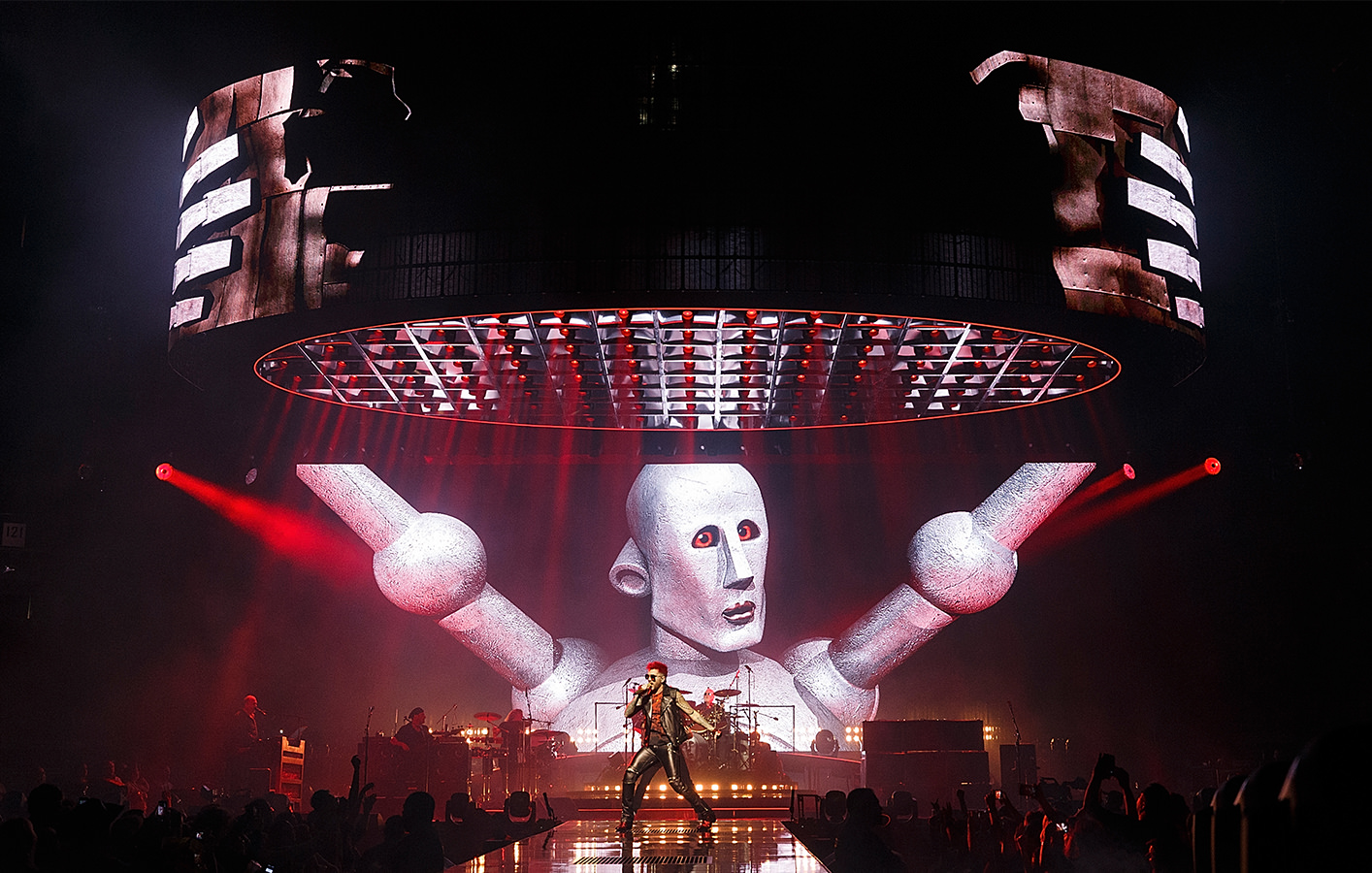 Queen and Adam Lambert proved to be fan favourites when they started touring the world together in 2012.  Now they’re selling out arenas again as they span the globe with the ‘Queen + Adam Lambert Tour 2017-2018’ playing 72 dates in North America, Europe and Oceania.  A disguise gx 2 media server is accompanying the band delivering the power of the company’s pro range of servers plus unparalleled generative content capacity.

“One of the central parts of the show design that we needed to concentrate on was the large, curved header screen elevated above the band”, says Graham Miller, Head of Music/Entertainment at Creative Technology, Europe.  “Ric Lipson from Stufish Entertainment Architects had come up with the design and concept, working in tandem with Lighting Designer Rob Sinclair and Content Producer Sam Pattinson at The Third Company, and we had to find the right solutions to bring all that to life.”

Graham explains that, “we worked with the production manager and fabricator Acass Systems to create this beautiful curve.  We then had to send different video images across the different video surfaces – even animating the eyes in the robot head of Frank, which pops through the stage during the show.” 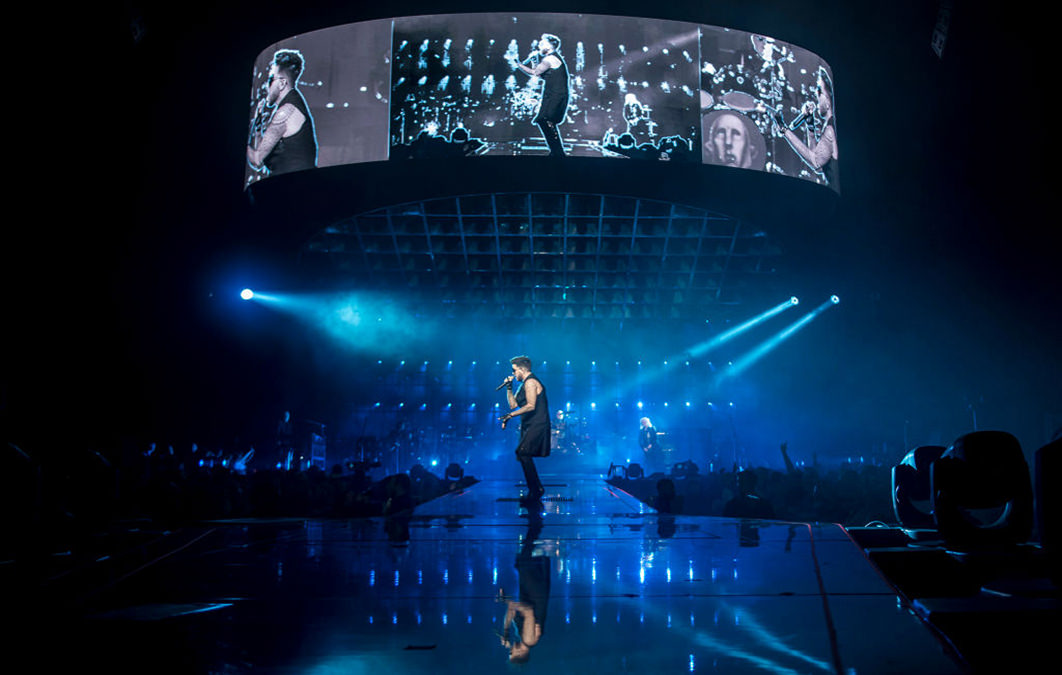 To accomplish this the show required “a media server that would be powerful enough to send the high-res content across the curved screen and also allow us to create video PIPs in different areas.  The disguise gx 2 enabled us to do this easily and to apply realtime effects with the integrated Notch set up for several songs. Notch integration was especially useful for this project.”

"As we got closer to delivering the project we decided that the gx 2 would give us the ‘grunt’ we needed to deliver across all of the screens.”