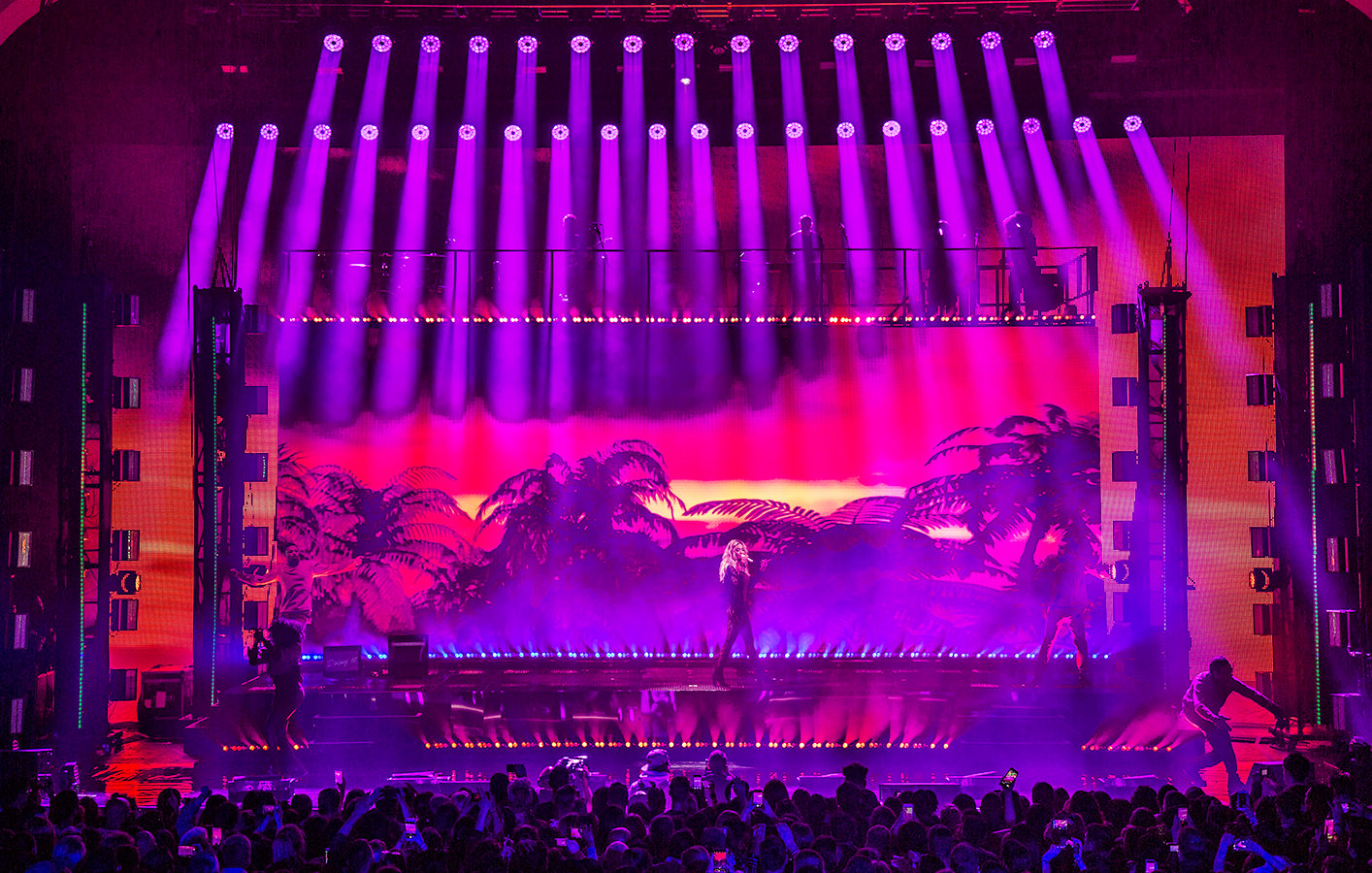 “We have always been driven by video and the aesthetic and how dynamic it can be on stage,” says Bronski. “Our first real venture was in May 2017 when we programmed the entire Stormzy ‘Gang Signs and Prayer’ Brixton Residency show in disguise starting at a very early point in the design process.” After that successful show TAWBOX was sold on using disguise to handle the increasing number of outputs required for the diverse show demand for Stormzys shows and festival appearances. As a result, TAWBOX invested in two disguise solo media servers as soon as they started shipping in early 2018. 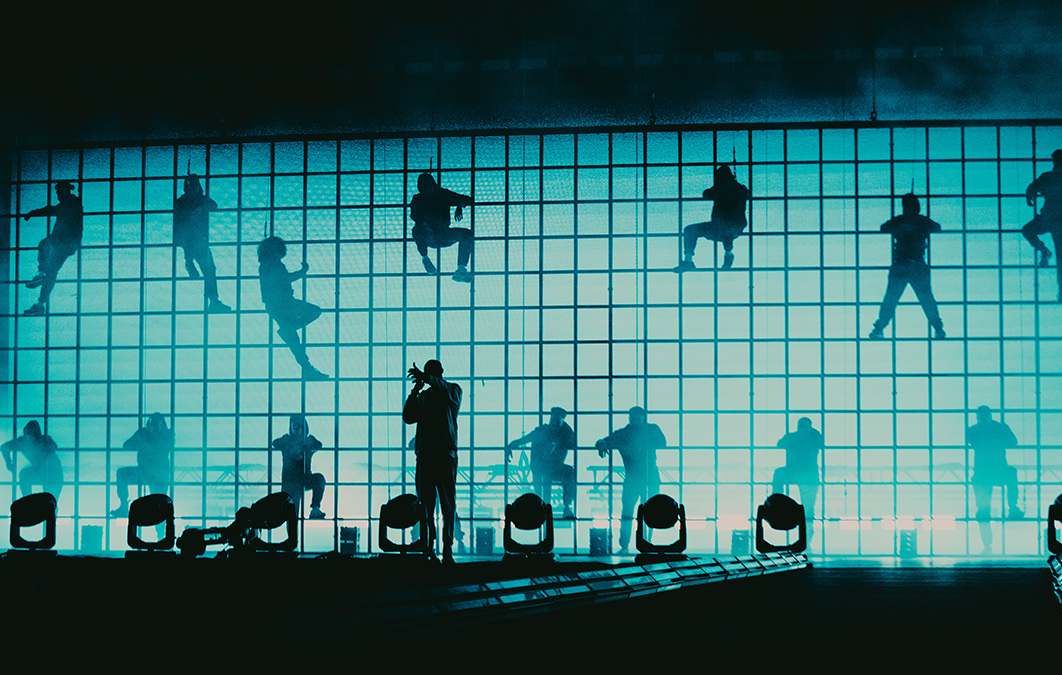 Bronski explains, “with Stormzy, we had previously had two 4x4pros running his major Wireless Festival headline slot, but for the remaining festival dates featuring significantly fewer pixels – Sziget, Super Bock Festival, Warsaw Live, etc – we were able to use the solo, and load in and scale the same show day by day to utilise the house stage and IMAG LED video screens available. Staying in the disguise platform meant we could really make the canvases available to us do what we wanted to achieve.”

“We felt that the solo really hit a sweet spot in terms of what it offered us and, more importantly, some of our artists and the large majority of shows they had coming up,” says Bronski.

“With both shows, we ran multiple layers of content, in order to build our final look depending on the screen layouts at each festival. We also took SDI feeds of PGM and often some ISOs. Both shows also ran to timecode.”

After a successful run of summer shows using solo with Stormzy, TAWBOX were able to use the flexibility of the server for the wide range of summer shows for British pop star Rita Ora. A large portion of the shows has been for live TV performances. “For Rita Ora’s performance on ‘The Jonathan Ross Show’ we had three feeds of content projected onto three sets of domestic blinds over a pool of water. A fair share of perspective, direct and feed mapping were utilised for this, and we were able to manipulate the mapping with ease,” Bronski reports.

A X-Factor guest performance by RAK-SU also saw TAWBOX bring in their solo machines to run video content that ran underneath a keyed TX feed. “Our solos were perfect for this,” says Bronski. “We were able to see how the content looked when the vision mixer keyed in our content, and we were able to switch content with so much ease between camera blocking takes without disrupting anyone."

"We are incredibly excited by the possibilities available to us at all times with disguise! No matter how simple, or how complicated!” 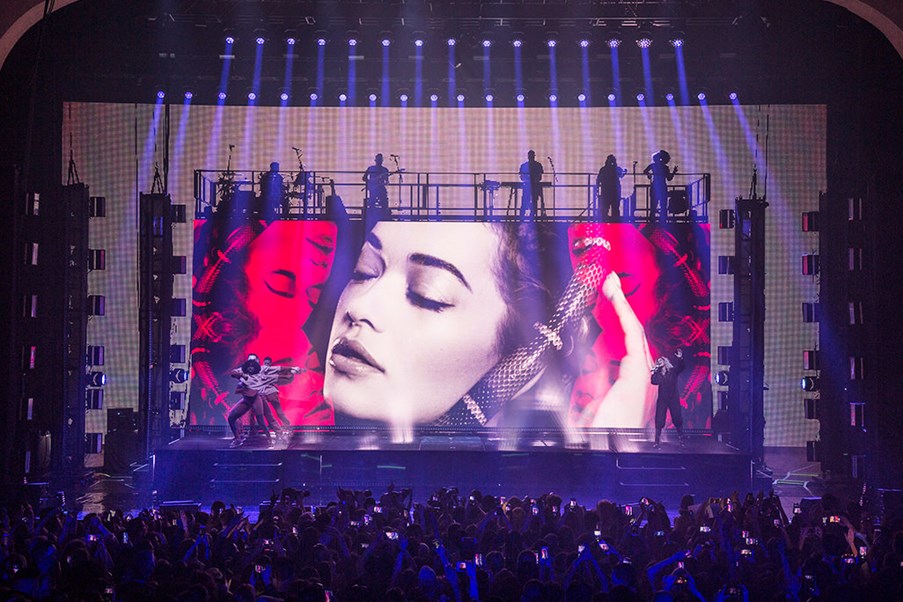 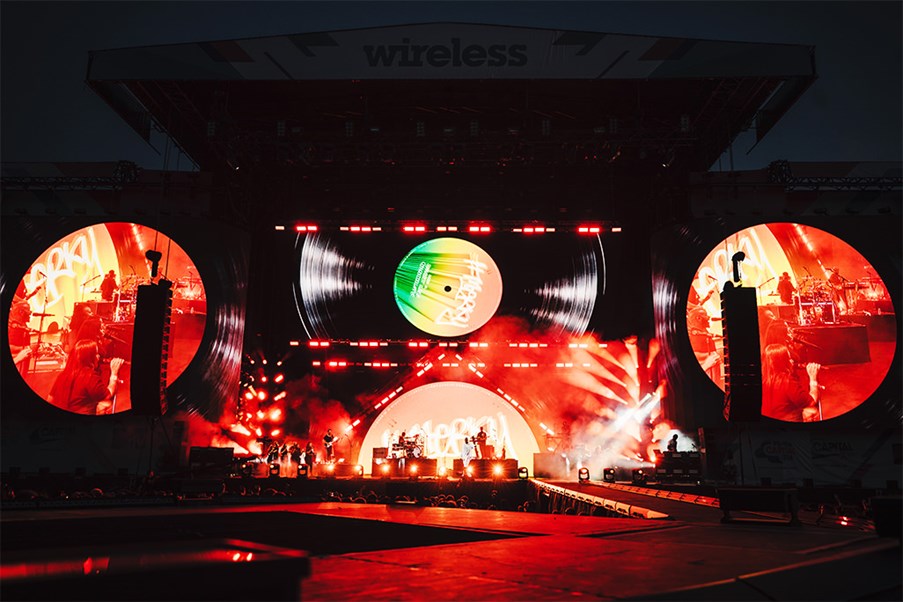 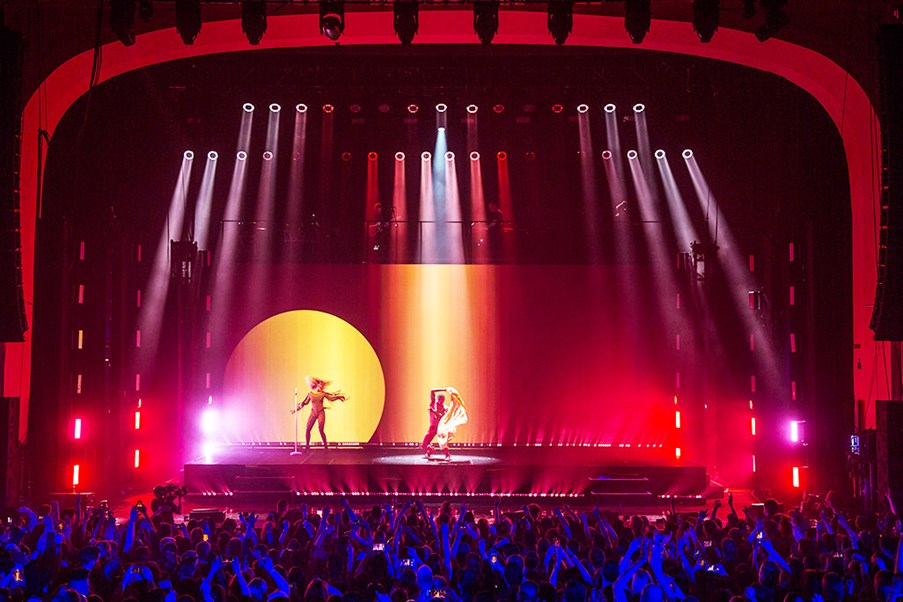 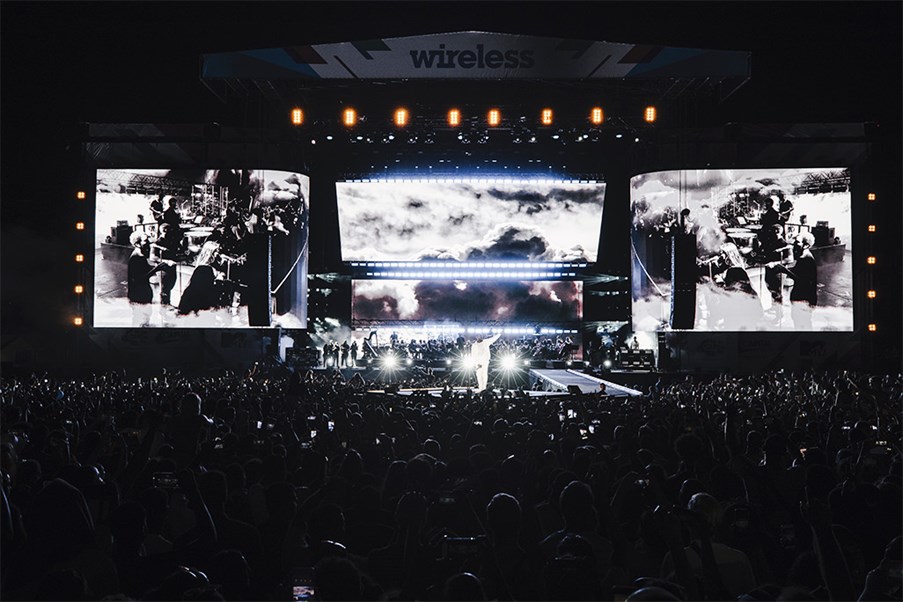