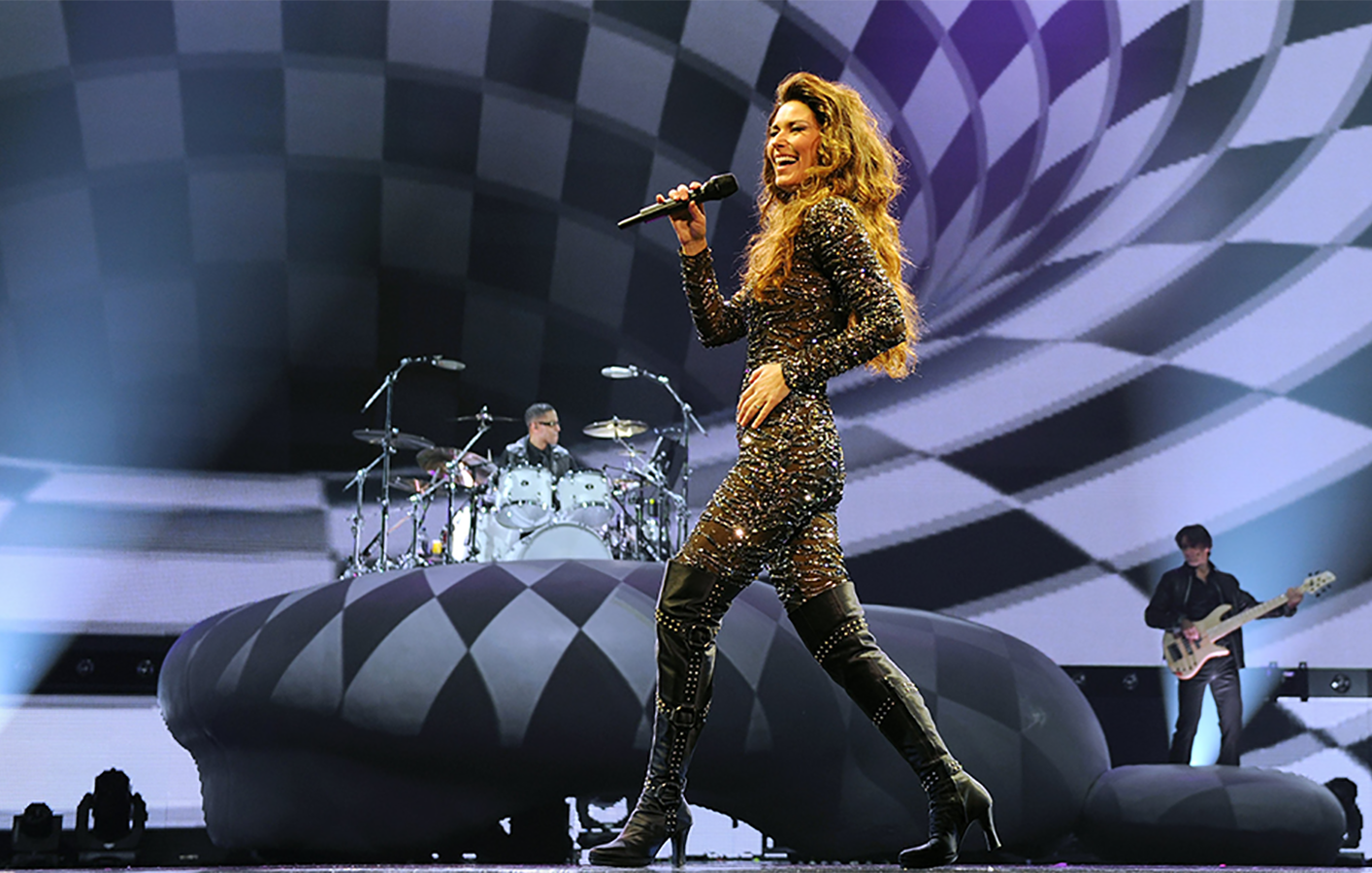 After a hiatus of eight years, Shania Twain kicked off her new show "Still the One" at the Colosseum in Caesars Palace, Las Vegas.

With a total of seven different sets, Still the One is a fast-paced, highly personal journey through Shania’s career. Show director Raj Kapoor, lighting designer Peter Morse, production designer Michael Cotten and video and projection designer Bob Bonniol all worked closely with show creator Shania to create an immersive experience for the public. Bonniol explains, Raj suggested that "we take the whole venue environment and turn it into a media driven landscape. The Colosseum has a large LED wall already but we’ve expanded the canvas by mapping the walls of the theatre, the moving scenic architecture on stage, the floor: in function it is a giant pixel space that we are using as one seamless canvas."

What initially attracted me to using disguise is that you can extremely accurately visualise everything in advance with the 3D stage simulator. This enabled us to nimbly and quickly make changes on the fly and give us time to respond and take it in a different direction if things weren’t working creatively. We could see how the show came together before we got to the venue: this is something that proved to be a critical element to the success of this production.

This ambition naturally came with a set of technical challenges. Bonniol, who has specified all the equipment on the show, mentions not only needing a solution that has the capability to deal with a venue-sized canvas, but just as importantly a system that would make it easy for the creative team to deal with this large pixel space.