The disguise solution plays a key role in the complex and dynamic visuals showcased on the world tour for Grammy Award winning singer, songwriter and record producer, The Weeknd. 'Starboy: Legend of the Fall Tour' is the sixth tour by The Weeknd; it supports his 'Starboy' album released last fall. The tour, which has already covered Europe, South America, North America and Canada, will wrap up back in Europe this summer.

disguise engineer and integrator Zach Peletz and video programmer Kirk Miller from solutions provider, Earlybird Visual, used two active 4×4pros and a 4×2pro pure master to projection map and track a giant origami triangle suspended above the audience and the lengthy thrust of the stage. An additional 4×4pro served as an understudy. Solotech in Montreal provided the disguise equipment.

“When this project came up we knew using disguise was the way to achieve the show’s vision and unique complications.” 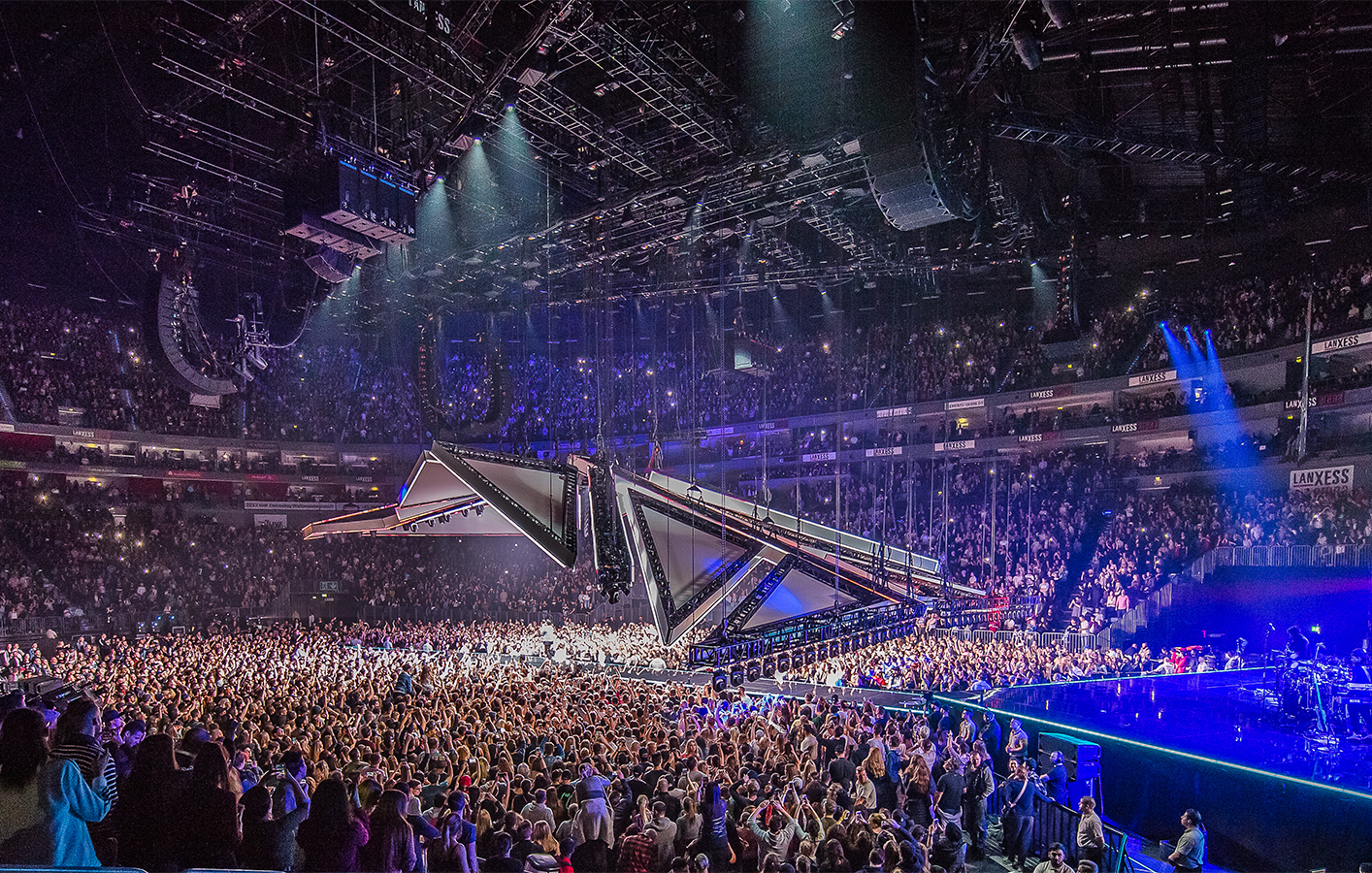 “The origami triangle appears to be one big structure, but it is actually comprised of 10 small, triangular display surfaces each of which is automated to fold, tilt and rotate to give different looks,” explains Peletz. “LED strips outline each smaller triangle, and the truss in between them features automated lights.” The structure was designed by Es Devlin and Sooner Routhier of SRae Productions.

Peletz notes that, “it’s one thing to project onto a big static triangle, but the volume of space we have to track across all the surfaces is huge. We have to make sure we have coverage in every position of the triangle. That’s quite an undertaking.”

Peletz and Miller have been using disguise media servers for several years. “They’ve become our go-to server, in all market segments,” says Peletz.

On the “Starboy” tour two 4×4pros drive two sets of ten projectors spread around the outside of the arena floor to map the origami triangle with colorful graphic animations. “They pixel map over 13,000 channels of data. Similar content for a huge LED wall upstage of the band and IMAG side screens also come off one of the 4×4pros." 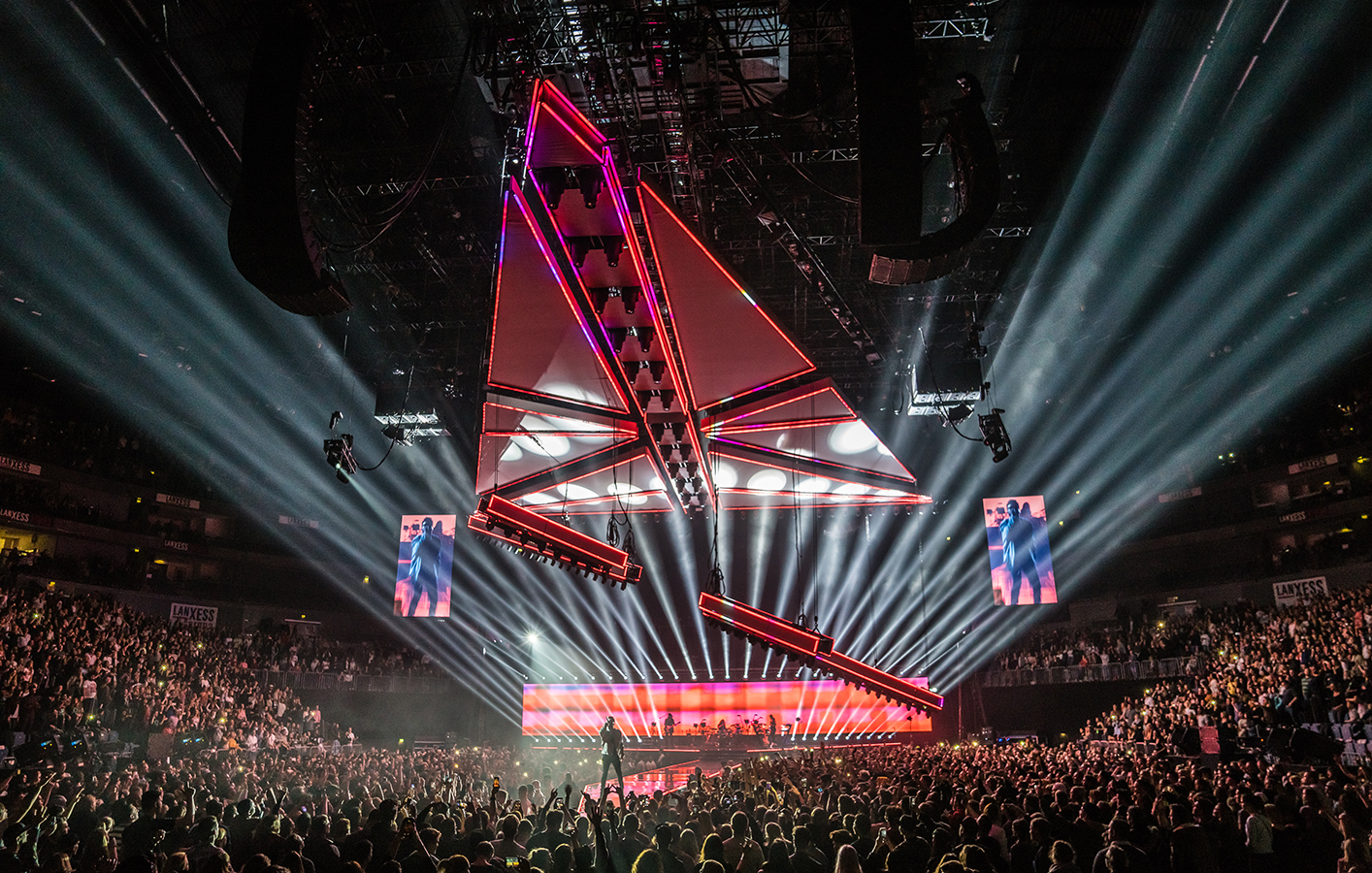 The disguise Sock Puppet feature enabled Miller to program the show from a grandMA2 full size console. “It was a super complicated show to put together, but once everything was in place the programming was very quick and intuitive,” Peletz reports. “The way disguise works with mapping makes it incredibly fast and easy to decide if video will appear as projection mapped or pixel mapped through the lights and in what combinations. The disguise QuickCal feature for multi-pose projector calibration is another very useful feature.”