Zywiec Meskie Granie wrapped its annual nationwide concert tour of Poland in 2017 with a new look, which used disguise for the extensive content mapping. The men’s touring orchestra visits a number of major Polish cities every summer; performers include leading Polish musicians as well as talented young performers representing all genres. 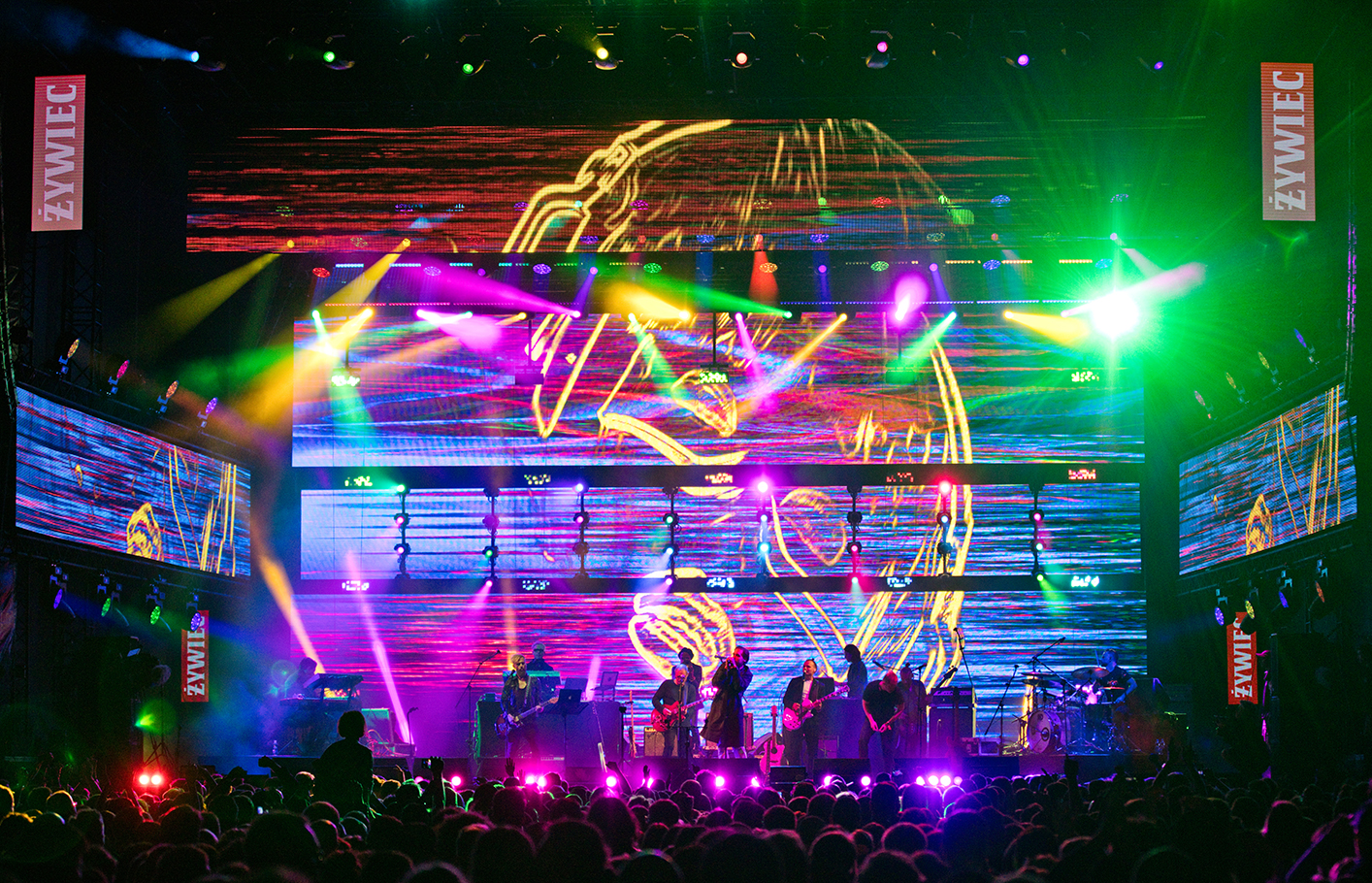 Pawel ‘Spider’ Pajak was the Creative Visual Director and Production Designer for the show. He is the founder and Creative Director of Percepto, a [Creative Production Lab] specialising in inventing and delivering visual solutions for live events, festivals, concert tours and multimedia shows.

“The design of the show had to be as simple and quick to set up as possible as we had door to door shows. I decided to put the weight of the design on huge video and focus on innovative and creative approaches to using these LED surfaces. One of the key elements of the concept was based on connecting the virtual and real worlds, and creating the illusion that people could get lost in what is real and what is virtual content. This came among other things from the idea of the diorama, which was a mobile theatre device in the 19th century."

They also mixed CGI elements with existing lighting fixtures and set pieces with the goal to deliver completely different stage looks for each set.

We developed and implemented a unique, never seen before workflow consisting of Notch real-time generative effects, disguise media servers and a grandMA2 console for a fully-controlled and programmable, real-time 3D environment that gave me a chance to compose and redesign the stage in realtime the way I wanted it.”

Spider says that he’s been “addicted” to using disguise technology for the last few years and chose the gx range “for its efficiency, previs capabilities, system integration, mapping techniques and ability to run the most sophisticated Notch effects and use 3D environments.” This is one of the first tours using the gx range.

disguise has great system integration with Notch and MA desks, and thanks to that we are able to achieve something I call ‘everything everywhere,’ so basically we can do whatever we need with any video content at any moment. Mapping and feeds management is very useful, and I love it as a fantastic tool at the pre-production stage where it connects to all the required tools and software, including Notch, wysiwyg, cameras and more. The disguise software allows you to develop, customise and improve your own personal workflow depending on the requirements and characteristics of the show”

Spider believes that “the efficiency and processing power of the gx systems gave me a chance to push the limits of creative ideas like never before with other machines. Sock Puppet was great since we used over 30 art-net universes for video control, including 3D environments, video content, camera feeds, Notch effects and customize 'Combo effects engines' or static and dynamic masking. Sometimes there were about 25-30 layers per song! We‘ve end up with more than 150 mappings for the tour. disguise provided easy feed mappings and management for the screens and important pre-production capabilities because the back-to-back nature of the shows meant most of the concerts were fully created virtually.” 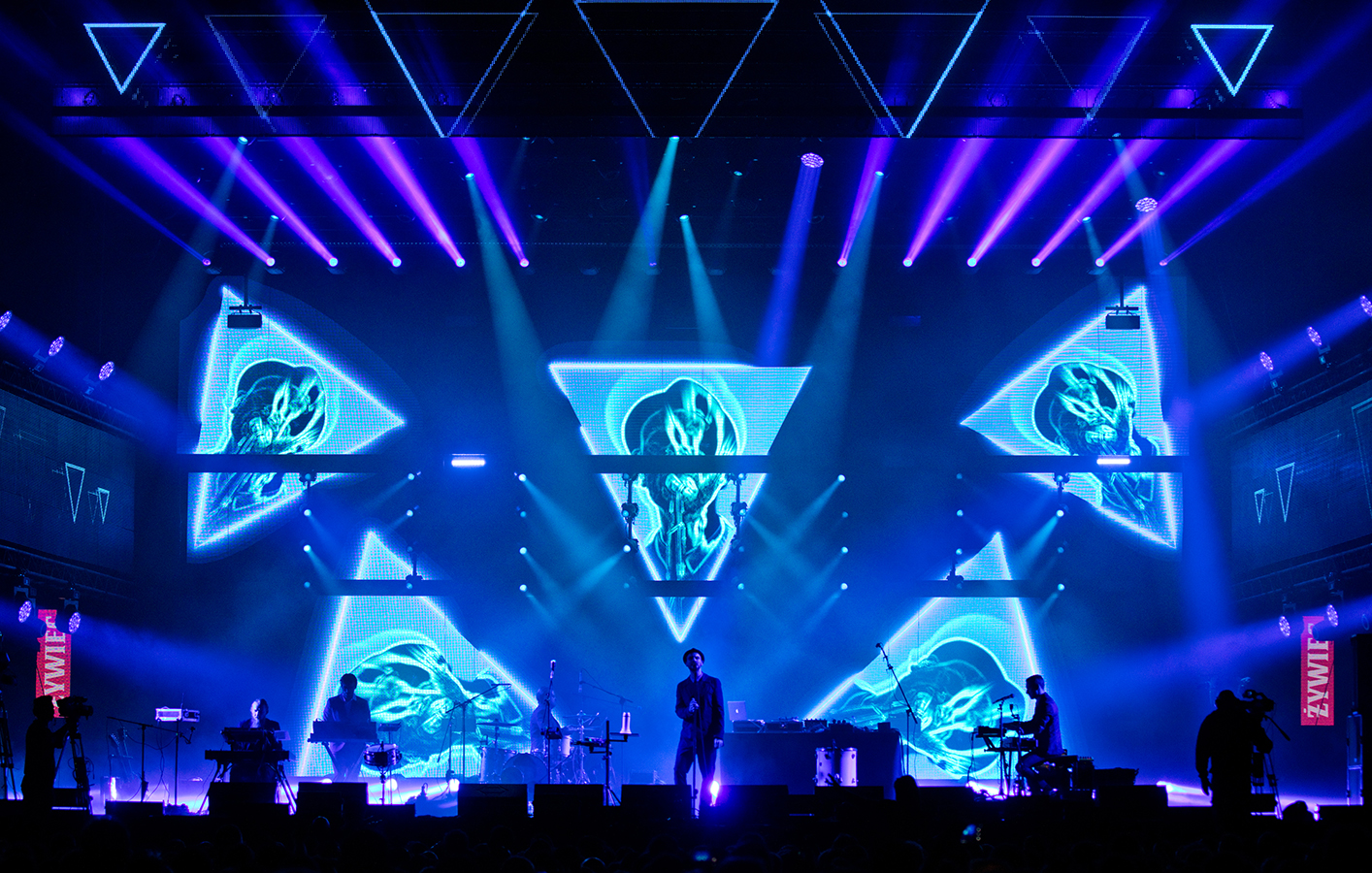 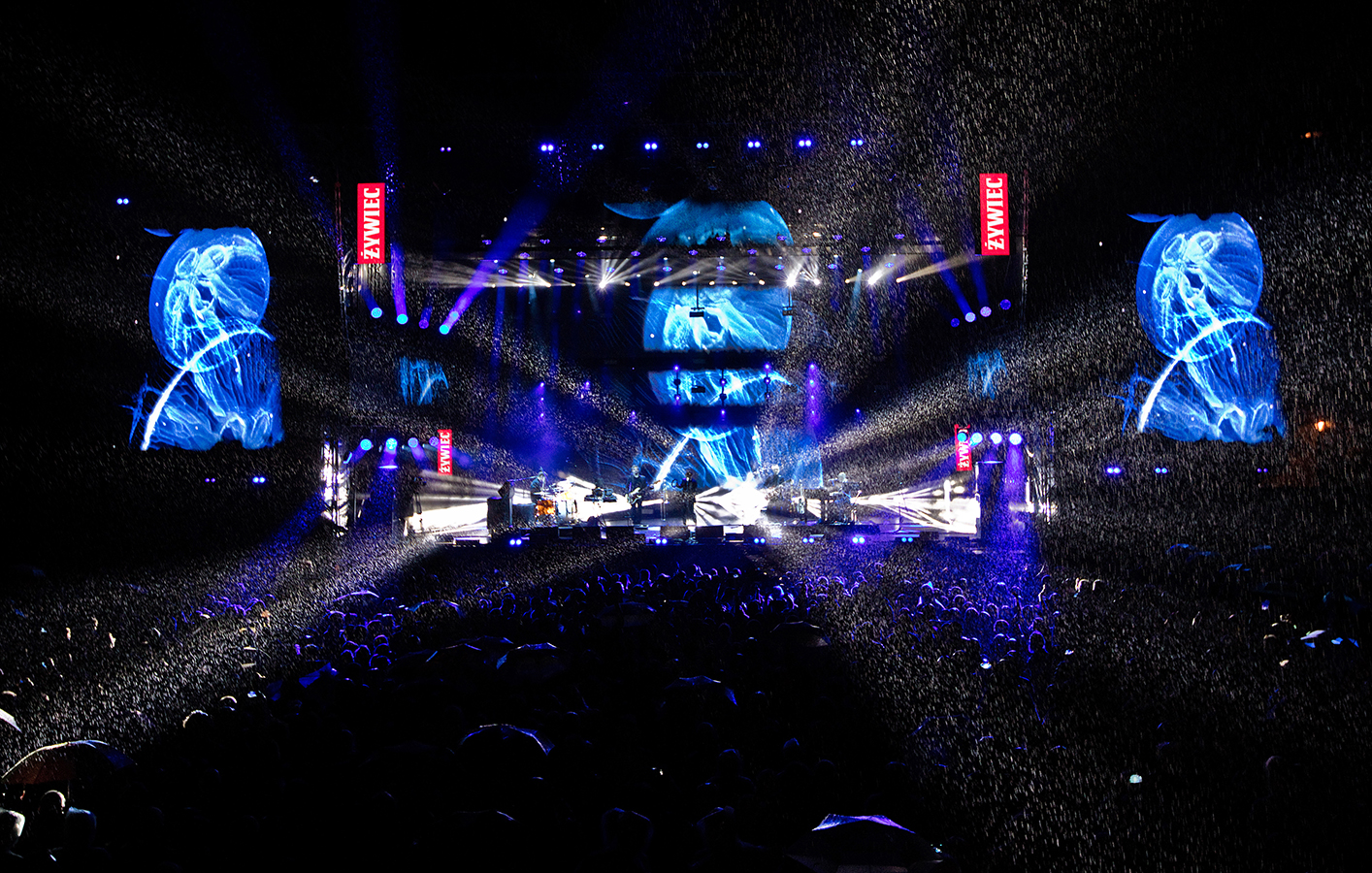