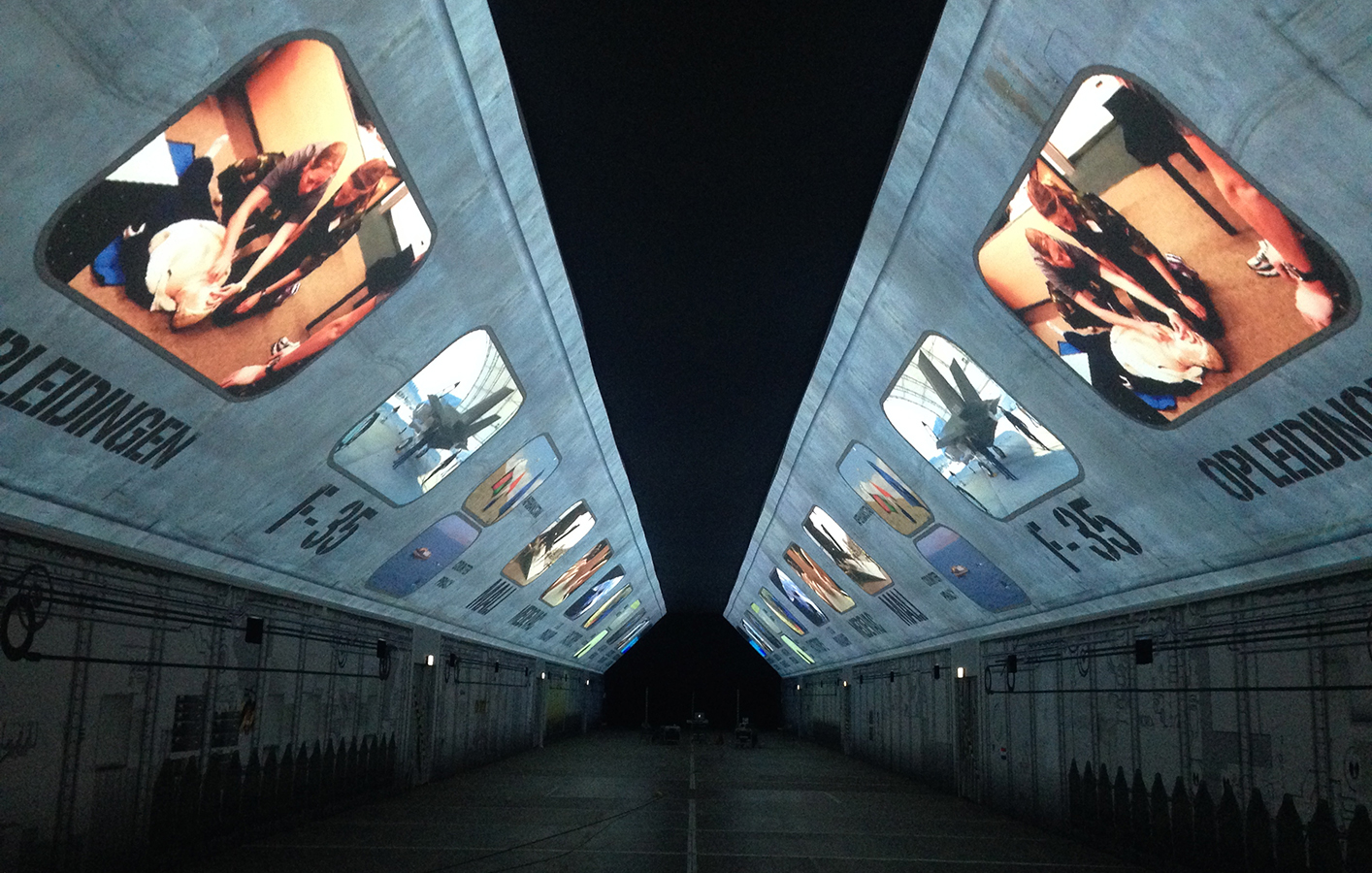 disguise Studio The Unit Showcontrol - now trading as Live Legends, based in Amsterdam, have used their new 4x2pro for the first time during the Royal Netherlands Air Force Open Days in Gilze-Rijen in the Netherlands.

The Royal Netherlands Air Force held their Open Days on 20 and 21 June at air base Gilze-Rijen. This annual events aims to show the public their work and build enthusiasm for life as a pilot, ground supporter, engineer, gunner, medic, ITer or other professions in the Air Force that help serve the country. A wide range of aircrafts, planes, jets and helicopters took the stage in spectacular airshows, including F-16 fighters, Spitfires, Migs, Chinooks, the British Red Arrows, and an MD11.

This year the RNAF wanted a fresh approach to its Open Days, with a focus on “Experiencing the Air Force”, particularly in Operation Air Support (Operatie Luchtsteun). The RNAF brought agency Fjuze on board to help create this experience for its visitors. Fjuze came up with a tunnel idea: upon entering the Gilze-Rijen Air Base, visitors are led through an experience tunnel, where projection and sound gives them a taste of being part of the Royal Netherlands Air Force.

Although the venue was calculated for 200.000 visitors, an estimated 245.000 turned up due to its popularity. Many thousands of other Air Force enthusiasts followed the event through a live stream.

Gilze-Rijen Air Base opened its gates at both ends of the airstrip, so two similar tunnels needed to be made. Flowing through from either entry, the visitors would walk through either 100 meter tunnel, with two 70 meter projection screens on either side immersing them. Each tunnel required 24 projectors (12 on each wall), making it a 48 projector project in total.

Due to tight scheduling, the build of the tunnels allowed no room for error. The projectors were placed outside the tunnel, projecting through holes in the structure. Specially printed fabric depicting the inside of an aircraft was mounted on the structure, again with projection holes cut into the fabric.

On top of this, the projectors had their own construction, placed in holes in the tent floor to avoid noticeable vibrations from crowds of visitors. With such a construction, absolute precision work was required to make the installation work.

This is where the new projection feature in disguise, Footprints, was incredibly useful. Not only did it allow for the team of The Unit to see the design in 3D well in advance, but also to see how the projectors would perform. Footprints shows projector coverage, light fall off, shadows and pixel stretch in the disguise stage visualiser.

Dave van Roon, one of The Unit’s key disguise Operators, says: “Using the new 4×2pro and the new Footprints feature really give you a taste of the capabilities and power the system has – it’s the next wave of disguise.” Using the Footprints feature showed that early designs of the tunnel were too steep: the projectors were at such an angle that pixels would stretch, next to this, focus couldn’t be guaranteed over the whole projection surface. As a result, the design was altered to find the optimal compromise between the design concept from Fjuze and technical realisability.

The coordinates of the projectors in the disguise project were exported and send to Faber Audiovisuals, who managed to position the projectors in real life to millimeter accuracy. Aided in their technical realisation by The Unit Showcontrol, both 4×2pro and 4U v2.5 servers were used for an effective and powerful control system. Faber designed a structure to match the angle of the projectors as well, which meant that after a complete system startup, only minor adjustments to the manual calibration in disguise were required to get a correct setup.

Jeffrey Goes, Managing Director of The Unit Showcontrol, says: “When we heard about the pro range we were very impressed with its features. The disguise focus on innovation and future technology corresponds with our own ambitions: our aim is to continuously expand our creativity without adding technical hassle. And as the first in Europe to have and use the new pro range, we can say we’re very excited about the way things are going – it’s a privilege to be part of the disguise family.”