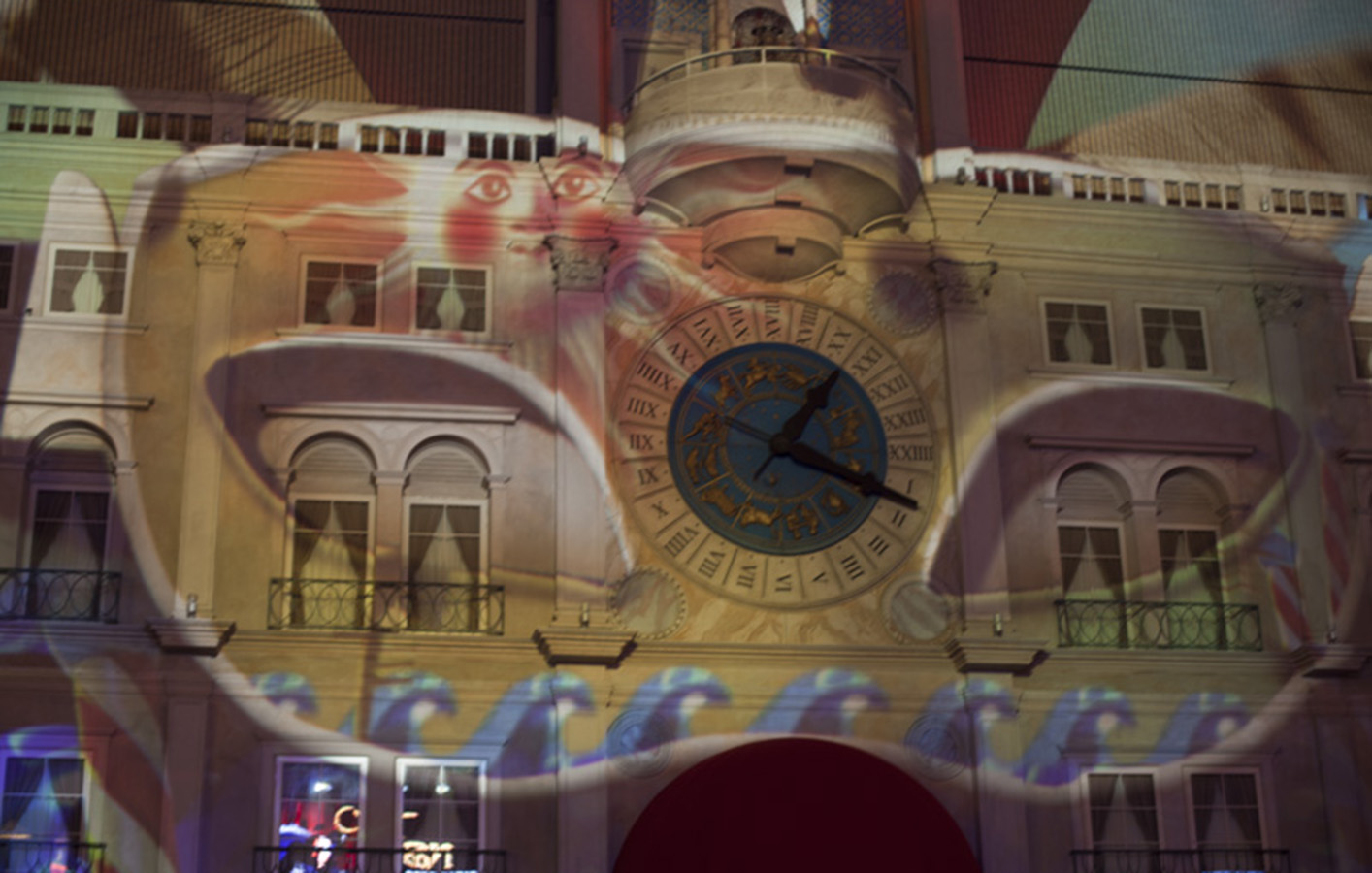 London based The Projection Studio - led by Ross Ashton - chose disguise to run the permanent projection shows at the Venetian resort in Las Vegas.

The colourful, vibrant giant images are projected on to a 25 × 25 metre canvas forming part of the Venetian’s frontage including a full scale replica of the famous Clock Tower from St Mark’s square in Venice.

A key reason that The Projection Studio was chosen to produce the series of visual shows is Aston’s reputation for pictorial storytelling with detailed historical references. The Venetian’s team wanted each show to have real depth and substance as well as being instantly accessible for the public. The resulting ‘live art’ phenomenon has been hugely successful at the Venetian with the initial three daily shows, and this has now continued with the special ‘Winter In Venice’ work. Ashton explains:

The challenge was to produce a unique and interesting narrative to engage onlookers in each case, which also required a distinctive Venetian feel, and had to be delivered to exceptionally high standards.

Another problem was that the tower in which the 4 projectors are located is made of metal. With temperatures being extremely variable in the Vegas desert, expansions and contractions happened with changes in heat, causing a slight shift of focus over time. Reacting to such circumstances needs to happen swiftly and easily. In this case, the disguise auto calibration tools really came into their own, allowing the operator to re-calibrate the facade within an hour for 4 projectors, including edge blending and masking. 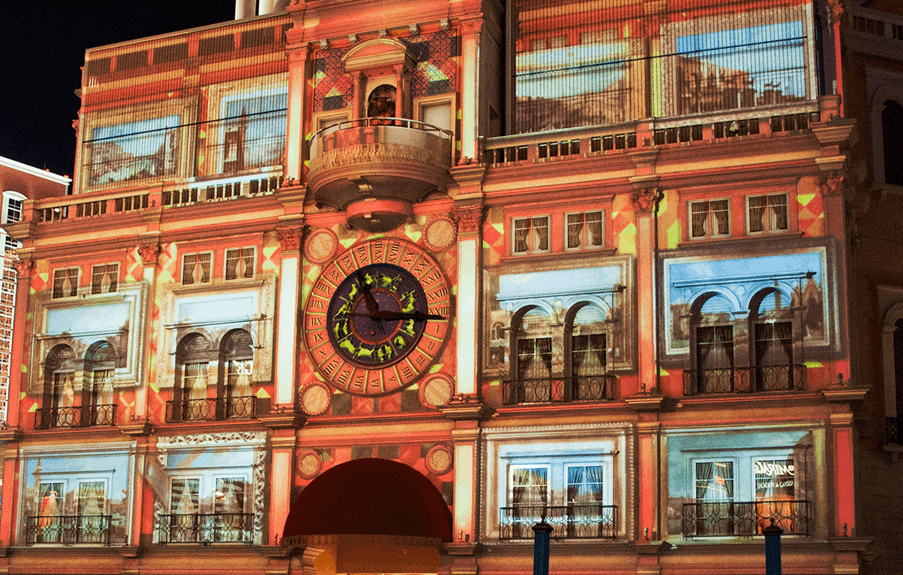 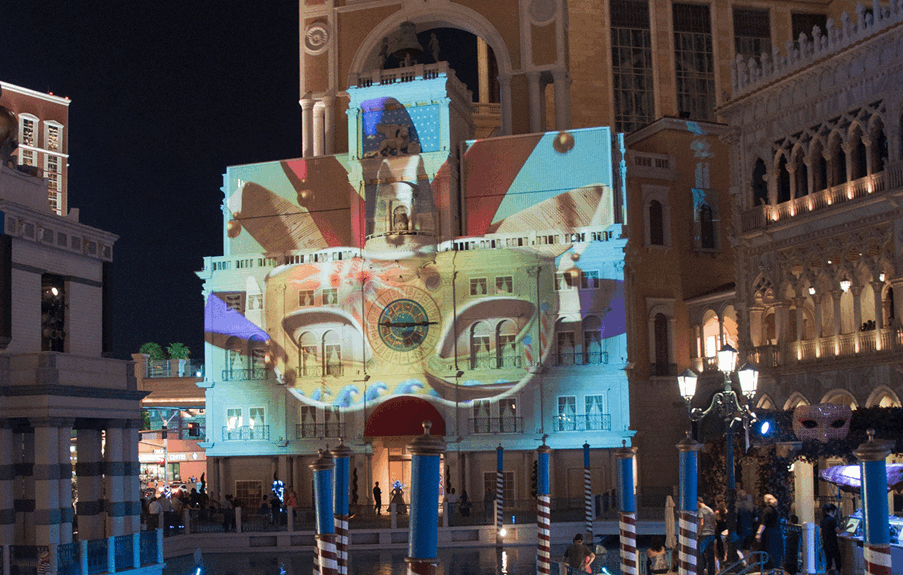 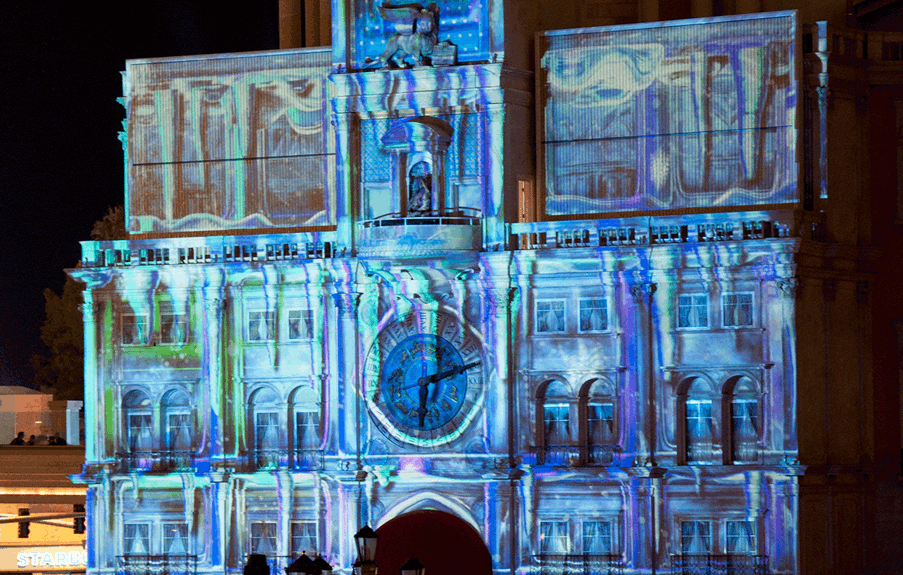