Window Of The City, Shanghai 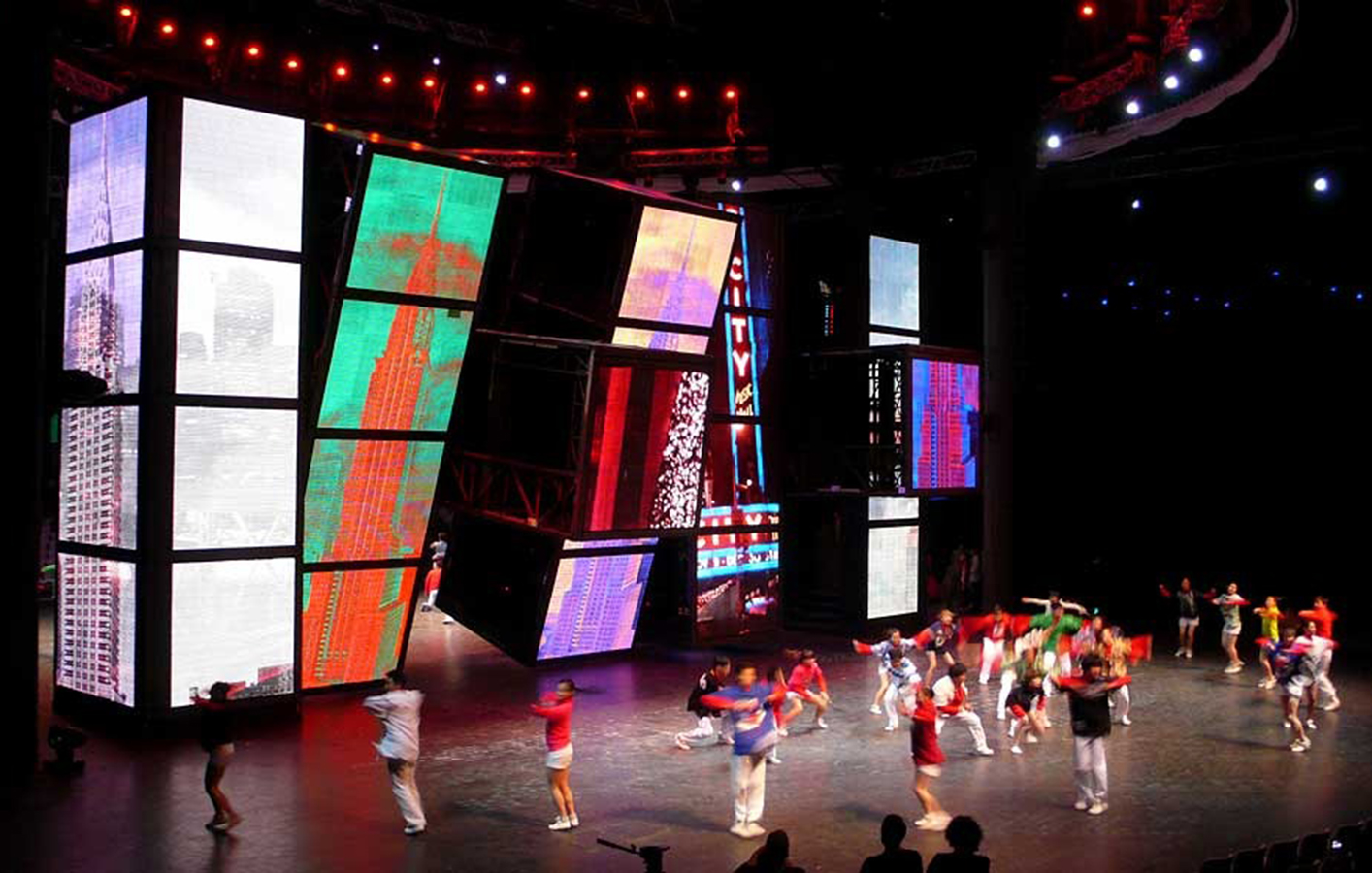 CT Asia decided to get disguise onboard when the plans for this three-dimensional transformable LED screen were presented to them at an early production meeting by Show Producer Serina Chen and Technical Director Charles Fu. 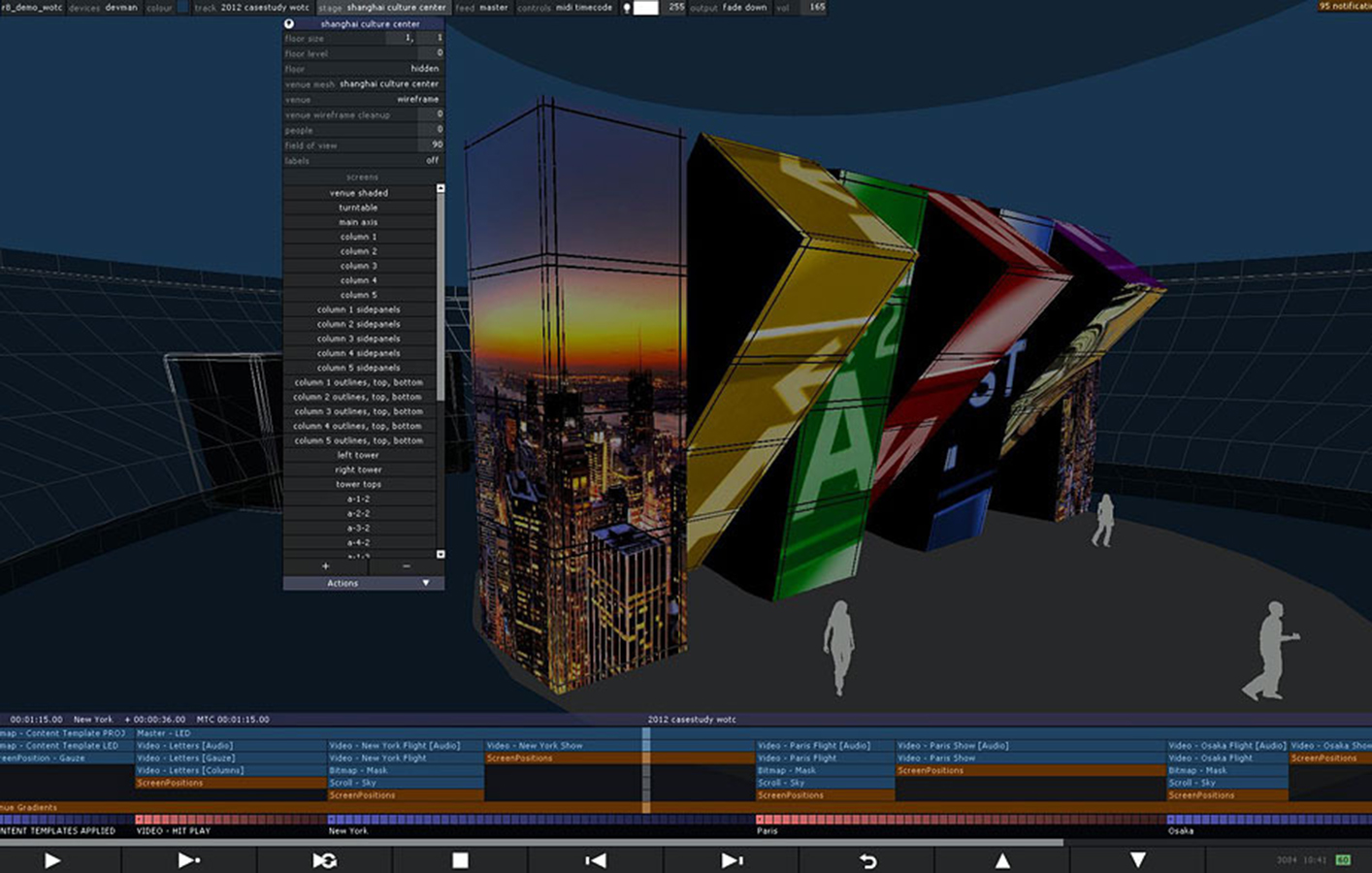 A 20 meter turntable supports 2 vertical towers, between which a central axis can raise and lower whilst the 5 central columns can each rotate around 360 degrees. The central panels of the rotating columns also slide in and out, with the front faces of these drawers also being covered with LEDs. This presented a considerable challenge for the content creators, the machine control engineers, and the LED suppliers. The turntable is also surrounded by a drop in gauze projection screen.

The development of the show was pre-visualised using the disguise stage visualiser, allowing the machine engineers, content creators, choreographers, show directors, and producers to develop the show throughout the build and rehearsal period.

disguise was invaluable in helping to envisage the choreography of the LED screen moves; enabling the show designers and machine engineers to use disguise as the de-facto template from which all screen moves were determined. The end result meant the audience could sit around the screen in 360 degrees, and be presented with correctly mapped content at all times.