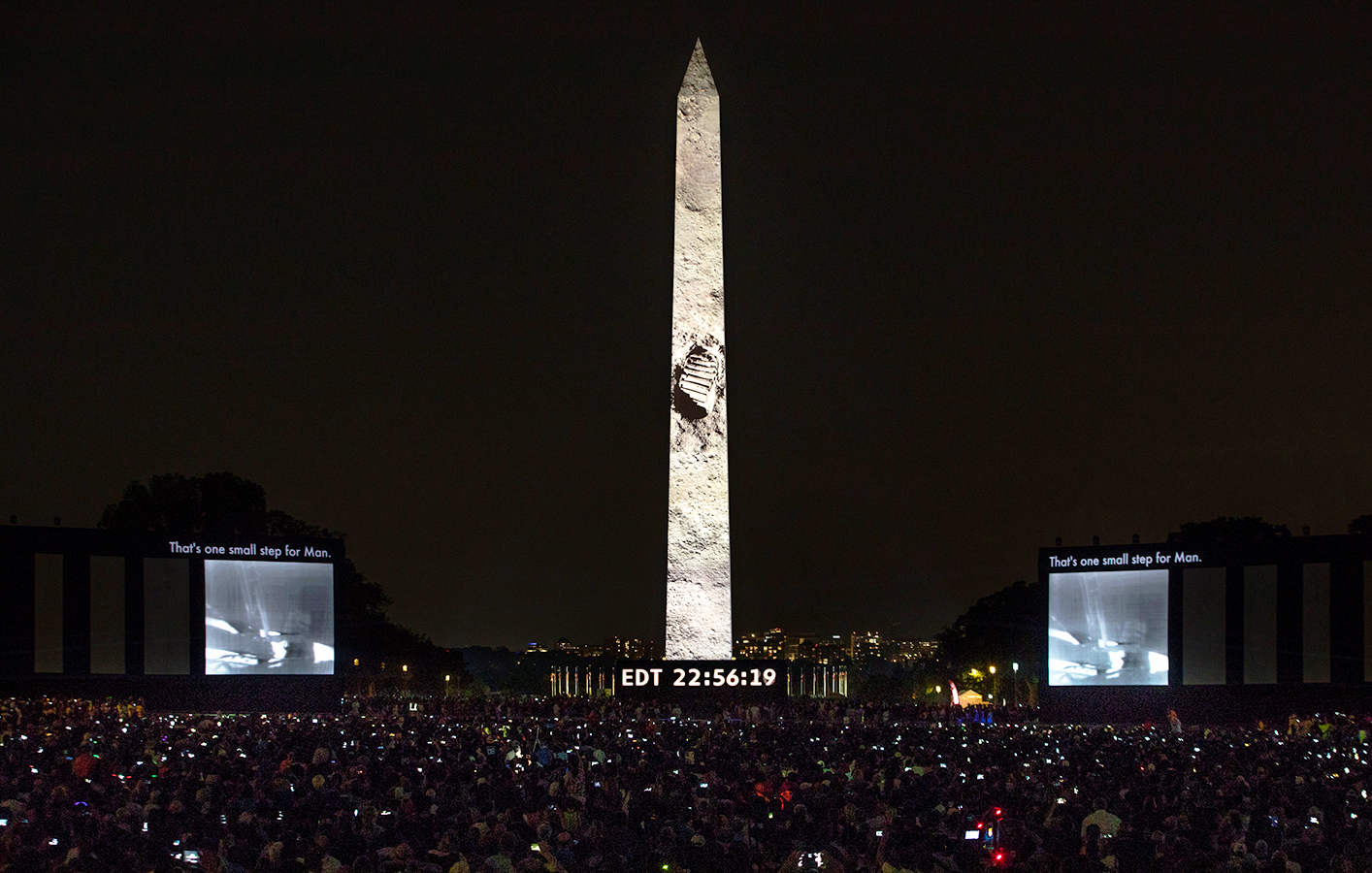 Washington D.C. residents and visitors had a front row seat for one of the most spectacular celebrations of the 50th anniversary of the first moon landing. ‘Apollo 50: Go for the Moon,’.

The National Air and Space Museum conceived and commissioned the creation of “Apollo 50: Go for the Moon” from 59 Productions, the London-based multi-award-winning company of artists, architects, designers and technologists offering world-leading expertise in design for stage and live events, architectural projection-mapping to exhibition design, VR experiences and technical consultancy.

The free, large-scale public event was held over two evenings – on 19 & 20 July 2019 - for an audience of half a million watching on the National Mall and visible to others across the city. The 17-minute artwork paid tribute to some 400,000 people whose work made the first lunar mission possible.

59 Productions, which has offices in London and New York, chose two disguise 4x4pros with SDI VFC cards for the mixed master and understudy running with 15 HD outputs. They also used two disguise solo media servers as editors for the programmers. 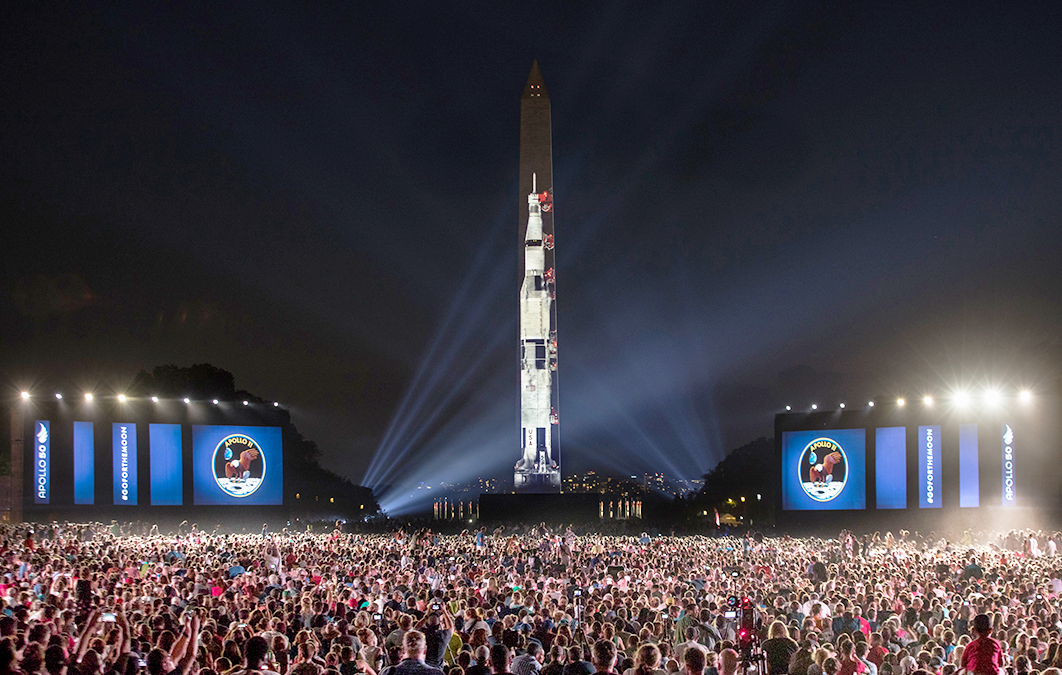 Apollo 50 - Go for the Moon created by 59 Productions; conceived and commissioned by the Smithsonian's National Air and Space Museum. Photo by Evelyn Hockstein.

“59 Productions specified disguise in order to use its advanced pre-visualisation capabilities. We also took advantage of the opportunity to pre-program the show offline since we had limited time to project onto the monument itself,” explains Iain Syme, Technical Associate at 59 Productions.

disguise allowed us to have multiple simultaneous programmers working on the same show file on the solo editors, which really made line up on this scale very quick. It also enabled us to maintain output to the monument from our 4x4pros projecting the Saturn V rocket as well as work on the show in the editor at the same time.

disguise’s QuickCal feature came in handy for the unique show: “After our video supplier DWP Live completed the optical convergence of the rig in the projector, 59 Productions was able to use QuickCal to get a good first version of the line up on the first night of technical rehearsals”.

The Notch and disguise integration capabilities were also used on the project: “We designed a real-time countdown clock in Notch for disguise playback that mirrored the look of the NASA launch countdown clock in the show. It ran in advance of the show on a solo patched into the 40-foot wide LED wall and counted down to show time” Syme added.