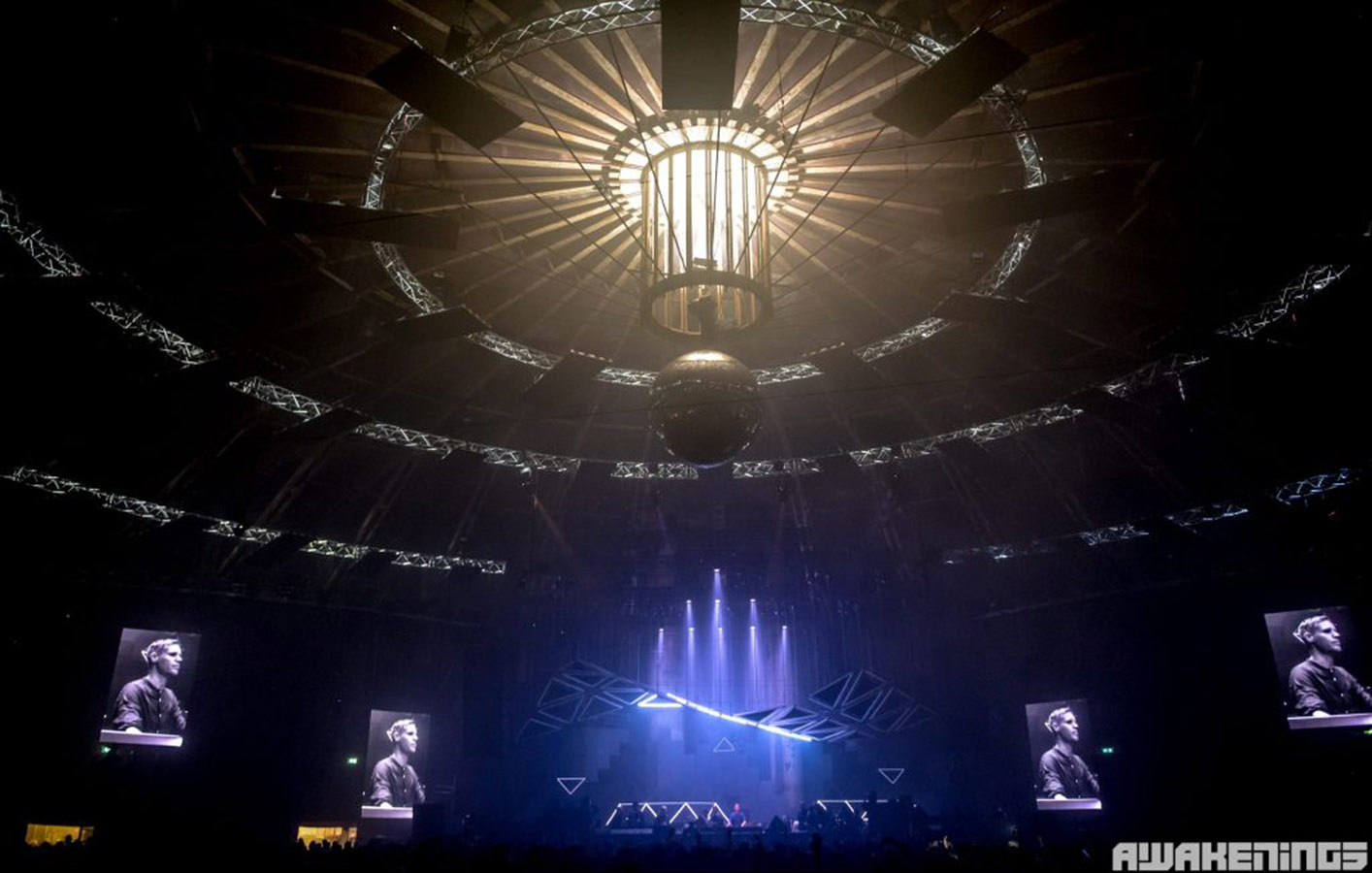 Back in 1997, Awakenings started as a small techno event, almost 20 years later, it has grown to be a legend in the techno scene. The Amsterdam based, Monumental Productions, became residents at the Gashouder (former factory) in Amsterdam. But their techno tunes reached the globe with Awakenings events in Antwerp, Eindhoven, London, Manchester, New York City, Chili, India and Rotterdam.

At the Amsterdam Dance Event 2016, the Gashouder, was the place to be, with a 5-day edition of Awakenings. After all these years, Awakenings has maintained a recognisable style, but still seeks to find ways in which it could improve, for example, flying LEDtriangles gave a new dimension to this set. Live Legends were asked to join the team and come up with new ways of controlling the video and to develop innovative methods of creating content on the spot. 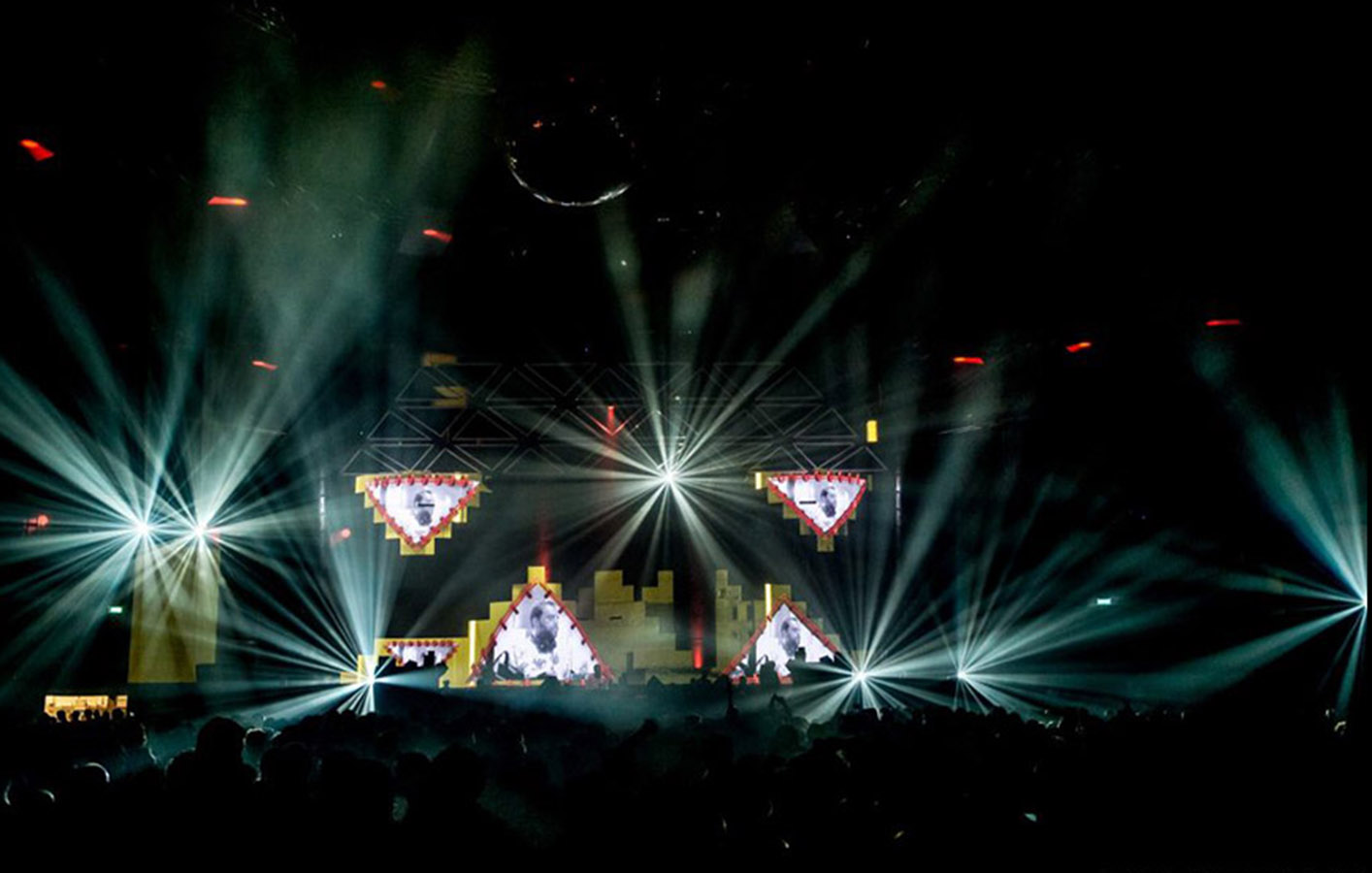 As most of the FOH crew had done previous editions of Awakening, a certain style and workflow had evolved, it was important this workflow could still be used. Live Legends’ disguise operator Johannes Versloot adds “With the disguise feed mapping capabilities, it was easy to put the content of the VJs onto the screens, in any configuration they wanted. We were able to use the new spherical mapping, which is a nice solution in an in-the-round setup. On top of that, Sockpuppet was used to add content and effects from the GrandMA consoles.”

The setup consisted of 96 screens on the walls and on the ceiling. On and beside the stage, several screens surrounded the DJ, including curved LED and two screens with winches. 33 LED triangles with winches above the DJ created different shapes and these triangles could (through an HTP merge) be coloured by the Grand MA and with content from disguise. One challenge the team faced was that 420 m2 of LED produces a lot of light.  In order to keep that theatrical, it was key to choose screens which should be on at any given moment. To do this, Live Legends created a system that could control every screen individually, turning them on and off, changing the colour of the content through Artnet, as if it were lighting fixtures.. 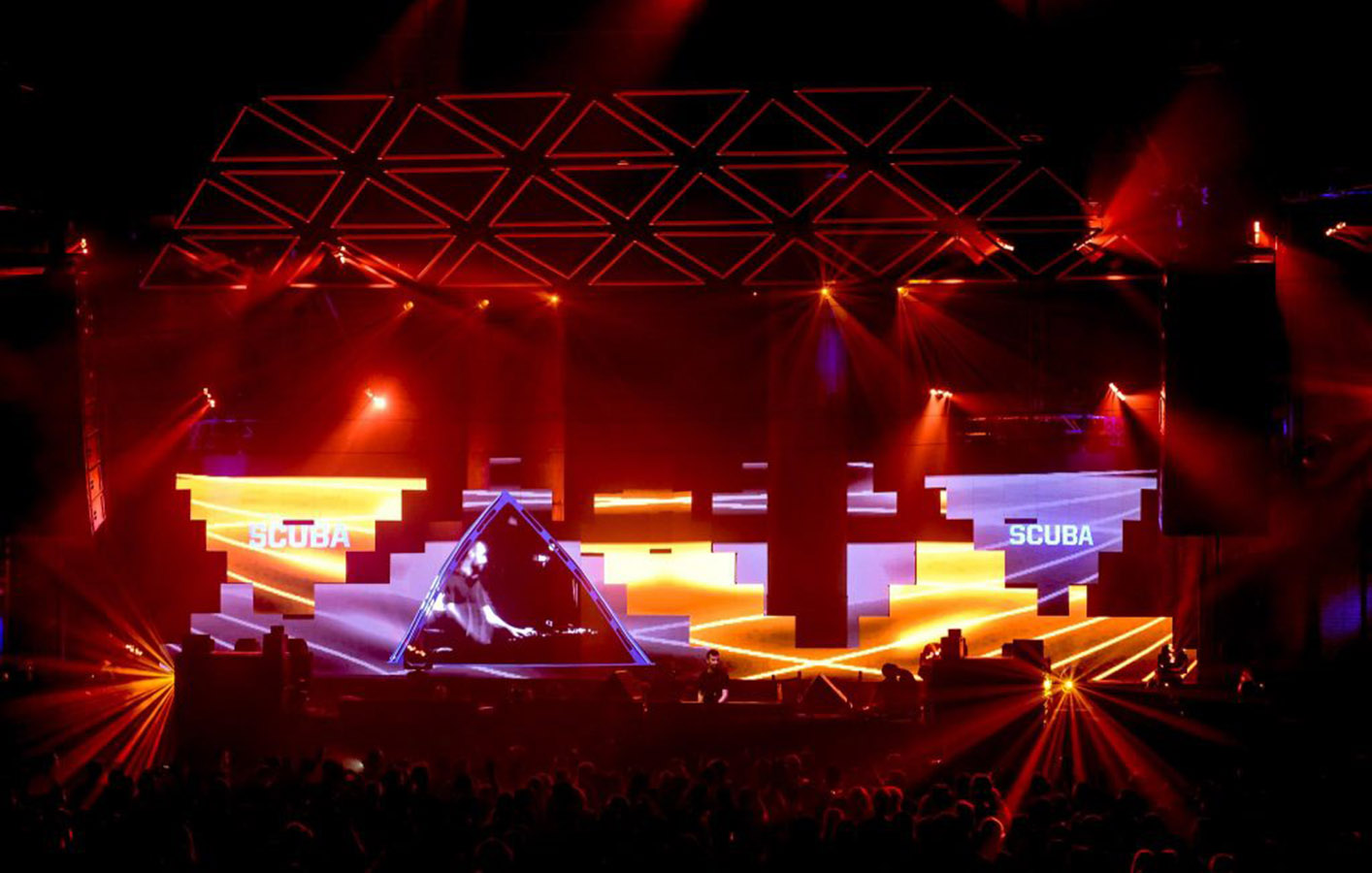 In addition to the conventional content, extra effects were created using Notch, a real time content workflow supported by disguise. One example of Notch effects was to create a virtual VL5 lighting fixture.  The VL5 is a signature fixture used on many Awakenings editions, including this one. A 3D model of this fixture, including the familiar colour flags, was loaded in Notch and connected to Artnet. As each screen in the roof could be loaded with a virtual VL5, this meant there were 96 lighting fixtures that could pan, tilt and colour the way the real-life VL5s were, enhancing the look in the venue and the scale of the show.  In a similar way, 131 Svoboda lighting fixtures were created, including the amber-drift-curve when dimming.

Live Legends’ disguise programmer Dave van Roon explains, “it was a refreshing experience, to be able to create content on the spot. Not just because you don’t have to wait for your render and are able to make changes really quick, but also the ability to make your content respond to what happens on stage.  It’s a new approach for shows. We were able to show the client interactivity they’d been looking for. Also being able to create these effects from a 3D perspective makes for an immersive experience.”

Versloot adds, “Usually I’m operating lights for shows, and the VL5s responded like the actual fixtures, which made it feel natural for me to control them. From the VL5s it was a small step to the other effects. To me it is really interesting to control video as if it was light. You could also notice this on the response of the audience, they really felt this was not just a movie, but was something created on the spot.”