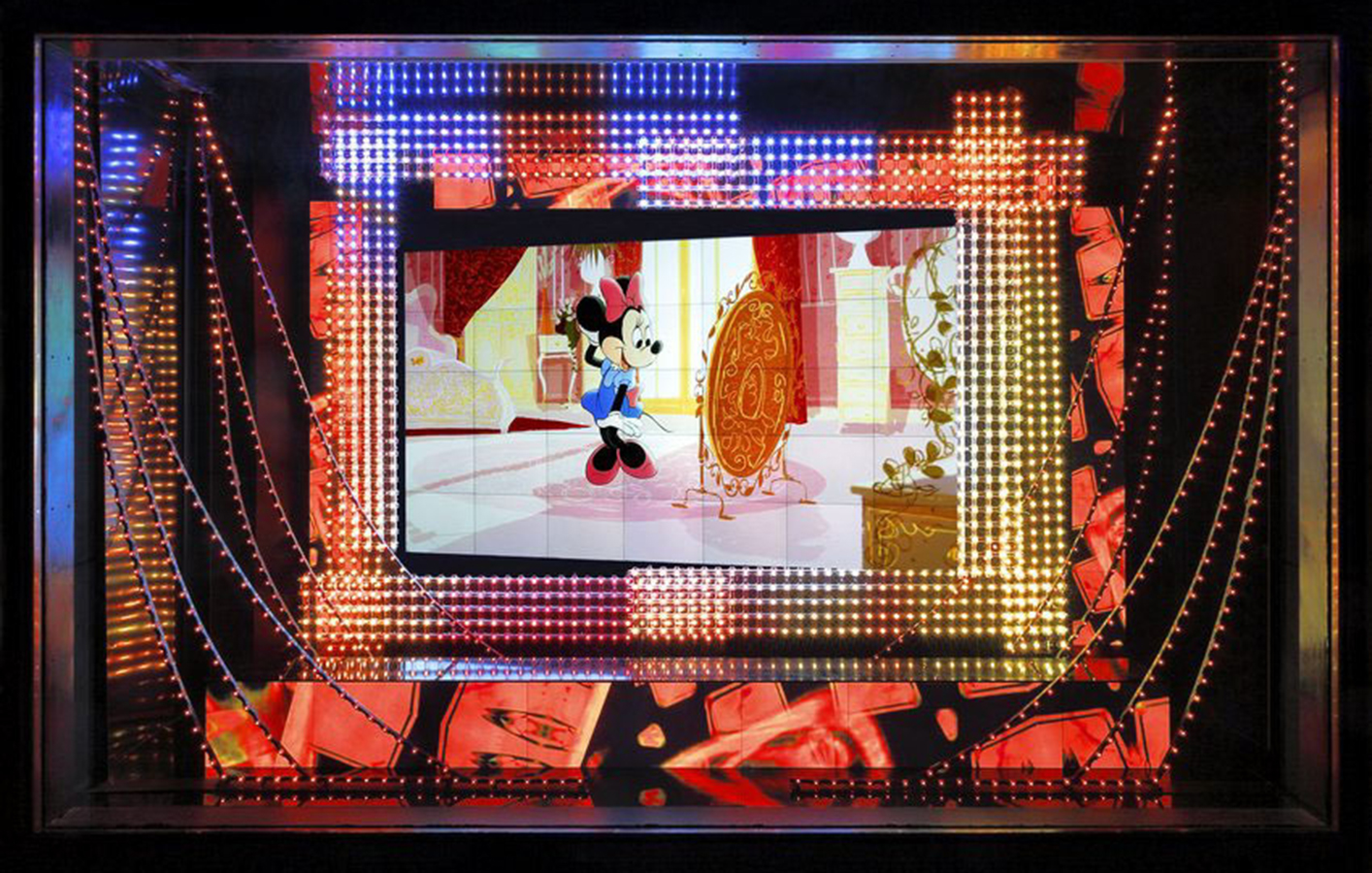 As part of Disney's Electric Holiday at Barney's New York, the Madison Avenue flagship store has a seasonal window display with hi-res LED tiles and LED mesh and string. Designers and content creators NYXdesign used disguise throughout their workflow.

The Electric Holiday programme merges the creativity of Disney with the legendary Barneys New York to create a festive fusion of electric lights, music and fashion.

Visible throughout the United States in Barney’s stores, the Madison Avenue flagship store in New York kicked off the programme on 14 November, 2012 with a spectacular seasonal window display over multiple stories including hi-res video tiles and LED string and mesh on the facade of the building. The seasonal windows as part of Electric Holiday are on display until 3 January.

Abigail Rosen-Holmes, Brian Gale and Emanuel Treeson from the acclaimed creative studio NYXdesign were commissioned to design the installation and create all content bar the 10-minute animated Disney art movie that formed the core of the media display. NYXdesign worked closely with disguise throughout the project phases to ensure a successful delivery of the event. 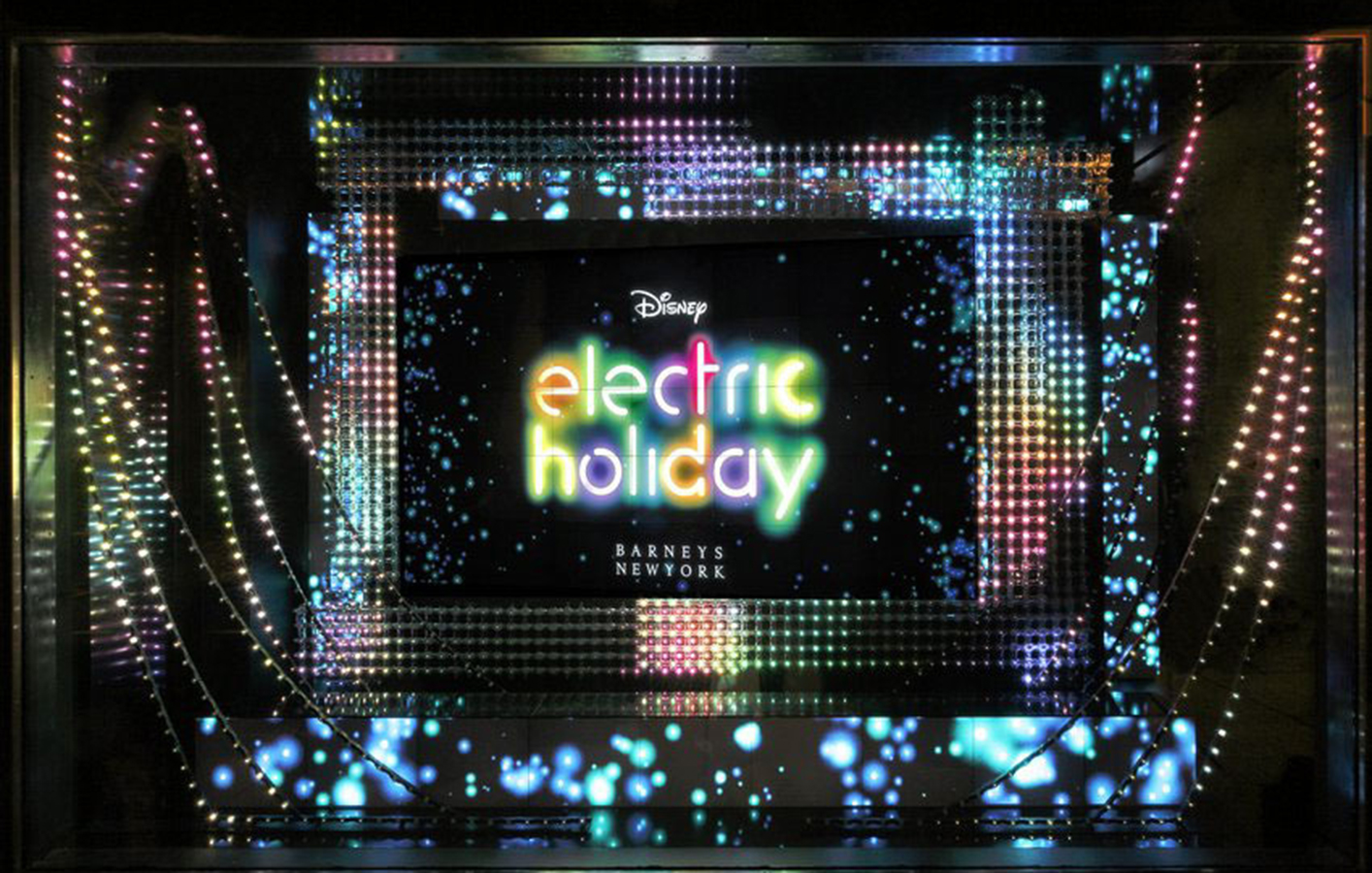 The media displays that form the seasonal window display on Madison Avenue are a combination of Christie Digital high resolution MicroTiles and Traxon LED Mesh and String, all running on 4 x disguise 4U v2.5 systems with a single disguise understudy. Outputting 15 layers of HD video simultaneously, disguise has been integrated into the design and production process from the early stages through to delivery.

One of the key benefits of having the 3D simulator integrated into disguise was being able to program the show far ahead of the event. This show was programmed on the 10th floor of Barneys New York, without any line of sight of the physical displays, another key benefit of having an integrated 3D simulator.

What made disguise the right solution for this high-profile project was the simplicity with which operators were able to swap and re-configure outputs on the spot. disguise can flip the video in real-time without any adjustments to the content with a few mouse clicks. The 3D simulation together with its output re-configuration abilities caused a dramatically reduced set-up time. This meant fewer members of the public seeing the show ahead of the event.