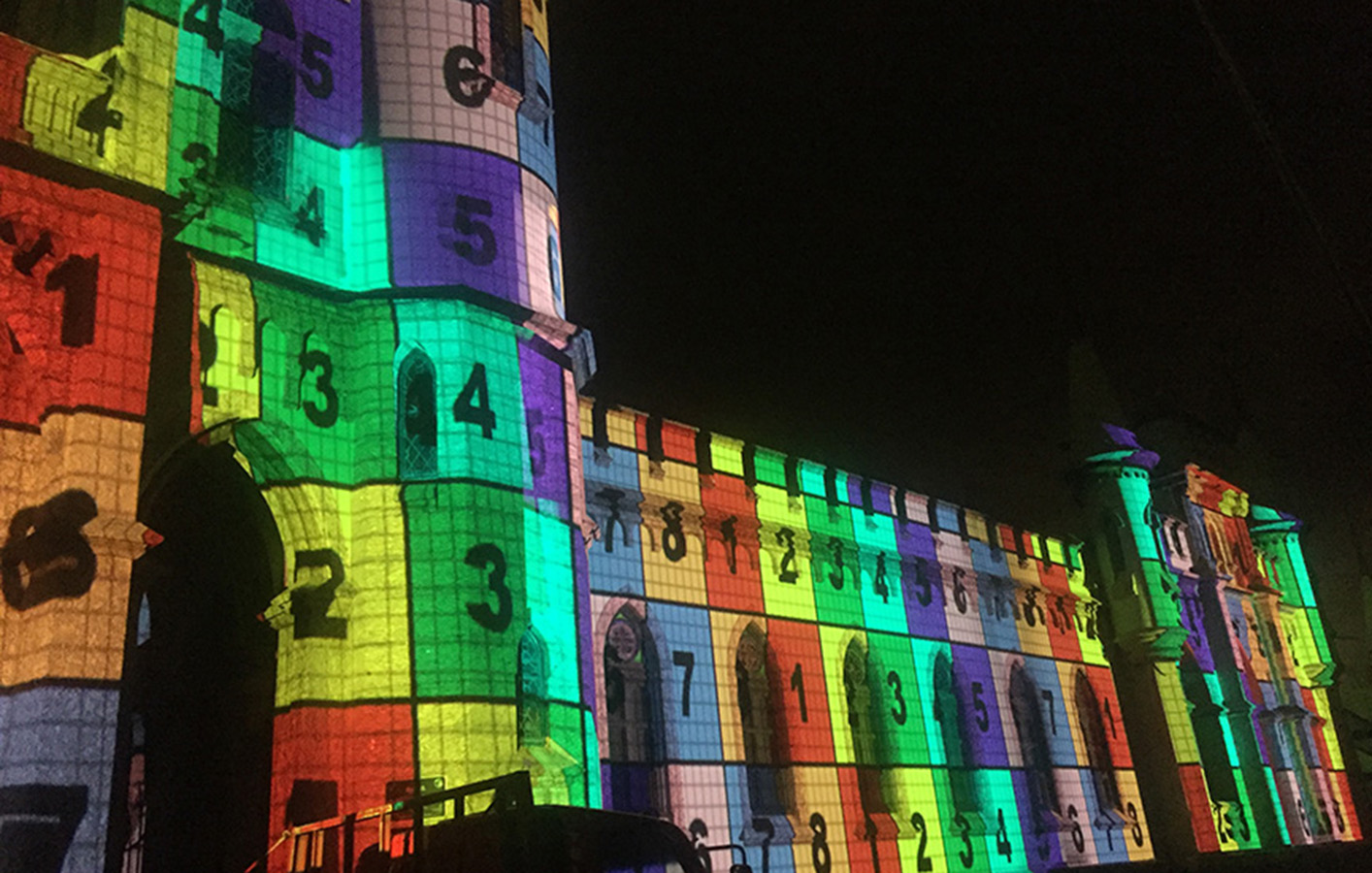 A leader in the audiovisual sector in Latin America, Brazil-based Hoffmann recently projection mapped the landmark palace on Ilha Fiscal in Rio’s Guanabara Bay. Hoffmann utilized a pair of disguise 4x4pros to bathe the Gothic Revival structure in glowing colours and animated patterns for EY’s Entrepreneur of the Year award ceremony.Hoffmann is a disguise rental partner supplying events with high-tech equipment and services from its offices across Brazil. It delivered all the technical services, including content production for the projection mapping, for the EY Entrepreneur of the Year gala. The event, staged by Ernst & Young Brasil, chose the Brazilian representative for the World Entrepreneur of the Year awards to be held in June. More than 60 countries will participate in that event.The Ilha Fiscal gala hosted 400 VIPs and award finalists. Once home to Brazil’s customs service, the lime-colored, fairy tale-style palace greeted guests with projection mapping across its 90 × 15 meter façade. The far side of the building featured a stage and dining area. 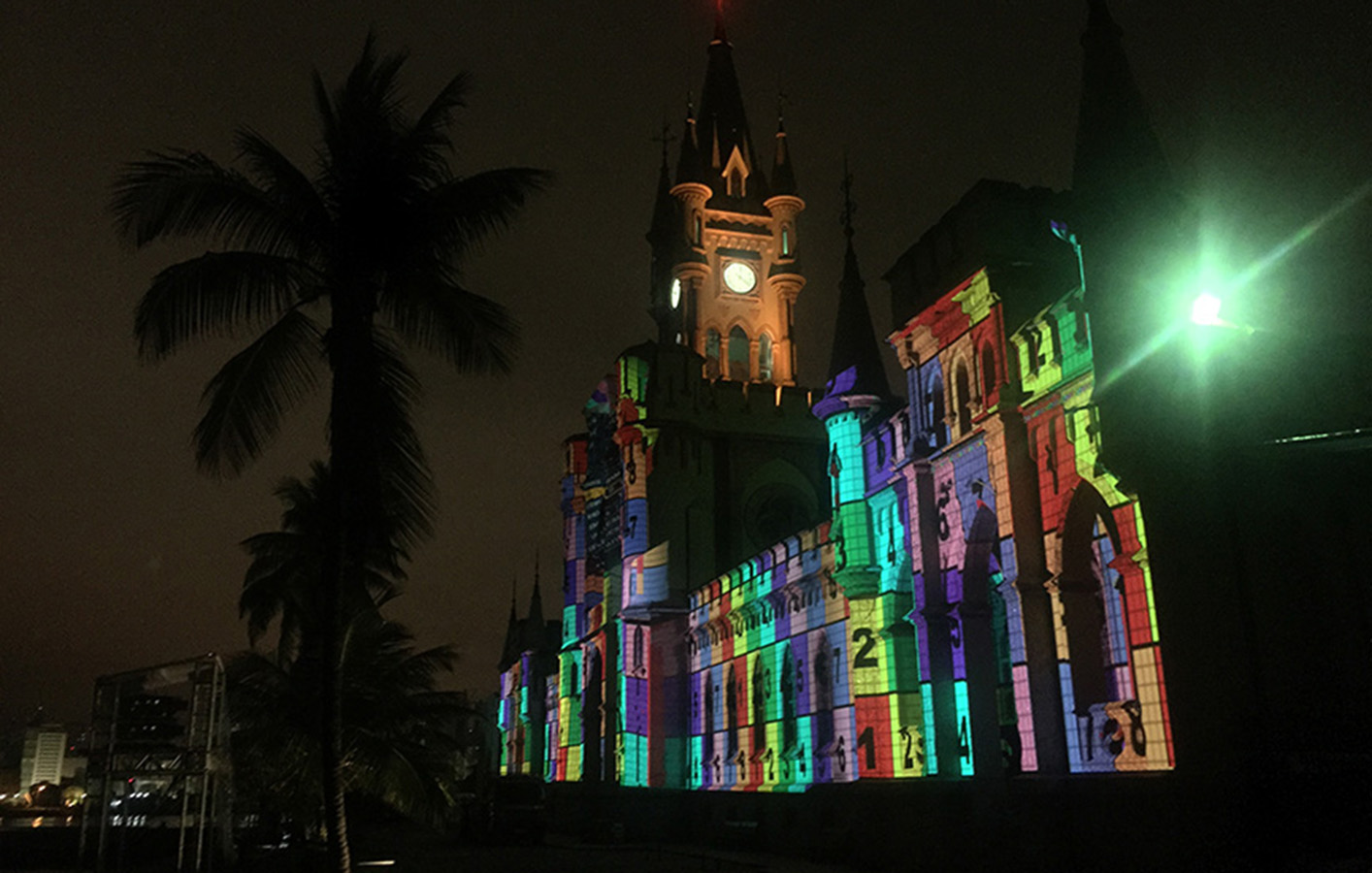 Hoffmann laser scanned the palace 18 days prior to the event when it was awarded the project and began producing the projection content. The company had to guarantee that no light would extend beyond the palace structure since Ilha Fiscal is adjacent to Rio’s Santos Dumont Airport.“I knew it was a very short time to produce the mapping content, so we did the 3D scan of the building on the first day,” says Hoffmann technical director Felipe Bruno. “The 3D scan allowed us to produce very accurate content within a short time; disguise made the project deliverable in just 18 days. At the end of the first week we started to approve the content with the client using a 3D printed model and mini projectors. This worked like magic to give the client confidence that they would get exactly what they were seeing in prepro.”The Hoffmann team deployed eight Panasonic PT-DZ21K2 projectors for the event. “We had two nights to set them up but lost the first night because of a storm,” Bruno reports. “The disguise QuickCal feature made all the difference for us: After the projectors were positioned it took less than one hour to finish the job.”

Bruno also cites the disguise Footprints feature, which allowed them to visualise the effect of actual projector placement before arriving on site. When Footprints is enabled users can see the precise coverage of each projector, the pixel density on the surface and the exact shape of every projected pixel. Users can simulate brightness fall-off and how projectors overlap to create blend zones.The 4×4pros provided the stability and smooth playback Hoffmann demanded, too.“We received very good training on the system from Chris Simcock who advised us step-by-step how to achieve our goal and feel very comfortable with the software. This was very important because the event marked the first time we were working with a workflow featuring 3D scanning, OBJs and mini projection. We had no problems with the disguise systems during the entire project.”At Hoffmann Gabriel Weckmuller, disguise specialist and technical manager of the Special Projects department, was in charge of the video systems.