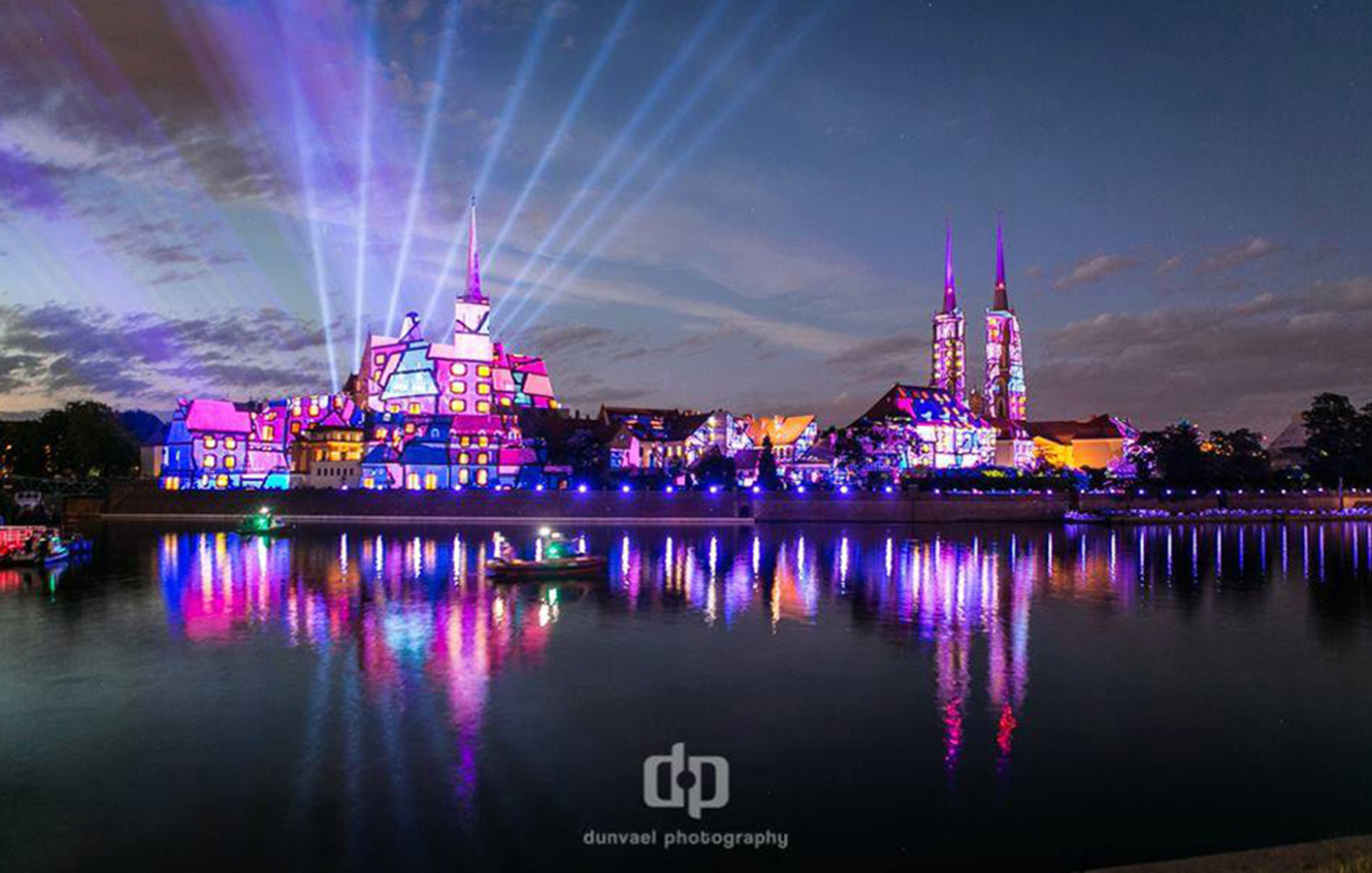 Wroclaw, Poland marked its role as one of the European Capitals of Culture for 2016 with the Flow, a series of happenings, performances, dance and musical spectacles celebrating the city and its residents. The multimedia finale of the Flow depicted the history of Wroclaw in four acts. It was delivered by 300 artists and 45 watercraft on the River Odra and watched by some 50,000 residents and visitors.

Four young composers – Udi Perlman, Amir Shpilman, Jiri Kabat and Pawel Romanczuk – worked together with four orchestras to create the Flow Cantata performed on a stage by the River Odra and live streamed to four big screens in the city center and to viewers online. 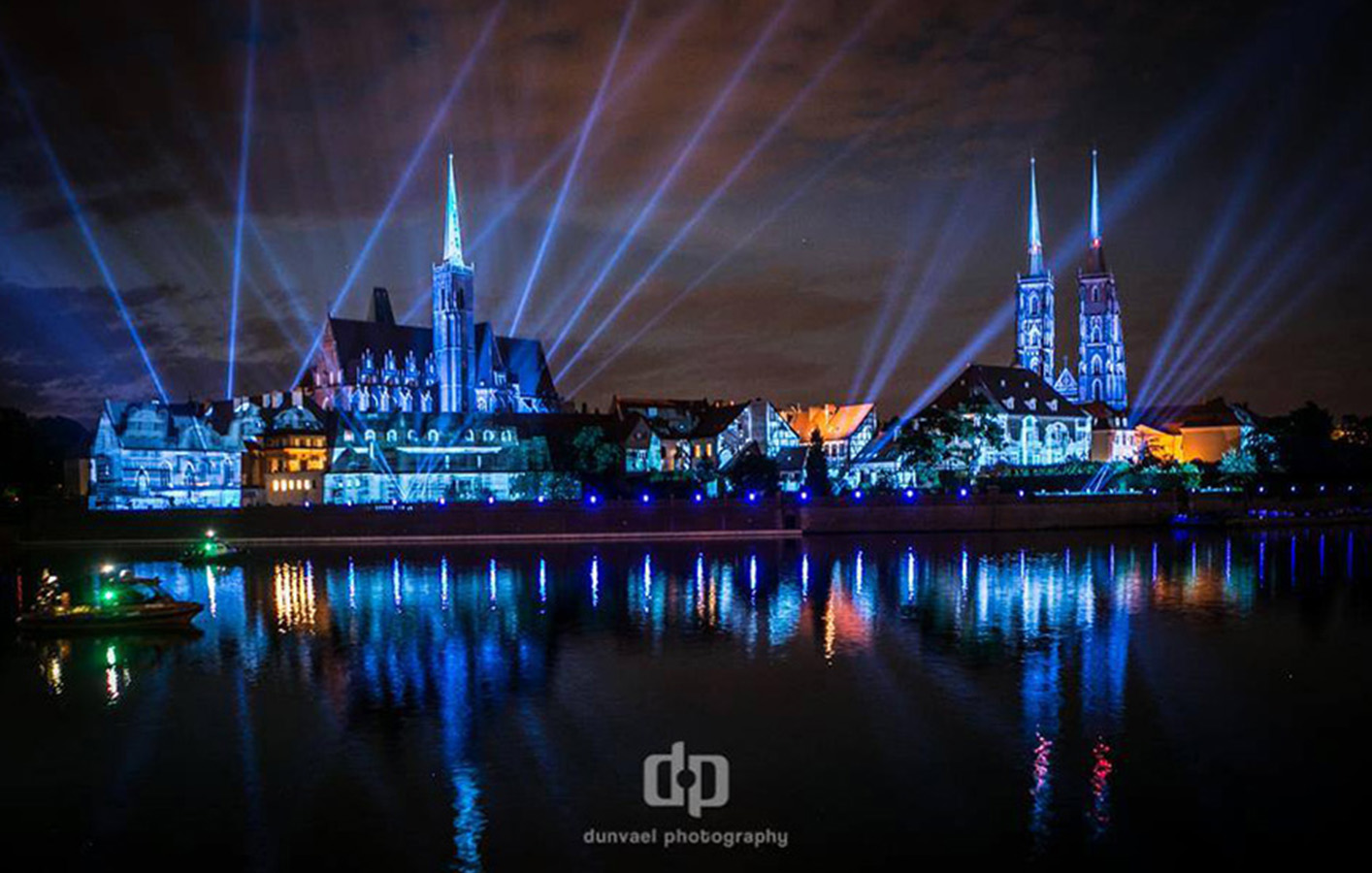 "To make installation possible, we split the network of disguise machines: The 4×2pro worked across the river providing signals for the projectors that couldn’t be accommodated by the 4×4pro," explains Krzysztof Grabowski, disguise Specialist at Prolight. "Normally, this kind of configuration would be an impediment but not for the remotely-controlled disguise which was  connected through disguiseNet.’

Grabowski notes that programming time for lighting and multimedia was shortened thanks to WYSIWYG and disguise pre-programming and pre-visualisation capabilities. That meant Pawel Pajak, creative show director and lighting designer, could deliver files on time to grandMA2 operators Michal Parzych, Marcin Szczakiel and Tomasz Szwelicki. Final adjustments could be made during the day since summer nights in Poland are only about six hours long.

"That, along with a little help from binoculars, allowed us to perfectly map the projectors onto the building facades and fragments of the river channel walls," says Grabowski. Projections were displayed on the cathedral island buildings, the oldest part of the city.

"disguise performed perfectly when controlled by the lighting consoles – three grandMA2 systems linked together,’ he reports. ‘This enabled the show to synch all the lighting and multimedia aspects of the spectacle."

Chris Baldwin was the director and European City of Culture curator for the project and Jacek Warzynski the technical producer.

The Flow marked the halfway point for Wroclaw’s celebratory year with hundreds more cultural events scheduled to round out 2016.