disguise and BlackTrax were used on this prestigious Dubai awards ceremony late 2014.

At the event, the audience enjoyed 300-degree views around a 22-metre circular stage featuring a 5-metre cube and 2 large jigsaw puzzle-shaped set pieces. The cube rotated, lifted and pivoted during the show while the two jigsaw pieces moved on hidden tracks around the edge of the stage. The cube and puzzle pieces served as display surfaces for the projection mapped content – a mix of live camera feeds of the award winners, videos, and motion graphics.

Protec hired consulting company BAJT to help plan and execute the integration of disguise into the project. They used disguise media servers with BlackTrax and 32 Christie Digital HD20K J Series projectors. The team worked with disguise technical director Ash Nehru; Nehru has been working on disguise and BlackTrax integration as part of the upcoming release of r11.4, the latest disguise software.

David Bajt of BAJT consultants explained that disguise media servers were chosen because “disguise is the only system that provides realtime simulation of video content, screen movements and audio playback and also has extremely powerful tools for mapping up the physical scenery quickly and accurately. The pixel-perfect 3D simulation, which was key during the preproduction phase of the project, essentially enabled a perfect physical mapping onsite. For a project like this, where sculptural video surfaces had to move to random positions while still being perfectly mapped, the only answer was working in a 3D realtime environment.” 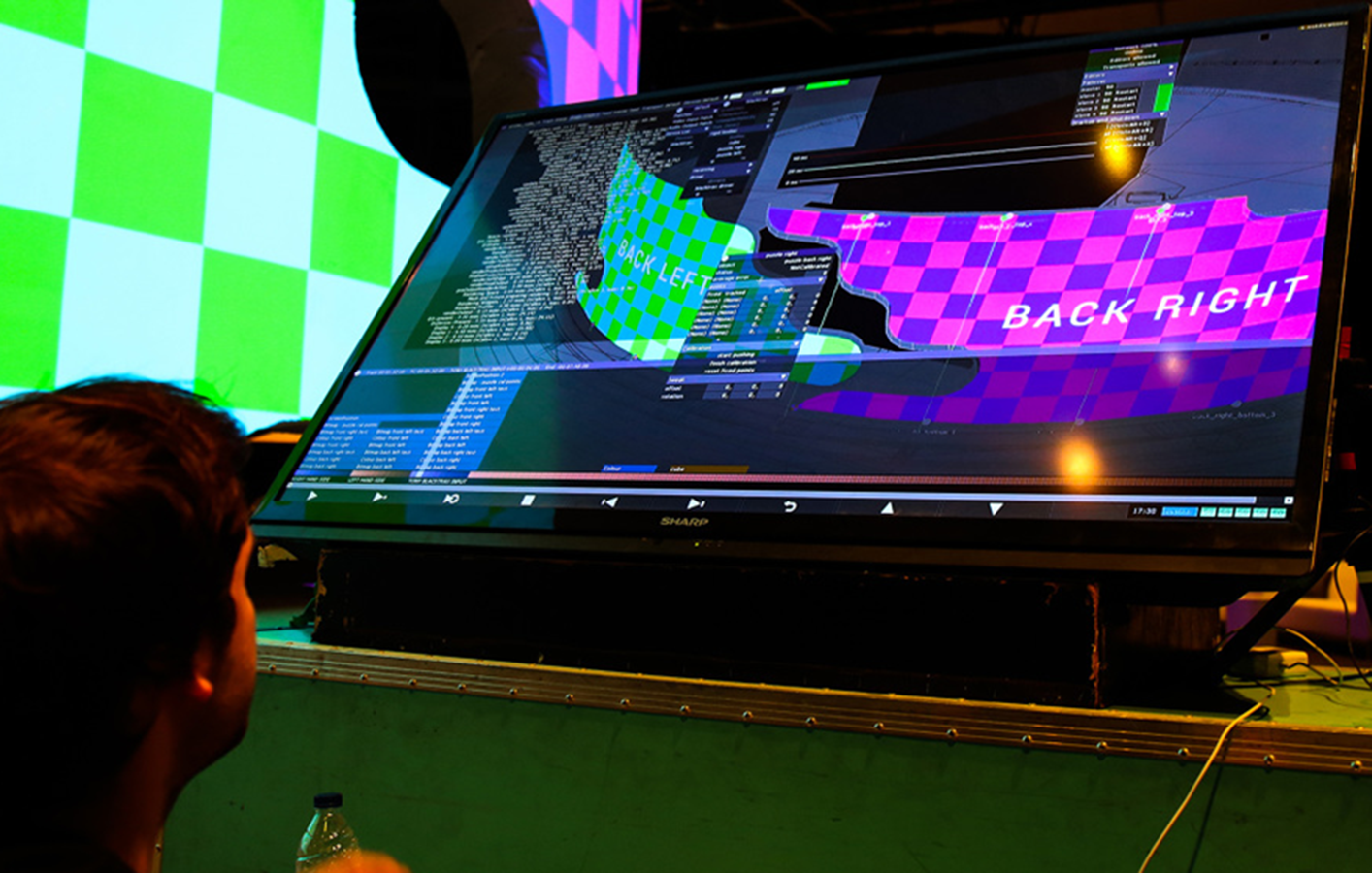 The effectiveness of the disguise system for projection mapping was demonstrated early on. As soon as an initial 3D model was completed, virtual projectors were placed in the realtime 3D simulator to plan and test where to position projectors, how many to use, and what lenses were needed. Bajt noted that, “disguise FootPrints feature allowed us to truly simulate the quality of the projection and avoid mistakes, such as having too little coverage or using too extreme projection angles.” Combined with other technical components provided by Protec, the model helped the client envision how the whole show would look prior to being on site and approve content.

Projector accuracy was an essential component to the success of the show. A new disguise feature developed with BlackTrax facilitated projector calibration for the awards ceremony. “Usually we calibrate projectors by mapping them onto the actual surface – a building facade, a car, a theater set,” Bajt explained. “We calibrated the projectors to the volume of the planned screen movements – imagine a ‘bounding box’ around the intended screen positions. Set pieces were not required for calibration, which helped us work within the tight build schedule. We simply walked around with a BlackTrax marker on stage and calibrated the projectors to the different marker positions instead of directly onto the set. We used approximately eight marker positions for every projector.” 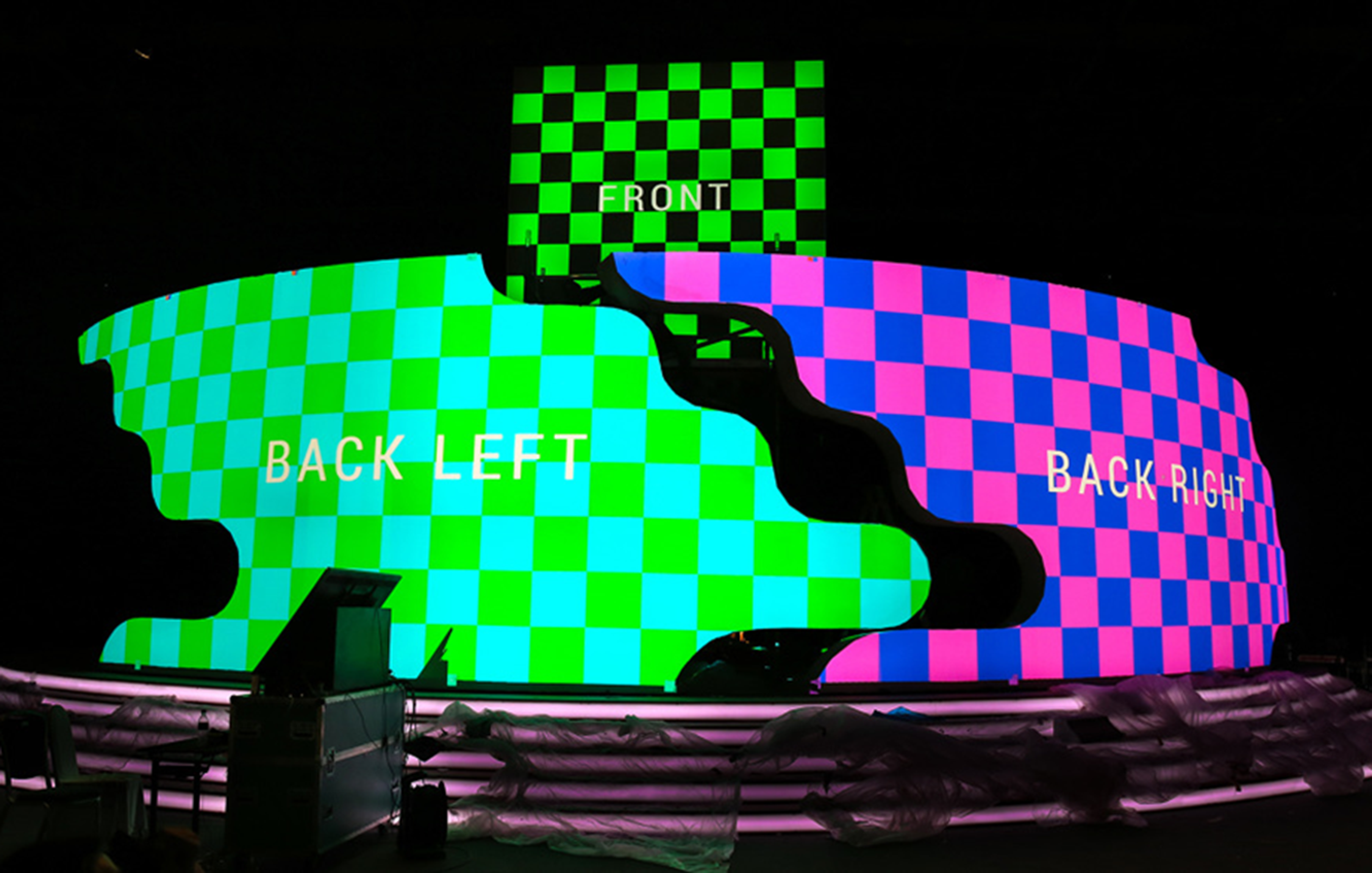 Bajt reported that, “the disguise system performed great and the support we got from disguise was fantastic.”

At Protec, the project was managed by James Lakin and Peter Jones operated disguise servers. Freelancer Rowan Pitts assisted as a disguise technician. The event design and content was developed by HQ Creative.

disguise integration with BlackTrax on site