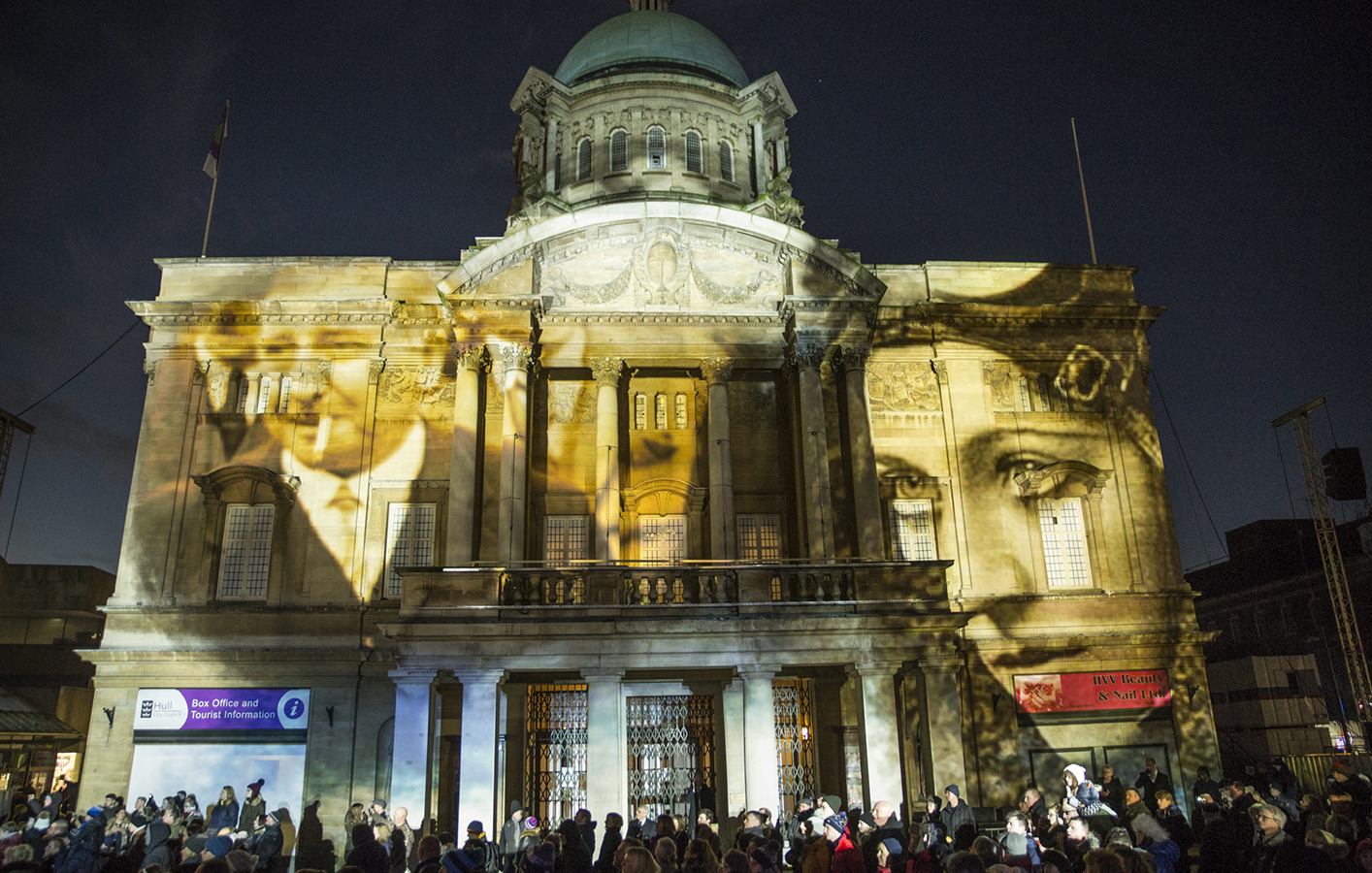 Hull UK City of Culture 2017 kicked off on 1 January with Made in Hull – a seven day event that told the story of the city and its people over almost a century, brought to life with projection mapping across buildings and other sites around the city centre.

Bluman Associates provided the technical production and projection mapping expertise to tell the story of Hull and its important contribution to UK culture. Made in Hull took place over seven evenings and attracted over 340,000 people.

The large-scale project included five sites throughout the city, including Queen Victoria Square and the Aquarium, The Deep. Bluman Associates collaborated with Ground Control and Hull 2017 throughout the feasibility and tender process. Working closely with the production and creative teams, an international team of 20 projectionists provided the technical expertise to project the content over the cities most iconic buildings. 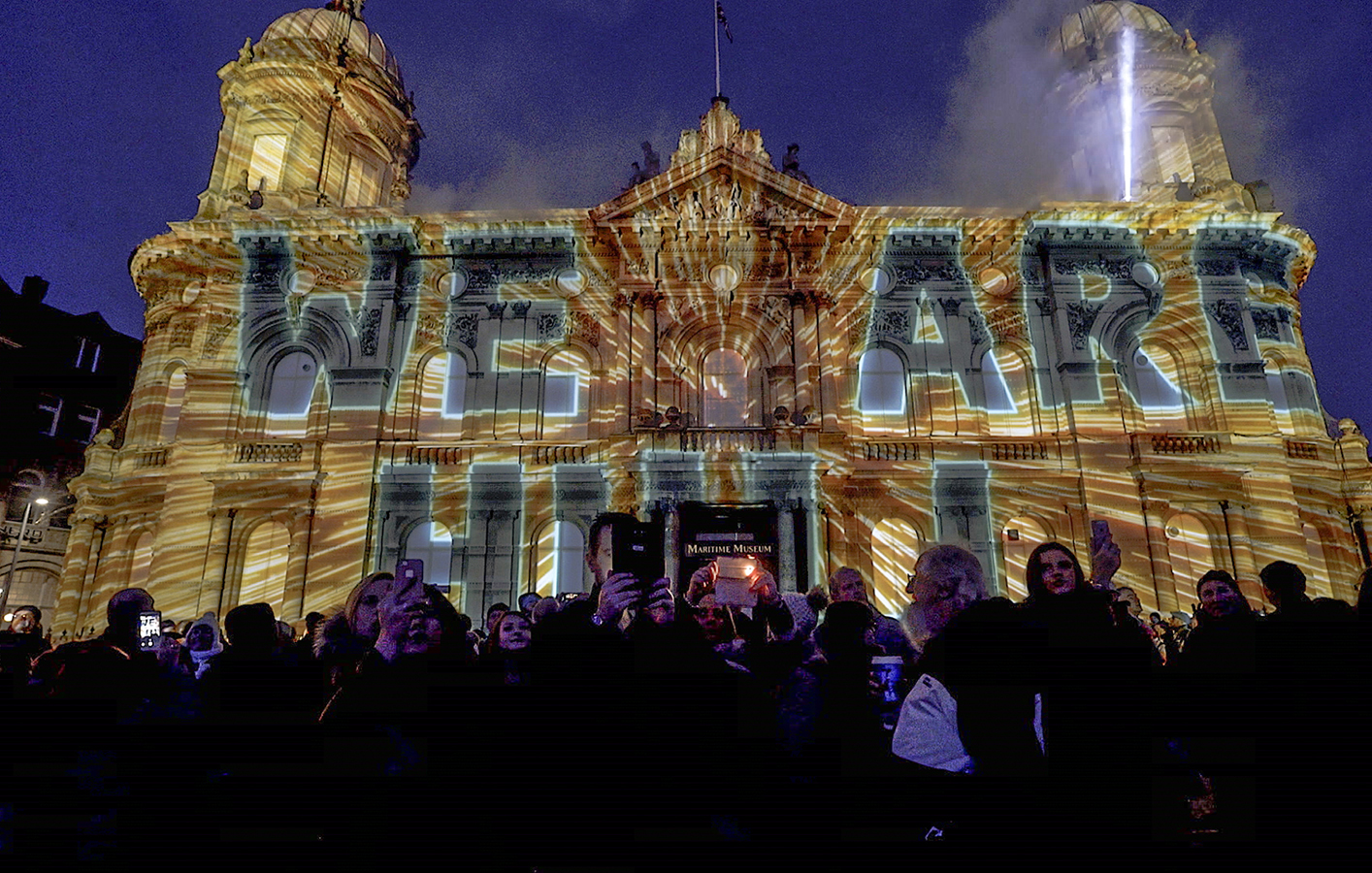 As well as being chosen to operate the project, disguise media servers were also critical to the projects workflow for pre-visualisation and 3D modelling. Importing 3D models of the larger sites allowed the content to be flawlessly mapped over Queen Victoria Square – which was projected over three buildings – and The Deep, which is over 95 metres long.

Integrating the production infrastructure into the outdoor sites was a challenge, with the sites being open to the public, the structures needed to be as discrete as possible to house and position up to 30 projectors.

‘Utilising the pre-vis functionality of disguise has been invaluable for our collaboration with the creative team’ states Pod Bluman of Bluman Associates. ‘Importing the 3D model of Queen Victoria Square allowed us to illustrate to the artists and producer exactly how the creative content was going to look’. 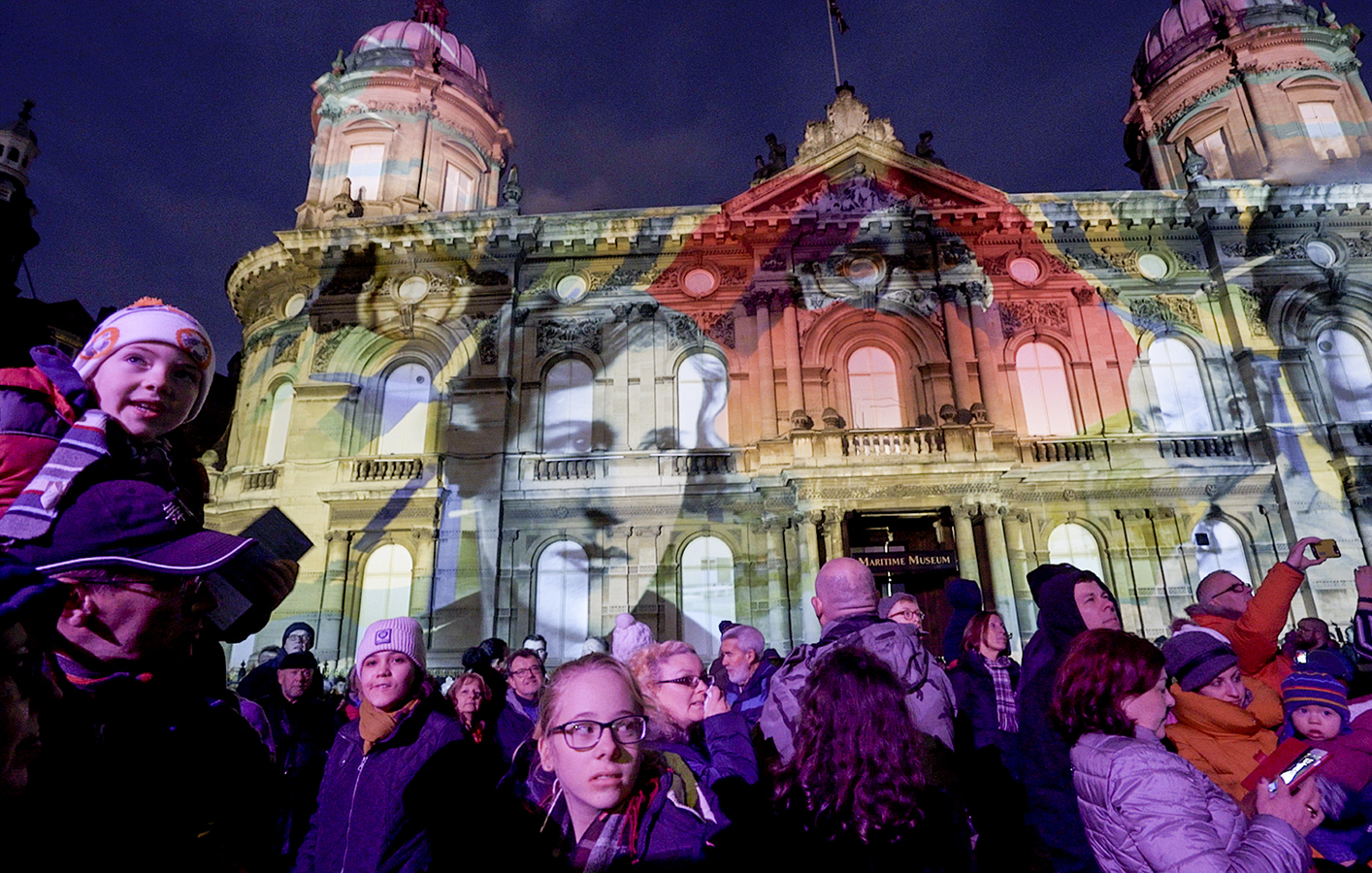