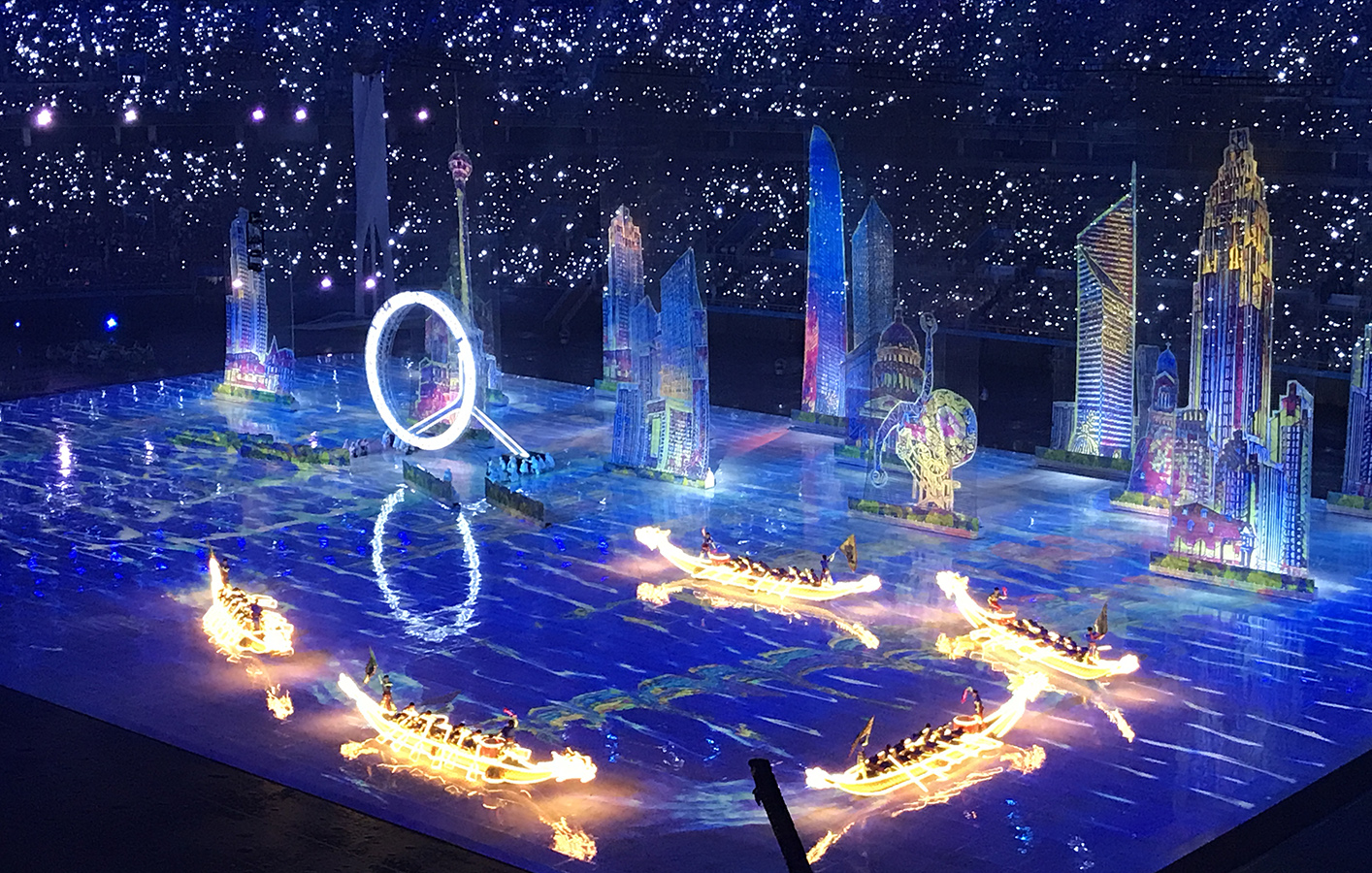 With more than 10,000 athletes participating in 31 sports, the 2017 National Games of China was the country’s premier sporting event on a national level. The spectacular opening ceremony at Tianjin Olympic Centre Stadium, 113 km from Beijing, featured the traditional parade of athletes and presentation of flags as well as colorful dance and musical numbers. Kingsmark provided the disguise media servers and Redline Technology Beijing Co. Ltd. provided the technical support for the ceremony, which Beijing Color used to map the stadium floor with an array of bold, ever-changing graphics.

The ceremony used a 2x2plus and three 4x4pros as their primary servers, with three 4x4pros and one 2x2plus as understudies. They fed 74 31,000-lumen and 24 12,000-lumen Sony laser projectors that painted the stadium floor with vivid and beautiful visuals.

“Due to the large number of projectors and the size of the floor mapping area, the client chose disguise without any hesitation,” says Huang Guijiang, CEO of Kingsmark. “Thanks to the 4x4pro’s strong output and powerful functions, we were able to utilise just six machines to drive all 98 projectors. We were confident we could create an epic show like the National Games of China with disguise because the system helps process things faster and push visual depth to the max for those magical moments.”

“In the opening ceremony, the disguise servers’ powerful functions achieved perfect blending, integration and overlapping during the whole event,” says Gong Ming, Manager of Video Department from Beijing Color, the event planner for the National Games of China. “Before using disguise we worried about whether they could synchronise 98 projectors at the same time and output multiple 6600 x 4200 images without any latency. But the results proved disguise was completely up to the job.” 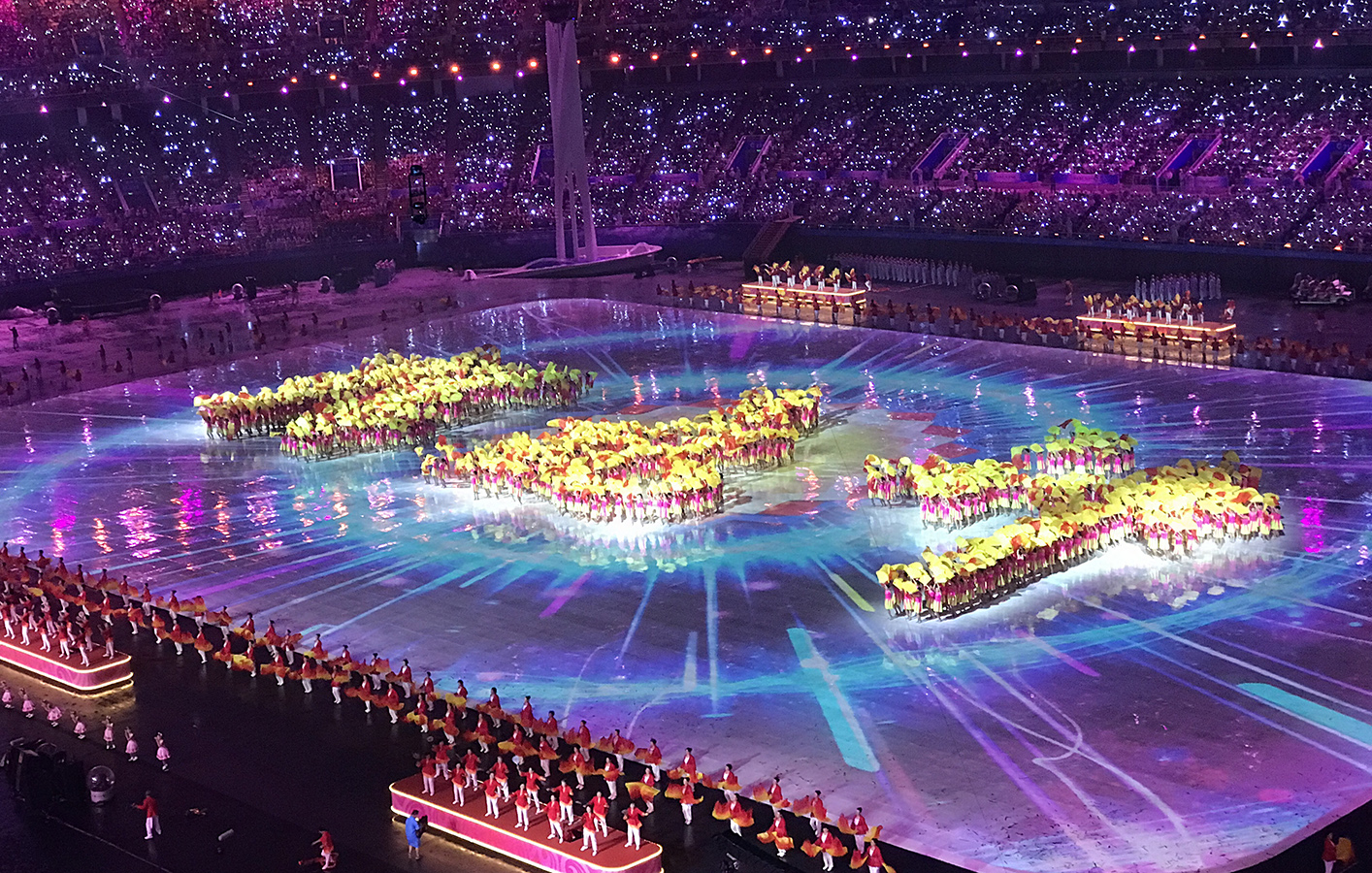 Since the control room was close to the stage, the Designer version was used to provide wireless control of the 4x4pros. “I could take the laptop which had Designer on it and calibrate the projectors on the stage, which was so efficient,” says Wang Tao, the operator from Redline.

He notes that QuickCal’s “line up points function played a significant role in speeding up calibration. It was a big challenge for us to create such massive mapping on the floor, whose size was up to 8,000 square meters. In addition, a combination of bad weather and having projectors on trusses which swing around in the stadium, a small shift that far away means the image on the stage get misaligned a lot, so we needed to calibrate the projectors once a day. The line up points function was so powerful that when I created 90 marks on both the stage floor. In Designer it only took three hours to get all 98 projectors done. If we had been using other servers, it would have taken at least three days to finish the calibration.” 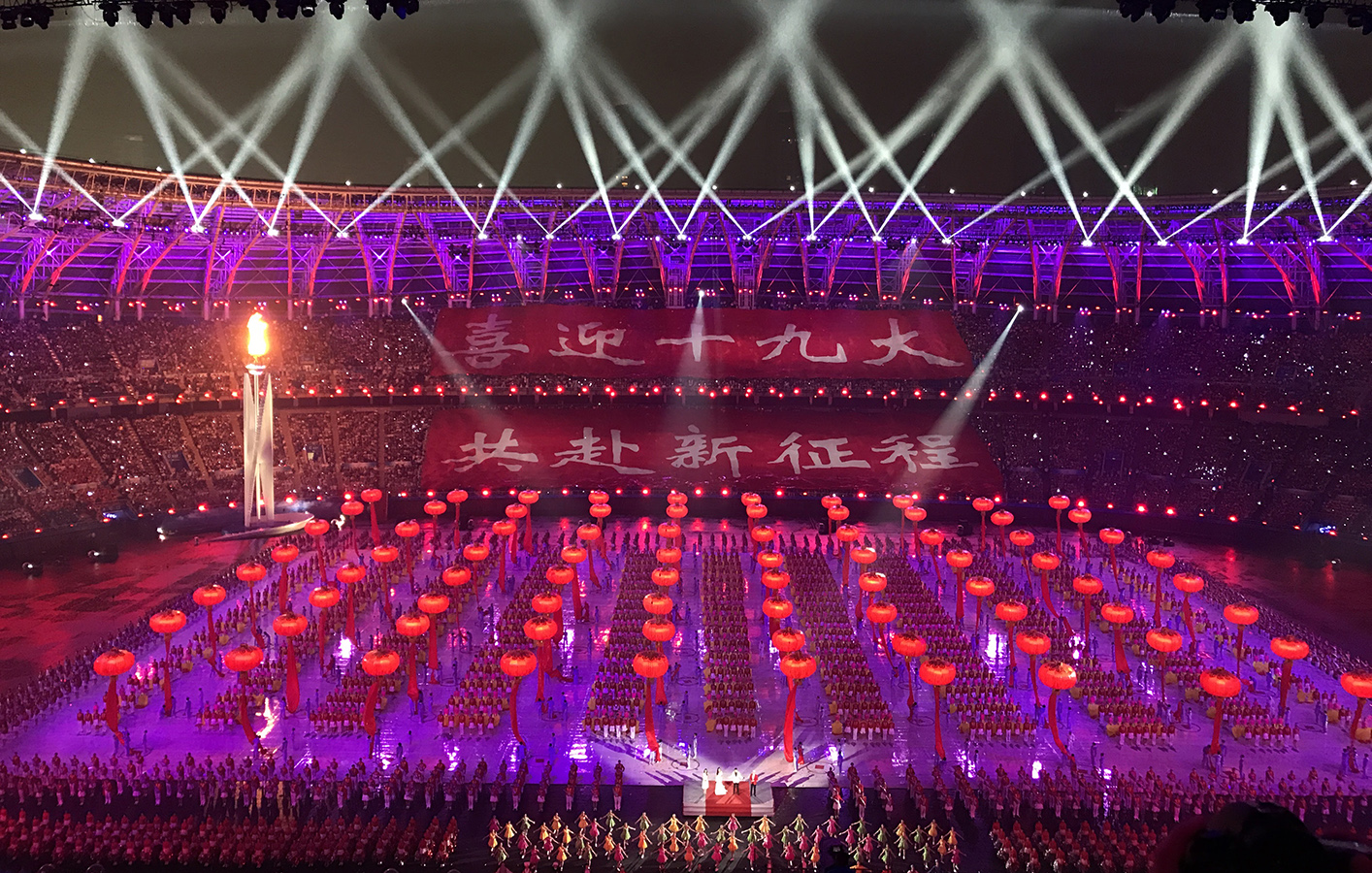 Hank Liu, the Technical Director of Redline adds; “This was a big challenge for Redline, and the first time we used such a large number of projectors but using disguise gave us the confidence to make it happen.”

In addition to handling production for the opening ceremony, Beijing Color was the event organiser and content creator, AV provider and system integrator. Beijing Kingsmark also supplied the servers and projectors.