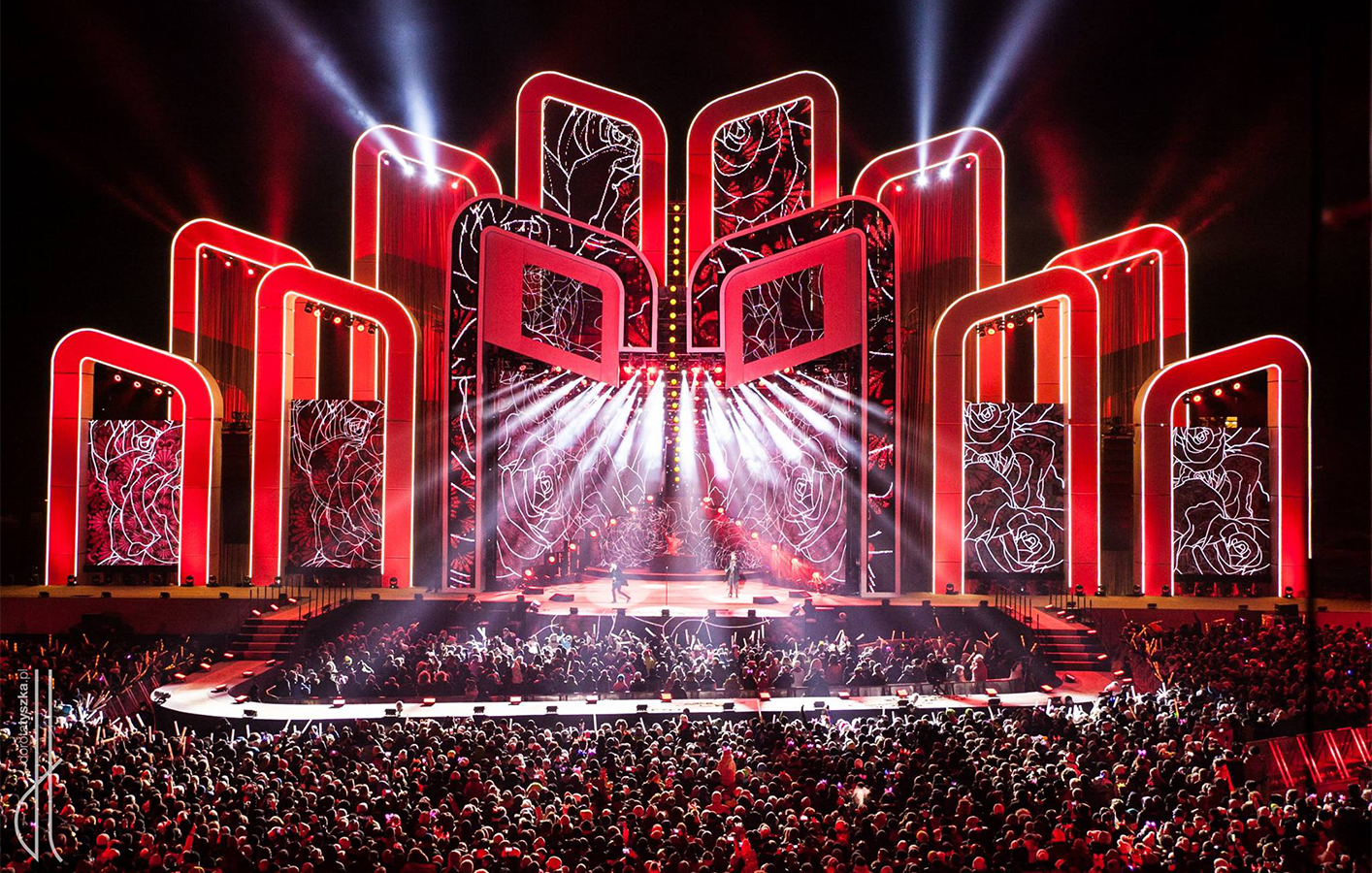 TVP 2 is known for its annual New Year’s Eve broadcasting and this year’s program drew over 8 million viewers. A huge set, measuring 60×22 meters, was erected outdoors on Equal Krupowa in Zakopane; an estimated 50,000 visitors flocked to the city for the celebrations. A cluster of window-like stepped arches framed screens mapped with animated video graphics, patterns and lights. The arches glowed blue, purple, red and brown coordinating with the screen content and at midnight fireworks filled the screens.

The disguise 2×4pro media server was chosen for the broadcast because of its “flexibility to arrange outputs, ability to play large content files and distribute them through feed mapping, and the possibility to visualize everything in 3D,” says Wojtek “Koper” Koperski, disguise operator from disguise new rental partner in Poland, ARAM.

The new 2×4pro, like the flagship 4×4pro, supports the disguise popular interchangeable VFC (Video Format Conversion) cards, enabling users to drive up to 8 outputs as DVI, 3G-SDI or two DP1.2 from a single 2×4pro, which future proof the system as the industry continues to rapidly evolve.

The gala program marked the first time that Koper worked with disguise. “I fell in love with this media server,” he says. “For the last couple of years I worked mostly on another system and now I can’t believe how hard it was to do certain things on that system!”

Koper says, “pre-programming with disguise was perfect, all of us could see what the stage and content would look like.” He found the Sock Puppet feature “particularly helpful because all the layers were controlled through Art-Net. Another great function was the ability to assign every DMX parameter separately, for example, one DMX channel controlled the dimmer.” He also found the 2×4pro’s eight DVI outputs gave him “the flexibility to arrange outputs for the individual LED modules, which meant the possibility to create lots of feed maps.”

Koper has also recently finished working on the Intel Extreme Masters 2017, with “disguise at the heart of the multimedia” system.