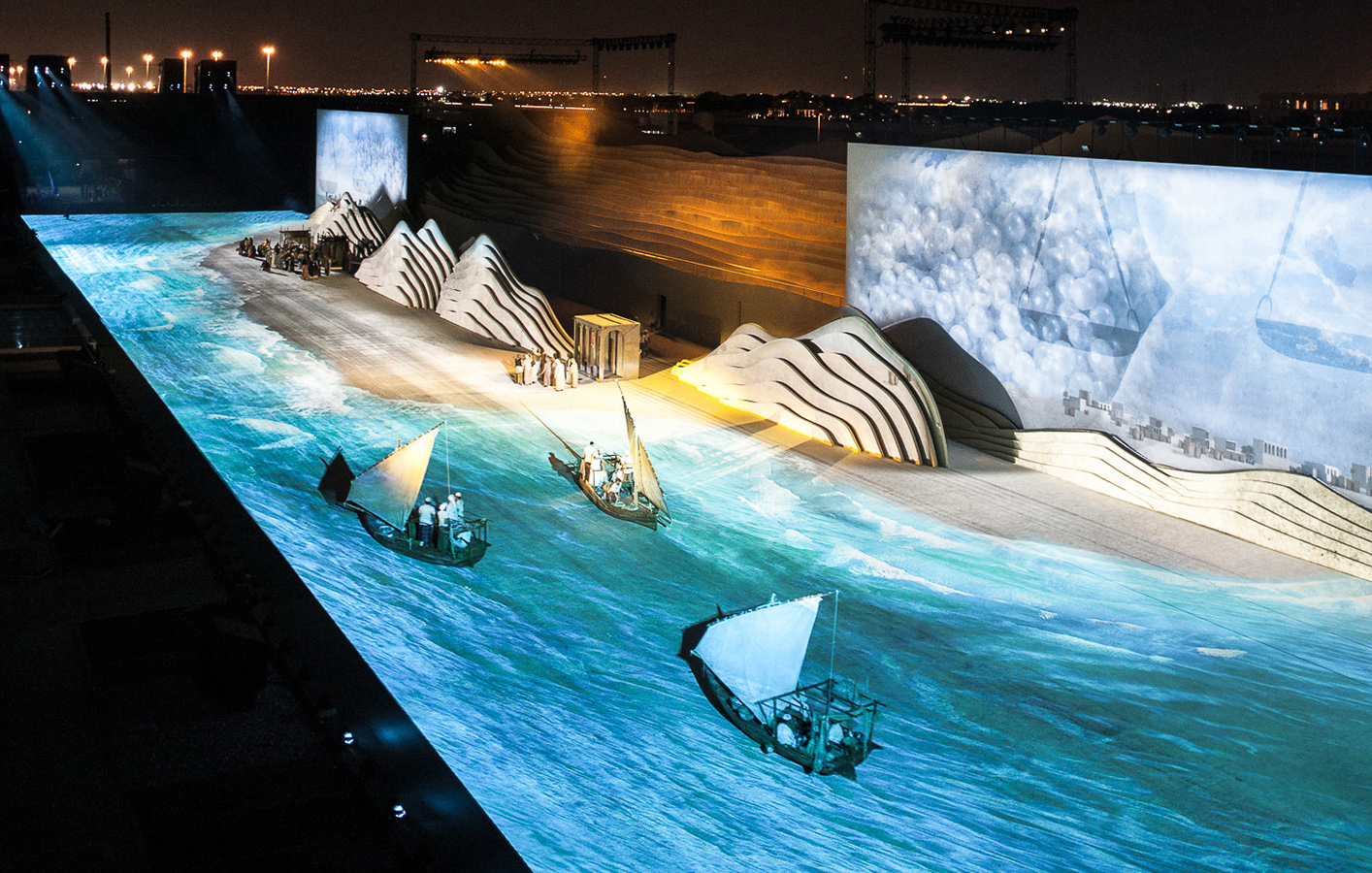 The United Arab Emirates (UAE) celebrated 45 years of unification with a National Day that featured a huge multi-surface video projection in Abu Dhabi. The event, staged at the request of the Crown Prince’s court, was held for an invited crowd of dignitaries. Balich Worldwide Shows contacted Tom van Hemelryk, VP Global Sports and Special Events at PRG, to provide both the technical expertise and technology for this mammoth video mapping production, which was fed by eight 4×4pro media servers. Tom brought together, Yves Winand, PRG Belgium and Bill Ainley from the company’s UAE operation to work with the design specification from Balich Worldwide Shows.

The complex show included hundreds of performers and musicians, set against a sweeping backdrop, created by Charles Darby and the team at Clonwerk, with vessels sailing on the sea in the foreground and the desert stretching into the distance. 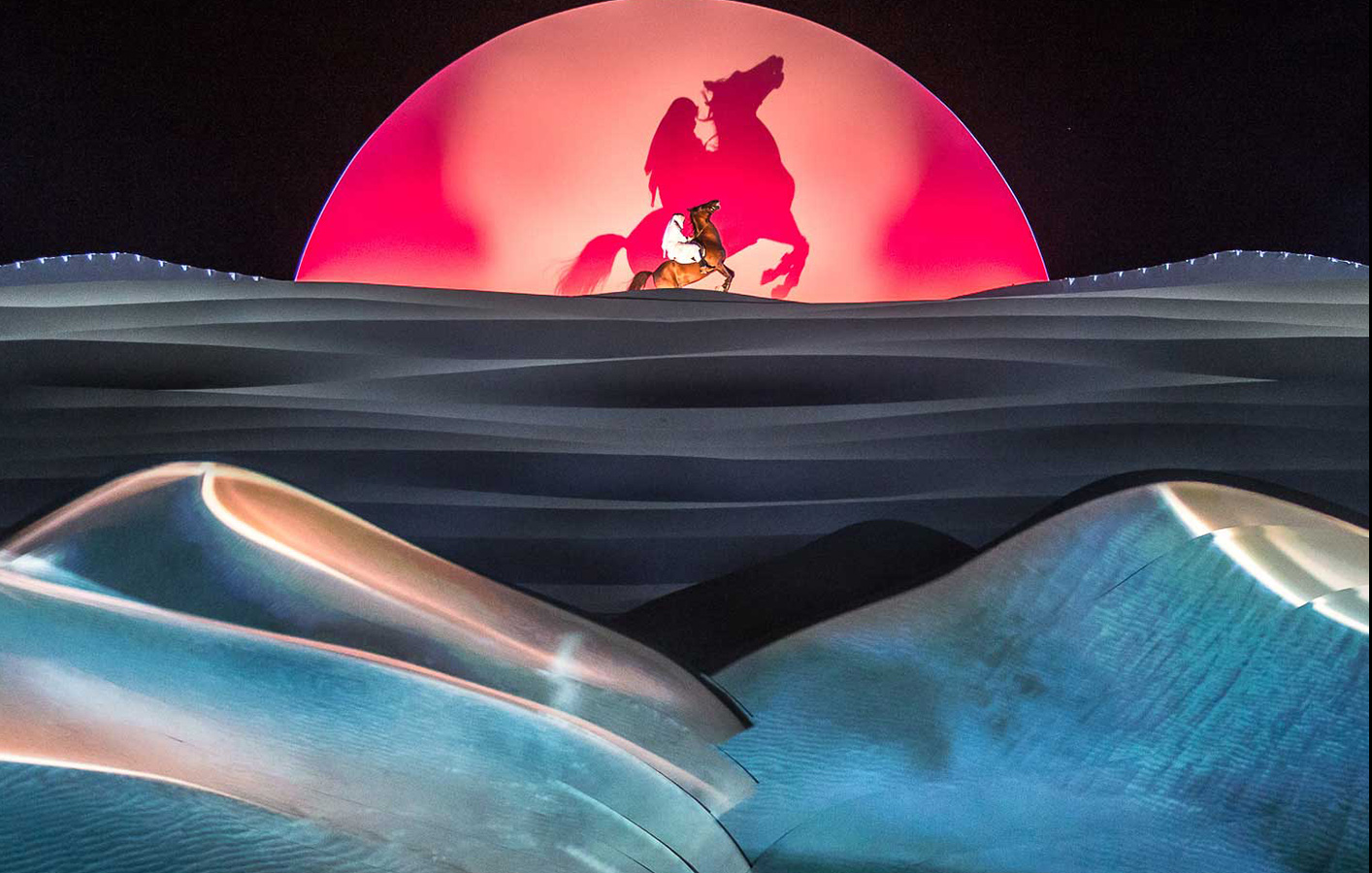 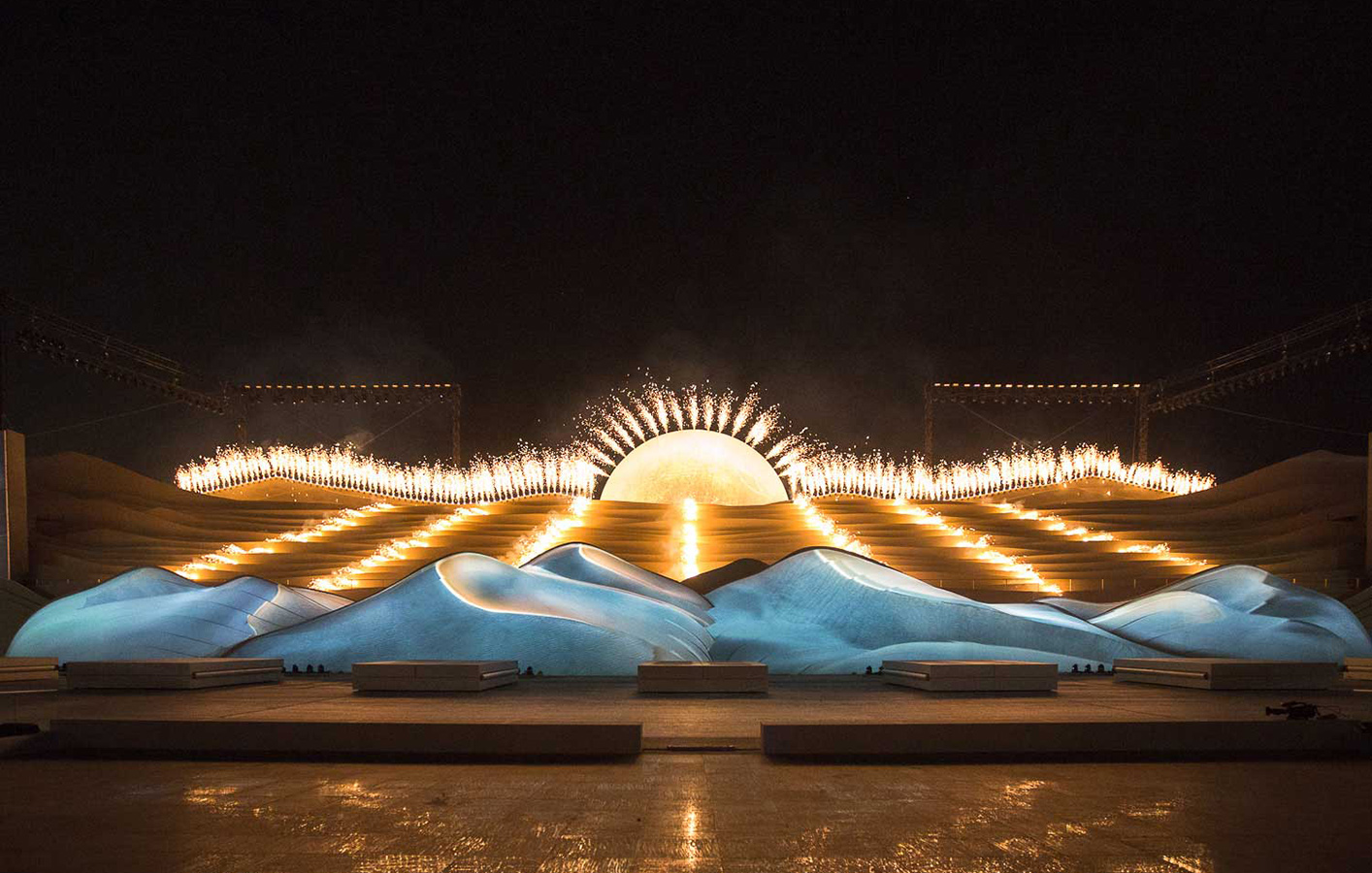 One 4×4pro mixed master and five output machines, drove 71 double-stacked projectors; two understudies provided redundancy. The show had 76 individual disguise outputs to calibrate and blend. In addition, the 16 projectors dedicated to the moving sand dunes had to be 3D grid calibrated for set automation tracking.

“disguise was chosen on the first approach of the project to design, previsualize, line up and play out the show,” says Yves Winand, Senior Video Project Manager and Technical Advisor at PRG Belgium. “A strong partner was needed for this challenging project, and we worked closely with disguise to improve some tools onsite to save time for the lineup, where we had to share nights with lighting programming, rehearsals and the late arrival of the big moving elements.”

Chris Simcock, disguise Server Technician from Sensel Studio, notes that, “disguise offered a range of features that integrated well together: Stage enabled the technical team to simulate projector positions, rotations and lenses; Footprints highlighted projection zones; and DynamicBlend automated projection balancing. But the key advantage was its unique ability to simulate and drive a show in real-time.” 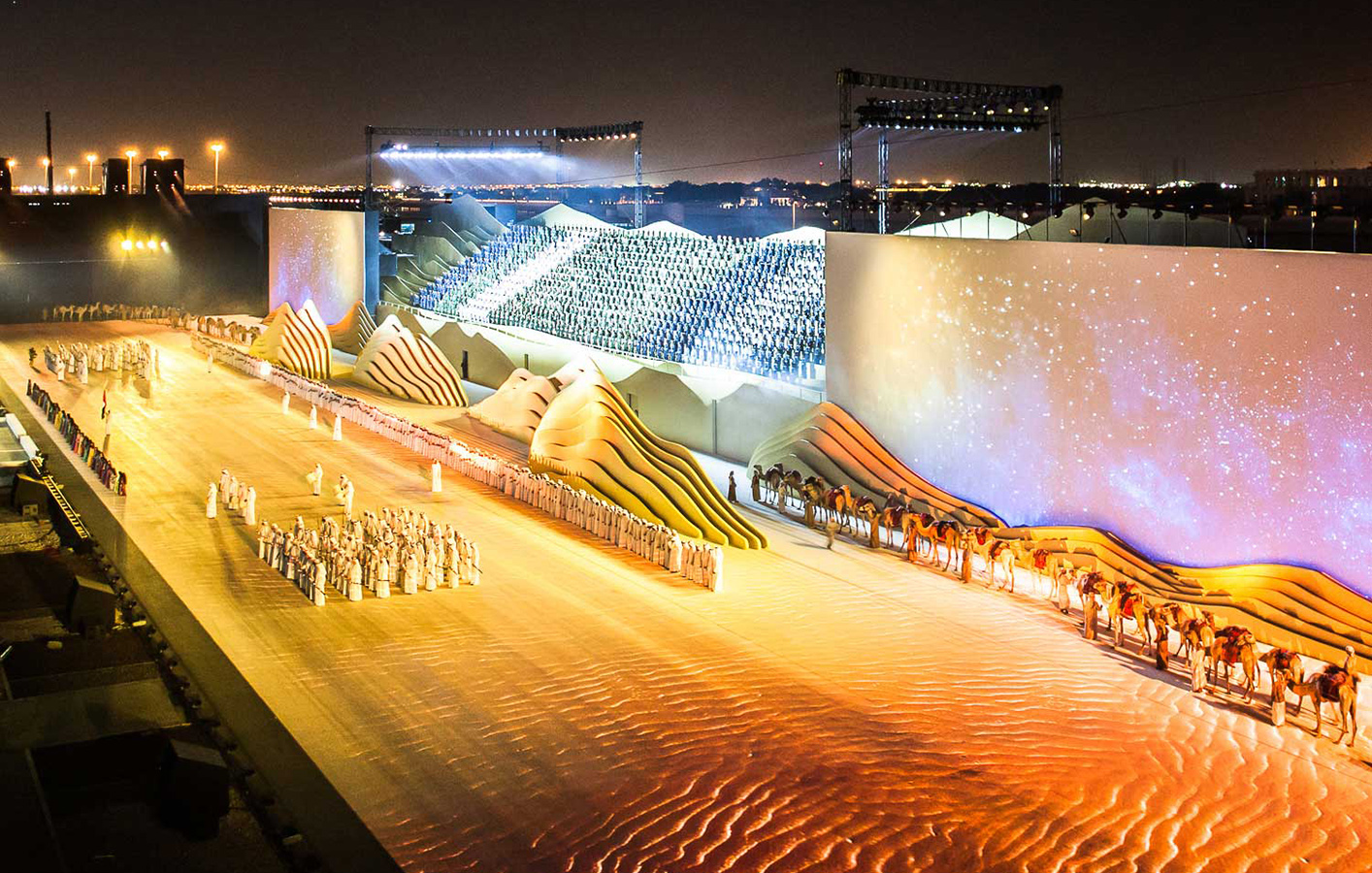 “The workflow was designed with disguise in mind” says Nils Porrmann from dandelion + burdock, Event Screens Production Manager, responsible for managing the creative and media server workflow. “The content team was briefed about delivery specs and all the projector coverage analysis was done within the disguise software. Its flexibility with large output numbers, dynamic edge blending and projector calibration features was essential to the production.”

“disguise was very proactive in the lead up and during the r14 [software] updating process with ongoing remote involvement throughout,” says Bill Ainley, Head of Video and Project Manager at PRG Gearhouse Dubai.

“The system proved solid and reliable throughout the three weeks of commissioning, rehearsals and show,” Ainley reports. “We were able to redesign and reconfigure with minimal lead time, enabling us to quickly respond to creative and logistical updates.

Head of Video and Project Manager