When the United Nations launched its Global Goals for Sustainable Development, the most public face of the campaign was a 10-minute projection mapping on the iconic UN headquarters’ buildings in New York City. disguise and its creative software suite supported the dramatic show designed and produced by London-based 59 Productions and projected by Tennessee-based DWP Live.

The Global Goals are a series of ambitious targets to end poverty, fight inequality, and tackle climate change by 2030. The projection mapping show on the north tower and General Assembly wall of the UN introduced each of the goals with visually dynamic content. Animations gave an overview of each problem, the goal in action, and the desired outcome; content featured 3D animation, 2D graphic imagery, and live-action green screen footage.

The event was one of the first to use disguise Video Format Conversion (VFC) quad DVI output card for the 4×4pro, the disguise flagship media server. The company says VFC output cards are an industry first: no other media server offers this technology. The quad DVI card enables users to drive up to 16 HD or four 4K DVI outputs (1080p, 60Hz) from a single 4×4pro system so that large, multi-projector shows can be delivered with fewer machines and no downstream splitter devices. This drastically reduces cost, rack space, set-up time, and complexity — all without adding any signal latency.

“The new VFC cards for the 4×4pros were a blessing,” says Ben Ryle, CTO at DWP Live. “Being able to play a whole surface-worth of outputs from a single machine took a lot of hassle out of the system engineering by keeping the server counts to a minimum. This saved space in structures that had none to spare. It also gave us the flexibility of always having a few spare outputs ready for surprises.” 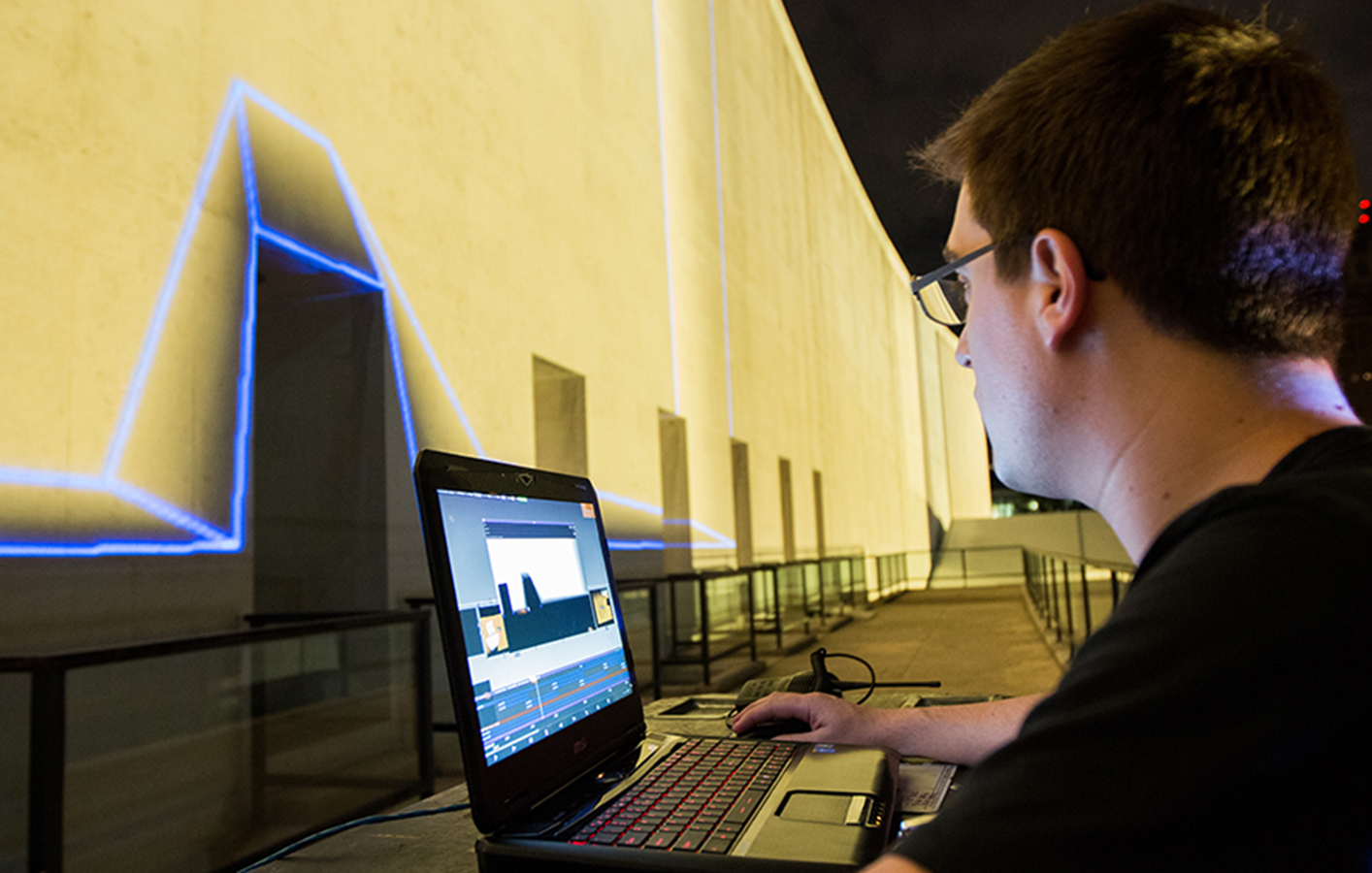 59 Productions programmed the entire show offline using a shared folder to work collaboratively with DWP Live across continents. Before heading to the UN DWP Live loaded the work in progress onto the disguise systems and set up from that. When 59 Productions arrived on site DWP Live merged their tracks and content updates and everyone was ready to begin.

The disguise MultiEdit feature facilitated multiple operators working simultaneously in a tight timeframe, notes Ryle. “I was able to load content and maintain the system from the master, while Clay Tipton was warping on his Designer laptop and 59 Productions’ creative director Leo Warner was updating the programming on his Designer. No one ever waited for each other.”

The team used disguise new content versioning extensively on the project. “I was able to update the latest files, and they would be automatically replaced while Leo worked on something else,” Ryle explains. “When Leo came back to check them, he had the option to revert to whichever version he liked best.”

They also took advantage of the unpacking feature on a daily basis. “The 59 team would make changes during the day that were merged into our show file every night,” says Ryle.

“Working entirely in the disguise workflow benefited us a few times when we had objects that caused surprise shadows on site,” he adds. "The tech team was able to set up an extra projector and blend it into the whole without any extra work or having to stop the programming time. 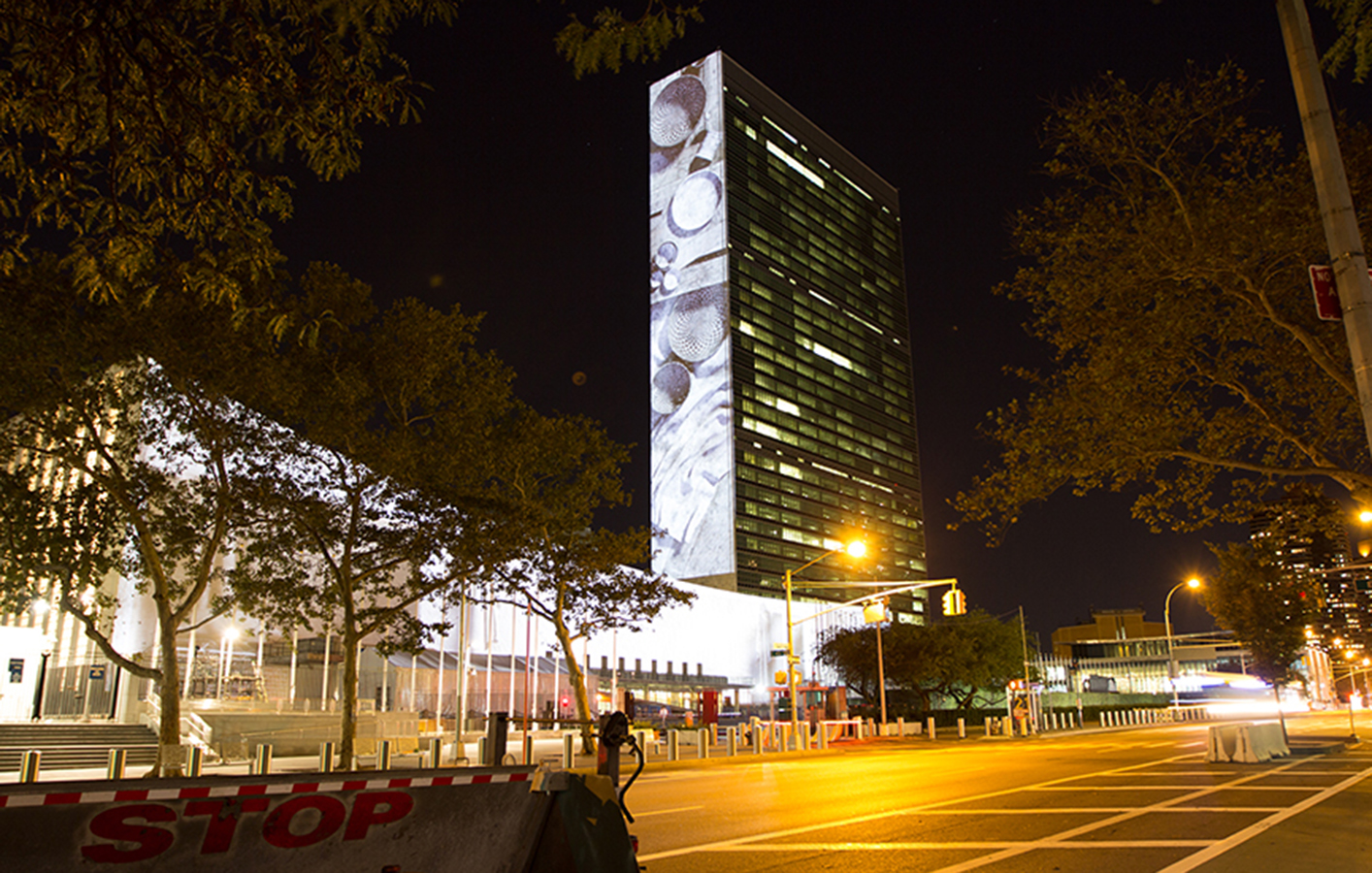 “disguise is very well thought out in terms of having all the roles needed in a production in the system at once, working together. From my station, I could manage every piece of equipment spread out around the grounds of the UN. I was able to respond to the needs of the 59 team rapidly and help them be more efficient.”

Since the Global Goals event was one of the first to use VFC cards, disguise provided an on-site technician to support DWP Live at the UN. “The comfort of having a direct line on site meant that we knew the show would go well — and indeed it did!” declares Ryle.

“The VFC cards came online without a fuss. We set the resolutions and feeds and had a show. No one on the team was ever waiting for the systems, even when we were all in the project and new content was being loaded.”

The projection mapping was recorded and highlighted in the Global Citizen Festival, a celebrity-packed evening of entertainment that capped the Global Goals roll out and drew 60,000 people to Central Park’s Great Lawn.