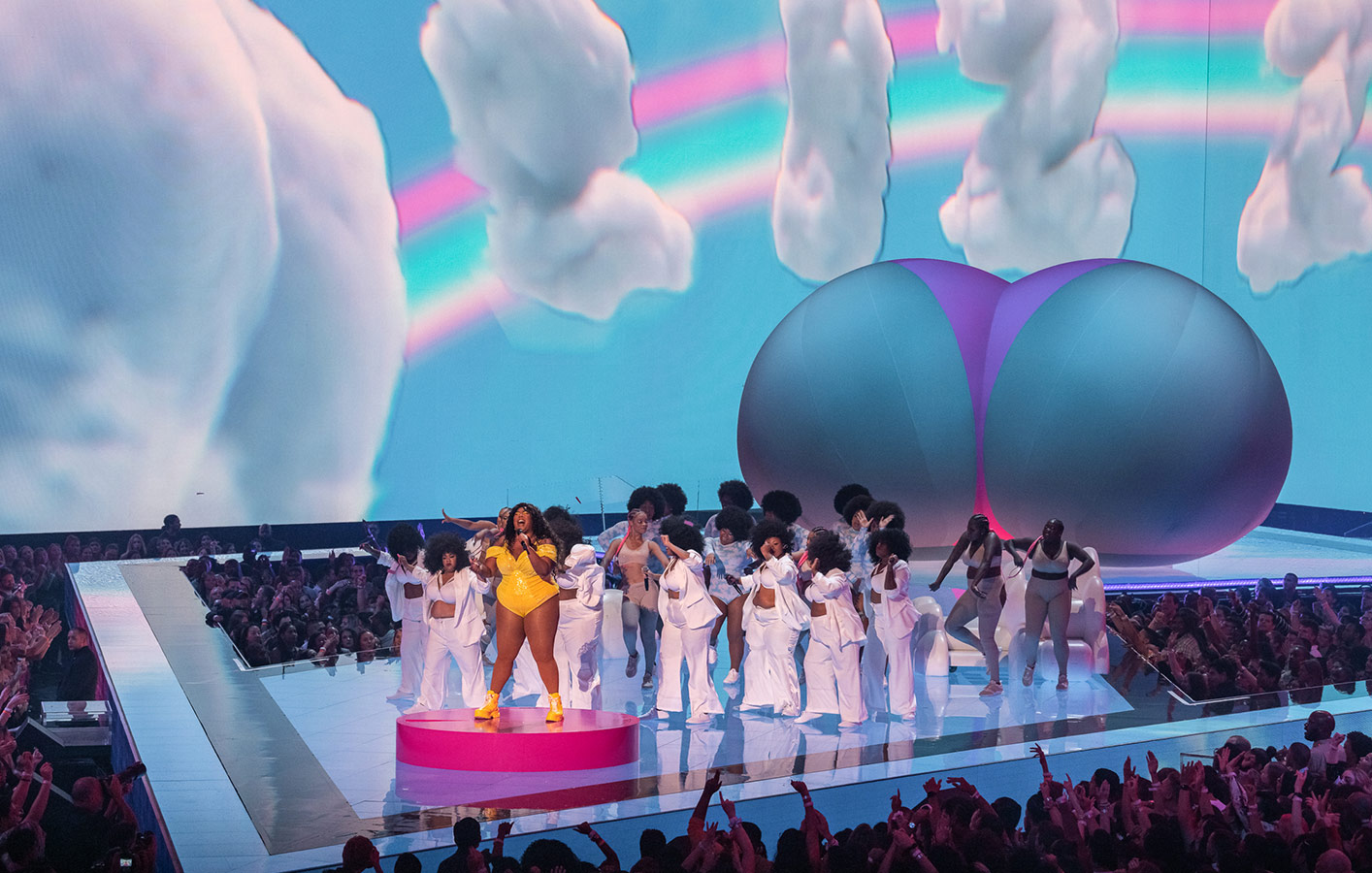 In August 2019, MTV hosted its 36th Annual Video Music Awards at the Prudential Center in Newark, USA. The awards saw performances from some of the biggest names in the modern music  including Taylor Swift, Shawn Mendes, Missy Elliot, and Miley Cyrus to name but a few. Broadcast globally, the show saw an audience of over 1.5million tune in to watch the show.

The show featured an eye-popping array of video elements throughout the show with used during performances and for stage design and text listings of performers and presenters. Entertainment design firm Visual Noise Creative LLC deployed twelve disguise gx 2 media servers to facilitate the video intensive environment.

Jesse Ignjatovic, Co-Founder of the live entertainment production company Den of Thieves, executive produced this year’s show and helped spearhead the use of impressive visuals for the VMAs.

“MTV and Viacom continues to push the limits on television production year over year, and for us that means new scenery with massive amounts of integrated video,” says Trevor Burk, Creative Director and Screens Producer at Visual Noise Creative. “The set that Julio Himede designed this year was no exception and was almost entirely made of video. We needed a platform that enabled us to be creative, flexible and fast enough to get this monster of a show on its feet in a short amount of time.”

He continues, “we have found that the disguise ecosystem programmed on a console allows us to work at the pace of a broadcast awards show and handle the inevitable curveballs that come with putting a show that size together in a matter of days. disguise’s flexibility and heft of feed maps provide the ability to accommodate the inevitable changes without sacrificing the creative development that’s ultimately most important to our success.” 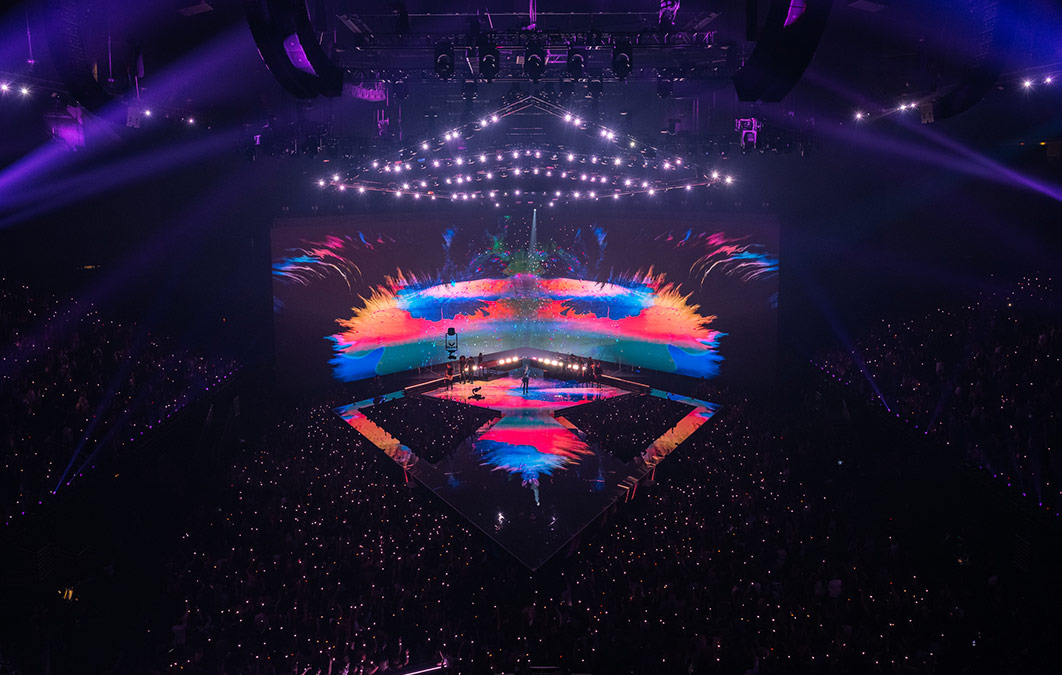 “we needed a system that was scalable, able to manage a variety of incoming data streams and capable of playing back multiple layers of 8K content. disguise met all of these requirements and had the added benefit of content/output mapping flexibility and media management tools.”

“On a show like this the use of screens transcends video and actually becomes all of the scenic environment and one that puts off a massive amount of light,” Trevor explains. “We need to be able to collaborate alongside the production designer and lighting designer to help create pictures that blur the output of those departmental lines. We can only achieve this if we have a toolset that is robust enough to keep up.”

Jared explains “in a broadcast environment we need to be able to work quickly and access or modify any part of the show in real time. disguise provided the tools we needed to adapt to changes quickly and effectively, primarily through the use of SockPuppet, automatic file versioning and content mapping.”

It’s these attributes that “bring us back time and time again to the disguise servers controlled by a console,” says Screens Programmer Kirk Miller.

The complexity of this year’s show with its numerous video elements made the gx 2s particularly noteworthy to capture positional data from VTProDesign’s KUKA robots. 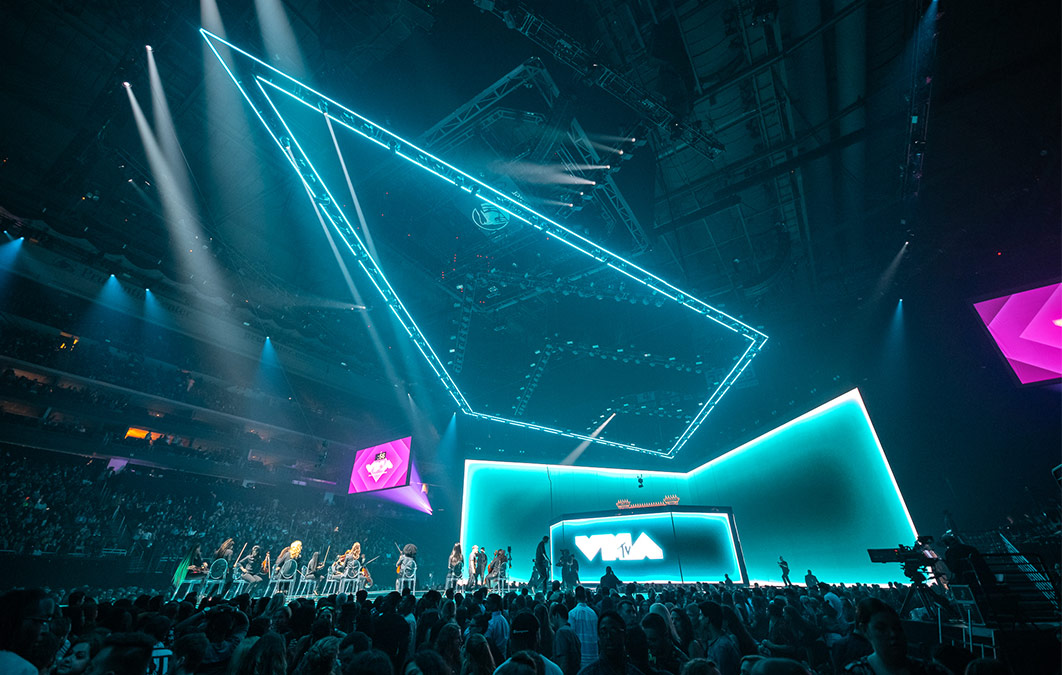 “We had a couple of opportunities to explore integrations that were beyond the typical awards show format,” Trevor says. “First, we collaborated with VTProDesign, which programmed the four KUKA robots, two of which had LED screens attached. Taking data and sync information from VTPro we were able to utilise both synced video/automation moves as well as parallel mapped content with OSC motion data.

“The second unique opportunity came when talking with Art Directors Matt Steinbrenner and Gloria Lamb and Head Stage Manager Gary Hood,” he continues. “They asked us to explore ways to avoid tape spike marks that fill the stage in a typical broadcast music variety award show marking band gear and scenery for all the acts. To integrate real time inputs that could be managed and programmed from the floor we needed a virtual spike mark approach that wouldn’t distract from the limited time we have to program an act.”

Consequently, “Software Developer and Programmer Joe Bay, along with the team at Earlybird, built a virtual SpikeMark app for the stage management team,” says Kirk. “The software utilised an iPad, a wireless network and a server to add digital spike marks to the floor for each performance. We utilised the disguise Web Layer to overlay the virtual canvas seamlessly on top of the show content.” 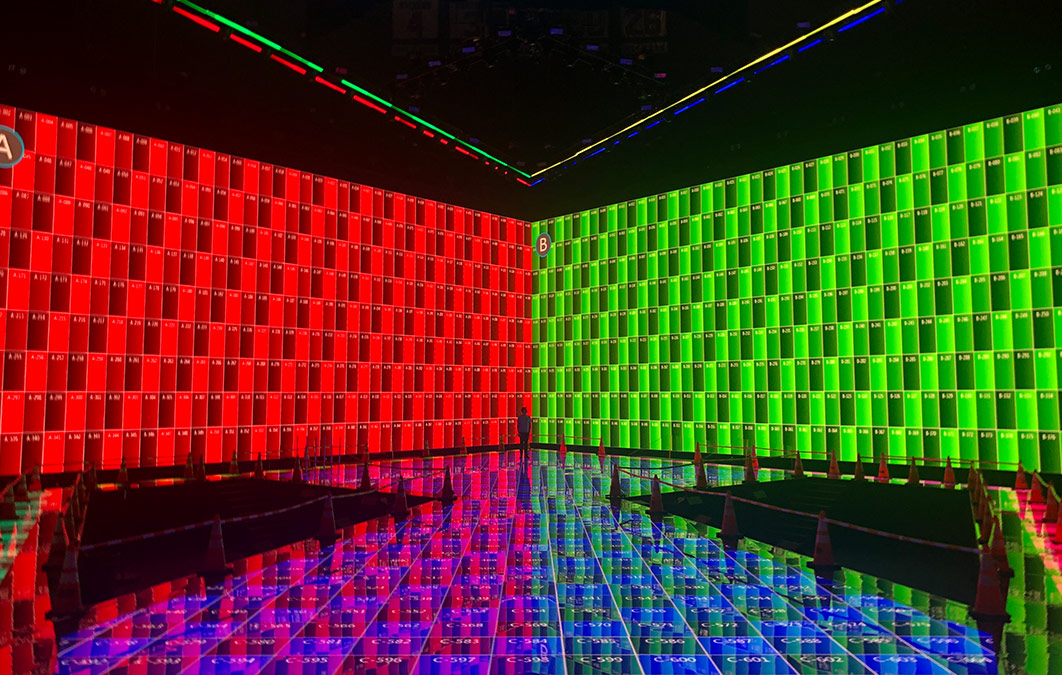 Jared points out that “the flexibility of the output feed mapping was essential in managing the complex LED layout of the show. There were many low-res LED products and some custom products that required special attention. disguise’s 3D approach to content mapping made otherwise difficult tasks routine.”

“we continue to lean on SockPuppet as a means to move quickly. The ability to couple the flexible back end of disguise – multiple mapping types, feed maps, output configurations – with the speed and data organization of the grandMA2 make a combo that can’t be beat. We wouldn’t be able to move as fast with such a large system without the Sockpuppet feature.” 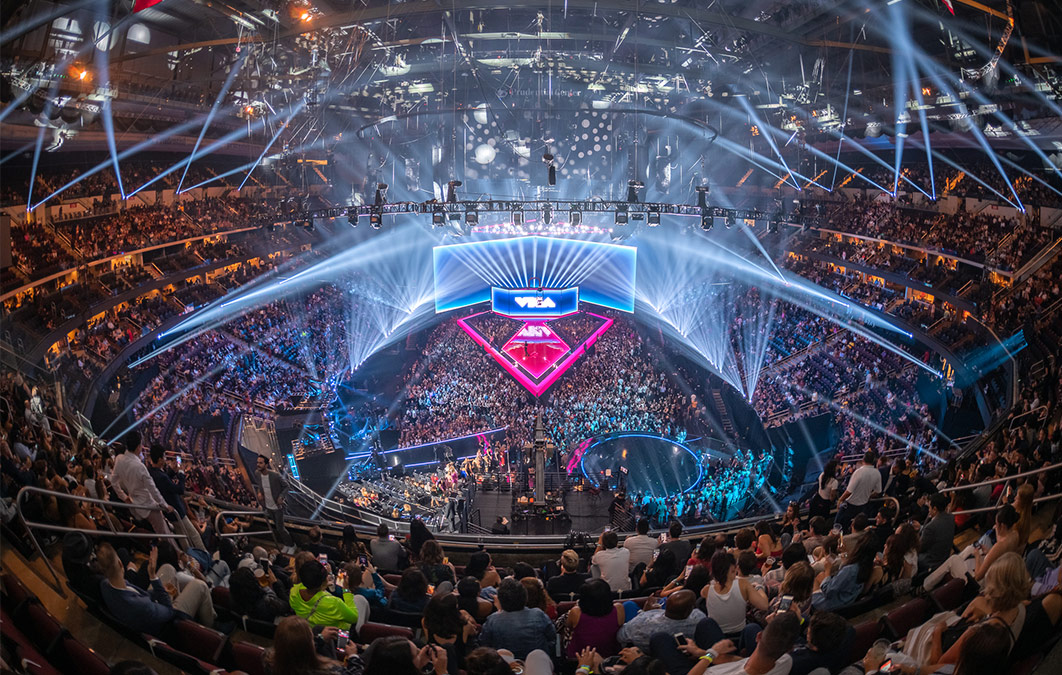