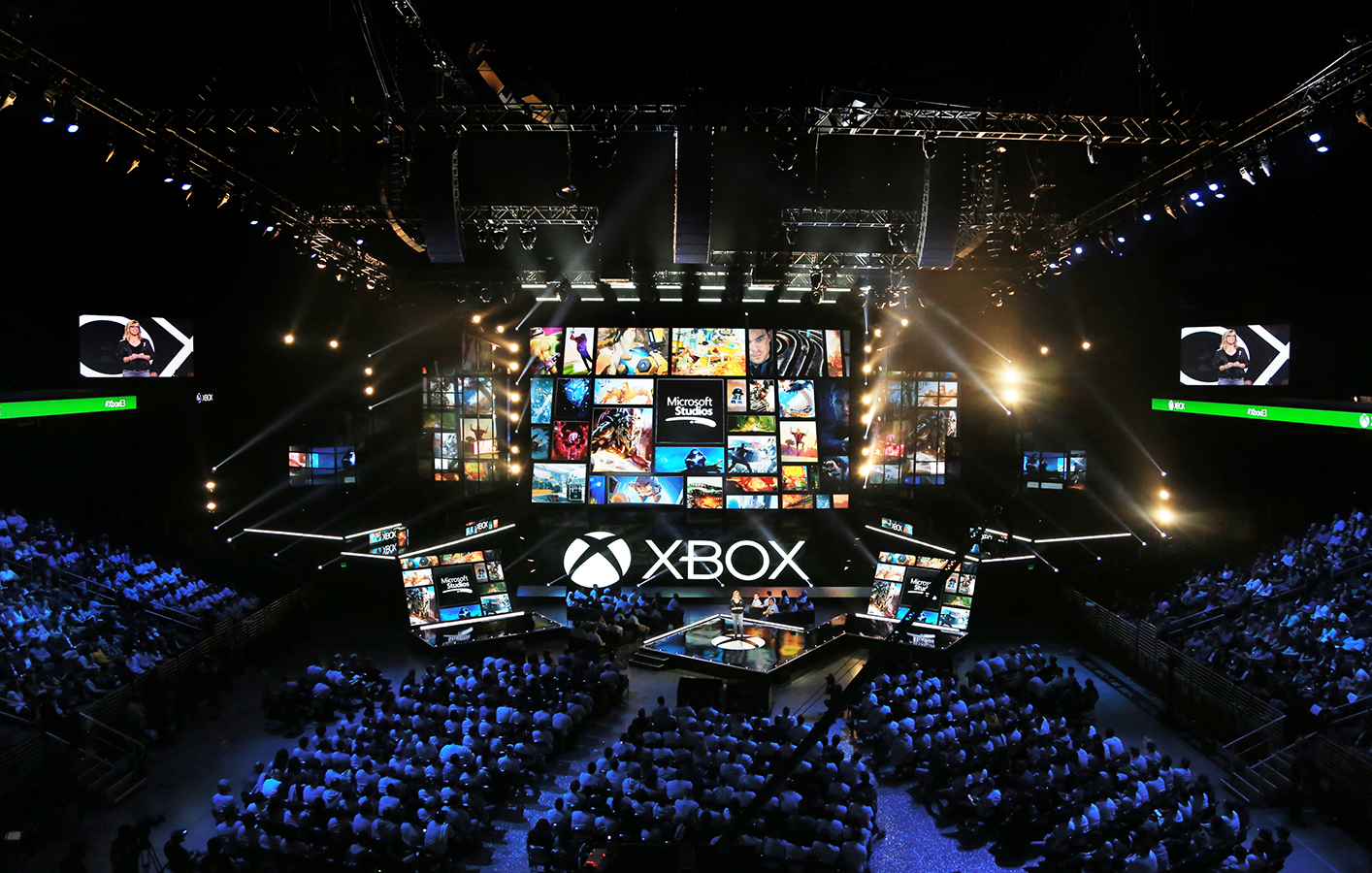 Microsoft always dazzles during its press event at E3, the annual video game conference and show, and its 2016 Briefing at the Los Angeles Convention Center was no exception. This year’s arena-style, multimedia event was packed with news and an array of big screens, showcasing both new technology and new titles with help from 4×4pro media servers.

At the Briefing, Team Xbox unveiled the slim Xbox One S device and the powerful Project Scorpio console, which will be available for holiday season 2017. They also announced the new Xbox Play Anywhere program, that lets gamers buy a game once, and play it on both their Xbox One consoles and Windows 10 PCs.

E3 2016 marked the third year of disguise being involved in the Microsoft Briefing. VER LA supplied four 4×4pros to production company Zed Ink for the press event. For special project consultants, dandelion + burdock, it was their second largest show with r13 software, whose set list feature figured heavily in the dynamic, fast-paced Briefing.

disguise enthusiast, Nils Porrmann, from dandelion + burdock, built the disguise project and advised on the workflow. The show was pre-programmed on 4×4pros with VER prior to arriving at the LA Convention Center. Another seven days were devoted to programming on site and during rehearsals.

“The disguise r13 set list feature was largely used on this project,” says Porrmann. “Set lists adds the ability to arrange different dedicated timelines into a larger overview. With a set list, you don’t have to have a timeline that goes on forever, where you’d never see what’s coming up.

“Set lists enabled us to prepare every block of the show in isolation while globally preparing a list of cues and being able to swap modules and running order,” he explains. The Briefing had 29 individual tracks comprising the overall set list.

Lighting Designer Manny Treeson adds, “There are many reasons we loved disguise as our server on E3. First was the ability to have multiple users. We are able to edit timelines in the show while we are rehearsing something else. We have always been challenged for time on this project, with many hours of rehearsal and so much content. It just did not leave a lot of time for notes and clean up. This really shortens our turn-around between notes and being able to rehearse a particular section again.

Treeson agrees that the set list feature has been “huge”. “Being able to adapt to a new show order quickly and gracefully has been wonderful. And the support we get from disguise has been great.”

All deliverables were distributed with a 10GB network. Overall production was done by ZED Ink. Erin Hearne was the creative director of the Briefing. Manny Treeson was the lighting designer from NYX. Drew Findley was the screens producer. Onsite content by Toy Robots. Michael Epstein was content management and Rowan Pitts was the second disguise operator.