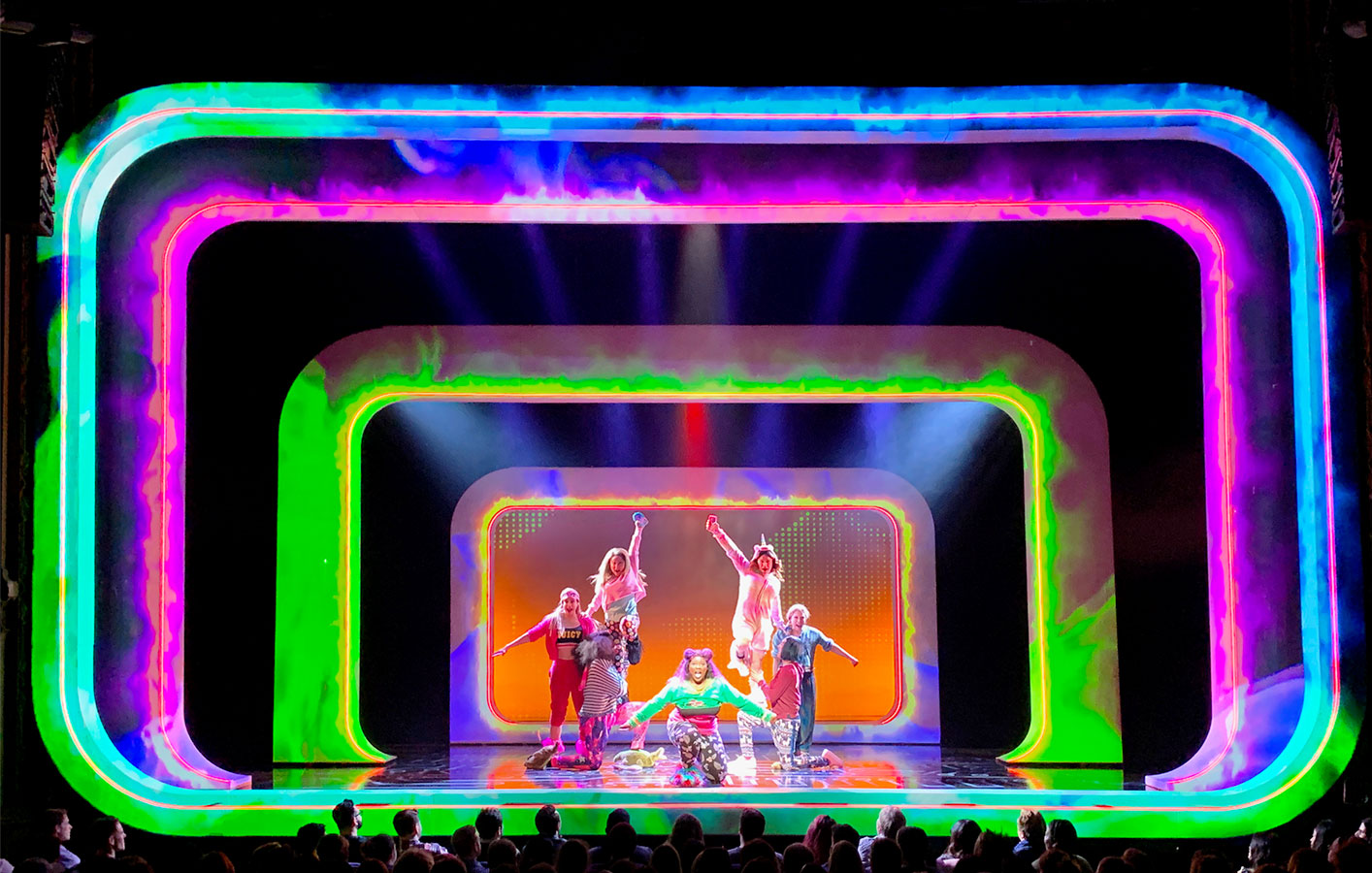 ‘Be More Chill,’ the high-school musical at Broadway’s Lyceum Theatre, used disguise solo and 2x4pro media servers to drive an array of complex video projections on stage. 4Wall Entertainment provided the systems to the production, which originally opened off-Broadway last year and on Broadway in March 2019 and is currently being adapted into a film.

“The projections in ‘Be More Chill’ were used primarily to illustrate the experiences of the main character Jeremy after he swallows a pill-sized supercomputer that attaches itself to his brain and instructs him how to be more chill,” explains Designer Alex Basco Koch. 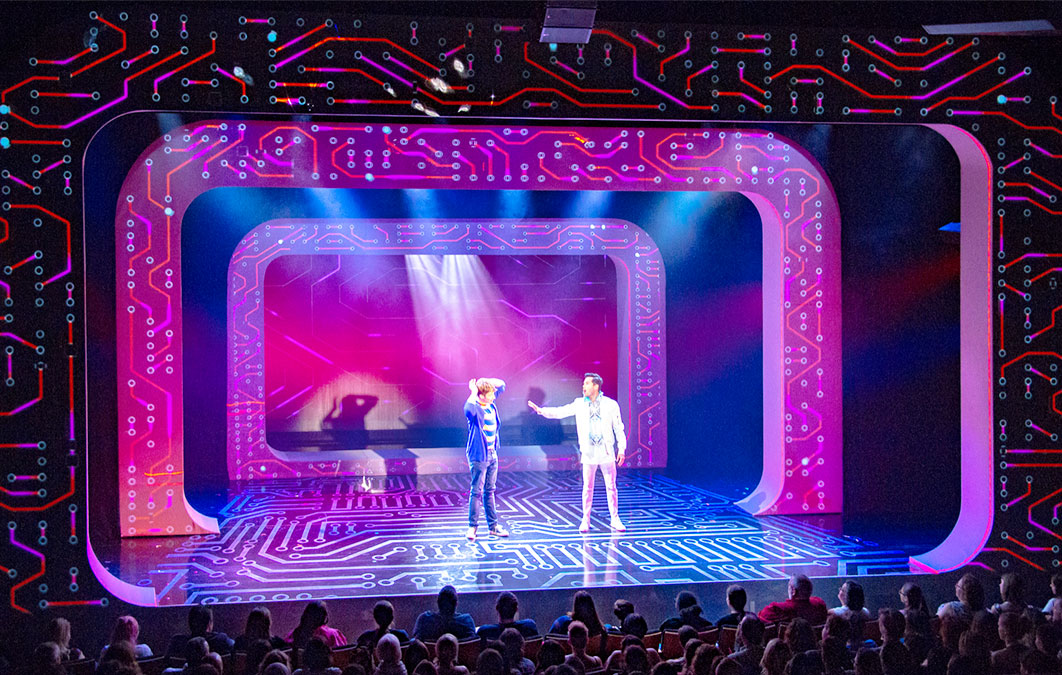 “The content was a candy-colored digital environment that was designed to overwhelm the audience, fill the stage and also settle into the background when the audience needed to focus its attention on the actors. The content changed in aesthetic and tone as the story progressed and the dangers of the super-computer became apparent.”

The set by Beowulf Boritt was a series of open portals like the frames of an iPhone. Two of the three portals were automated, and Alex needed to map the front and inner panels of the portals, blend the projectors and track the set as it moved. 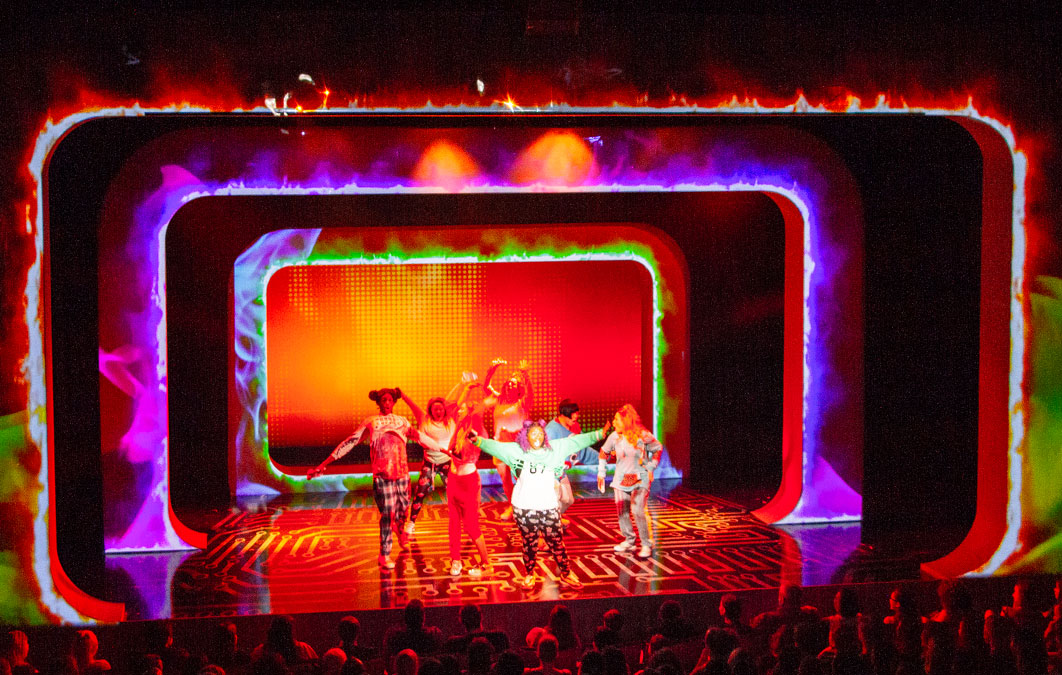 According to Video Supervisor Kim Caldwell, “the disguise solo served as our pure production machine while we had three 2x4pros for our display machines and understudy. 4Wall was able to let our programmer, Ido Levran, use the machine in his studio to pre-program while we built the system in the shop. As we were only using the solo in a production role we were able to build the racks without delay and add the solo back in at the last minute before load in without issue.”

“Our projector placement required us to converge and blend four projectors cross-shooting on three different planes. This would have been impossible with almost any other media server.” 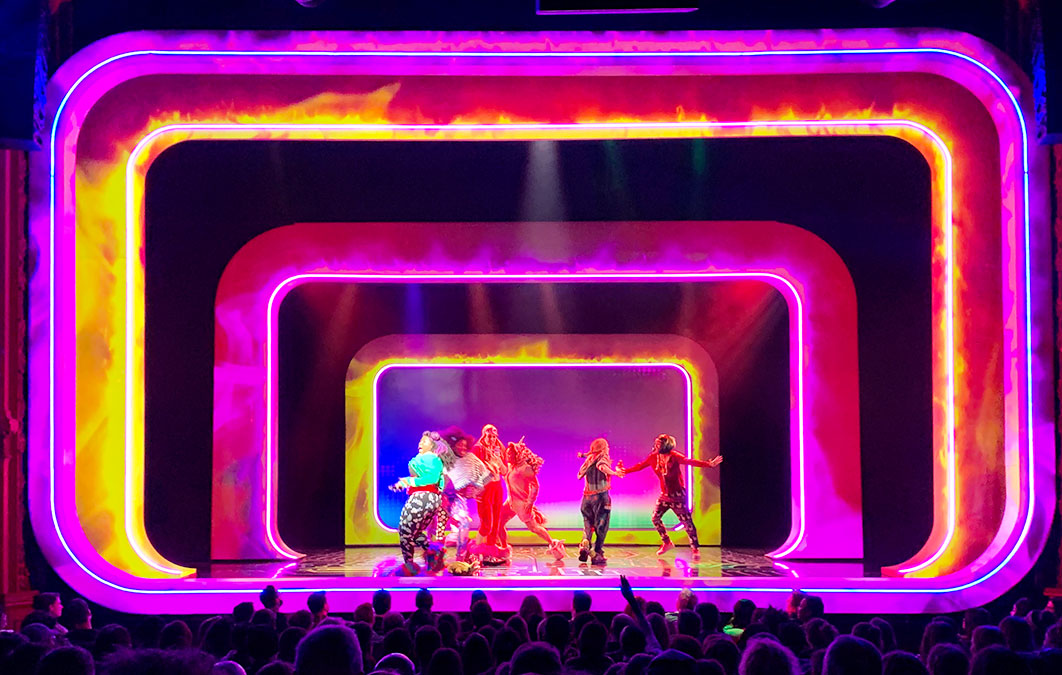 “We wanted to be able to pre-visualise and pre-program for this show,” he says. “disguise gave us that option before we walked into the theatre and during tech and previews. We could change and replace content without having to be dark or get all the other departments with us. We could come in in the morning and program through whatever we needed.”

The automation tracking features of disguise were also a bonus for the production. “disguise proved super-helpful dealing with projection on a moving scenic piece,” says Kim. “The automation tracking was reliable and efficient in moving the tech process along when the creatives were gathered in the room. Staging and scenic movements can change during long rehearsals, and the automation tracking allowed the video team to accommodate changes on the fly without needing extra time to recreate or re-render new content. With the truncated tech schedule we had this allowed us to have more time for other changes.” 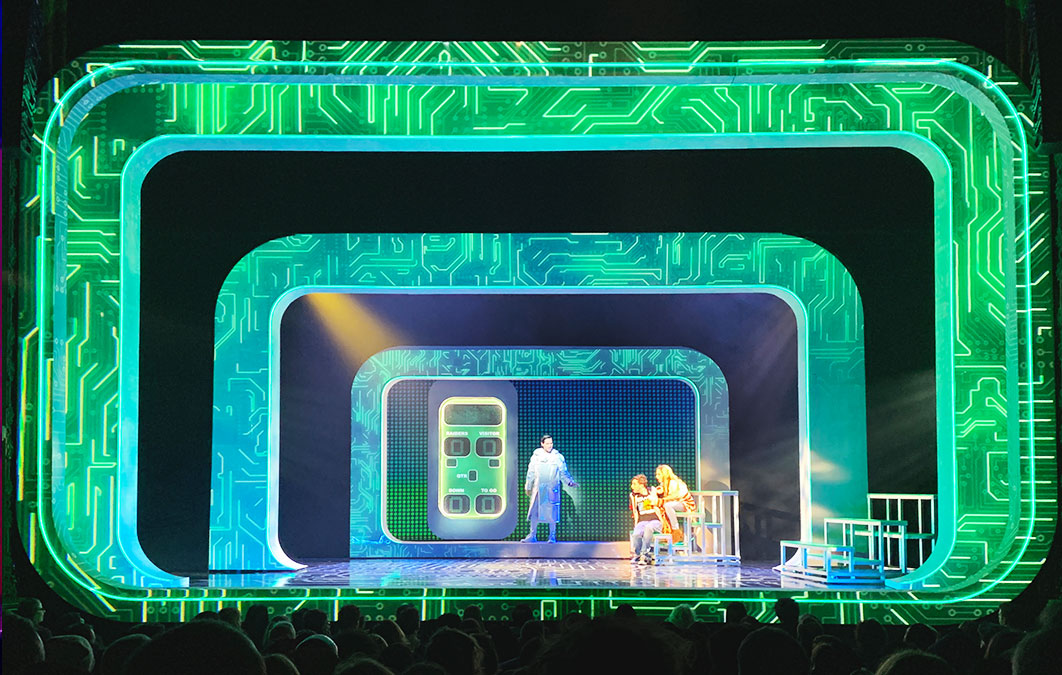 Ido points out that the production originally called for three projectors hanging on the mezzanine and balcony to cover three main surfaces, but due to the balcony shake the projectors were relocated, and a fourth was added. They hung from each box seat on the sides to cross shoot and cover the entire stage.

“The blending and converging over multiple surfaces was something disguise saved us with, plus I could redo the mapping for such an extreme change [as the projector relocation] in a four-hour session – it was unbelievable,” he reports. “That was possible thanks to the separation between the content side and the output side in disguise. I just needed to recalibrate the projectors in their new positions, and that got us 80 percent there, then we did some manual calibration, and we were good to go.” 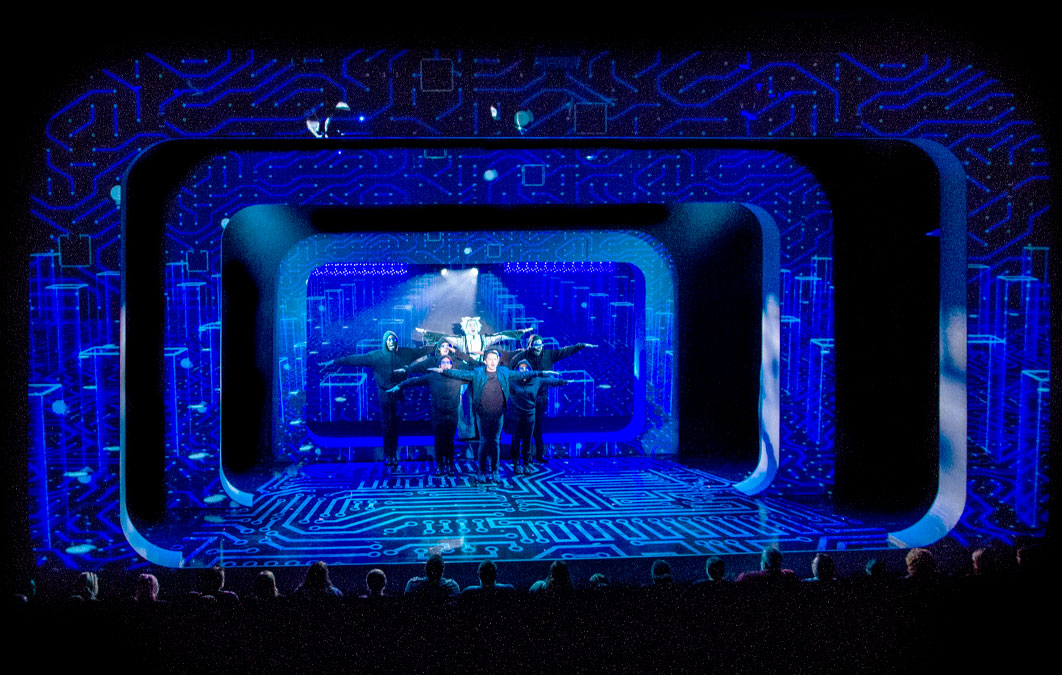 Kim says, “4Wall was with us every step of the way to facilitate the addition of a new projector and corresponding components on such short notice. Obtaining the gear so quickly was key to the success of such a huge change mid-process. New calibration points had to be tweaked and some rethinking of the new projection angles changed the way content landed on the set, but we saved so much time with the set/scenic surfaces already being built in the project. We were even able to gain more projection surfaces with the new locations, which really added to the moments when content appeared everywhere.”