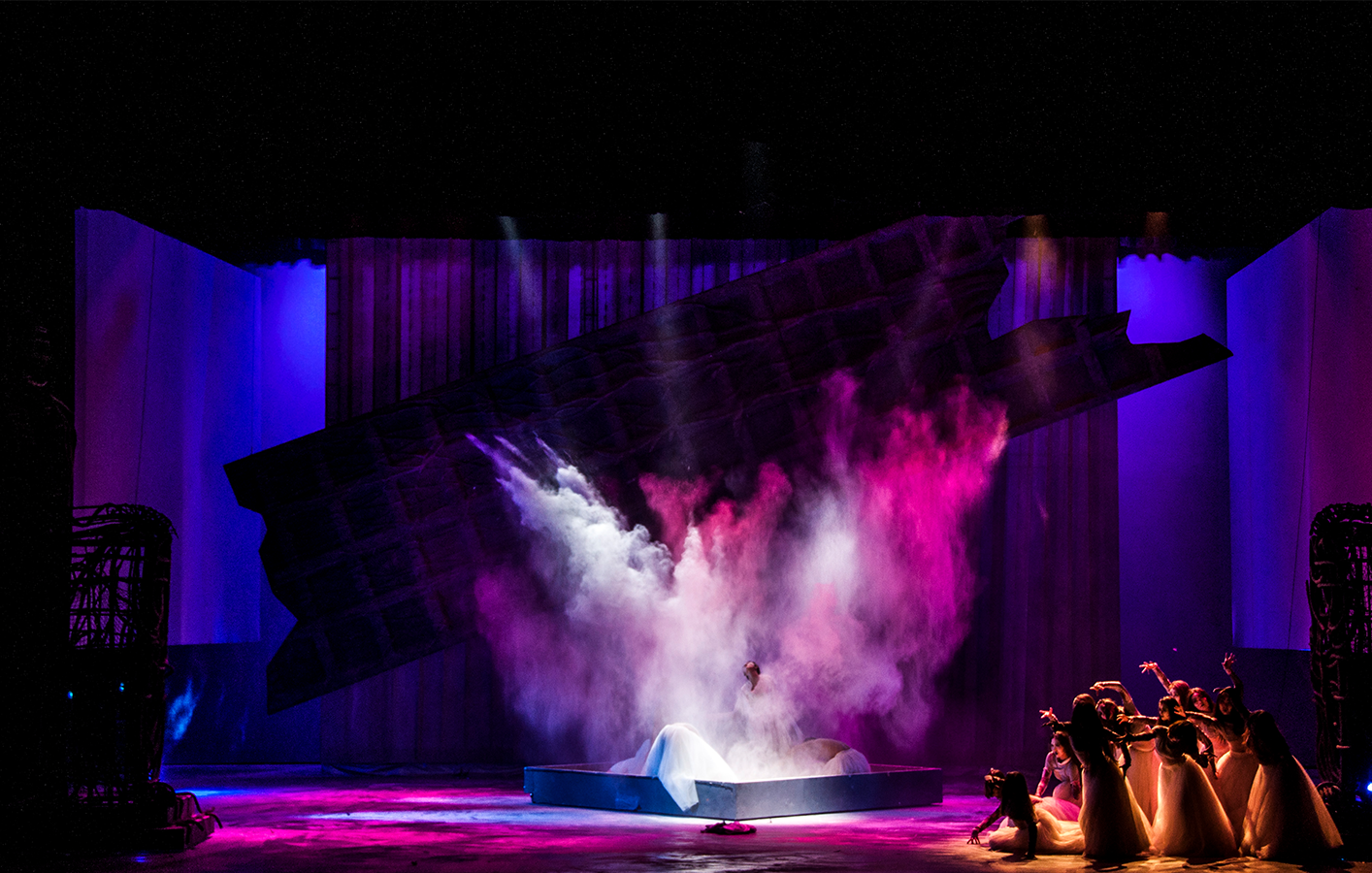 The stage show, Dao God, was adapted from a popular online fiction, about the Metaphysics of Dao and the legend of Daoist family Chen. The fiction was published online in 2012 and has accumulated millions of fans and over a billion hits so far.

After two year’s of preparation, the novel was finally put on stage. The premiere of Dao God kicked off in, Beijing Haidian Theatre, in May, and the production is expected to run 100 shows across the country.

“The fiction is a combination of romance, fantasy and mysteries, and we felt only disguise could achieve what we needed,” said Hang Zhou, the multimedia designer of Illuminating Visual Arts Studio (IVA Studio) and the content producer for the show. “Thanks to the 4×4pro, audiences feel fully immersed into the vivid, dynamic and mysterious fantasy world.”

Dao God is Zhou’s first show, and Redline Technology Beijing (disguise reseller) first theatre project, using disguise. Zhou says, “Redline first introduced me to disguise, and after going for specialised training, I became more familiar with the disguise machine, and started to fall in love with it. When I took over Dao God, disguise was the first brand that came to mind. I approached Redline and they were able to provide me with a disguise 4×4pro as well as the technical support.”

“With the 4×4pro, the workflow is faster and smoother. We finished 40 special effects integration in only three days, it would take three times longer using another media server."

Compared with television and video effect editing, where editors have time for the post-production process, theatre multimedia design and application are more complicated as all the video mapping, content creation and effects need to be done on site. The disguise system was used for on-site simulation, and its QuickCal feature enabled the Redline team to precisely place 8 projectors and manage the mapping on the 3D surface efficiently. With such support, Zhou could optimise his content for fast playback and editing, in addition to adding real-time effects.

The powerful disguise MultiEdit function also improved the productivity. “We have multiple editors working on the programming simultaneously, which shortened the time and made the project a huge success,” said Hank Liu, product manager of Redline.

A full range of dynamic visual projections were used to enhance the magical atmosphere. The overall production contained three different set projections; the moon, forest and bleeding vines. Zhou reflected on this; “Though the vines are moving, using disguise meant flexible content mapping that allowed me to apply content to any surface, still or moving, without any worries. It’s really not just a media server! It can playback, create and modify the contents with great flexibility, just like the multi-layer function of Photoshop, allowing you to construct the layout in real-time, amend the design instantly, and change the sequence. It provides a huge possibility for all designers.”