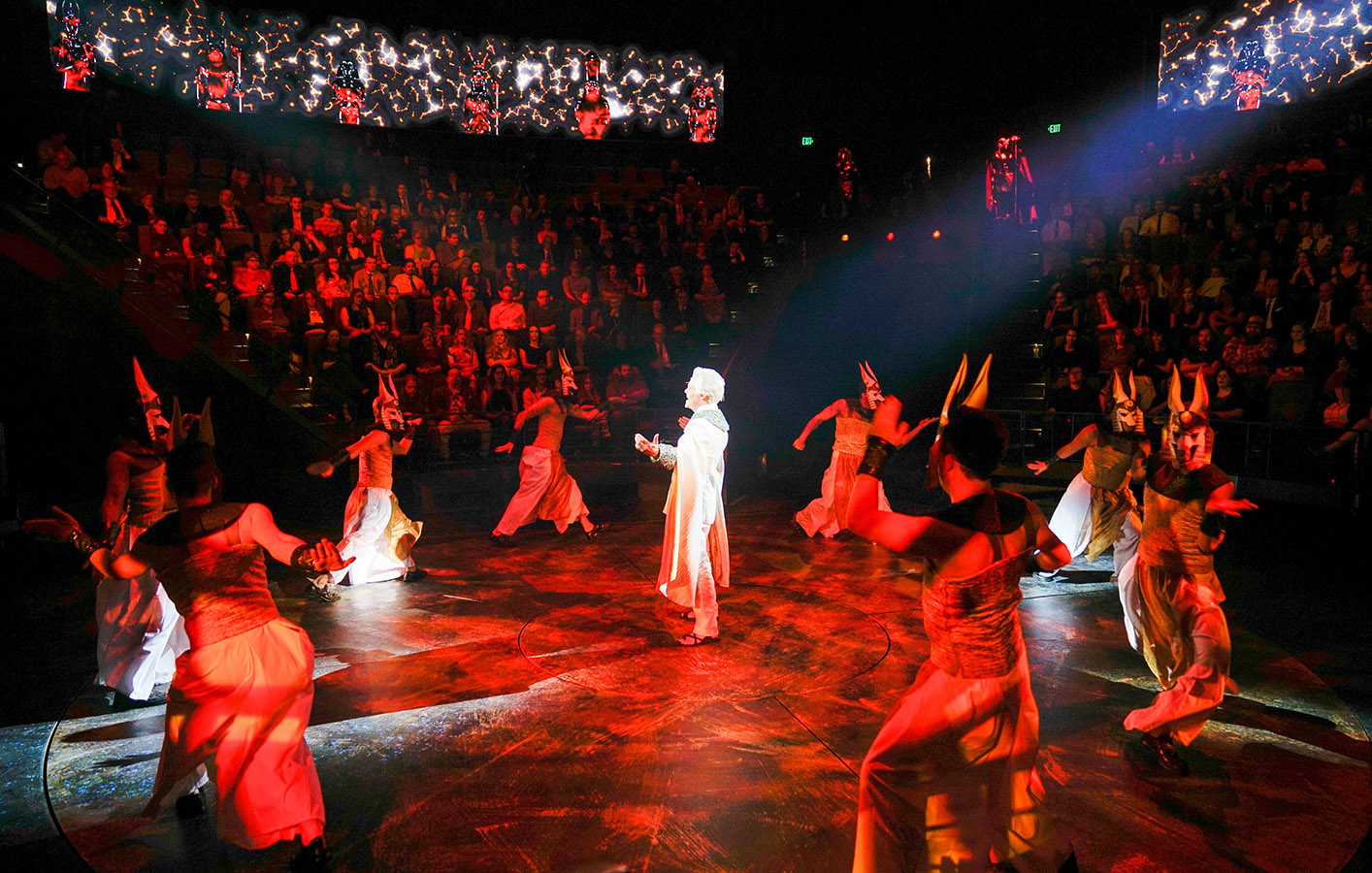 The Hale Centre Theatre place the gx range at the heart of their workflow.

The Hale Centre Theatre, established in 1983, has become renowned for producing world-class family shows and theatre education. Late last year, the company moved into their new home in Sandy, Utah, with the ambition to combine traditional theatre and the latest in stage technology. The centre’s two theatres, Centre Stage and Jewel Box, are both using the disguise gx series, supplied by Barbizon Light of the Rockies in Denver. 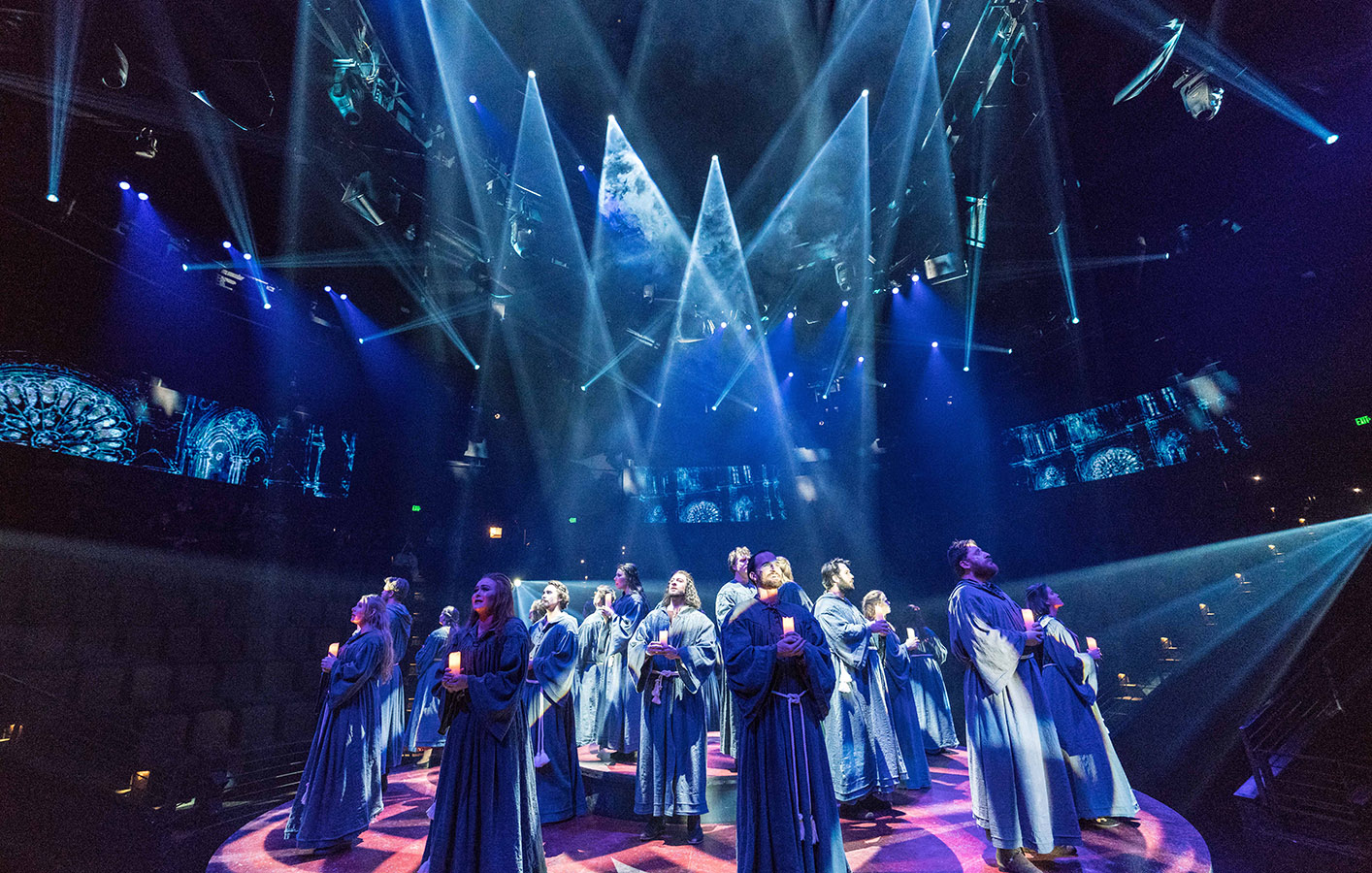 The Hale Centre evaluated several brands of media servers before choosing a disguise gx 2 for the Centre Stage and a gx 1 for the Jewel Box. “We had no prior experience with disguise and worked with Barbizon to hold demos and connect with users at other theatres,” says Video and Projection Designer, Joshua Roberts. “Barbizon was fantastic about providing equipment and facilitating our learning about the system before our purchases.” 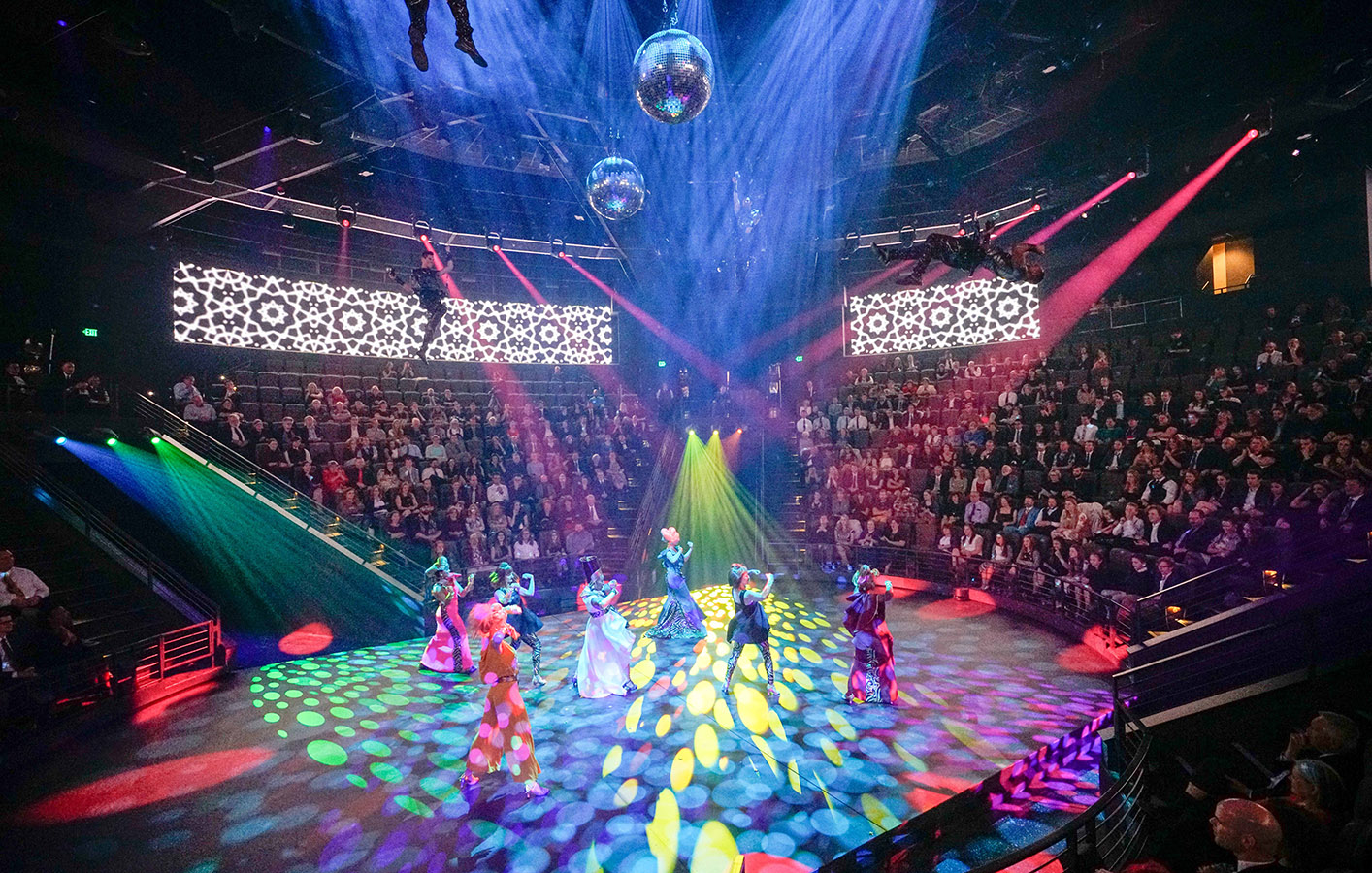 disguise has a large user base worldwide so designers are comfortable using it. The gx range is great for us because it offers important Notch integration for any type of magical theatrical effects. If you have that in your toolkit it’s priceless. disguise’s ability to talk to our TAIT Navigator system and to incorporate BlackTrax real-time tracking are also important for future productions." 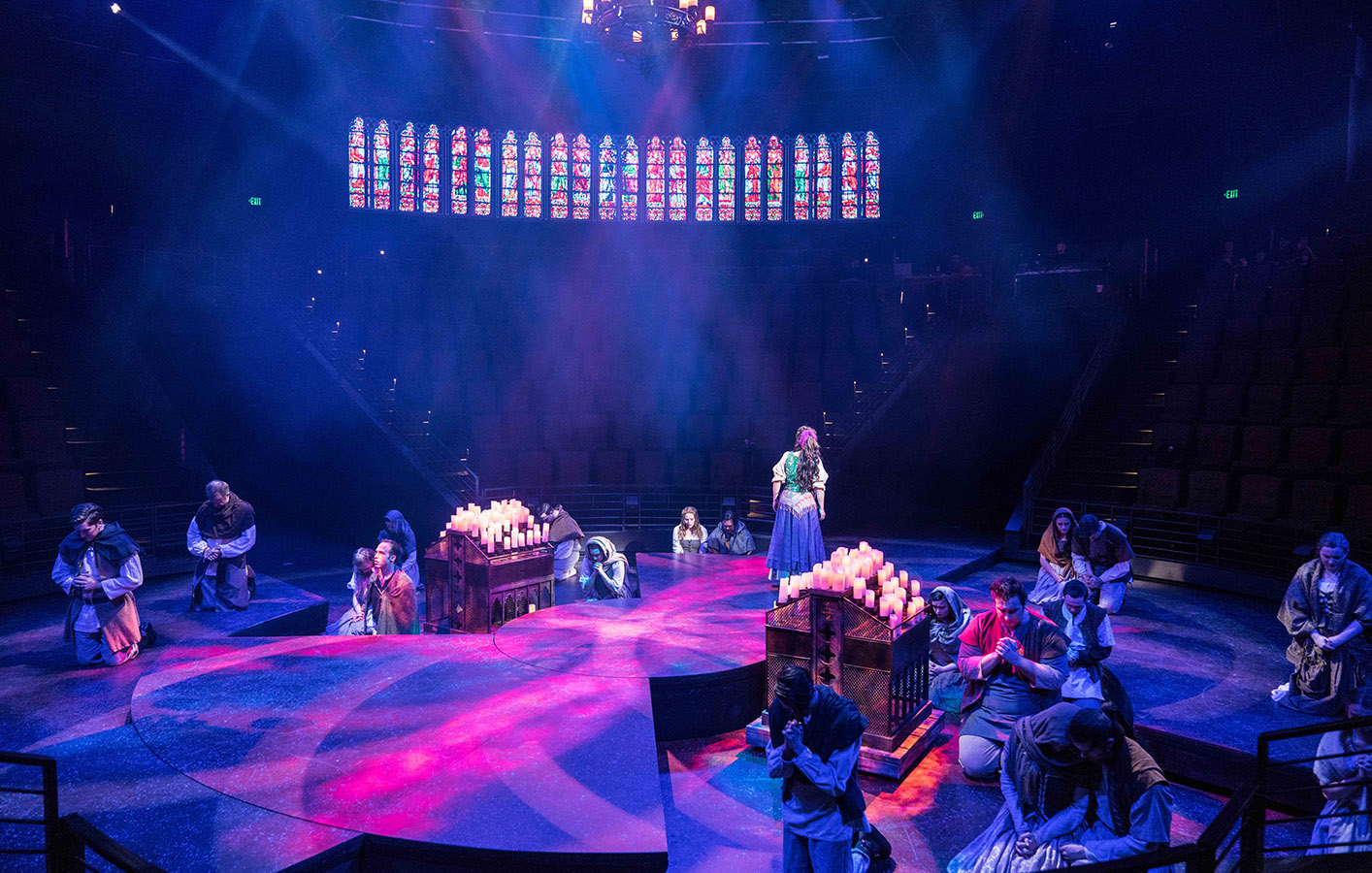 “disguise has been wonderful to work with, both technically and personally,” adds Barbizon’s Peter Maurelli.  “The gx server exceeds our expectations and handles every challenge quickly and easily.  The team at disguise are a pleasure to work with from sales support to delivery and training.”

Centre Stage has already used its gx 2 on two productions, Disney’s ‘The Hunchback of Notre Dame’ and Elton John’s and Tim Rice’s ‘Aida.’ “disguise allows us to take huge videos and play them seamlessly across six LED walls around the audience to create one cohesive scene,” explains Joshua. “It’s invaluable in stitching the outputs together to make a giant 360º display. We can also build colour layers to overlay and blend, then tweak them on the fly as we work on the content in the space without affecting playback.”

Joshua also likes the disguise MultiEdit feature. “During tech rehearsals I set up my laptop as an editor so I can tweak things in real-time without interfering with the person running the show on disguise.”

The gx 1 in the Jewel Box arrived more recently and will be used on productions starting next season. The space is also rented for corporate events and conferences, and the media server is currently being used for those applications. “The gx 1 gives us a lot of flexibility for our rentals, each of which has different needs,” Joshua notes. “We can refocus for screens we set up without moving the projectors and accept many different sources for presentations. We’re good to go very quickly for clients.”

Next up for the gx 2 in the Centre Stage will be a production of the musical ‘Newsies,’ which opens in June with video content designed by Roberts.

Barbizon Light of the Rockies