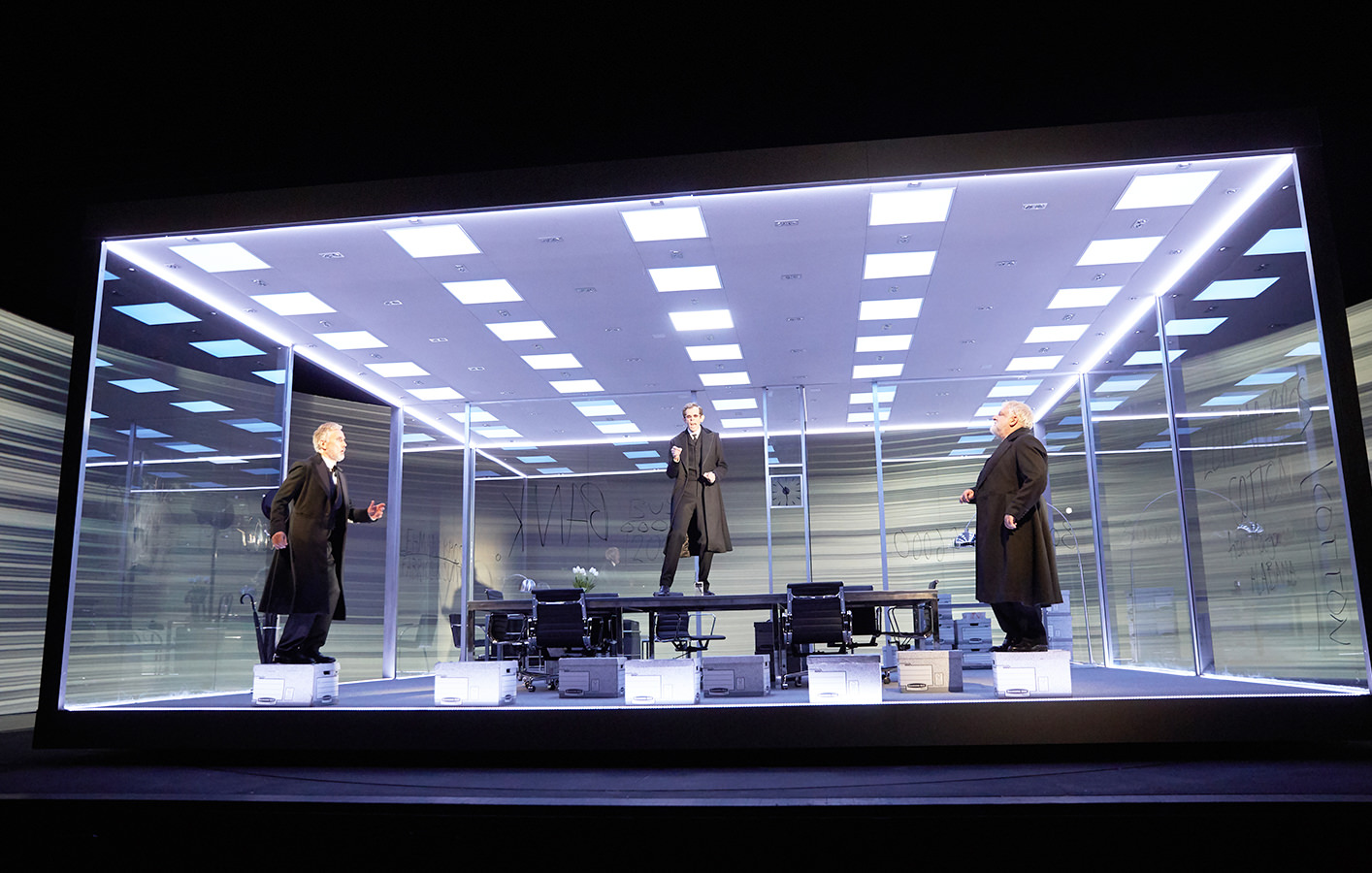 disguise OmniCal at the heart of the National Theatre.

Situated on the South Bank of the Thames in London, the National Theatre is one of the United Kingdom's most prominent publicly-funded performing arts venues. It features three theatres, a learning centre, restaurants, a riverside bar and a bookshop. The National Theatre presents up to 25 new shows every year; as well as appearing in its own theatres, these productions often play in the West End and tour around the country, as well as on Broadway in New York and around the world. Productions are also broadcast to over 2,000 cinemas worldwide through National Theatre Live or streamed free to UK schools.

The National Theatre continually innovates in service to its audience and is not afraid to embrace new technology. It was the first theatre to broadcast a live 4K production to cinemas; it has installed a fully integrated and wireless communications system across the whole facility and operates a dedicated Immersive Storytelling Studio to explore ways to tell stories using emerging digital technologies. In keeping with this forward-thinking ethos, it recently adopted the disguise OmniCal camera-based projector calibration engine to aid complex production design. 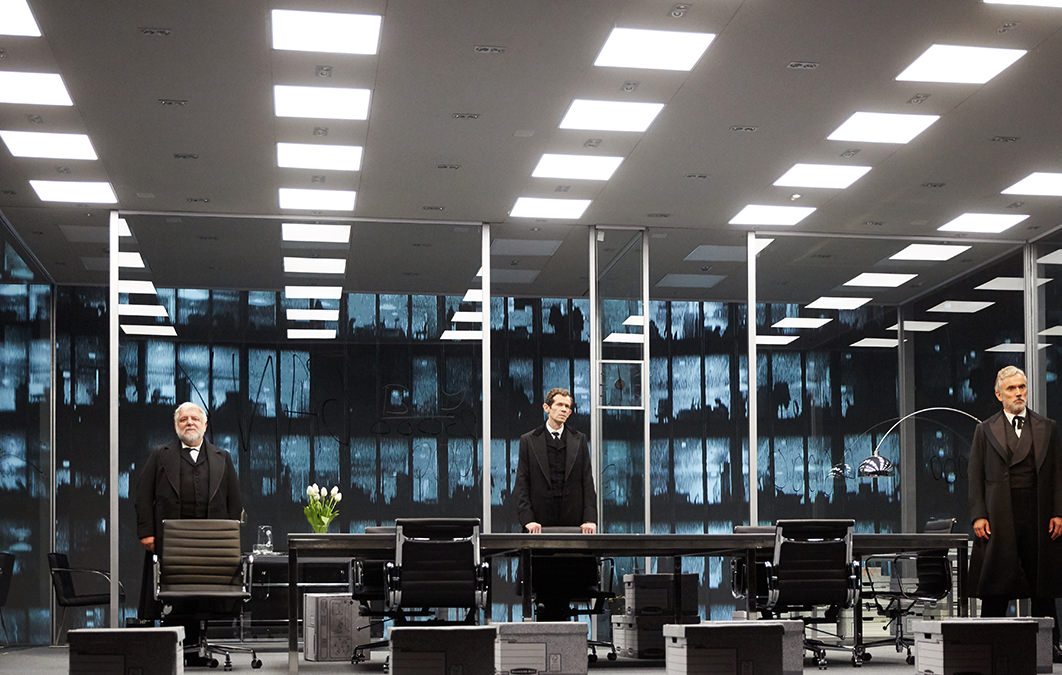 “We use projections on stage in numerous ways to enhance productions, from supplementary scenic design through to narratively mapped visual objects and video walls. Sometimes this will present realistic backdrops and images, sometimes the projections will interact with a performance, and at other times it will narratively lead the direction onstage,” says Dominic Bilkey, Head of Sound and Video, National Theatre. Dominic’s team began looking at the available options on the market and narrowed their research to look at 3D workflows, so that mapping was an integral part of the programming rather than just a way of lining up.

“We had been finding it increasingly difficult to use traditional 2D media server projection to map onto 3D surfaces and complex shapes. We needed to find a solution that would allow us to be more accurate with the projection surfaces whilst achieving a better result, in less time.”

“As a repertory theatre that presents different shows with short or sporadic runs, we are continually installing sets and equipment for a performance and then quickly removing everything to facilitate the next show – often twice in a week. The ability to perform a video lineup quickly was therefore crucial in order to turn shows around fast, as we need to be able to fully rehearse the projection cues in conjunction with lighting prior to a performance,” says Dominic. “The disguise OmniCal system seemed to offer the best option for what we needed, particularly as we had invested in two disguise 2x4pro servers a few years ago. Our proximity to the disguise HQ was also helpful in enabling us to build a good rapport and be confident of a close working relationship from the start.”

As fortune would have it, the first complex show for which the team planned to use disguise was with video designer, Luke Halls, who has been using the disguise solutions for many years. “This gave us added confidence to jump into a new workflow for this show,” says Dominic.

“The panoramic video showed an ever-changing backdrop of New York, representing the rise of the original Lehman brothers who arrived as immigrants in the mid-1800s, to the fall of Lehman Brothers financial services organisation in 2008,” explained Luke Halls, the video designer who created the projection.  “As well as showing the shape and scale of the city changing through time, the audience gets closer to New York as the story progresses – we approach the skyscrapers looking like a graph, then by Act 2 the city has absorbed us just as the markets became all-powerful, and then finally everything begins to turn into falling numbers, representing the financial crisis where it all finally spun out of control. It’s a very evocative piece that perfectly augmented the revolving stage set.”

The set-up was powered by two 2x4pro servers with DVI VFC cards and four designer laptops. The National Theatre followed up with a second investment of two new solo servers which feature 10GB networking ports and a Pro Audio card.

The OmniCal engine has been designed to improve projection quality and setup time. OmniCal works by capturing hundreds of images of the stage and creating a ‘point cloud’, accurately calibrating projectors, and conforming pre-existing surface meshes to match reality. This is a step change in projection mapping workflows - no longer a multi-day process to map an object neatly, the capture process takes a matter of minutes, and final adjustments can be carried out offline, not intervening with projection surfaces, and enabling other disciplines in the space to proceed with their technical time. Whether it's lighting, sound, set or rehearsals, everyone benefits from the use of OmniCal on a production.

The first show to benefit from the OmniCal system set-up was The Lehman Trilogy, directed by Sam Mendes and performed in the Lyttelton Theatre. The show featured a large 27m x 6m curved wall that was projected upon throughout the performance to create the horizon and world outside of a revolving glass cube. The OmniCal system enabled five Panasonic 21k projectors with .38 lenses to project accurately onto this huge curved screen and was able to complete the lineup on a turn-around day in just 60 minutes.

“On the whole, we have been very impressed with OmniCal’s capabilities. It enables us to continue to be bold and deliver the designers’ wishes without having to compromise on any aspect – especially considering that each show needs to be able to turn around fully in such a short time.” 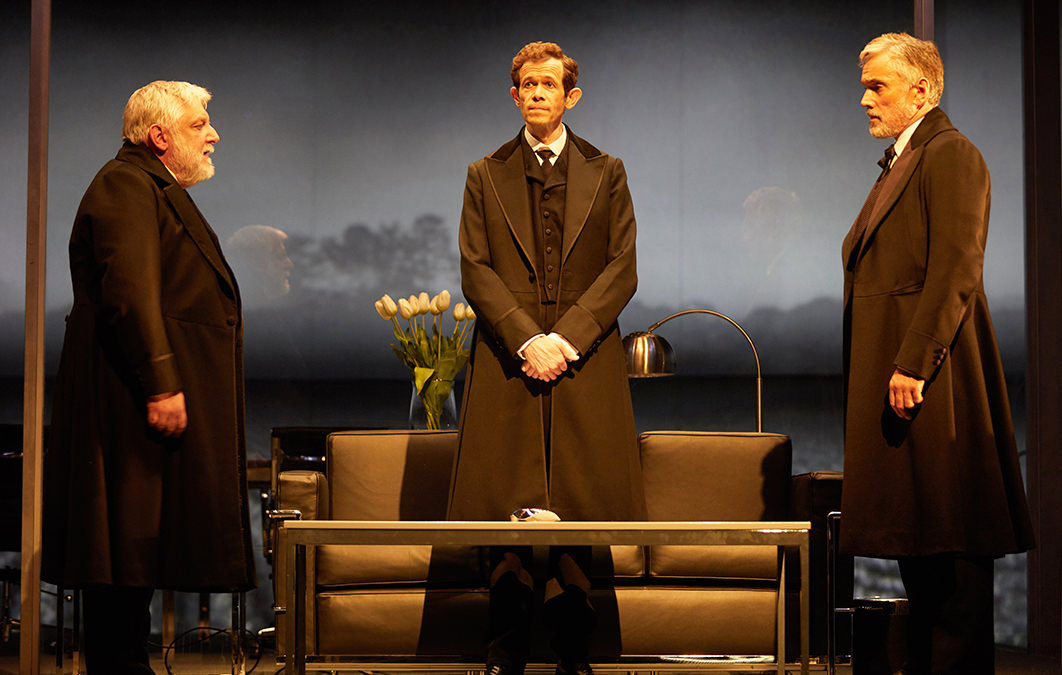