The 37th edition of the annual Brit Awards, held at London’s O2 Arena and televised on UK network ITV1, pulled in over 5 million viewers this year. The iconic pop music awards used three 4×4pro media servers for the video mapping of the show’s extensive and dynamic content.

The set used a false perspective stage with catwalks to a second stage in the centre of the arena. The main stage screens, catwalks, second stage, Kabuki and roller screens were all modeled and set up in disguise.

“We’ve used disguise on this kind of show a number of times now, and have an established workflow which incorporates the disguise process,” says Chris Saunders, Managing Director at Ogle Hog Ltd. “The ability to pre-program the show in advance was a significant part of the process.”

He reports that the disguise “pre-visualisation features were heavily used to communicate the design to the rest of production in the run up to the show. These renders were also sent to the lighting team with timecode stripes, giving them an opportunity to consider the video design, whilst they work on the lighting design for the show. Being able to preview programming with the visualiser for the artists offline also allowed us to maximise the time used in rehearsals.” 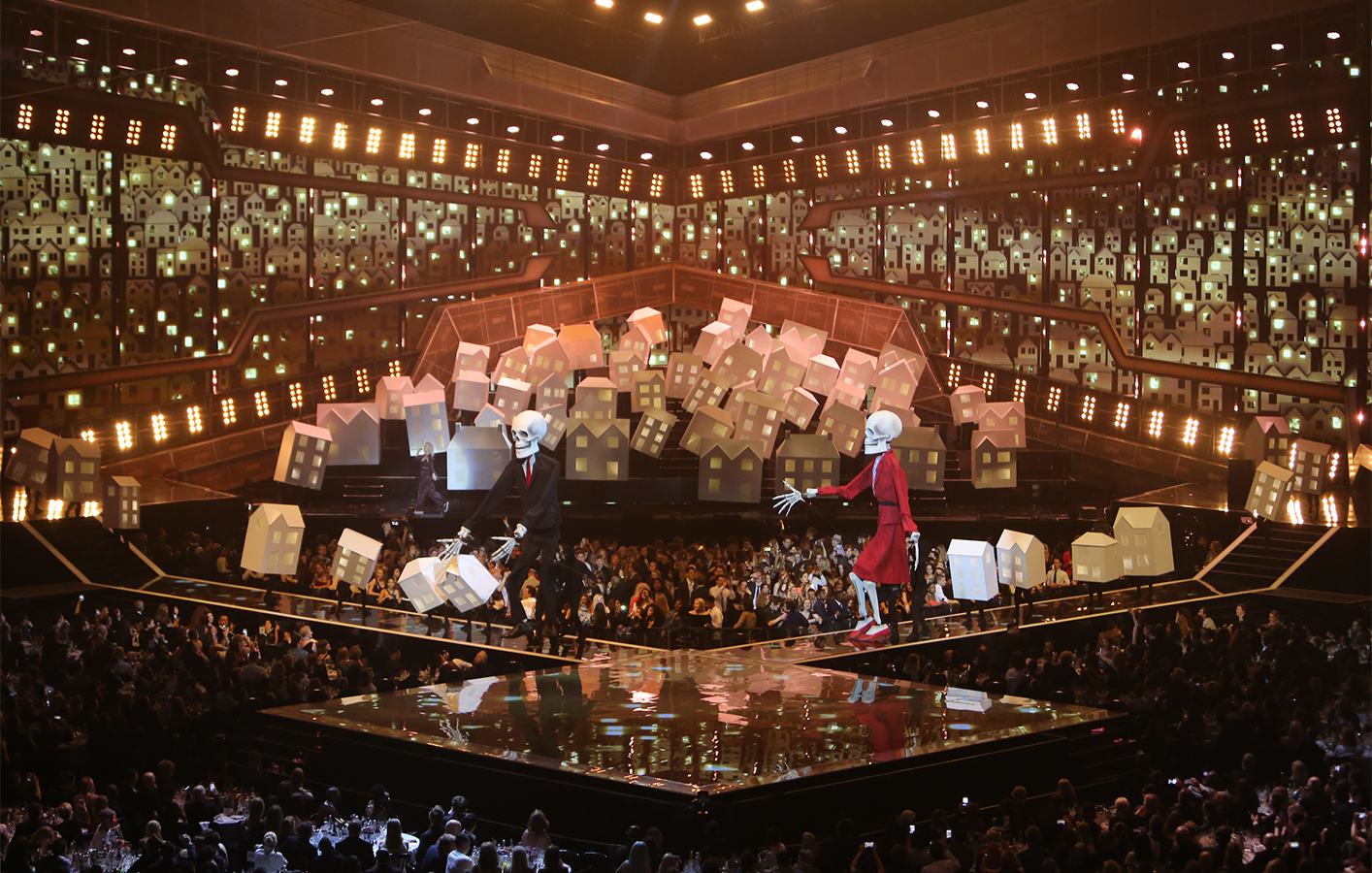 “On site disguise was fast to program, and the new Multi Transport system played a huge role in the way this show was programmed. The support from disguise was great, too – we had two members of the disguise team onsite for a show of this size.” Saunders notes.

“Notch integration with the three 4×4pro media servers was used to import real-time camera effect treatments. In addition, the content versioning system made managing show content a lot easier than it would be on another system.” Saunders also reports that the Mappings feature “continues to be an incredibly powerful way to manage the way content is displayed across the available screens in the system.”