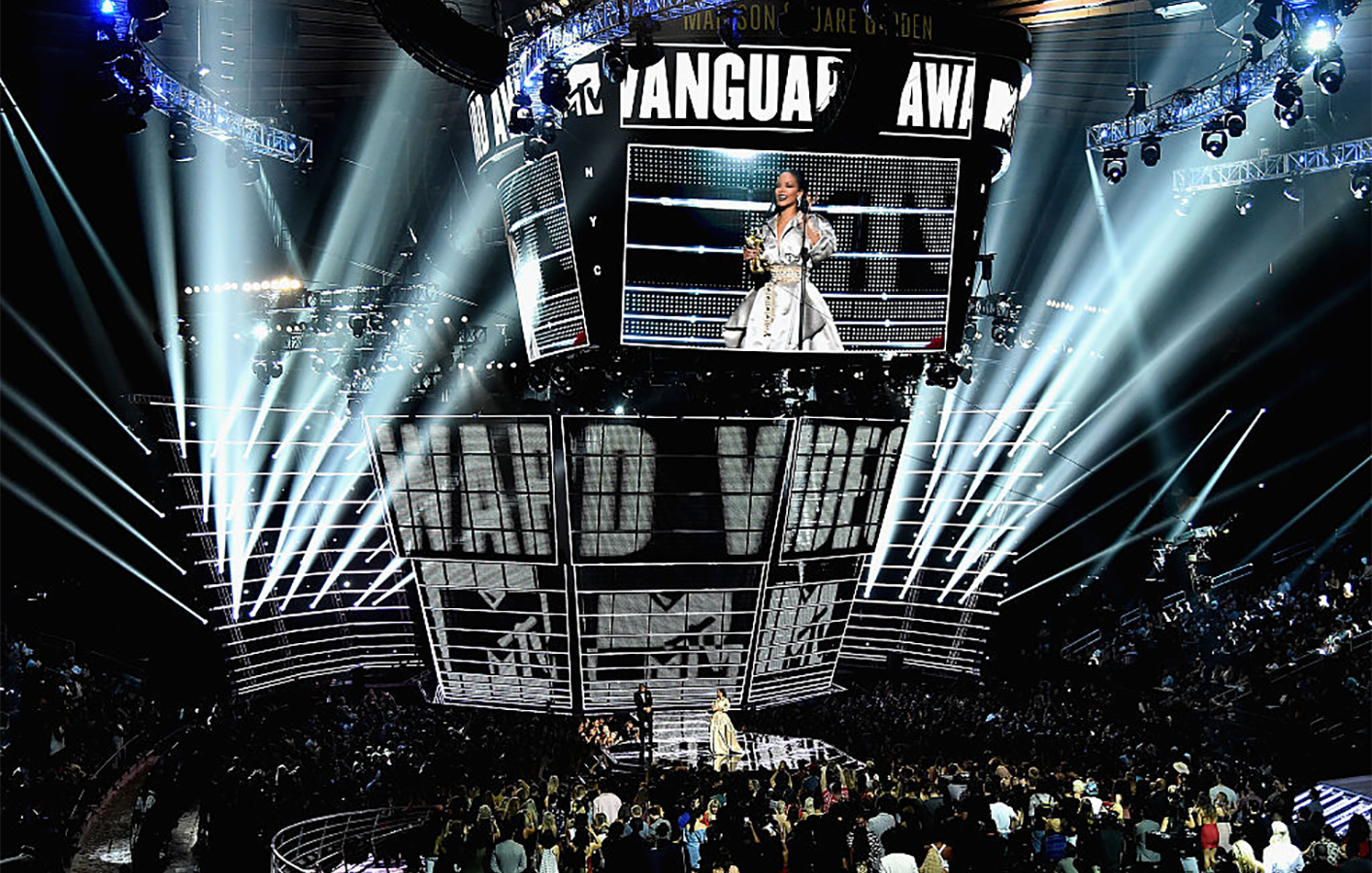 The 2016 MTV Video Music Awards (VMAs) rolled out the red carpet at New York City’s Madison Square Garden where a 4×4pro fed an array of scenic video screens in the iconic sports and entertainment venue.

The ceremony was shown live on multiple Viacom cable networks and through smart TV and mobile devices, MTV’s website and Facebook Live.

Screens producer Laura Frank of Luminous FX chose disguise to provide the signal for multiple screens: the LED wall at the back of the main stage comprised of Win9 panels, manufactured by WinVision Galaxia Electronics, with an automated opening at the center; two flanking wings and a floor made of Revolution Display’s BLADE LED strips; and the suspended “Hive” – trapezoidal panels of Huasun Technology’s Flex MESH-50 in six independently-automated sections.

disguise also provided the video signal for RGB Lights’ FlexiFlex LED String on the interior of the tunnel and handled video-to-DMX conversion for LED tape on the tunnel exterior and the Hive.

“disguise is my server of choice since the 3D feature set is a natural workflow from my content specification. Our system was run off a 4×4pro Mixed Master with a full tracking understudy. They were provided by VER and supplied with a fully engineered rack of gear for signal conversion, distribution over fiber, multi-view and genlock.”

Off-site, Frank used disguise as a previs tool to aid content production. During the show disguise tracked scenic position data to help mask content as it moved behind other scenic pieces.

“We pushed the disguise system hard and tested new features in disguise software - r14 - prior to the Gold release,” Frank reports. “Things went very well due to the fantastic support of Andy Briggs who is part of disguise team, he was on show site along with disguise founder, Ash Nehru. Both kept us in great shape during a challenging production.”

Rounding out the team was screens associate Trevor Burke of Visual Noise Creative and disguise engineer Zak Haywood of The Hive. Atomic Scenic provided RGB Light’s Flexi-Flex and LED Tape combo on the Tunnel. The server and rack system was provided by VER’s Marty Wickman with help from Mitch Lathrop. The VER screens were supported by Chris Peterson and his team.