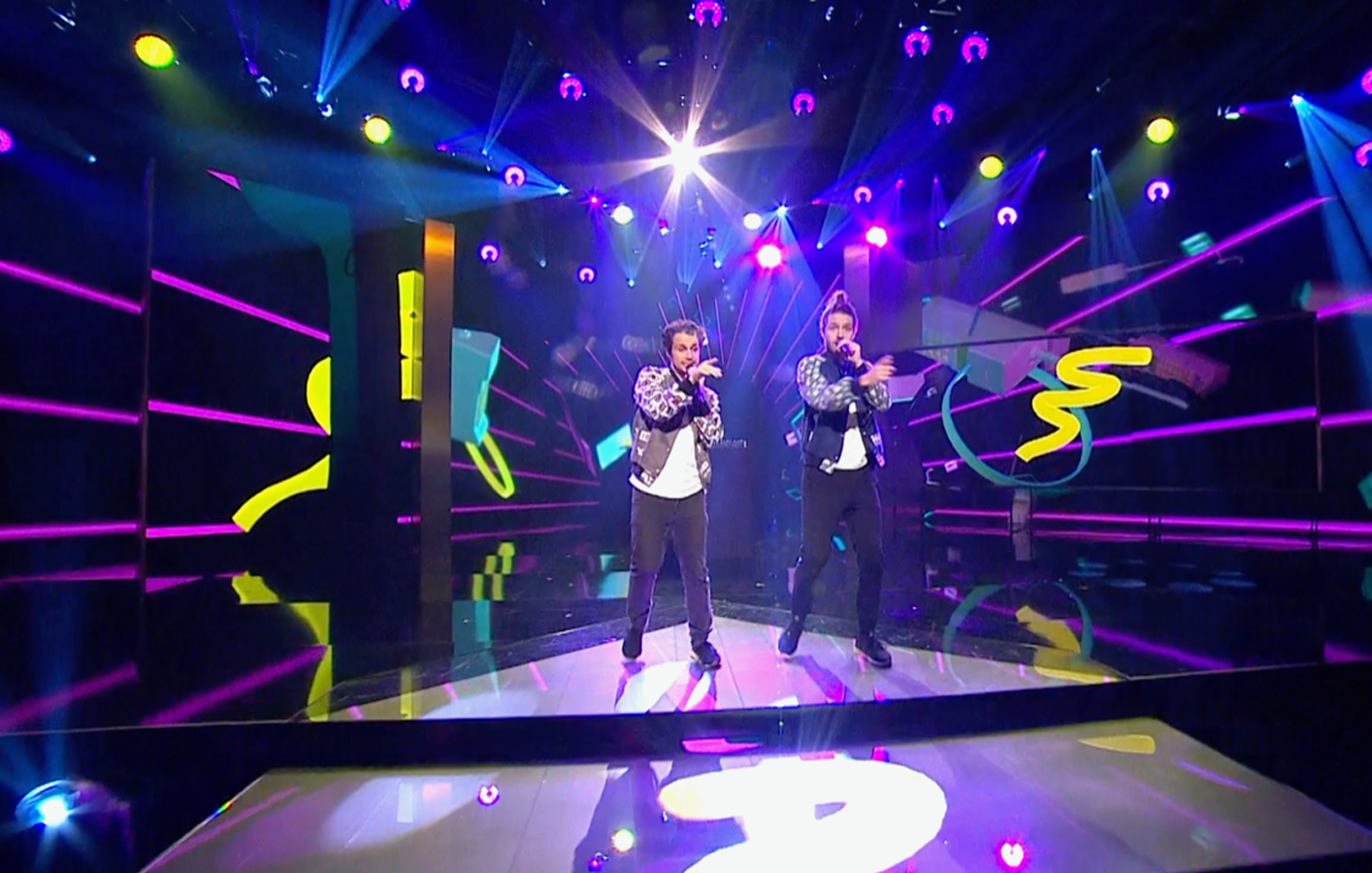 The Swiss Sports Personality of the Year, telecast live from Zurich, reached new heights this year with the use of AR by the show’s creative and technical partner, Studio One in Berlin.

Urs Nyffenegger and his team chose the disguise software-hardware platform to power the AR and video elements for the popular television broadcast.

Launched in 1950, the Swiss Sports Personality of the Year competition is now voted on by journalists and TV viewers. The latest awards, for the nation’s top men’s and women’s athletes, honored cross-country cyclist Nino Schurter and triathlete Daniela Ryl. The telecast featured other awards in multiple categories as well as performances by two Swiss bands and British singer-songwriter James Blunt.

“The show always tries to go one step further, so it was the perfect opportunity to create generative content alongside augmented reality,”

Urs Nyffenegger, Creative Producer and Head of Tech, Studio One

“With a normal set up, with AR mixed in from another system, it would have been difficult or impossible to integrate everything. And it would not have been very easy to achieve the effect of an augmented window.”

Urs, Creative Producer and Head of Tech at Studio One, wanted to play pre-rendered content for the awards show, add AR overlays to some elements of the broadcast, and create depth on stage with an augmented window. An important aspect of this was the ability to do it all in one system. “We also wanted to do some camera tracking for the AR elements as well as play generative content on the LED screens. The only product on the market integrating all these functions is disguise gx 2.”

“We were able to use new disguise AR workflows that were still in beta,” he reports. “At the same time we decided not to use any CINEMA 4D/After Effects rendering workflows for the performances. To create content that could be changed in real-time to achieve renderless content we could just tweak and twist it quickly through exposed Notch parameters in disguise.” 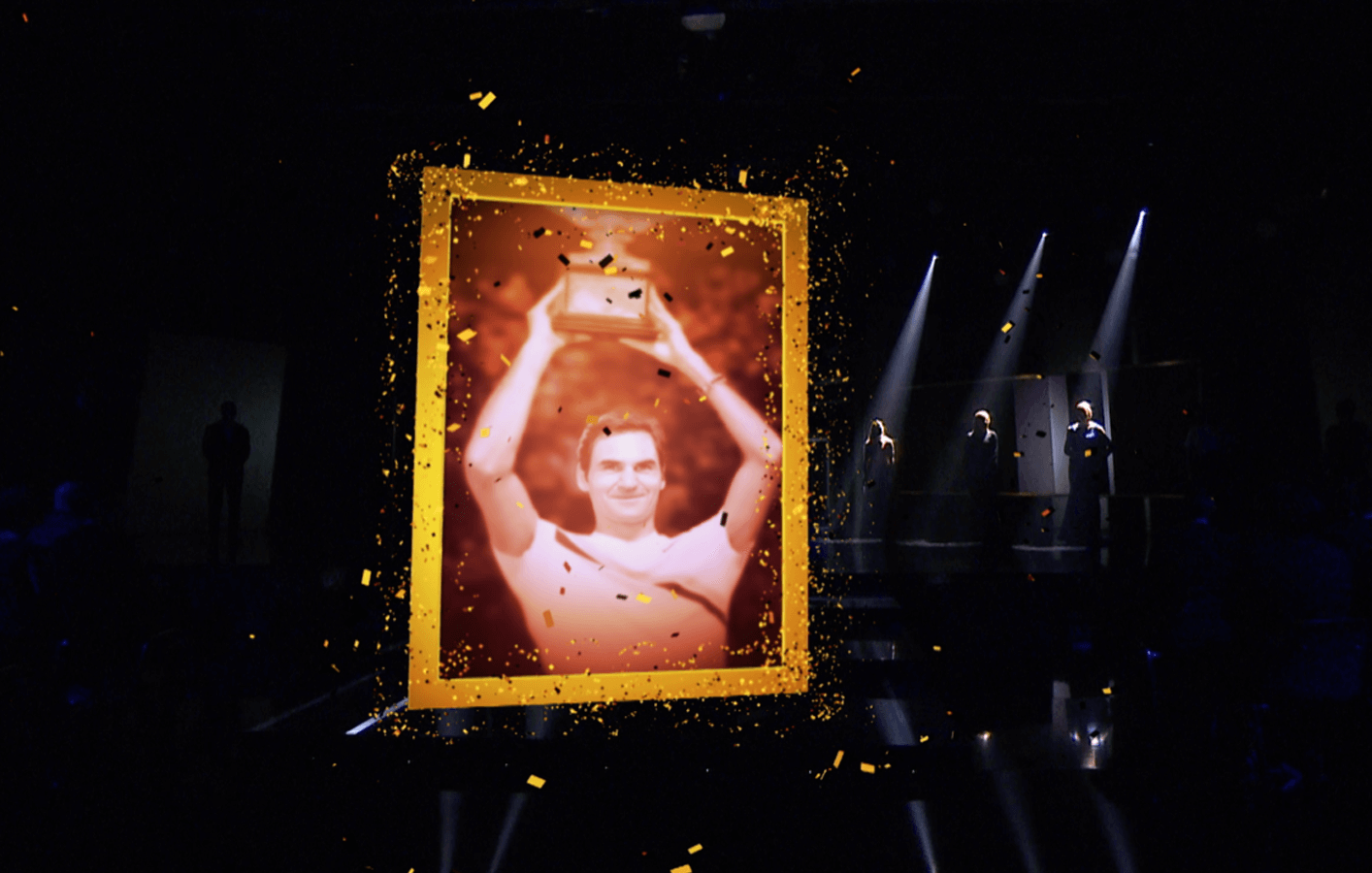 Studio One used Stype’s RedSpy on two cameras, one of them a wireless Steadicam. “At the moment, RedSpy is the only product known to us for achieving wireless tracking,” he points out. “With the unique tracking capabilities and real-time rendering possibilities with Notch blocks we could achieve everything in one device: tracked real-time content on the LED screens, normal pre-rendered content of the awards show and the augmented content. Upcoming AR workflows are getting better by the day; while they are not perfect they let us take an all-in-one approach, which in itself is super amazing.”

“Being capable of doing a show like this without jumping to and integrating many different systems for the LEDs, the augmented and the real-time content gave us, as the content designers, control over the whole process.”

Urs Nyffenegger, Creative Producer and Head of Tech, Studio One

Urs believes the ‘one-stop shop’ aspect of disguise platform was key to delivering a successful show.