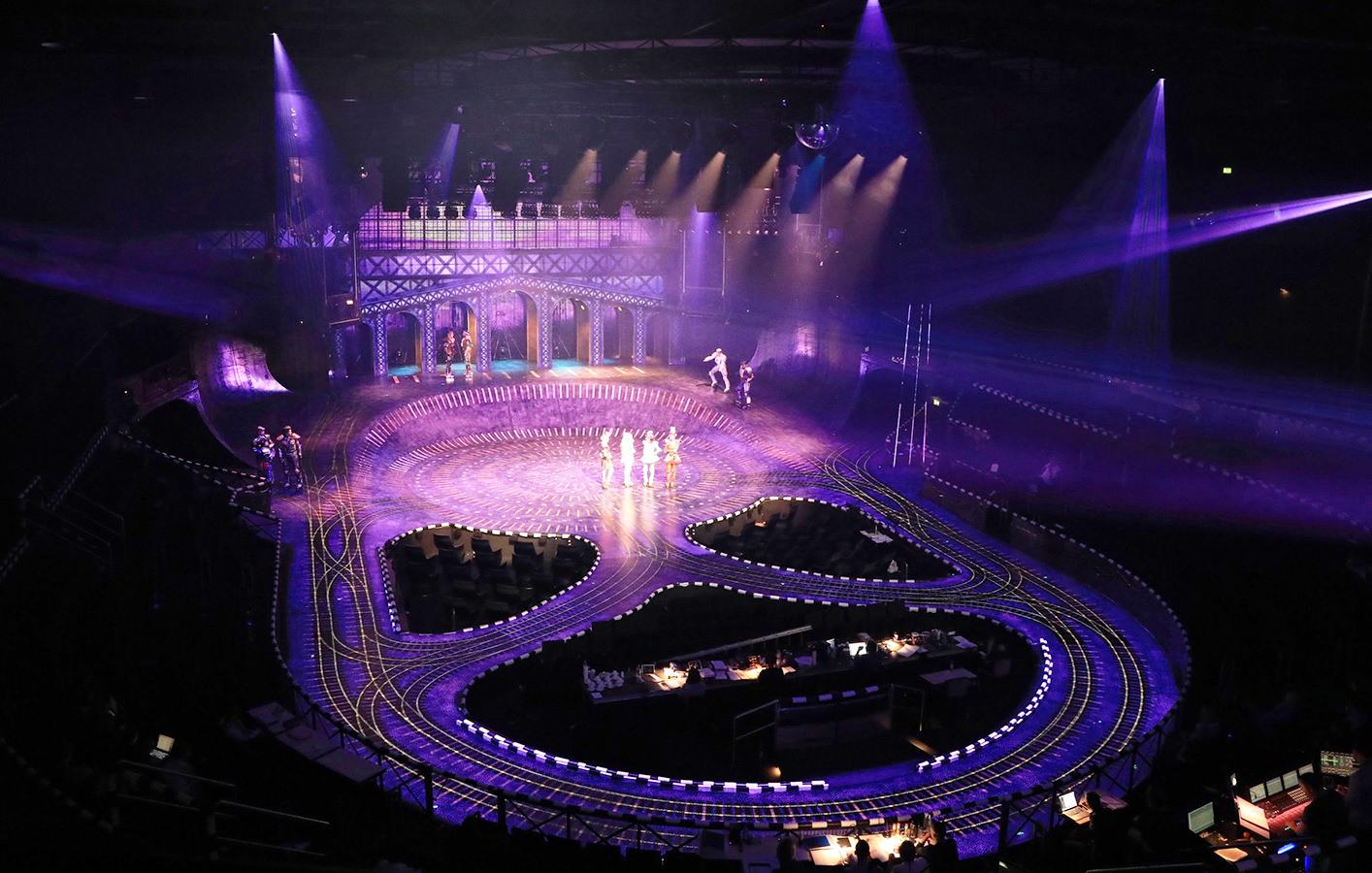 Andrew Lloyd Webber’s ‘Starlight Express,’ which has been playing at a purpose-built theater, thaStarlighthalle, in Bochum, Germany since 1988, has upgraded video production using disguise to drive video for a refreshed run, making its debut this summer.

‘Starlight Express’ is about a nine year-old boy’s dream in which toy trains come to life for a spectacular race across America. The long-running musical, performed entirely by actors on roller skates, includes new material and significant technical updates to the auditorium. 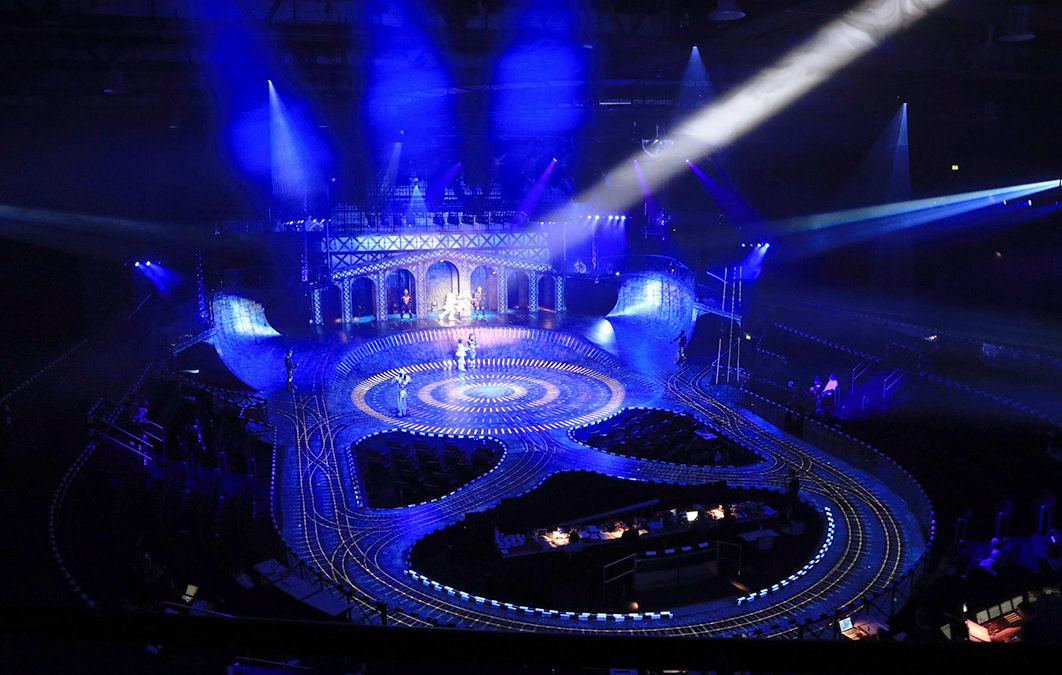 “Our design brief was to bring context and location to the show’s songs and story,” says Duncan McLean, Video & Projection Designer. “As the production had existed for 30 years, it was our job to utilize existing surfaces to bring the projections to life.”

Duncan explains that using the disguise pro range was the logical choice for the complex needs of the production. “Given the heavy 3D mapping that the production required, we felt no other media server would have given us the technical flexibility and support we needed. The 3D previs function always makes the whole process so much quicker – it gives you a great idea of what will and what won’t work in the space.” 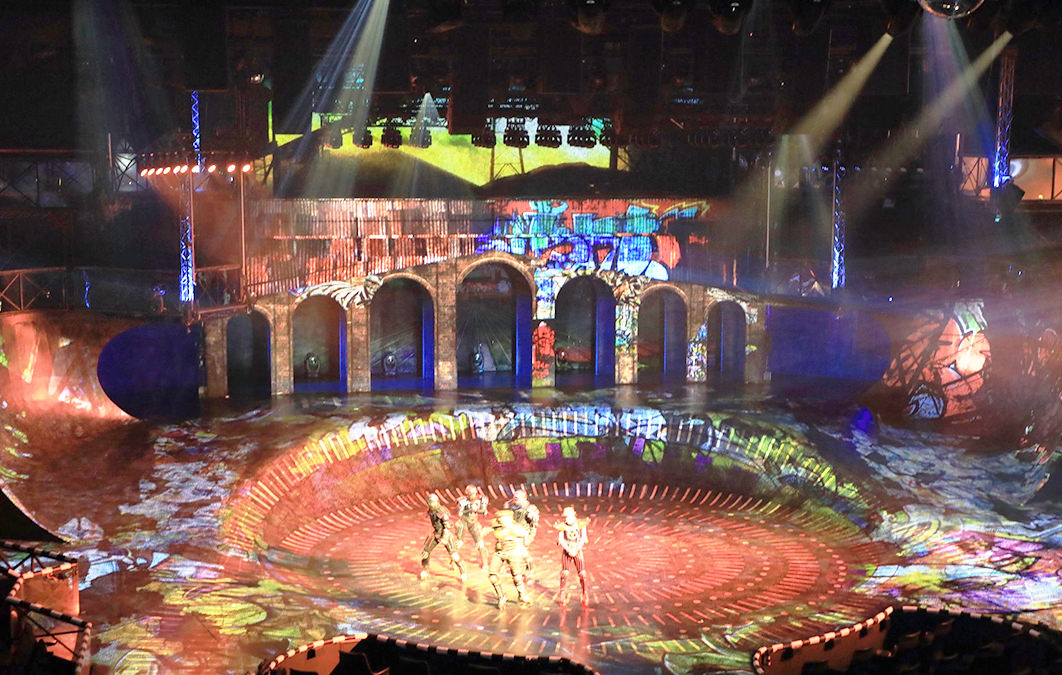 Duncan further explains that, “We were able to previs many of our looks within disguise in the weeks leading up to the production period. This gave the whole creative team a real understanding of what the content would eventually look like.”

According to Programmer Emily Malone, disguise’s QuickCal “was a feature we heavily relied upon. One of our main projection surfaces is the floor, which is quite a complicated set of curved surfaces covered by 12 projectors. With QuickCal what would have been a difficult and very laborious focus is now a very straightforward methodical process.” 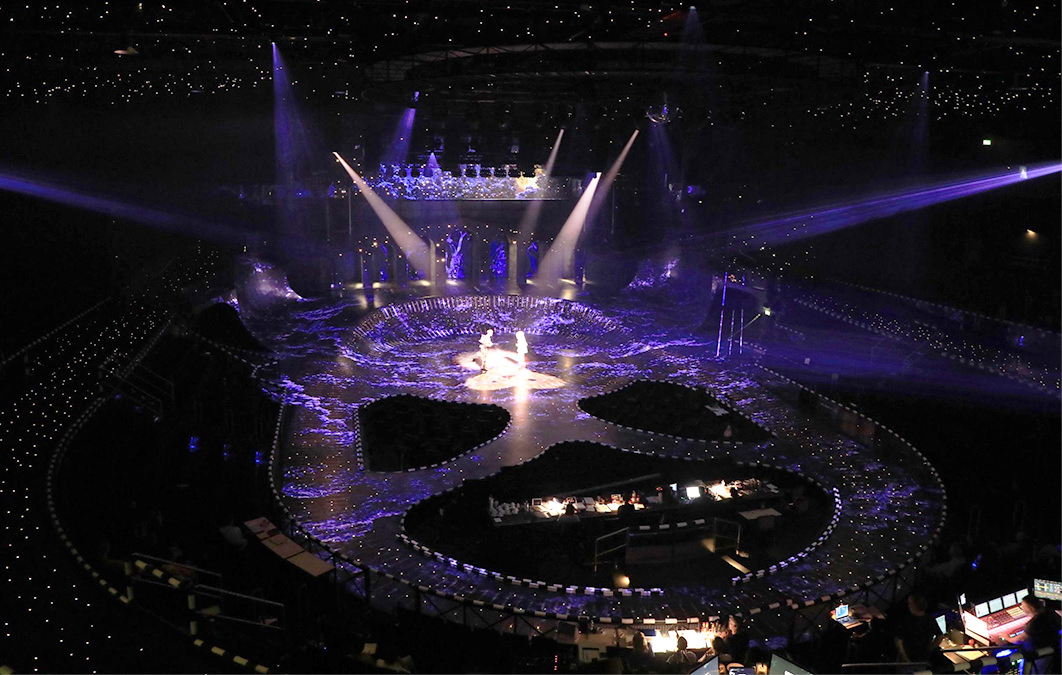 Emily adds that, “disguise allowed us the flexibility we needed during rehearsals, where ideas were constantly evolving, and the visualiser was an absolutely invaluable asset. Interactions with other show elements were intuitive to set up, and the Multi-Edit sessions allowed us great freedom in how we worked.”

The production demanded that Duncan’s team “push the system as hard as we possibly could, with a raster of 6000 x 5000 pixels running off of one 4x4pro,” reports McLean. “The media server handled extremely well. As always, support from disguise was impeccable!”