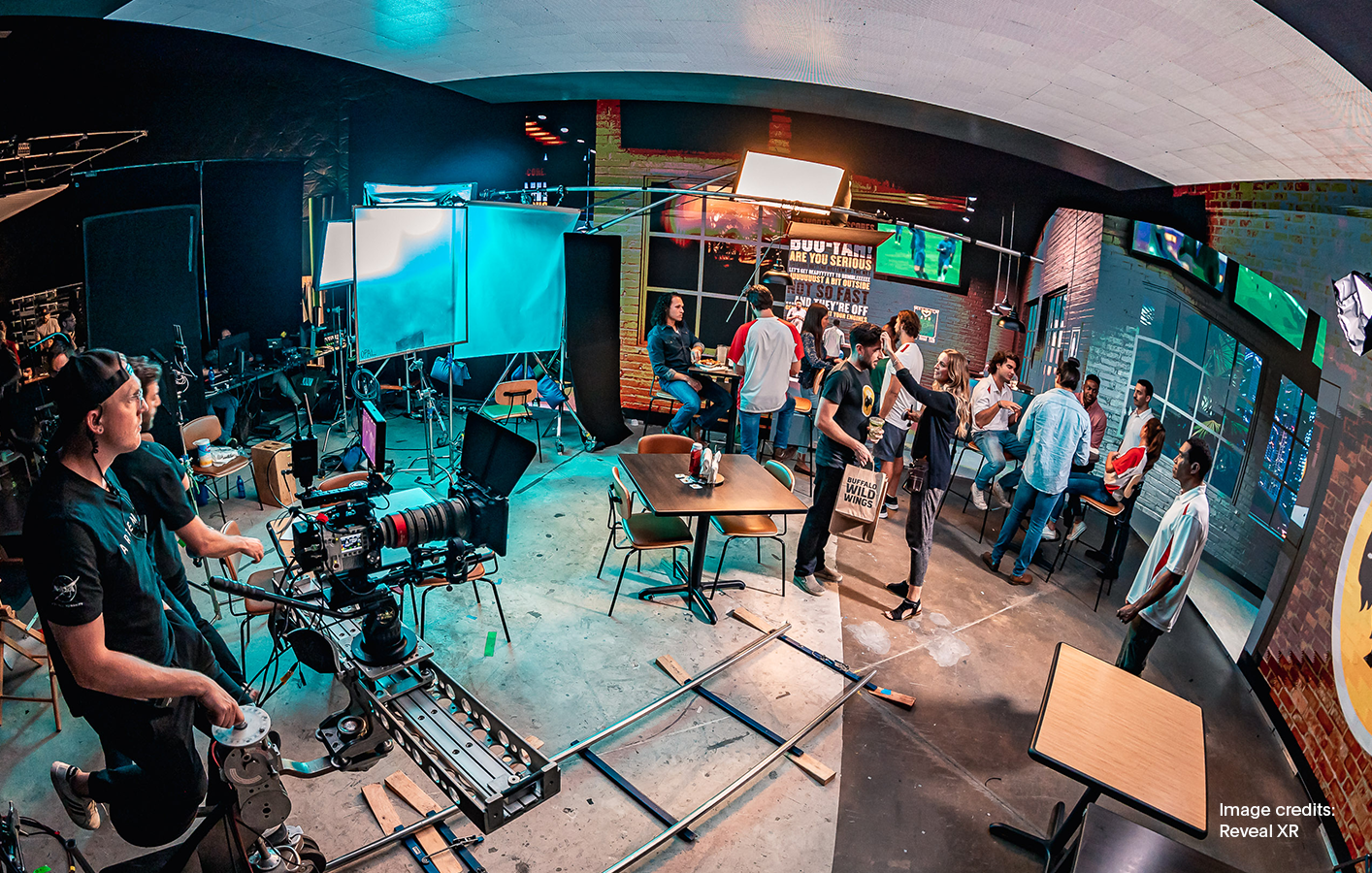 When Inspire Brands, a global multi-brand restaurant company, needed commercials for Buffalo Wild Wings that were targeted to multiple international markets, it approached Atlanta-based Reveal XR with the goal of finding a way to shoot the content without travelling to multiple locations around the world. In this case study you will discover how Reveal XR, a strategic partner and vendor to Inspire Brands, utilised a disguise vx 4+ media server to enable Buffalo Wild Wings to circle the globe without leaving the studio.

Originally a single FIFA World Cup 2022 international commercial quickly pivoted into multiple marketing deliverables once Reveal XR presented Inspire Brands with the efficiencies of virtual production. Inspire Brands benefited from customised digital environments, created by Reveal XR and driven by the disguise workflow, which provided incremental ROI by saving the time and expense of capturing on-location footage around the world.

In its Atlanta studio, Reveal XR created digital settings for three restaurants in different parts of the world, as well as specific home environments for families and friends watching the World Cup in Mexico, Saudi Arabia, the UAE and India. Three shoot days driven by Unreal Engine creative meshing through disguise vx 4+ resulted in capturing about 75 percent more content than traditional production workflows over the same time period at a third of the cost. In addition to the live action footage captured, Reveal XR produced hundreds of lifestyle photos and motion controlled tabletop food photography to support the campaign all within the same timeline.

Reveal XR not only had a limited amount of time from concept to delivery, but once the Buffalo Wild Wings team realised the opportunity to create more content, the ideas seemed to keep growing. Understanding both the opportunities and the boundaries of the technology are the strengths of an experienced virtual production team.

A big fan of 1:1 test/prep days to shoot days, Reveal XR followed the test-and-verify method to ensure that creative solutions could be triggered if needed and to encourage a level-headed, stay-calm approach should any issues arise. This kind of forethought allowed Reveal XR to make the most of the shoot and its outcome. 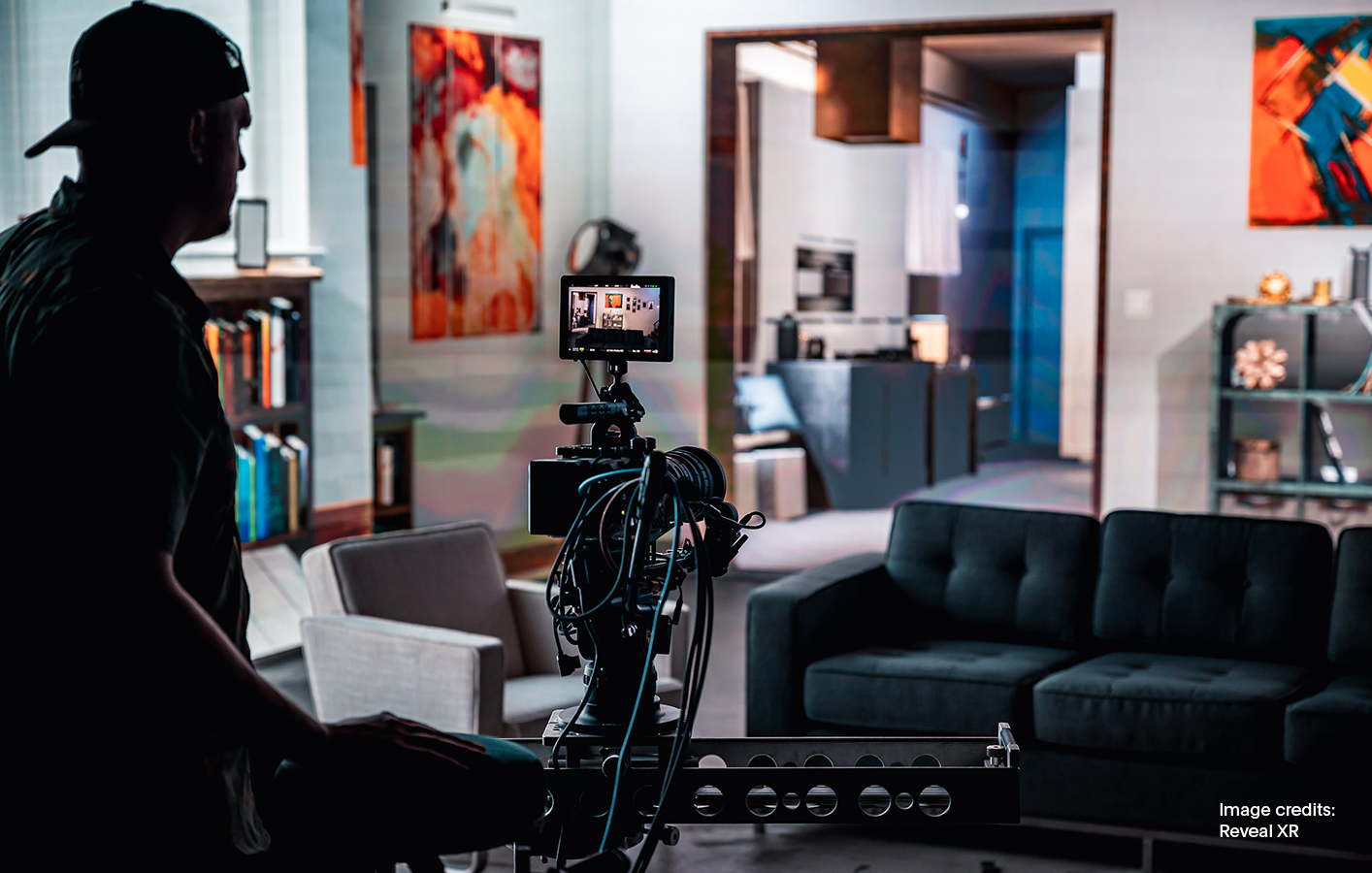 Reveal XR’s studio was outfitted with a single disguise vx 4+ media server and two disguise rx II rendering platforms connected via a 100G networking backbone. With 100G networking on board and major video processing improvements from its vx 4 predecessor, the recently-released vx 4+ was made for heavy virtual production environments and complex compositing.

Reveal XR believes the xR set calibration tools built into disguise are the best in the industry. Each utility is purpose-built and efficient, with recent updates cutting down the time required for spatial calibration by a significant factor. Combined with the ability of disguise to interpret tracking data from nearly any source, and without any pre-calibration, the team found it “difficult to imagine using any other solution in a demanding virtual production environment,” according to Chad Shockley, Reveal XR Executive Producer.

disguise servers are extremely stable and resilient machines. Once a stable configuration has been achieved within the studio, we can rely on disguise to maintain that environment across multiple days of shooting without issue. We also rely on the advanced networking offered by disguise. The uncompressed RenderStream workflow allows us to maintain multiple workloads for both front plate and back plate elements as well as multiple render targets in the form of live textures within those workloads.

Reveal XR was especially pleased by the astounding amount of content it created in three production days for the commercial campaign directed by Roman Johnson. The client also realised the many applications that are possible using virtual production technology – a real eye-opener for future projects.
“In a world where brands and clients are looking to maximise their marketing dollars, I cannot think of a better place to start than with a conversation about virtual production being the foundational solve to the creative challenge,” says Shockley.

Client satisfaction was the big winner in the Buffalo Wild Wings commercial campaign, according to Reveal XR. Experiencing virtual production first-hand eliminated any remaining level of scepticism about the process. Seeing the digital environments run through the camera and the disguise layer, the composited version became very real to the client as Buffalo Wild Wings filled the cravings of fans around the world within the confines of Reveal XR’s studio. 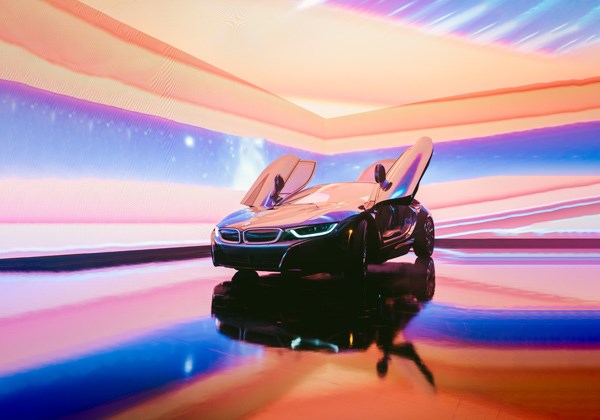 On set with Reveal XR