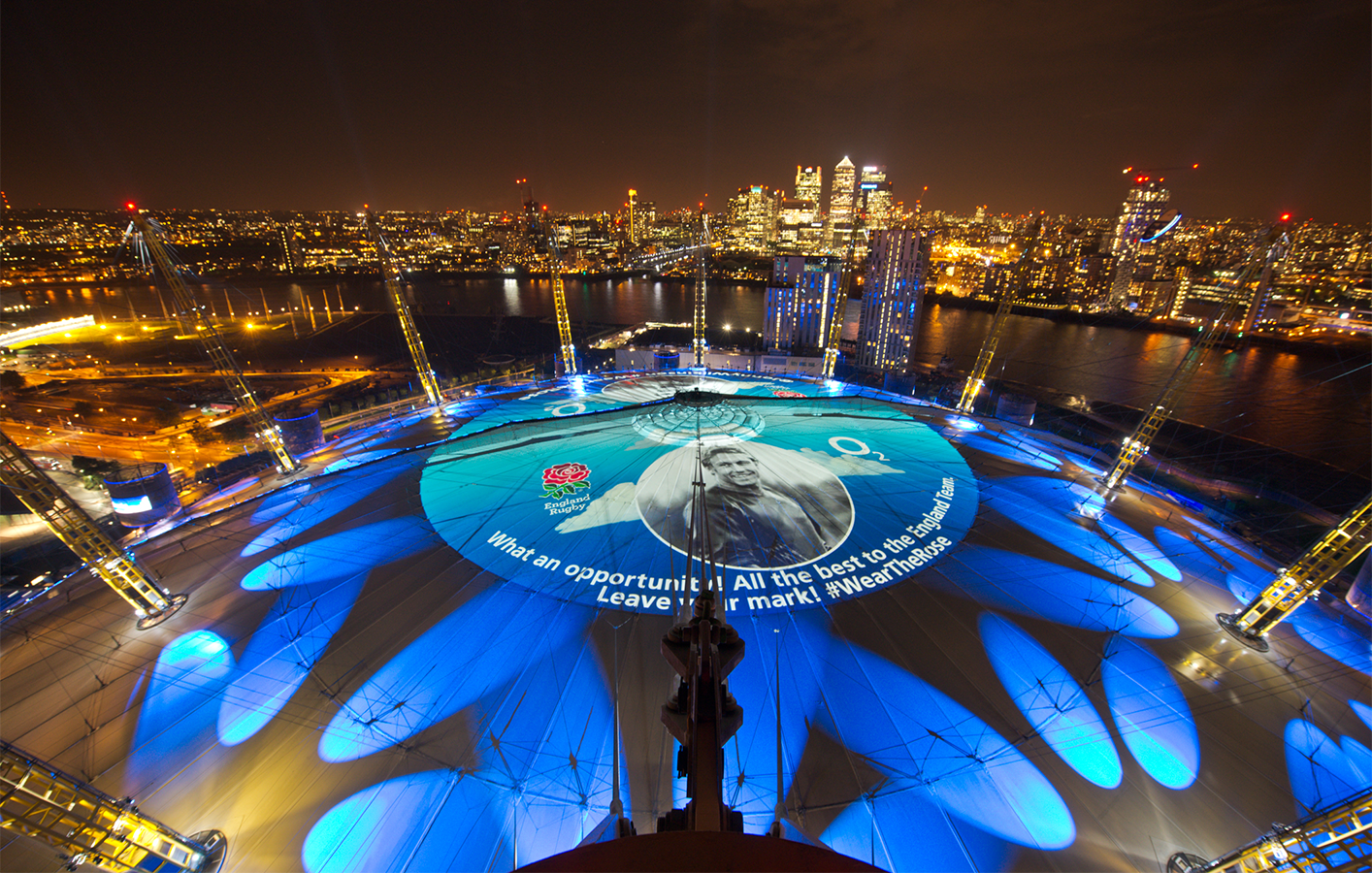 Pixel Artworks take on the O2 dome as a projection surface for the Rugby World Cup with their ambitious installation.

No doubt about it, it was a bloomin’ exciting evening. “Wear the Rose,” the multimedia campaign to generate excitement among England Rugby fans in the run up to The O2’s England Rugby Campaign, culminated in a record-breaking projection mapping on the roof of The O2.

The send-off concert for the national team England Rugby showcased the world’s largest projection mapping to date. Official anthem singer, mezzo soprano Laura Wright, performed “Jerusalem” from atop The O2 as perpetual rose animations were projected onto the immense canvas of the roof below her.

At The O2, masses of animated time-lapse red roses bloomed in synch with Wright’s performance. As she finished a single perpetually unfolding red rose resolved to England Rugby’s signature red rose logo. Real-time Tweets from fans were integrated into the projections in a further salute to the national team.

The vast projection was visible from the Thames River, from the air and even from space. Sixty-eight projectors and 144 moving light fixtures were attached to the interior and exterior of the masts on The 02 to enable the projection. They covered a surface area equal to ten rugby pitches. The entire show was synched with the LED screens surrounding The O2 to create a full-360 fan experience.

“disguise is a very powerful tool for this scale of projection. We have been running a number of different shows since the installation. From interactive, web-based Twitter systems to helicopter shots, live music performances and the projection mapping, disguise has been the best tool for all of them.”

“We chose disguise for its accurate auto calibration, which allowed the use of the automatic blending tools,” says Scott Millar, a design technologist at Pixel Artworks and project manager for media systems on The O2 event. "The disguise QuickCal, Web Modules and Dynamic Blend features were all key in making this project happen. It would not have been possible to get the sharp line up, overlaps or blending without these tools.

“With 24 video channels on a 115-meter curved dome surface, this would have been very difficult to achieve manually or with any camera tools,” Millar explains. “From the content side we used a number of live video and web HTML5 inputs to bring real-time interactive images into the show.”

The important role of disguise began in pre-pro. “We used dis alongside other packages to calculate all the angles, lenses and rigging solutions before building them 80 meters in the air,” Millar notes. “disguise allowed us to check various scenarios, the number of projectors, projection areas and more.”

He believes that the disguise comprehensive package of software and hardware enabled his team “to have confidence that the process would work. We didn’t have to worry about building hardware and testing software.”

In addition, Millar praises the customer support provided by disguise. “We used a pre-launch version of new r12 software, which ran perfectly on site,” he recalls. “This allowed us to access and test new features that were not available in r11.3. And when we had some questions about the best way to set up the show, disguise was on hand to help.”

The perpetual rose animation played every night during the O2’s England Rugby Campaign tournament throughout October. 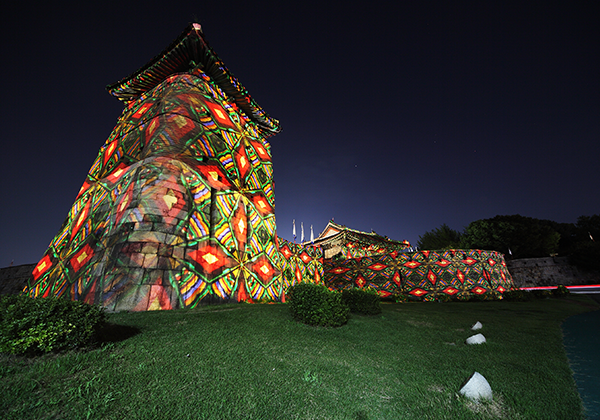 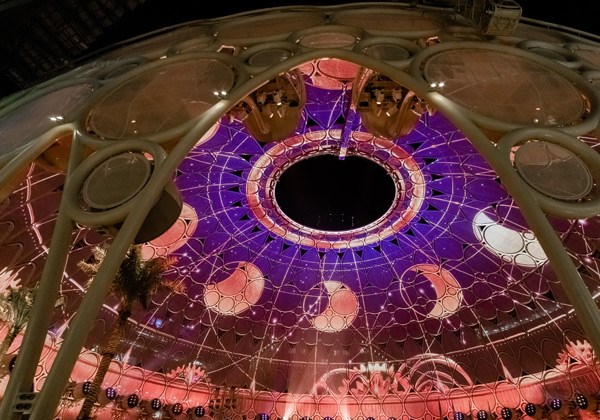