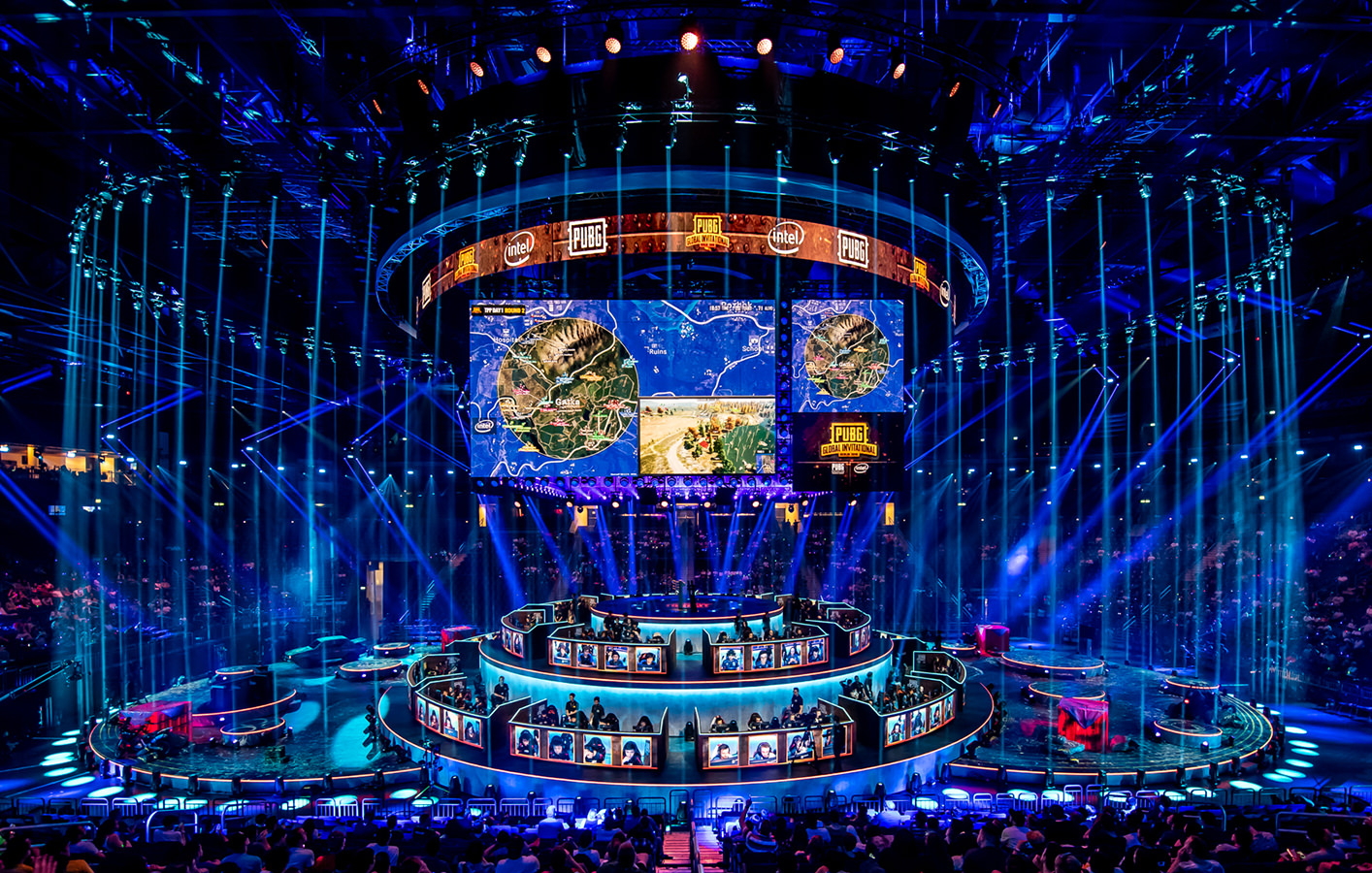 When the PUBG Global Invitational 2018 was held at Mercedes-Benz Arena in Berlin there was no doubt that the competition featuring 20 top professional ‘PUBG’ (PlayerUnknown’s Battlegrounds) teams from around the world would be explosive. Amsterdam-based show creator Live Legends was challenged to craft a tournament open that would capture the excitement of the event and its $2 million pool of prizes. 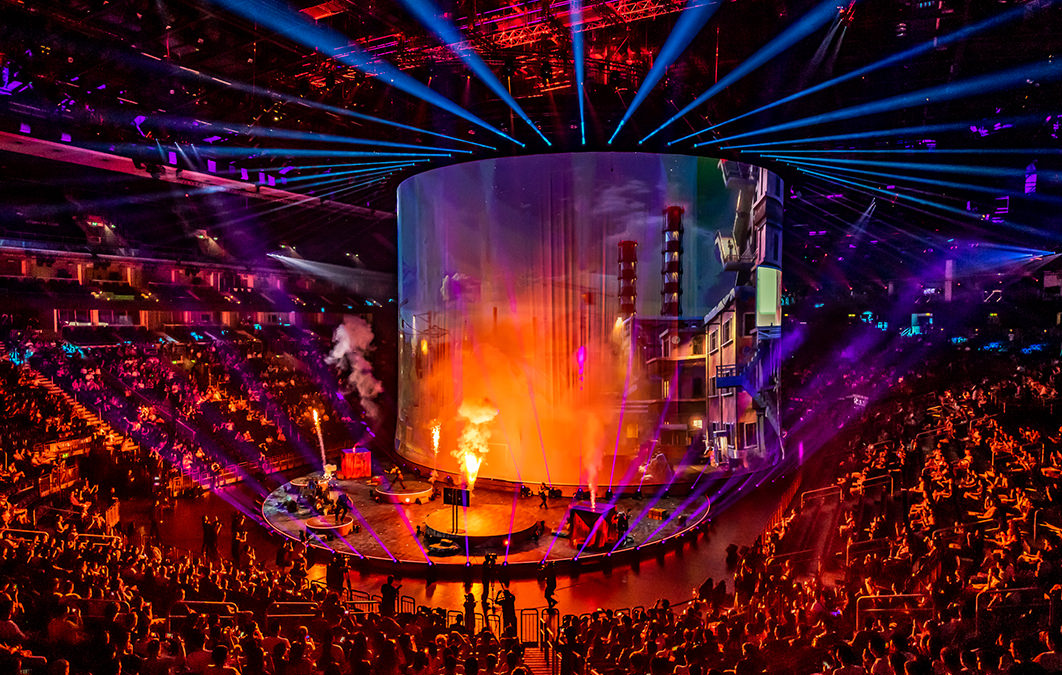 “In ‘PUBG’ people jump from an airplane onto an island or a desert area. There they find objects like weapons, ammo, armor, medic kits and boosters. During the game a deadly electric field circle gets smaller and keeps the battle going. At the end of the game one person, duo or squad is left alive,” explains Dave van Roon, Senior Media Server/Video Specialist with Live Legends.

The show’s set design had a circular theme with the squads positioned on two concentric levels. “Each squad sat behind an LED screen showing their team logo or their webcams, if they were still alive,” says Dave. “Above the stage a four-sided LED screen showed live feeds from the game, so everyone in the audience could follow the event. For the opening show a curtain cylinder was lowered around the stage. With projection on the cylinder, the floors of the two side stages and scenic elements such as crates, real-life paratroopers, violinists, pyro effects and a lighting show reenacted the game.”

With projection being at the centre of the show, Live Legends used disguise’s new Lux and OmniCal features extensively in this show.

The new Lux visualiser includes ambient occlusion, directional light, camera exposure simulation, glow, shadows, and physically correct units. Dave explains how Lux was put to use to calculate projector efficiency for the show’s complex visual palette, “based on the data returned from Lux we decided to use 48 Panasonic 30,000 lumen projectors - 32 for the cylinder in two equal rows and eight for each stage,” Dave explains. “Ideally the cylinder projectors would have been positioned on the balcony rail, in 16 double stacks, evenly distributed, with the floor projectors flown from six rigs. After looking at available rigging points, the audience seating and the emergency exits we ended up with five quad stacks on the balcony and eight rigs, which couldn't easily be reached as no cherry picker or platform lift was allowed in the venue. “Lux showed these positions would still be viable, but it wasn't going to be an easy job,” he continues. 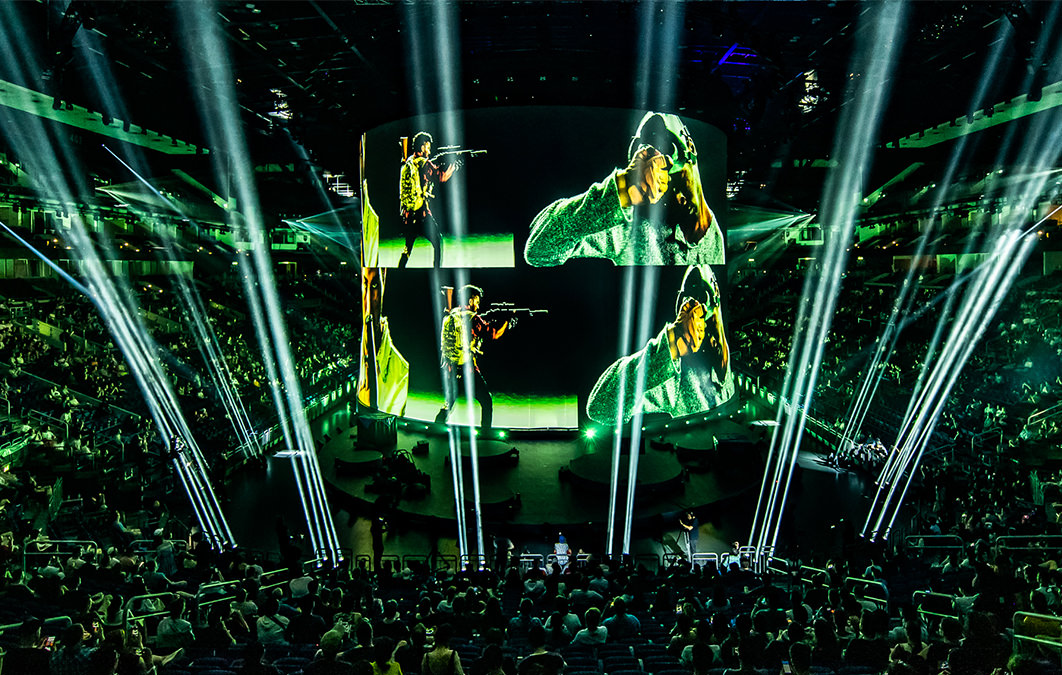 “Normally you would calibrate the projectors with disguise’s QuickCal, which is a really quick system compared to manual calibration. Still, you could easily spend half an hour per projector to make it look really good. With 48 projectors that meant a minimum of 24 man-hours, but that amount of time was not available at the venue. We had just one night to get things done - which is why we chose to use OmniCal on this project,” Dave declares.

OmniCal is a camera-based projector calibration engine that has been designed to dramatically improve projection quality and setup time.  “It uses cameras to film patterns projected from the projectors, and based on the parallax differences captured by the cameras it can determine the projector positions,” Dave points out. “Using a basic OmniCal set on four iPods we could calibrate all of the projectors in just a couple of hours. It made an otherwise impossible job a breeze!”

“The way disguise handles projectors is helpful in any projection job, it proved to be a game changer using OmniCal for this project." 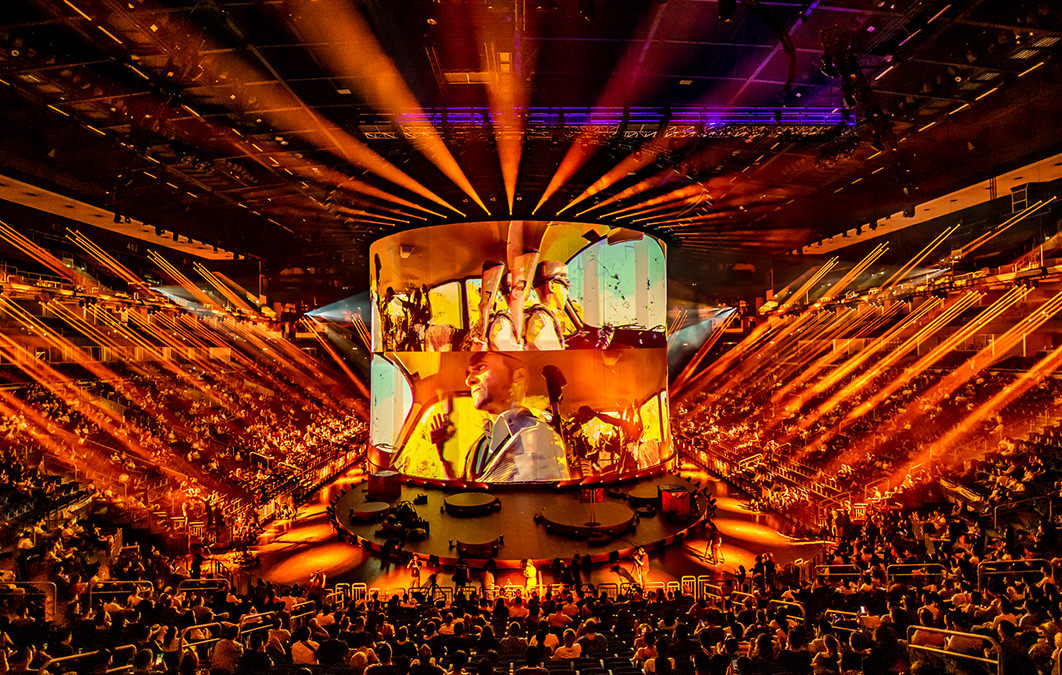 In addition to providing rapid projector calibration, OmniCal solved a different challenge. “Normally, with QuickCal, you can use calibration points to figure out the positions of projectors, so disguise knows which parts of screens it has to send to the projectors,” says Dave. “It will always show your 3D model the way you set it up: If you build a 3D cylinder it will be a perfectly straight cylinder. A curtain stretched between two trusses, however, will have the natural tendency to form a curve, making an hourglass shape. Warp deform could compensate for this but would result in more labour. The detected blobs in OmniCal form a point cloud, which can actually be used to deform the 3D object. So the 3D object would take on the hourglass shape, eliminating the need for warping.”

Dave himself went to the disguise office in London for OmniCal training so he could become familiar with the system. “It is easy - plug and play,” he reports. “Point cameras, run capture, calibrate, align, done. It is quite heavy on the system, so it is important to think about your setup, use the right equipment and infrastructure.”

“But once it was up and running and the last alignment point was set, it was BAM! In place, done, looking good. It just snapped into place."

By the order of Michael Thuney (Production Associates) Live Legends took care of the full performance of the set, light and content design for the world final of PUBG.

"I admit that beforehand we had our doubts, as the show’s set was really big, the positioning in the venue was far from ideal and all the angles were too slanted. But OmniCal didn't care. It just worked!”